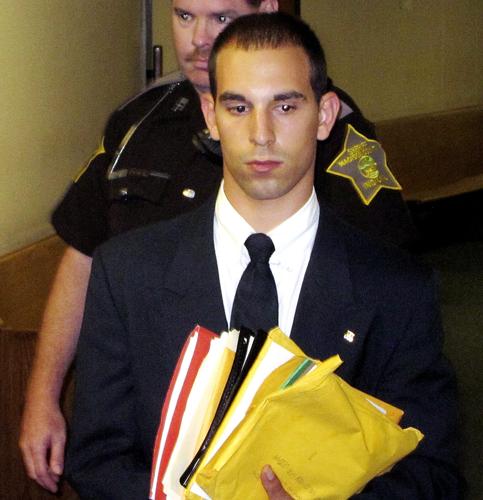 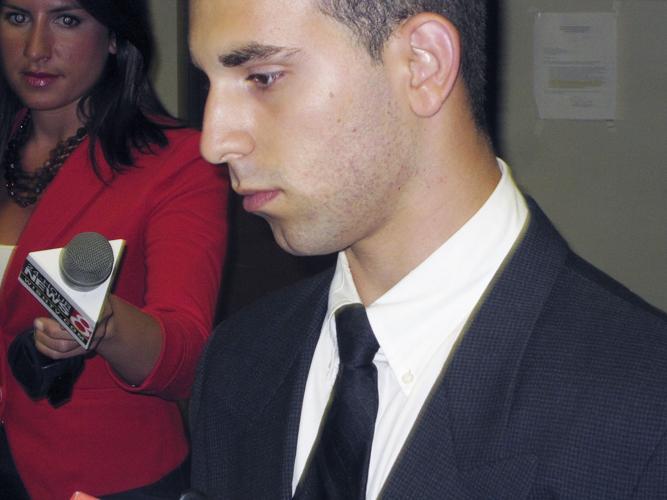 Louis Amalfitano exits the courtroom after being found guilty involving the imprisonment of Anna Turner.

Louis Amalfitano exits the courtroom after being found guilty involving the imprisonment of Anna Turner.

A jury on Thursday evening took about 40 minutes to convict a man on eight of nine charges in the captivity, battery and exploitation of a 65-year-old Anderson woman.

Louis Amalfitano, 21, was convicted of the felony charges after a two-day trial. He is the latest defendant found guilty of crimes against Anna Turner. She was found starved, beaten and clinging to life after police conducted a welfare check in May 2009 and found her locked inside a tiny, squalid room in a house in the 2300 block of Fletcher Street.

“There is no help for him because he doesn’t want any help,” Turner said of Amalfitano in a telephone interview Thursday after learning of the verdict.

Amalfitano did not take the stand in his defense. He said nothing as sheriff’s deputies escorted him from the courtroom to the Madison County Jail after his conviction. He was convicted of confinement, battery resulting in serious bodily injury, two counts of exploitation, two counts of theft, obtaining a prescription by fraud, and one of two counts of possession of a controlled substance.

Turner testified Wednesday that Louis “was always beating on me, and he always used his fists.” She said he also cut her head, after which, “I was covered with blood.”

The trial also included testimony against Amalfitano from his brother, Vito, who pleaded guilty as a juvenile to two charges against Turner that he committed when he was 17.

“He was the boss of the house,” Vito said of his brother from the witness stand.

Prosecutors said Vito fed and tried to care for Turner in the home where she had been forced to live in a room with only a soiled mattress and was subjected to routine beatings. “I was trying as much as possible to help,” he testified.

“Imagine how difficult that was for him to come in and testify against his brother,” Madison County Prosecutor Rodney Cummings told jurors in his summation.

Cummings showed witnesses and jurors pictures of Turner’s living conditions and the injuries she sustained during months in captivity. She lost 36 pounds and required several days of hospitalization after the ordeal.

“She was clearly under the domain of this man,” Cummings said, pointing to Louis Amalfitano. “He was the man who ran the show.”

Cummings also read from a letter to Louis from his girlfriend and co-defendant, Stephanie Cole, 23. The letter criticized Amalfitano for Turner’s daily torment. “You and your brothers are going to cause her to die,” Cummings read to the jurors from Cole’s letter.

“He’s enjoying this,” Cummings said of the defendant. “It’s absolutely appalling what this man did.”

Authorities said people in the house where Turner was found stole her Social Security checks and prescription medication in addition to the abuse she suffered.

Defense attorney Richard Walker urged jurors in his closing argument to consider inconsistencies in Turner’s testimony. He pointed to witnesses who said they never saw anything unusual on visits before Turner was discovered in the condition that prompted arrests.

Walker noted that Amalfitano wasn’t even in the house when police found Turner there during the welfare check. “Is there sufficient evidence to conclude Louis did all those things, and not someone else?” Walker asked jurors.

Cole, who also is charged with nine felony counts, took the stand on Wednesday. She initially accepted an offer of immunity from the prosecution to testify, and began to answer questions on the stand. But during prosecution questioning, Cole stopped answering. Madison Circuit Court Judge Rudolph R. “Rudy”  Pyle found Cole in contempt and sentenced her to 180 days in jail.

Cole’s trial in the Turner case remains scheduled for Nov. 1.

The contempt order against Cole came a day after Pyle found Louis Amalfitano in contempt for violating an order that he and Cole not talk about the case.

Amalfitano and Cole both pleaded guilty previously, but Pyle rejected the plea deals because he said the maximum of 20 years in prison stipulated in the deals was insufficient. Amalfitano faces a maximum sentence of 40 years in prison when he is sentenced at 1:30 p.m. Aug. 1.

Luigi Amalfitano, Louis’ father, was sentenced to 46 years in prison with 34 years executed, after his conviction in the case.

“I forgive them,” Turner said Thursday evening. “Whether God’s going to forgive them, that’s the other side of the coin.”