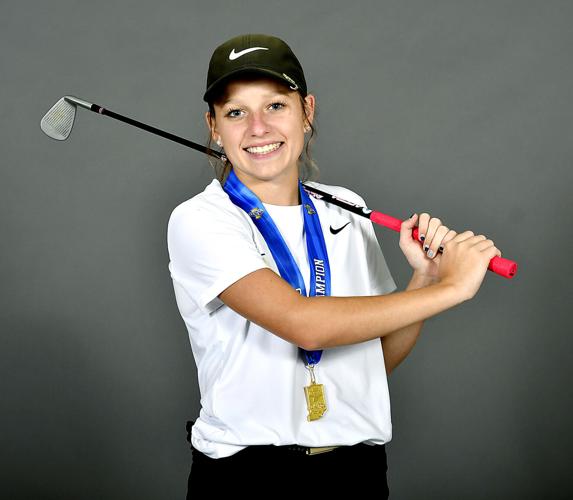 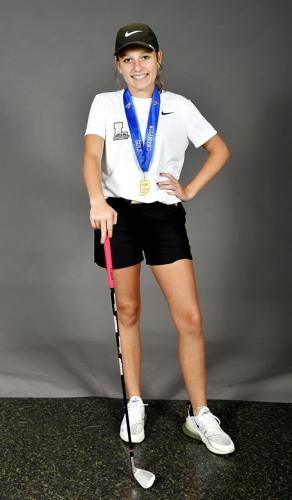 LAPEL — In the 50-year history of the IHSAA Girls Golf State Finals, only seven times had a player won consecutive state championships.

In 2022, Lapel junior Macy Beeson held off competitors at Prairie View to make it an eight-member club with her second in a row. With that win, she has cemented her legacy as one of the greatest athletes in the history of Madison County and has also earned her second THB Sports Girls Athlete of the Year, an award she also claimed after her freshman season in 2020.

Lapel golf’s Macy Beeson is named the Girls Athlete of the Year at the #THBSportsAwards pic.twitter.com/6v4VFKeLKR

After finishing her second round early, she needed some help. Leader Chloe Johnson of Evansville North could not hold a three-stroke lead and missed a par putt on the 36th hole that would have forced a playoff. With that, Beeson’s even-par 144 gave her the championship once again.

“I definitely did not think I had a chance of winning again,” Beeson told THB Sports’ Mike Battreall. “I was down three strokes, and that’s a lot of strokes to lose, so I was nervous.”

Although she came up short of repeating her sophomore postseason run, when she swept sectional, regional and state titles, it was still a remarkable third season for Beeson. She finished the year with an aggregate score of 1-under par overall and engraved her name in the history books for the state, the county and her school.

The next goal for Beeson would be to win a third championship, something that has only been done twice. Martha Foyer of Carmel (1979-81) and Leigh Anne Hardin of Martinsville (1997-99) are the only two to do so, giving Beeson an opportunity to be the first of the century after three previous competitors failed to do so.

“I definitely want to do it again,” Beeson said. “It’s the goal for next season. It’s always the goal. I feel like I can do it again.”

Another streak Beeson hopes to continue in the fall would be her dominance of the Madison County tournament. She has been the county medalist all three years and finished 4-under par last fall, winning the event by nine strokes.

“I shot (two) worse than I did last year, but next year I’ll come out and do better,” she said that day.