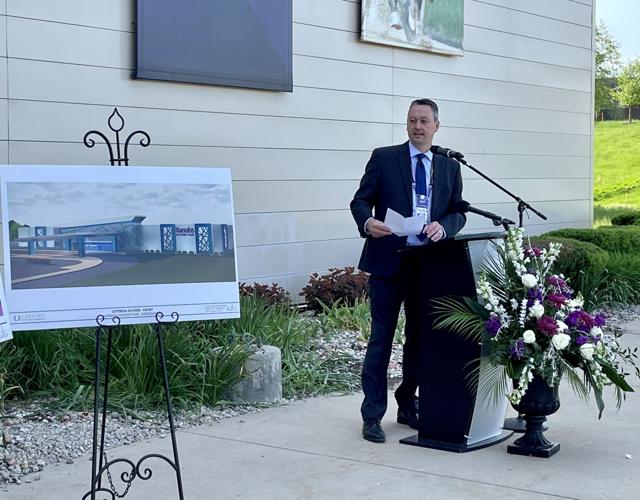 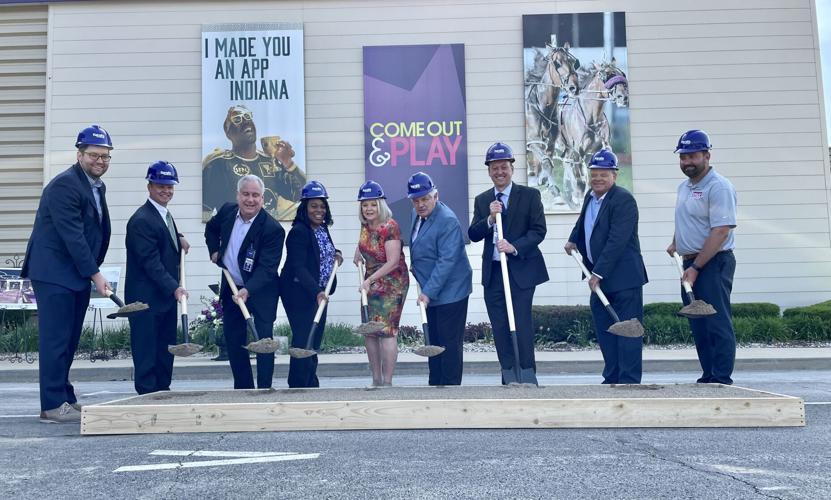 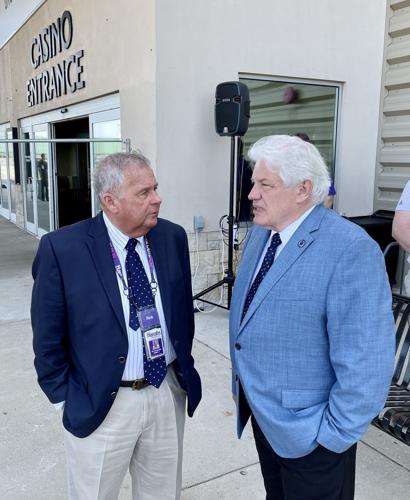 ANDERSON — Harrah’s Hoosier Park Racing & Casino made it official Thursday, holding a formal groundbreaking ceremony for a planned $39 million expansion to the facility’s gaming floor and declaring the project would make the property “one of the best entertainment venues in the state of Indiana.”

The project, which will add an estimated 30,000 square feet to the northwest end of the casino, will allow the addition of 150 new slot machines and 16 table games, as well as other amenities, according to Trent McIntosh, senior vice president and general manager at Hoosier Park.

“It’s been a long time coming,” McIntosh said. “We planned this project after the legislative session in 2019, where we were allowed to bring table games onto the property. At that point, we knew there was going to be a likely additional investment here…that would expand the gaming footprint.”

During months of planning and design work that year, company officials originally targeted mid-2020 for work to begin on the project, but the coronavirus pandemic “put the brakes on everything,” McIntosh said.

Still, the indefinite setback brought with it some unforeseen benefits.

“We had some learning through COVID of some things that we wanted at the property and in this expansion, and that resulted in where we are today,” McIntosh said.

Officials from the City of Anderson, Caesars and the Indiana Gaming Commission hailed the untold economic benefits the project should bring to the area. Along with space to accommodate more patrons, Hoosier Park expects to add nearly 100 new staff members and provide millions in local and state gaming tax revenues.

Hoosier Park’s expansion, they noted, furthers what legislators had in mind when they passed the Indiana Riverboat Gaming Act in 1993, allowing riverboat gaming in the state.

“The pillars of the Riverboat Gaming Act are economic development and employment,” said Greg Small, executive director of the Indiana Gaming Commission. “This capital project fulfills both of those, and offers quality jobs to Hoosiers. We’re excited to see Caesars investing in our state, and we look forward to continuing a successful partnership with Caesars and the state of Indiana.”

The expansion, officials said, cements what was already a positive relationship between the racino and the city.

“I’ve talked to them a lot about their commitment to the community because it’s important to me that they be committed to Anderson and our nonprofits and the citizens and our employees,” Anderson Mayor Thomas Broderick Jr. said. “Circumstances and economics and obviously the pandemic, those things slowed everything down. The fact that they were willing to step up and continue to do what they said they were going to do says a lot.”

Hoosier Park’s dealer school, first opened in 2019 to prepare for the initial rollout of live table games, will continue to train prospective staffers for the additional positions, with classes of about a dozen people completing the training every eight weeks during construction.

“We’re continuing to grow,” said Todd Berendji, vice president of operations at Hoosier Park. “We know that by the end of December and into next year, we’ll have to have a lot more dealers. So we’re already planning on that.”

McIntosh added that, with other updates and refurbishments elsewhere on the property, table dealers won’t be the only jobs Hoosier Park will look to fill in the coming months. He expects a large portion of the applicant pool to be local.

“We’re adding an additional 150 slots, an additional food outlet on the casino floor, additional table games, so several verticals will be adding some amount of staff,” he said. “As always, we’ll do our best to hire from within Madison County.”

Pepper Construction of Indianapolis began work on the expansion of the gaming floor at Harrah’s Hoosier Park Racing & Casino last week week. Renovations are expected to be completed by July 2023.

Amenities to be added during the project include:

There will soon be more room to play at Harrah’s Hoosier Park Racing & Casino.

We’ve all known individuals who have done more than their share to help their neighbors and communities with food, comfort, care, companionship and dozens of other needs. If you know of such a person, you can nominate them to be featured in our upcoming Hometown Heroes special section.