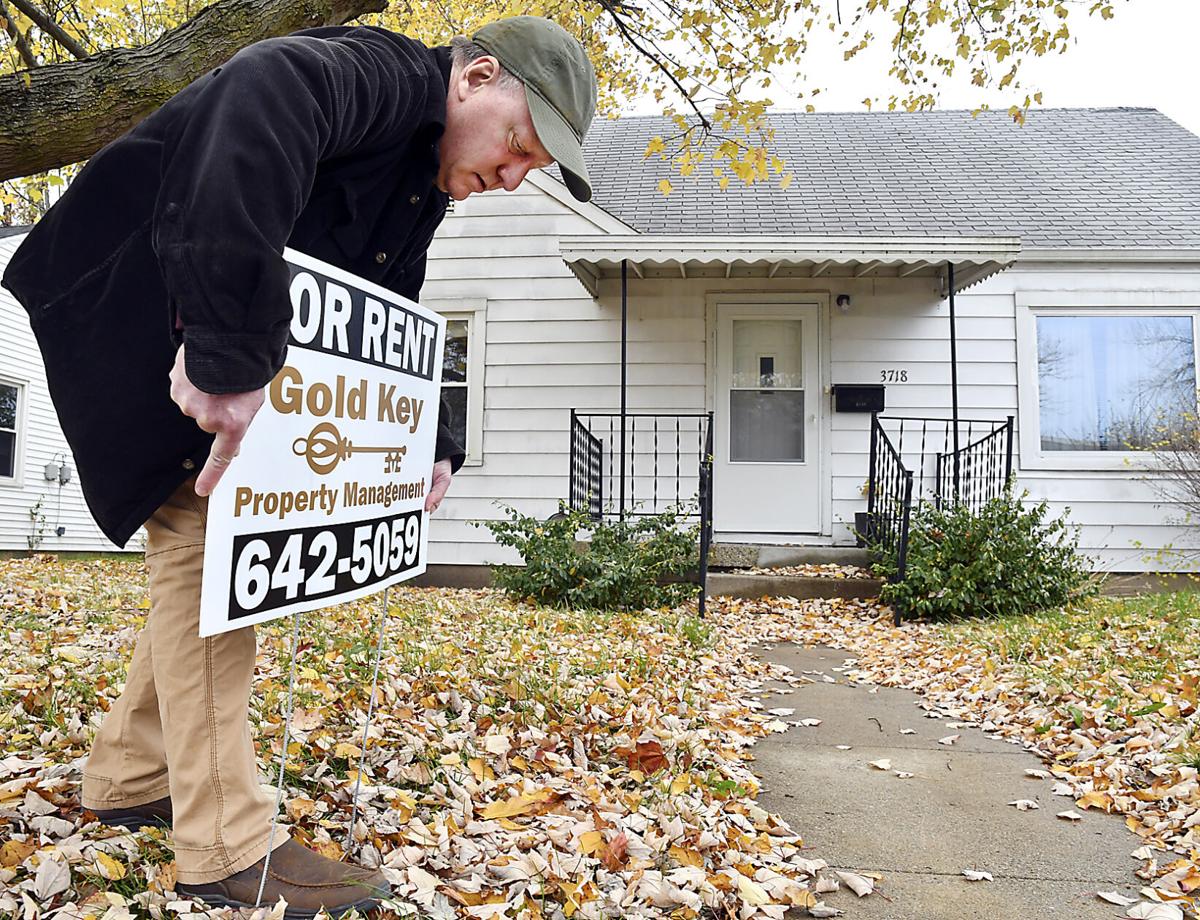 Kevin Holladay of Gold Key Properties places a “For Rent” sign in the yard of a property. He was in the 3700 block of Hamilton Place in Anderson this week. 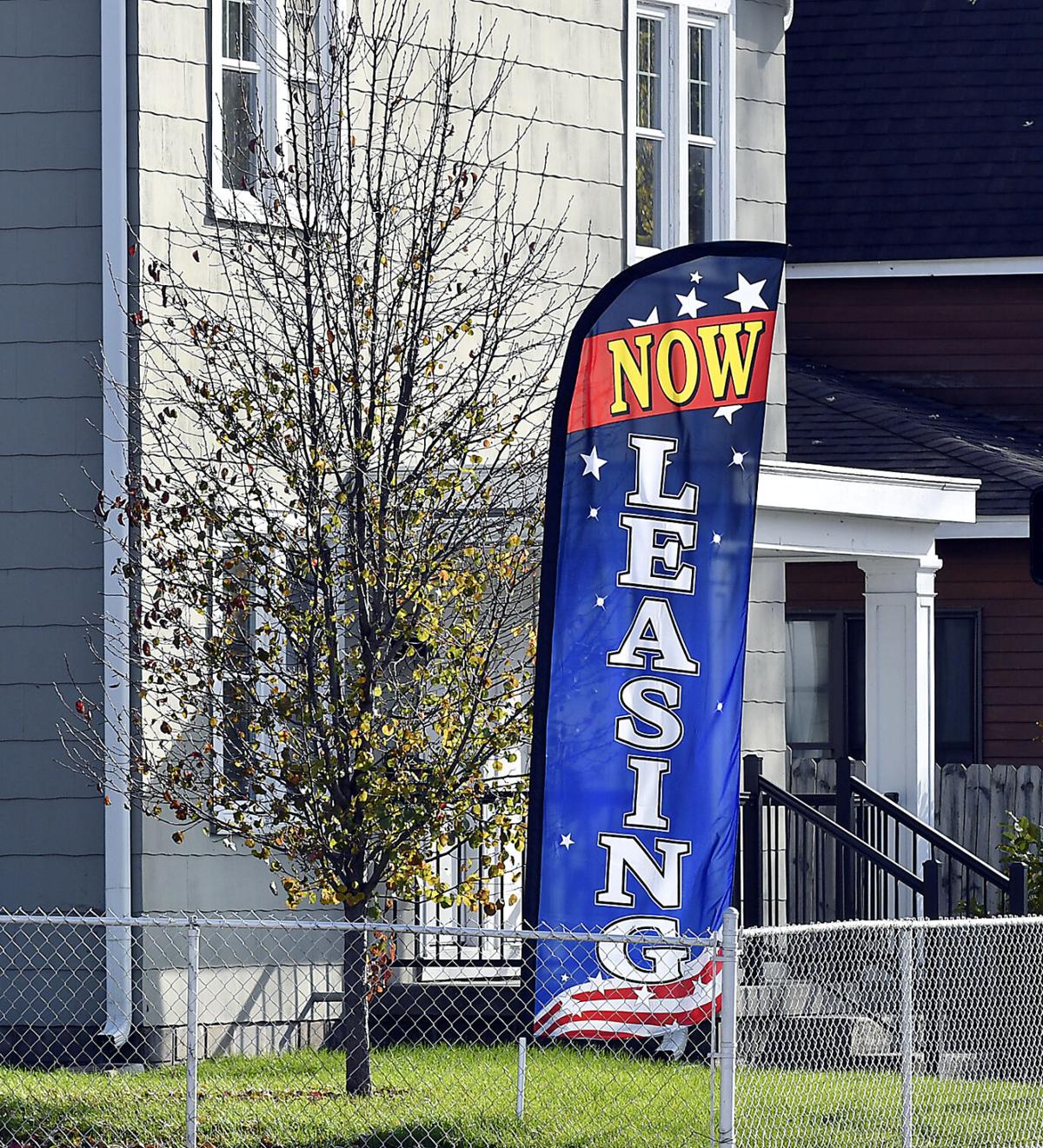 A large “Now Leasing” flag is seen in the front yard of an apartment building on East Eighth Street in Anderson. 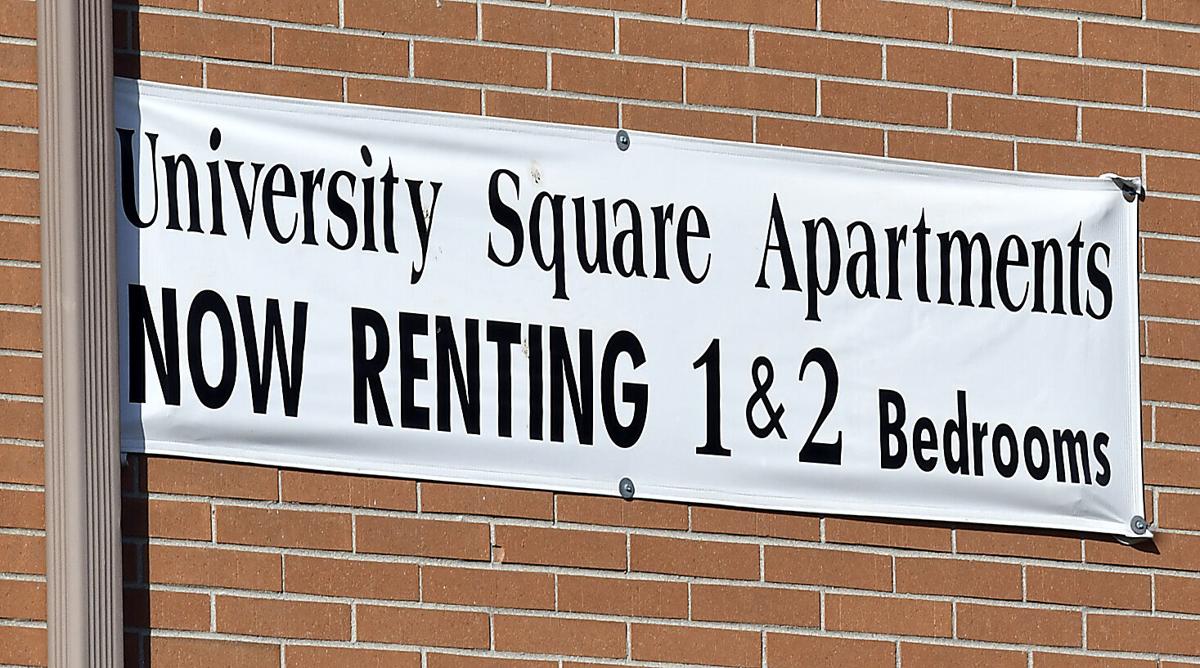 A “Now Renting” banner adorns the side of University Square Apartments at East Seventh Street and Alhambra Drive in Anderson.

Kevin Holladay of Gold Key Properties places a “For Rent” sign in the yard of a property. He was in the 3700 block of Hamilton Place in Anderson this week.

A large “Now Leasing” flag is seen in the front yard of an apartment building on East Eighth Street in Anderson.

A “Now Renting” banner adorns the side of University Square Apartments at East Seventh Street and Alhambra Drive in Anderson.

ANDERSON — A federal eviction moratorium — one of the more controversial measures taken by the Centers for Disease Control and Prevention last year in the fight against the coronavirus pandemic — may be indirectly and partially responsible for a nearly unprecedented surge in apartment rental rates.

Driven in part by an influx of prospective tenants, those rates have soared by 16.4% since January 2021, according to a report by Apartment List, a national online marketplace for apartment listings. For perspective, the report noted that rent rate growth from January through October averaged 3.2% from 2017-2019.

Local property managers find those statistics easy to believe. Gold Key Properties, Madison County’s largest property management company, has seen demand for its listings skyrocket, and prices in some cases have gone up by more than 80%.

“(The market is) considerably higher, to the point that it’s almost shocking, but supply and demand is pushing that market,” said Kevin Holladay, an administrator and property inspector for Gold Key. “It is sustaining itself because inventory is also low, and people are willing to do what they need to do to move forward.”

The federal moratorium on evictions took effect in September 2020 and was extended four times by Congress before a Supreme Court ruling let it lapse at the end of August. During that time, Kim Townsend, executive director of Anderson Housing Authority, estimates at least 85 local families were able to remain in their apartments.

“I have heard that there were a lot of (eviction) filings once the moratoriums were lifted,” she said. “There were evictions during the moratoriums, but they were for nonrental issues.”

The demand for housing has long been seen by many economists as a barometer of economic optimism. But for the last few months, many of them have taken those numbers with a grain of salt. Costs of raw construction materials, more rigorous tenant screening and higher deposits are also seen as factors that have made some rental properties unfeasible for many would-be renters.

“If landlords were losing out on money because they weren’t able to collect rent (during the moratoriums), they are looking for ways to recoup that lost income,” said Brian Carberry, senior managing editor of content marketing for Rent.com, a leading apartment search engine and online marketplace. “In many places across the country, rents are up year over year, so landlords might have the ability to ask for more for their properties now, especially if there is competition and low supply in their area.”

Those circumstances exist in Madison County and elsewhere in Central Indiana, where the housing market rebounded strongly from the early days of the pandemic. The phenomenon, Carberry believes, is driven in part by people who moved in with friends or family to consolidate household expenses are now beginning to look around again.

“As people are looking for places to live, they are more likely to snatch up the more affordable options on the market,” he said. “This leaves more higher priced available units, which will skew that average (rental cost) higher.”

Bringing those costs down, Holladay said, will require a complex chain of events, and the individual links haven’t begun to show themselves yet — and may not do so for a while.

“I don’t know that (the rental market) is going to be able to stay where it is forever, but I don’t know what’s going to turn it back around, if I’m just being real honest,” he said. “Some people are locking down and they’re staying in because they’re struggling to find that extra money, and some people are trying to get out there because they have gotten back to work, but once all the moving parts are back in place, I think it will evolve toward a more sustainable market for everybody.”