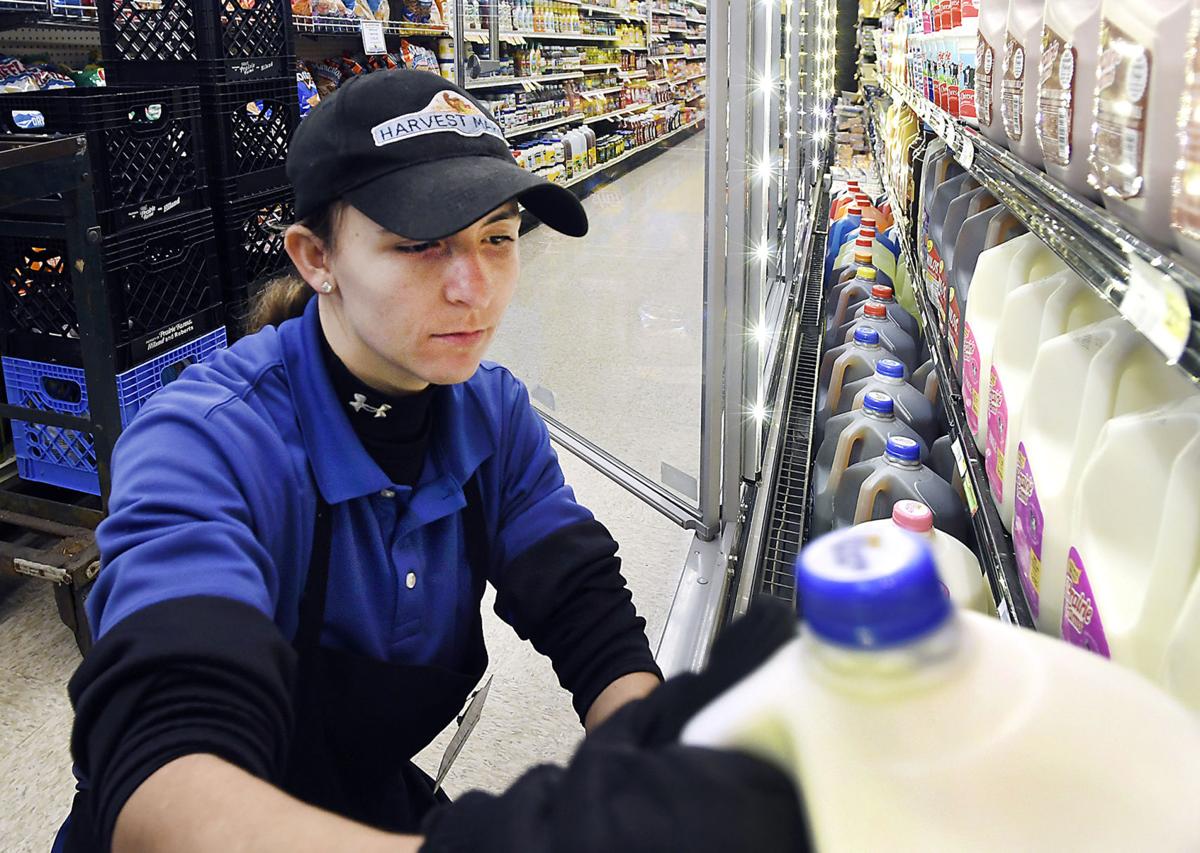 Harvest Market employee Taylor Sarvis stocks the dairy section with fresh milk at their Eighth and Scatterfield store in Anderson this week. According to the U.S. Department of Agriculture, Americans have been drinking considerably less milk for decades. 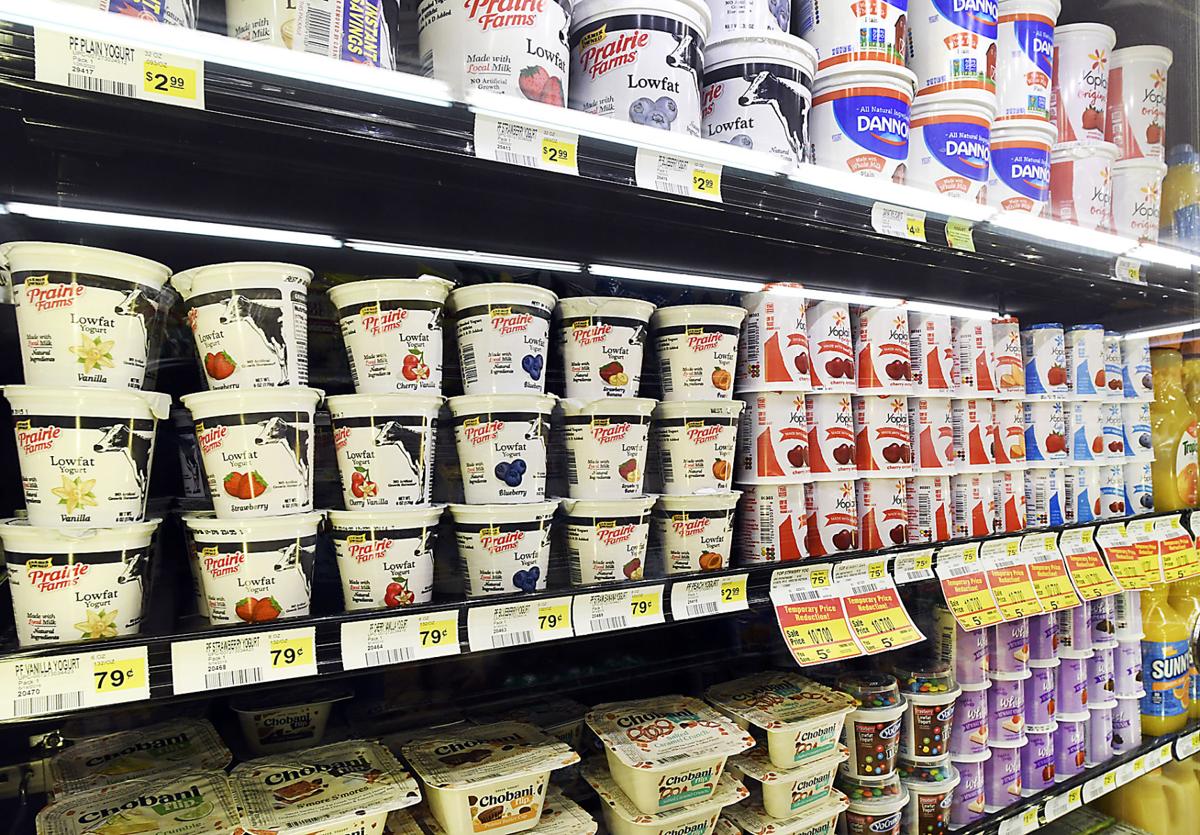 Americans have been drinking considerably less milk for decades but have nearly tripled their consumption of yogurt and cheese products in the same time period, according to the U.S. Department of Agriculture 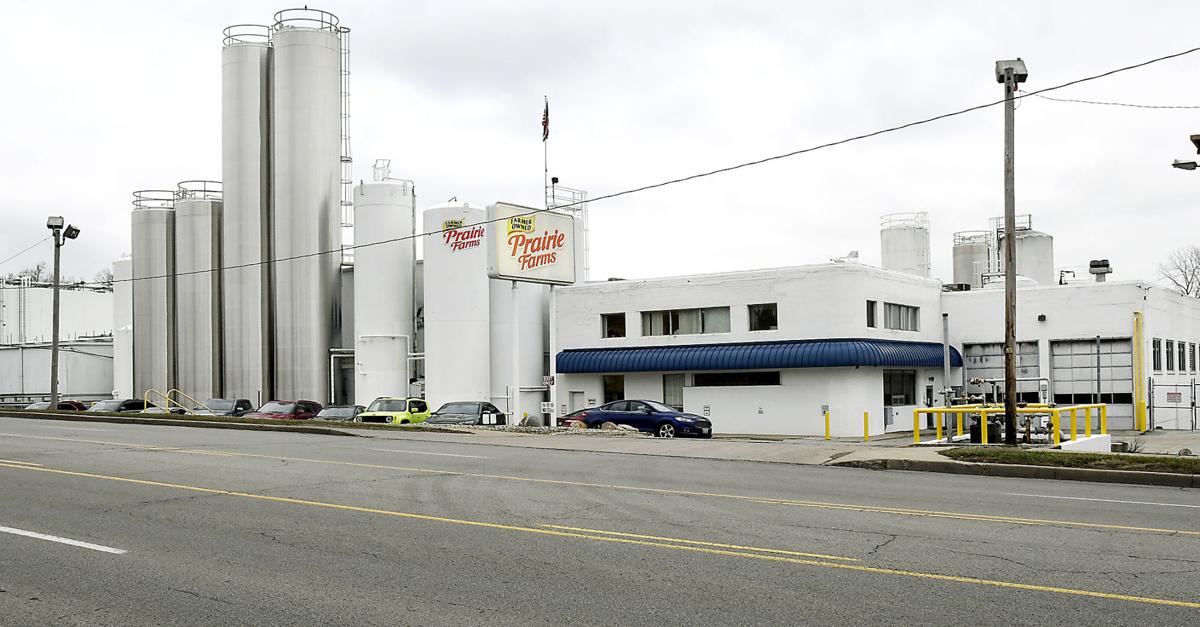 Harvest Market employee Taylor Sarvis stocks the dairy section with fresh milk at their Eighth and Scatterfield store in Anderson this week. According to the U.S. Department of Agriculture, Americans have been drinking considerably less milk for decades.

Americans have been drinking considerably less milk for decades but have nearly tripled their consumption of yogurt and cheese products in the same time period, according to the U.S. Department of Agriculture

ANDERSON – These are undeniably challenging times for dairy farmers in Indiana.

A perfect storm of circumstances in the industry – including continually declining milk consumption, fewer markets for their product and the rise of alternative beverages – has left many farmers facing stark choices about their livelihood.

“Our dairy farmers have been through five brutal years financially,” said Doug Leman, executive director of the Indiana Dairy Producers, a statewide advocacy group. “Most of the last five years they’ve been underwater and just now prices are coming level. That’s no fun, and it’s real.”

Leman speaks from personal experience. A former dairy farmer himself, Leman said financial difficulties made it necessary to close his farm in Francesville in 2011. As recently as 2014, he said, Indiana was home to more than 1,400 dairy farms. That number has dipped to less than 900 today, according to the American Dairy Association Indiana.

The decline mirrors a broader trend which has seen Americans drinking considerably less milk for decades. In 2017, per capita milk consumption was about 149 pounds per year, down from 247 pounds in 1975, according to the U.S. Department of Agriculture.

Perhaps even more alarmingly, the trend is most pronounced among younger Americans. According to USDA data, teens’ fluid milk intake decreased by about 50% over from 1978 to 2006. Concurrently, yogurt and cheese consumption among all Americans nearly tripled in a similar time period from 1980 to 2011.

Those cartons of milk are gradually being replaced on store shelves by a variety of other dairy products. Soy milk, almond milk, yogurt and other items are being touted as healthier alternatives, and they’re being packaged in more convenient forms to appeal to consumers with increasingly hectic lifestyles. Milk producers and processors are being forced to adapt accordingly.

“The challenges that a lot of dairy processors are facing is making their product fit into people’s changing lifestyles,” said Allie Rees, farmer relations manager for ADA Indiana.

“The key word there is innovation,” added Darin Copeland, a spokesman for Prairie Farms, which owns a processing plant in Anderson. “We have to adapt to changing consumer demand in the marketplace for fluid milk and other dairy products. It’s more about convenience now and the way things are packaged.”

Dairy farmers who choose to remain in the business must stay current on a variety of techniques for maintaining the health of their cows and customizing their diets to increase production of certain ingredients. Leman says those topics are regularly addressed at the group’s regional meetings around the state.

“For example, some cheeses come out of the protein of milk, so if you can feed your cows to produce a little higher protein, you get rewarded in that way,” he said. “Depending on the market you’re shipping to, it can change how you feed your cows.”

The picture is not completely bleak, Rees says. Despite tariffs from China, U.S. dairy exports reached a record high in 2018, with manufacturers shipping more than 2 million tons of milk powders, cheese, butter and other products overseas. That demand, she said, should continue to grow.

“International markets want U.S. dairy products,” Rees noted. “They see it as the safest food supply chain in the world, so exports are increasing every year.”

Regardless, many industry experts say, the mindset for dairy farmers and processors alike going forward must be one marked by a willingness to meet consumers where they are.

“Every company, every producer has to continually adapt to the market,” Leman said. “We’re looking for better times in the industry. I just encourage everyone to buy that extra gallon of milk or that extra pound of cheese to help these guys out and support their families.”

2,700: Estimated number of dairy farms that ceased operations in 2019, according to a November bankruptcy filing by Borden, the nation’s second largest dairy company