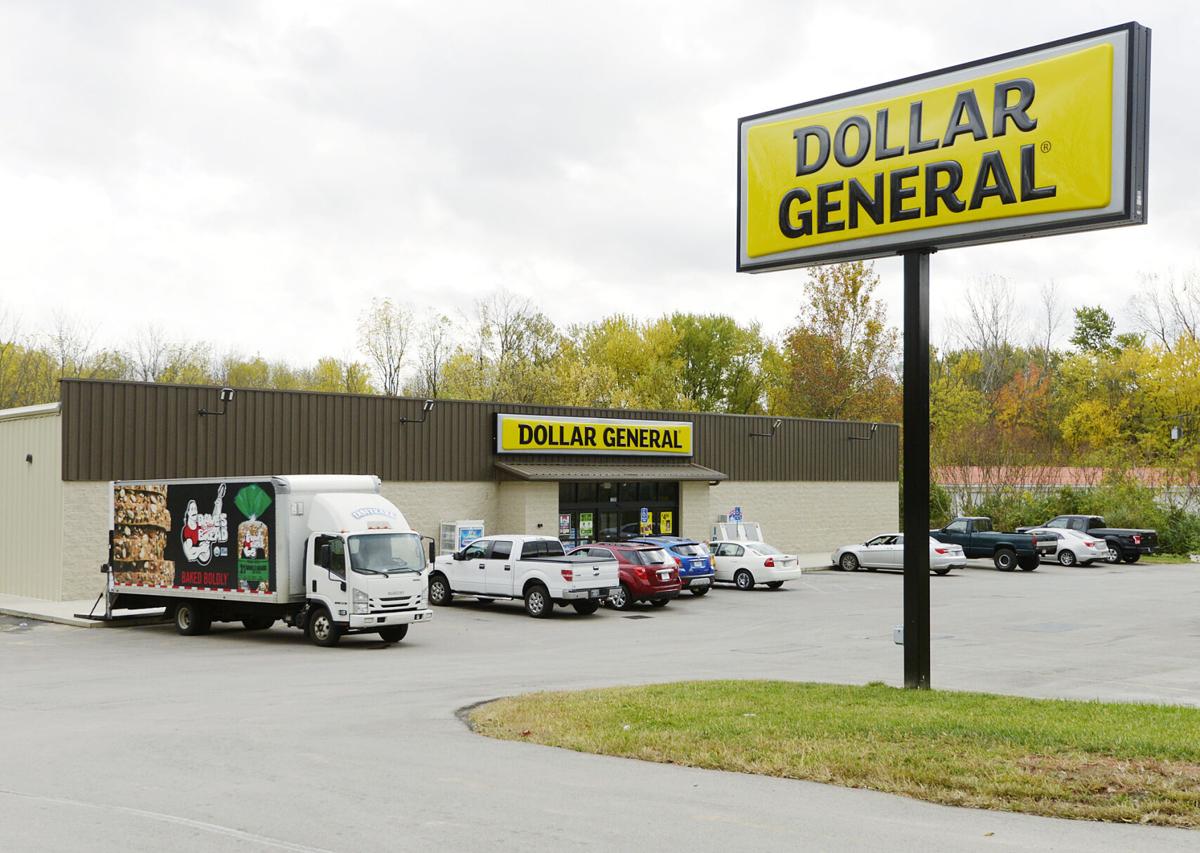 Dollar General’s strategy of placing outlets in smaller communities is evident in Madison County, which is home to 17 of the discount retailer’s stores, including two in Alexandria. 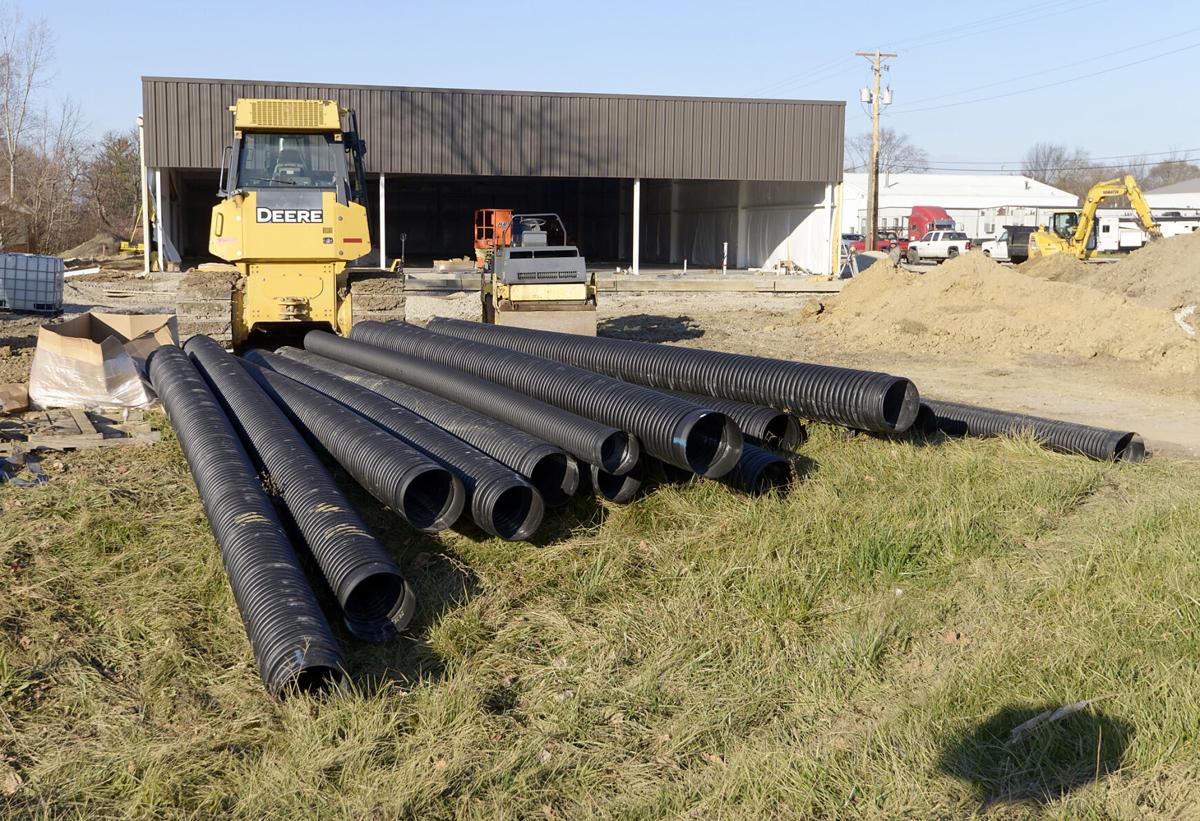 A new Dollar General store is under construction on Indiana 67 in Daleville. According to research from GlobalData Retail, 75% of Americans live within a five-minute drive of a Dollar General, a figure more than double that of Walmart. 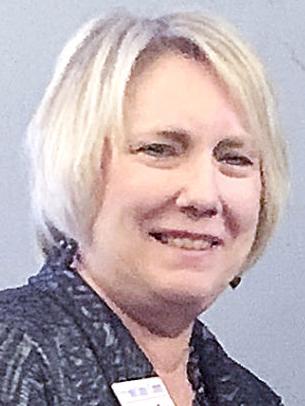 Dollar General’s strategy of placing outlets in smaller communities is evident in Madison County, which is home to 17 of the discount retailer’s stores, including two in Alexandria.

A new Dollar General store is under construction on Indiana 67 in Daleville. According to research from GlobalData Retail, 75% of Americans live within a five-minute drive of a Dollar General, a figure more than double that of Walmart.

ALEXANDRIA — In 2018, when Dollar General opened its second store along Indiana 9 less than two miles north of its existing location, some residents undoubtedly had similar thoughts as Brandon Jones did.

“I didn’t see why the small town of Alex needed two Dollar Generals, but we got them,” Jones said. “They’re all over. You can go through any small town across Indiana and see one in the smallest of towns. They seem to make it.”

In some ways Alexandria, which according to a 2019 U.S. Census estimate has a population of less than 5,000, is a microcosm of the discount giant’s strategy that has contributed to an impressive run of sustained growth. The company has reported 29 consecutive years of same-store growth and, before the coronavirus pandemic struck the United States in mid-March, had planned to open more than 500 new locations this year in addition to renovating approximately 1,000 others.

There are currently more than 16,700 Dollar General stores across 44 states, more than the number of McDonald’s restaurants. According to research from GlobalData Retail, 75% of Americans live within a five-minute drive of a Dollar General, a figure more than double that of Walmart.

The company’s strategy of placing outlets in smaller, underserved communities is evident in Indiana – home to 565 Dollar General locations – and in Madison County, where 17 of the company’s stores can be found. Anderson alone hosts eight of them – including a recently opened store in the old Family Video location at 38th Street and Columbus Avenue – but in addition to Alexandria, Elwood also has two Dollar Generals after the company opened its second location there last year.

“When that (second store) was coming in, I didn’t understand why they were coming into our community,” said Marcy Fry, executive director of the Elwood Chamber of Commerce. “However, now that they are here and I’ve had a chance to talk with both of the store managers, they both get a lot of traffic – not only from our local residents, but people traveling through our community.”

Even as customers in smaller communities take advantage of shorter drive times to pick up household staples and dietary supplies, some residents in larger, more urban areas remain skeptical of the chain’s ability to enhance the neighborhoods its stores inhabit. In Anderson, residents of a neighborhood near Mays Park on the city’s near west side were vocal in their opposition when a developer for Dollar General asked the city council in January 2019 to rezone property near the park for a store. The request was unanimously denied.

“There’s already a few dollar stores within a couple mile radius of that area, so to flood an area that’s a food desert with dollar stores just seems kind of redundant to me,” said Domanic Wills, a small business owner who lives nearby. “Nothing against the dollar stores, because they do provide a service for some areas that don’t have certain things, but at the same time, you don’t want to flood an area with those type of low-quality foods versus nutritious food – fresh fruits and vegetables.”

Many community advocates see the matter in economic, rather than social terms.

Dollar General officials see the issue differently, even taking issue with characterizations of the chain’s outlets as “dollar stores.”

“It’s important to remember that we’re not a dollar store,” spokeswoman Crystal Ghassemi said. “If you were looking at our name, we’re really more of a general store. I think there’s an unfortunate grouping that we get with competitors. Outside of having the same word in our name, that’s where the comparison really ends from other stores.”

Ghassemi said the chain’s merchandise offerings are curated based on customer demand. She pointed to two initiatives the company has undertaken, including an expansion of stores’ private brand offerings and a “Market” concept where by early next year, up to 400 stores – including one in Elwood – will carry fresh produce, as examples of the company’s commitment to “offer healthier food options for customers who may be looking to improve their diet.”

Ghassemi added that approximately 75% of the company’s stores are located in communities of 20,000 or less. The company considers store opening opportunities on a case-by-case basis, taking into account a host of factors connected to the company’s “two main pillars – one being value, one being convenience,” she said.

“If we understand and see a community that can benefit from having a more affordable option on the things that households are going to use and replenish most often, normally we’re going to look at the opportunity to be able to help provide residents with that,” she said. “Outside of that, we’re going to look at traffic patterns – certainly that plays into the convenience factor.”

A MATTER OF ECONOMICS

From a perspective of economic development, local officials say they have little control over a big box retailer’s decision to locate – especially if legal and zoning requirements for a particular area have been satisfied. In Anderson, those conversations are shadowed by the city’s ongoing efforts to attract a grocery store to the old Marsh building on Nichol Avenue.

“When we’re successful – not if – but when we’re successful at locating a new grocery provider in the former Marsh store, how does that impact the (Family) Dollar store right across the street? Or the Dollar General store just down the street?” said Greg Winkler, executive director of the Anderson Economic Development Department. “It’ll be interesting to see what kind of impact that has. They know what they can sell at a cost competitive price and what they can’t.”

In Alexandria, officials said potential customer demographics are only one of a host of factors they consider when having discussions with businesses thinking about locating there. Dollar General, they said, appears to have a strategy that could become more commonplace in the future.

“I think Dollar General and those stores are going to be popping up more and more,” said Alexandria Economic Director Alan Moore. “They’re smart people in terms of their locations and picking locations. In the future I think you’re going to more of that as either the big megastores like Walmart or other stores trying to fill a niche with people who don’t want to fight traffic at Walmart or Meijer.”

Elwood opened its second Dollar General location in 2019, less than three miles from its existing store. The arrangement has worked well for the city, Fry said, as both buildings are on highways through town – one running from east to west and the other from north to south.

“Sometimes you have that (negative) perception – is it being a deterrent to bringing other businesses that might look at our community?” Fry said. “But I’ve not heard that here. I don’t think from an economical standpoint that it is just serving the lower class or maybe those that are underserved. I think it’s serving our community as a whole.”