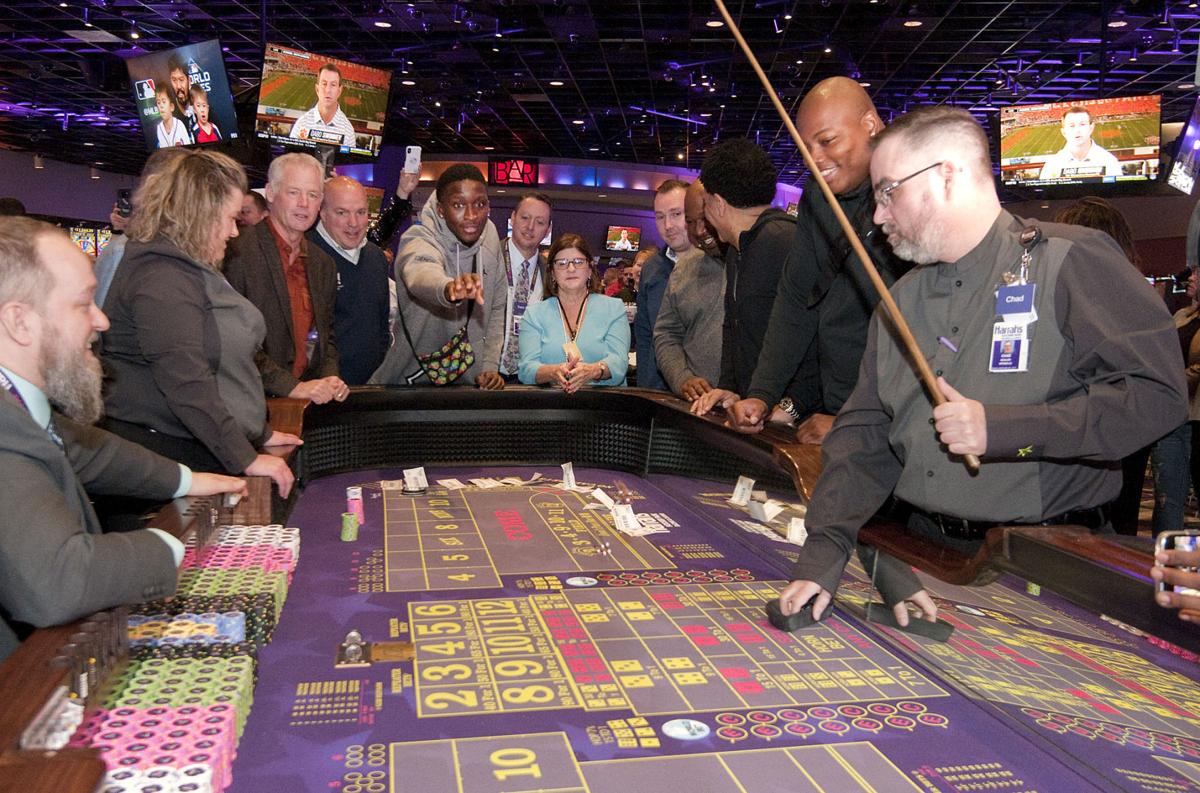 Indiana Pacers All-Star Victor Oladipo, in gray sweatshirt, opens live table games with a roll of the dice at the craps table at Harrah’s Hoosier Park Racing & Casino on Wednesday. 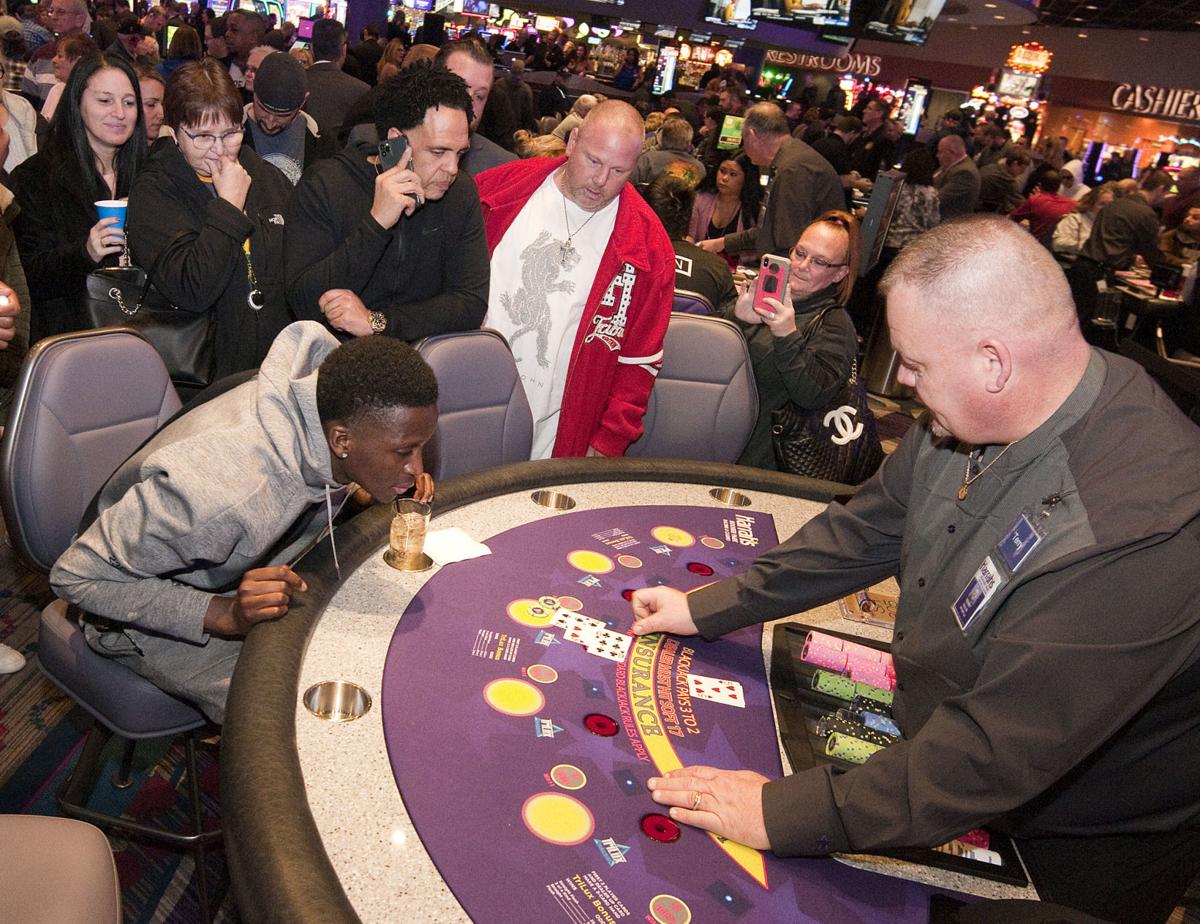 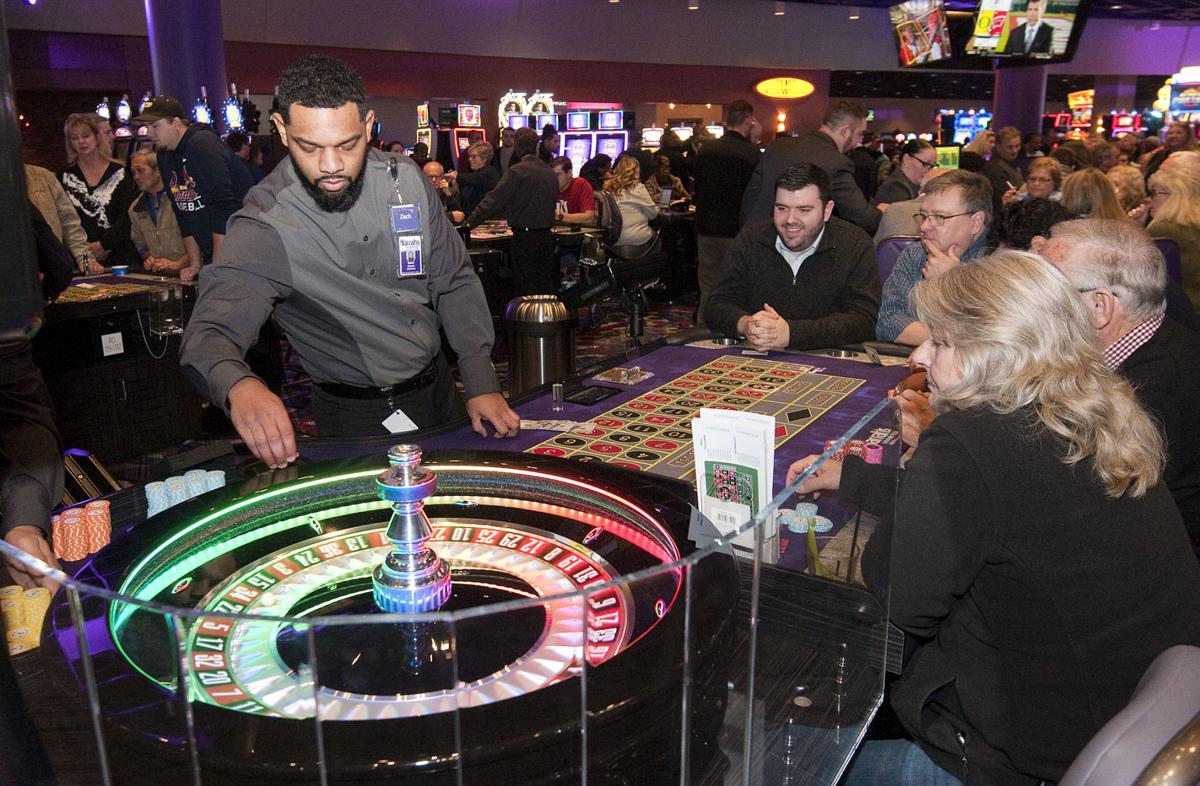 Roulette is one of the new live table games that debuted at Harrah’s Hoosier Park Racing & Casino on Wednesday. 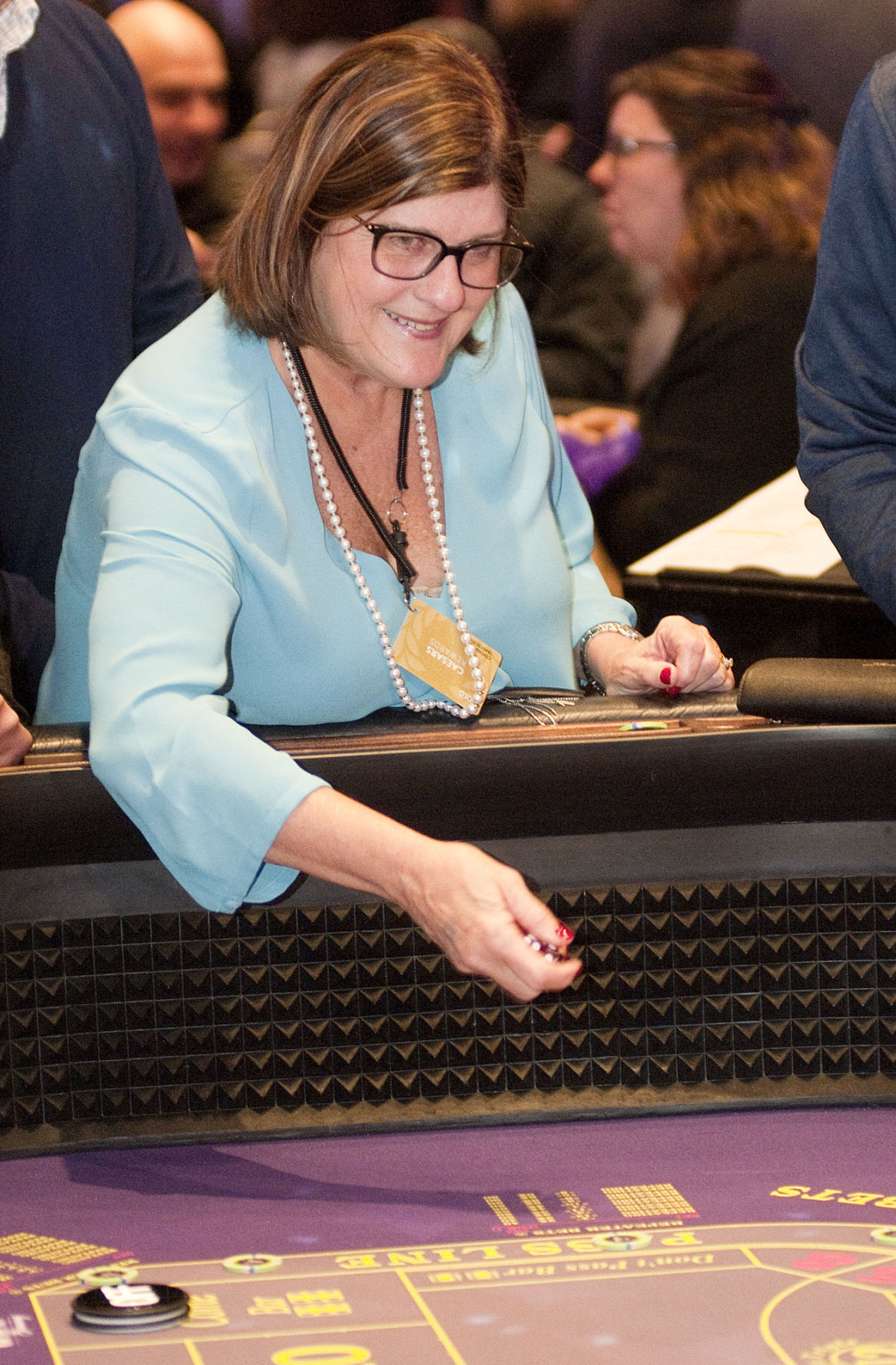 Indiana Pacers All-Star Victor Oladipo, in gray sweatshirt, opens live table games with a roll of the dice at the craps table at Harrah’s Hoosier Park Racing & Casino on Wednesday.

Roulette is one of the new live table games that debuted at Harrah’s Hoosier Park Racing & Casino on Wednesday.

“We could not be happier with the progress of the property and how we’ve improved the property,” said Trent McIntosh, senior vice president and general manager of Hoosier Park. “I think the atmosphere says it all. Everybody’s pretty excited about it.”

The debut of live table games at the Anderson racino received a jolt of star power in the person of Indiana Pacers guard Victor Oladipo.

Oladipo, still recovering from an injury that has sidelined him for nearly a year, took part in a ceremony to launch the venture with a ceremonial first roll of the dice at a craps table in the middle of the new gaming area in the casino.

Hoosier Park and its sister casino, Indiana Grand in Shelbyville, had been limited to electronic games since opening in 2008. However, legislation allowing legalized sports betting across the state, which took effect in September, also moved the start date for live table games up to Wednesday from 2021.

“From the time this bill passed and was signed into law back in July, we’ve worked closely with the gaming commission to get where we are today,” McIntosh said.

Caesar’s Entertainment, which owns Hoosier Park, invested an estimated $5 million in upgrades to add at least 28 tables, along with equipment, gaming accessories, increased storage space and other necessities. Officials pointed out that the anticipated revenue from the live games will enhance offerings in other parts of the facility’s operation, as well as boosting tax income for the city of Anderson.

“The (racing) purses will be bigger. The taxes will be bigger,” said Todd Berendji, vice president of operations at Hoosier Park. “We are in many ways giving back to the community — our success is their success. That’s what we try to do.”

McIntosh declined to outline specific revenue expectations for the live table games, saying only that “by the looks of this building right now, I would say we’re going to be pretty successful with them.”

The nonpartisan Legislative Services Agency estimates that the new table games will produce up to $12 million annually in new state tax revenue. As host to one of 13 racinos in Indiana, Anderson would stand to see some of that money.

Patrons who sampled blackjack, roulette, baccarat, craps and other live games Wednesday pointed to the interaction with other players and dealers as a key reason for their interest.

“Video poker just seems like more of a slot machine,” said Craig Beaver, who drove from Indianapolis to try out a blackjack table. “This is real gambling. I think you get a better chance to win with a live dealer.”

McIntosh said since the legislation was signed into law by Gov. Eric Holcomb last May, Hoosier Park has hired nearly 250 live dealers, many of whom live in Madison County.

An on-site dealer school, opened in September, brought in trainers from across the country to prepare staffers for Wednesday’s opening on a condensed timetable, a feat McIntosh noted in remarks to a VIP audience prior to the tables opening to the public.

“We’ve got horse racing, we’ve got slot machines, we’ve got sports wagering, and now we have table games to go along with that,” McIntosh said. “On top of all of that, we’ve created about 250 new jobs in the community.

“All those people were hired right here in the local vicinity, within driving distance, in Anderson or other supporting communities. I think this is a wonderful thing. I’m excited about the table games, and I’m excited that we’re doing some things I feel like are good for the community.”