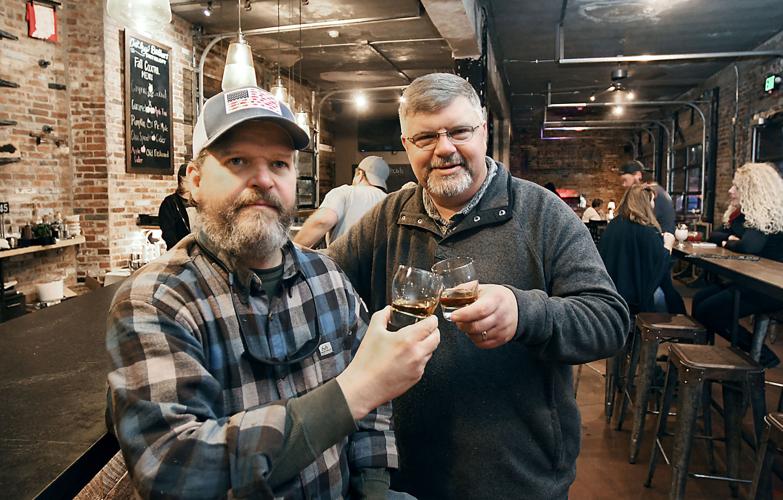 The Oakley brothers, Jerrad and Jason, enjoy a toast with a distilled spirit at the bar of their distillery in Anderson in this THB file photo. 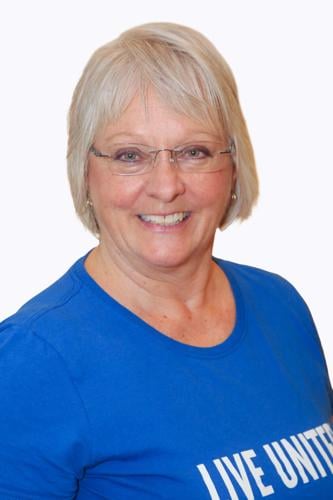 ANDERSON — The Anderson Rotary Club honored the winners of its 2022 Robert “Bob” Shoemaker Community Image Award at its June 14 meeting at the Anderson Country Club. Nancy Vaughan received the individual award and Oakley Brothers Distillery received the award given to a company or organization.

The Rotary Club gives the award annually to individuals and organizations that embrace the Rotary ideal of service to the community. Other criteria include recognition of those who “bring honor and acclaim to our community of Anderson, Indiana” and those who “help to improve the image of our community.”

Charles Shumate, who served on the award committee that made the selections said, “Under Nancy’s leadership, United Way put $1.2 million in COVID relief support into Madison County alone during the height of the pandemic. The funds made an enormous difference in our community and helped families with food, rent, utilities, childcare and more when many were facing a loss of income.”

Oakley Brothers Distillery, located at 34 West Eighth Street, was founded in 2013 by brothers Jason and Jerrad Oakley, who are originally from Kentucky. Their idea for a distillery started on the Inca Trail in Peru while they were trekking towards Machu Picchu. Both had been making wine and beer, but being true Kentucky boys, liquor was always in the back of their minds. They created their business plan and started out making simple, hand-crafted, small batches in what’s now their home state of Indiana.

Terri Jo Austin, who was also on the award committee, said, “They really stepped up during the COVID-19 crisis and made hand sanitizer for Anderson’s Community Hospital system and the Anderson Police and Fire Departments. But they didn’t stop there. Their sanitizer was donated and shipped to parts of Ohio, Illinois and Kentucky. They truly are community minded and rarely turn away any request for a donation to any non-profit organization.”

Other members of the award committee included Greg Bramwell, Phil Lavelle, Lindsey Madinger, Stephanie Moran and Kris Zinszer. Rotary International is a service and humanitarian organization of men and women and clubs in more than 200 countries.