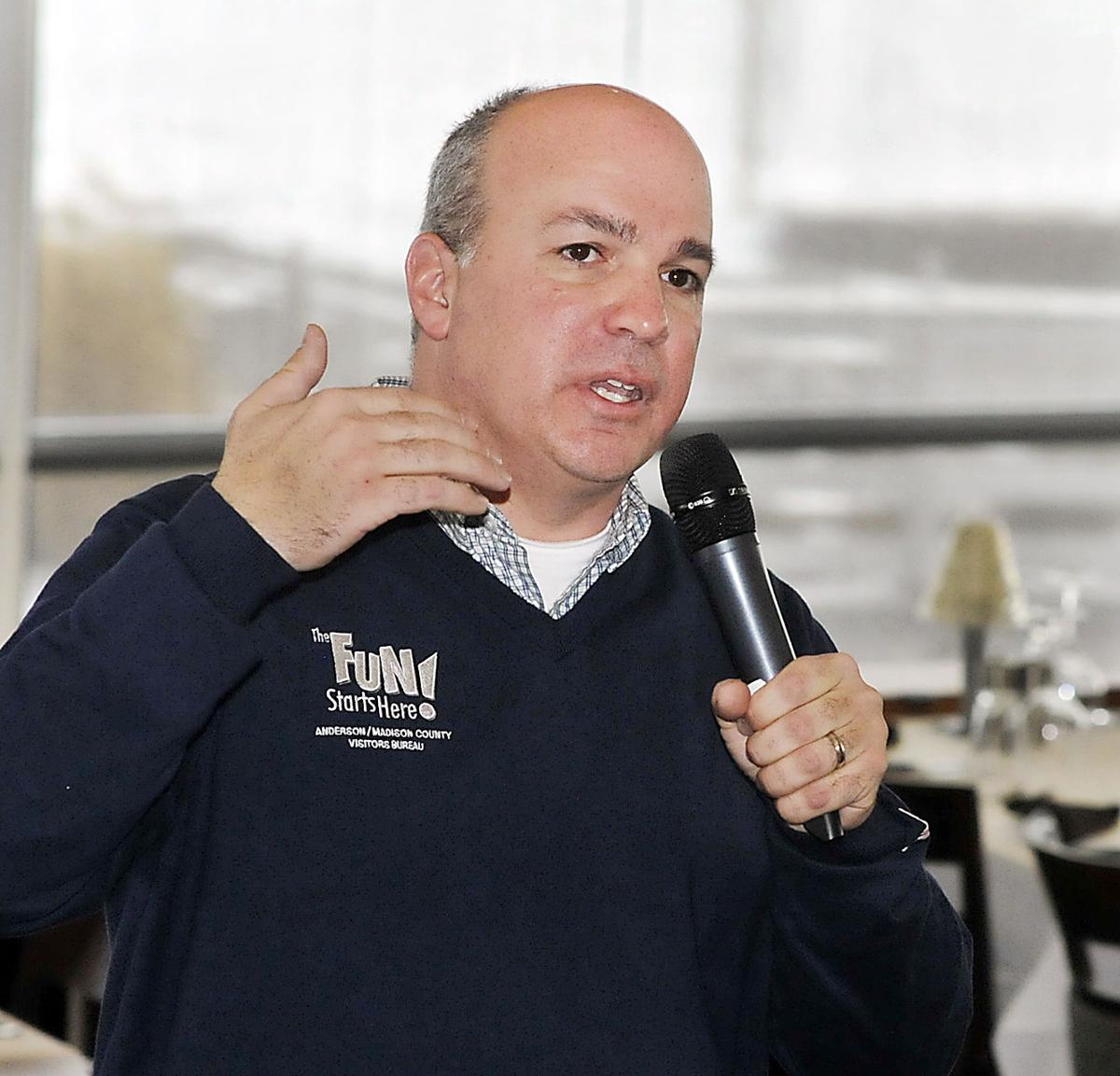 Matt Rust, executive director of the Anderson Madison County Visitors Bureau, talks about the economic impact of tourism on the area during the bureau’s annual luncheon in 2018.

Robin Gerhart, chair of the bureau’s board of directors, confirmed Tuesday that she had received notice of executive director Matt Rust’s resignation. Rust is departing after five years at the helm of the bureau.

“The festival organizations, hotels, venues, and attractions had a true advocate in Matt, who always worked diligently to forward tourism in Madison County,” Gerhart said in a news release. “Matt’s energy and passion will be missed.”

He acknowledged that the tourism industry has been hit hard by the pandemic, but stressed that there were other factors that drove his decision to leave.

“Sometimes you reach a moment where you decide that it’s just time to move on,” Rust said. “I just felt it was time and my work at the bureau was done at this point.”

Gerhart said the bureau will form a search committee immediately to vet candidates for the position. In the interim, Mark Thacker, marketing director at Harrah’s Hoosier Park Racing & Casino, and Cheryl Shank, the retired director of conferences and events at Anderson University, will serve as co-executive directors.

Gerhart declined to provide a specific timeline for naming a successor.

“We would like to see it done sooner rather than later. However, we want to be intentional and make sure that we get the right person for the job,” she said. “We have very good leadership in there right now working alongside that. We’re not intending to drag our feet in any manner.”