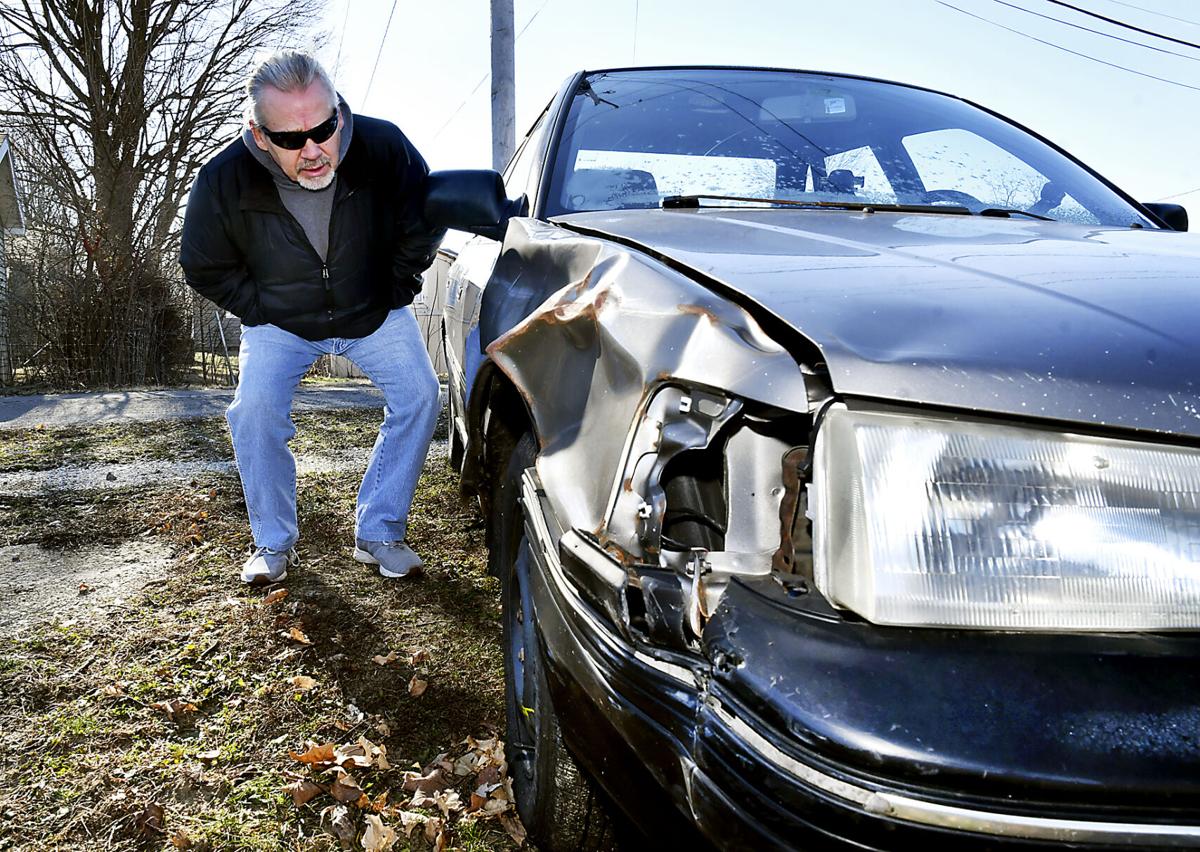 John Cook looks over his 1990 Subaru Legacy, which was totaled in an accident several months ago. Cook says he has been searching since then, without luck, for a reliable used car that fits his modest budget. 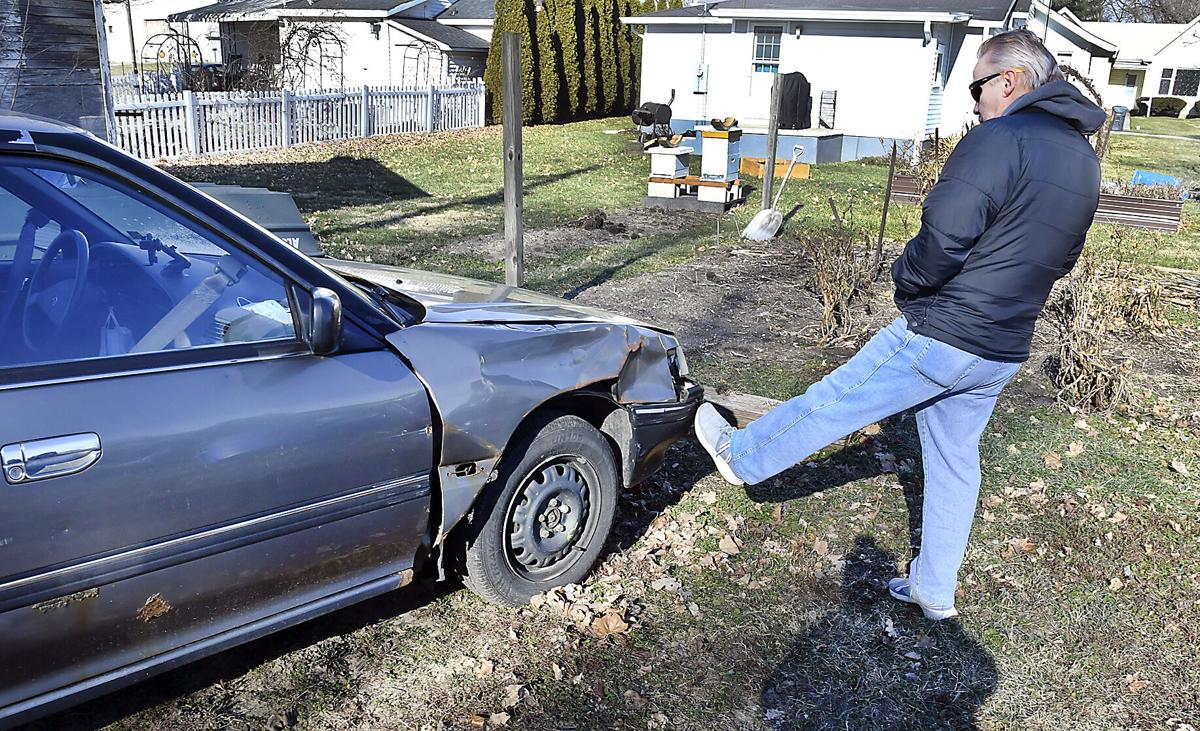 John Cook still hasn't found a replacement for his 1990 Subaru Legacy, which was totaled in an accident several months ago. 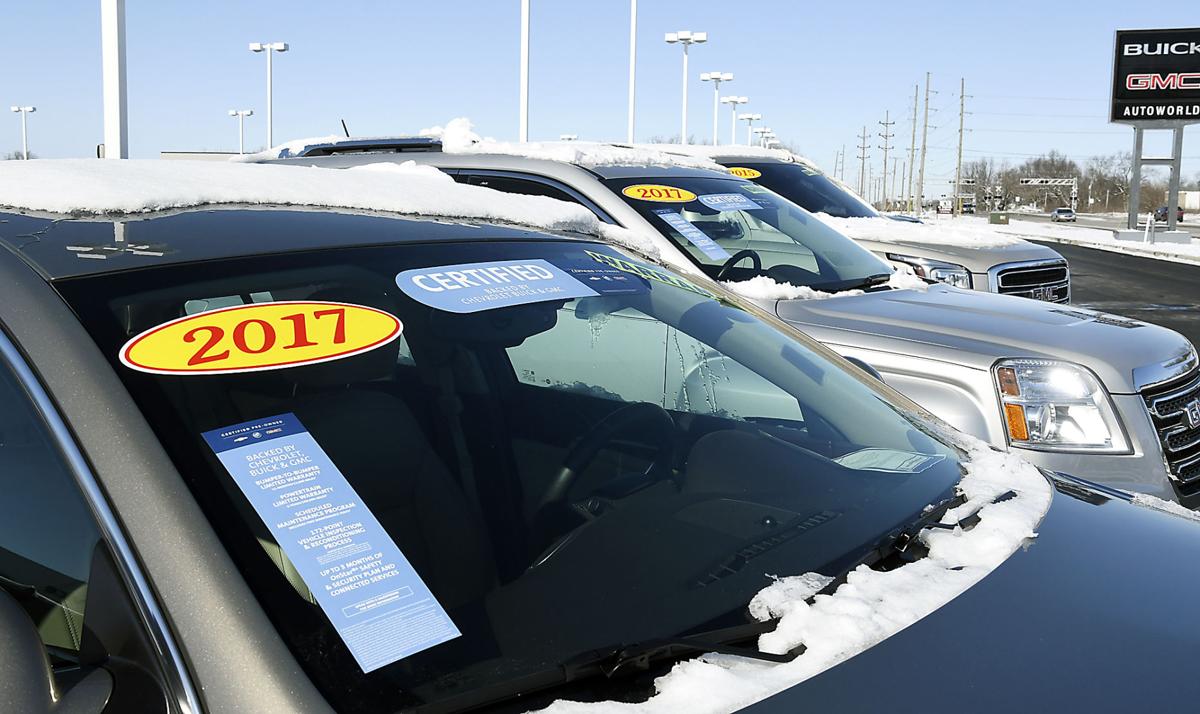 Area dealers, including Myers Autoworld of Anderson, are keeping fewer used vehicles on their lots as used car prices continue to soar to unprecedented levels.

John Cook looks over his 1990 Subaru Legacy, which was totaled in an accident several months ago. Cook says he has been searching since then, without luck, for a reliable used car that fits his modest budget.

John Cook still hasn't found a replacement for his 1990 Subaru Legacy, which was totaled in an accident several months ago.

Area dealers, including Myers Autoworld of Anderson, are keeping fewer used vehicles on their lots as used car prices continue to soar to unprecedented levels.

ANDERSON — For two months, John Cook has been scouring the internet looking for an inexpensive replacement for his 1990 Subaru Legacy, which was totaled in an accident.

He hasn’t had much luck.

“After speaking with several individuals that have had automobiles for sale, between the time that I see them for sale and I can stop by or contact the individuals, if they’re of any quality at all, they’re already bought by dealers,” the Alexandria resident said. “Some of them are getting 10% to 25% more than their asking price.”

Cook’s description of his thus-far-futile efforts to find a reliable vehicle is a common one in a used car market that many analysts are saying is without precedent. As a worldwide microchip shortage continues to squeeze new car inventory, buyers are flocking to nearly-new alternatives, and they’re willing to pay top dollar. Those premium prices have rippled down to older, high-mileage cars and trucks as well.

The trend has driven the average price of a used vehicle to $29,969 as of December, according to data from Edmunds. That’s a 29.3% increase from a year ago.

“There’s no reflection point where you can say, ‘I remember back in the ’70s or ’80s when used car prices went up by 30%,’” said Ivan Drury, senior manager of insights at Edmunds. “This is new territory for consumers, dealers — every single person in the used car market now doesn’t have any point of reference to look back on for anything like this.”

For now, anyway, the demand for used cars has brought about an adjusted business model for many dealers, according to Mary Jamerson, owner of Myers Autoworld in Anderson. While her dealership has fewer used models on the lot than it did a year ago, Jamerson said more buyers are custom ordering new vehicles, and trade-ins have consequently become more valuable.

“For us, it’s a pivot and a different approach, but for the customers, it’s a win-win,” Jamerson said. “They get exactly the vehicle they want, they save additional money and they’re getting top dollar for their trade-in.”

But as inflation continues to chip away at wage increases and drive up the cost of other household goods, many consumers — after sizing up the used car market — are choosing to stay on the sidelines and invest in maintaining their current vehicles.

“There’s a ton of deferred demand because consumers go into the market, and they’re so taken aback,” Drury said. “You can plunk down $30,000 for a used car, or you can spend maybe $1,200 keeping a vehicle up to standards. I think a lot of people are falling into that holding pattern right now.”

Even as the worldwide supply chain issues gradually ease as expected, and microchip production for new cars begins to ramp back up, Drury said it could be a year or more before the ripple effects cause prices to moderate.

“It’s really going to come down to, when can we get enough new cars into the market to fulfill the appetite of the new car buyer?” he said. “You have consumers with new car money entering the used car market. They’ll look for that gently used 1- or 2-year-old vehicle, and they’ll have the money to buy it outright. Once we fulfill that new car component, it’ll take away some of the demand for those 1- or 2-year-old cars.”

Cook, who is on a fixed income, said his modest budget of $5,000 to $6,000 for a vehicle isn’t coming close to meeting some of the asking prices he’s seen. He and his wife are looking for something capable of transporting their grandchildren, whom they watch on a regular basis.

Noting that parts for vehicles as old as his are becoming increasingly difficult to find, Cook said if he can’t find a reasonably priced replacement, he’ll look into fixing his current car.

“It’s just about dependability and functionality at this point,” he said. “I’m not going to buy something that’s got 200,000 miles on it. These days, some vehicles aren’t even broken in until they get a couple hundred thousand miles on them.”

Prices for both new and used cars have soared to unprecedented levels in recent months, with the overall average price for a used vehicle expected to top $30,000 before spring.

Here is a look at data from December 2021 compiled by Edmunds, an online compendium of information on automotive inventory and pricing: