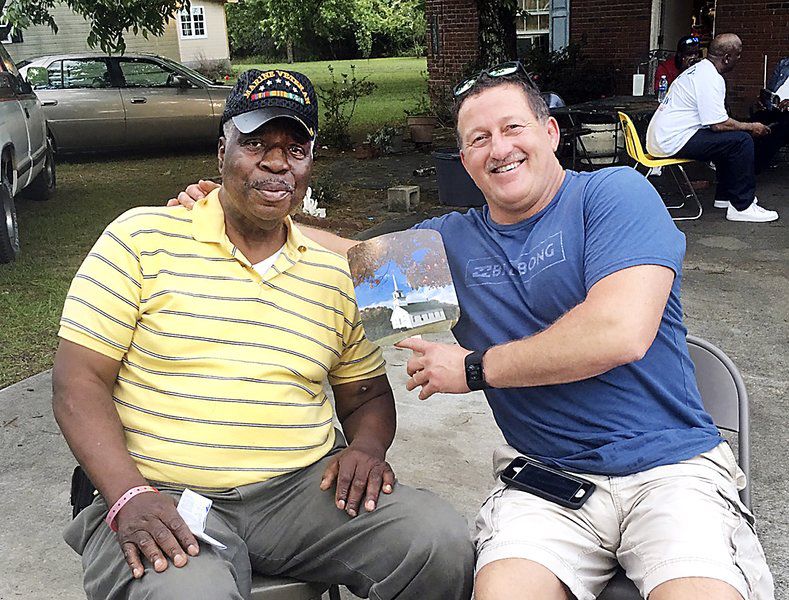 Edgar Roberts, left, pastor of a church in Valdosta, Ga., and John Branson, an Anderson, Ind., police officer, pose for a photo at a park in Valdosta with Roberts' family over the weekend. Branson is scheduled to undergo surgery in Jacksonville, Fla., on Tuesday to donate a kidney to Roberts. 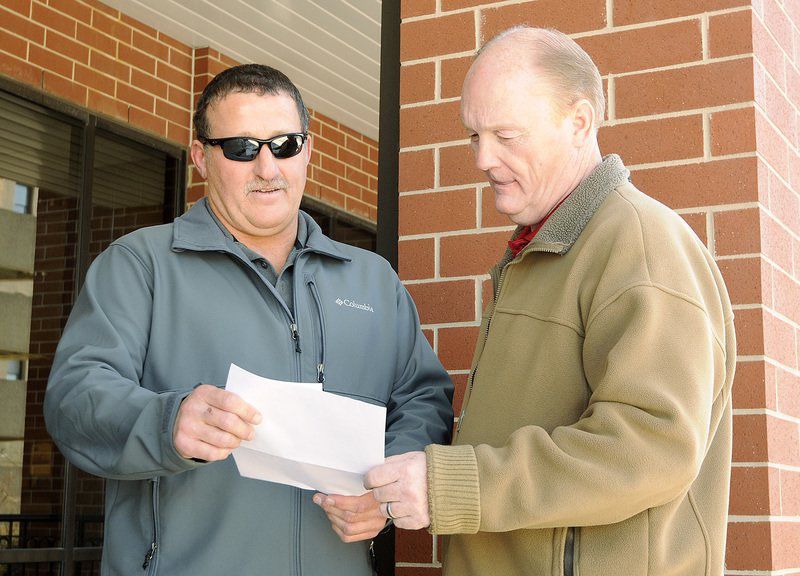 Edgar Roberts, left, pastor of a church in Valdosta, Ga., and John Branson, an Anderson, Ind., police officer, pose for a photo at a park in Valdosta with Roberts' family over the weekend. Branson is scheduled to undergo surgery in Jacksonville, Fla., on Tuesday to donate a kidney to Roberts.

ANDERSON – A promise made to a man that he only met once will be fulfilled Tuesday.

The Anderson police officer who is donating his kidney to his new friend he met at a Cracker Barrel in Georgia said he is ready.

John Branson was driving to Florida in April 2016 when he stopped by a Cracker Barrel in Valdosta, Georgia, where he met Edgar Roberts, a veteran and pastor. They decided to eat their meals together, and it came up that Roberts had been on kidney dialysis for five years.

Their friendship grew with phone calls a couple of times a month. When Roberts said he wasn’t doing very well in January, Branson offered to donate his kidney if he was found to be a match. Branson went to Valdosta in March to visit Roberts and went to a service at the Thomas Chapel Ministry, where Roberts is a pastor.

Branson is scheduled to go into surgery at Mayo Clinic in Jacksonville, Florida, to start the transplant at 5:30 a.m. Tuesday. He said he was a little nervous, but he had been looking forward to doing this for Roberts for quite some time.

He even traveled to Valdosta late last week to spend time with Roberts and his family.

What he didn’t expect was just how much of Roberts’ family he would meet. Branson said about 50 family members from all over the country came to town to celebrate.

Branson said he enjoyed meeting all of the family at a huge picnic in beautiful Georgia weather. They also spent time at Thomas Chapel Ministry in Valdosta.

The two men also returned to the Cracker Barrel where their friendship began. The restaurant picked up the tab for the table of about 30 people.

In part because of a successful online fundraiser, Branson and Roberts’ story has garnered some media attention. CBS has spent time with him and is planning a national package to run on their story at 8 a.m. Tuesday.

Roberts said in March that he is thankful that Branson has given him the chance to extend his life.

“I can do some of the things I want to do. I have two little grandchildren,” Roberts said. “I thank God that he gave John a heart to do that for a total stranger.”