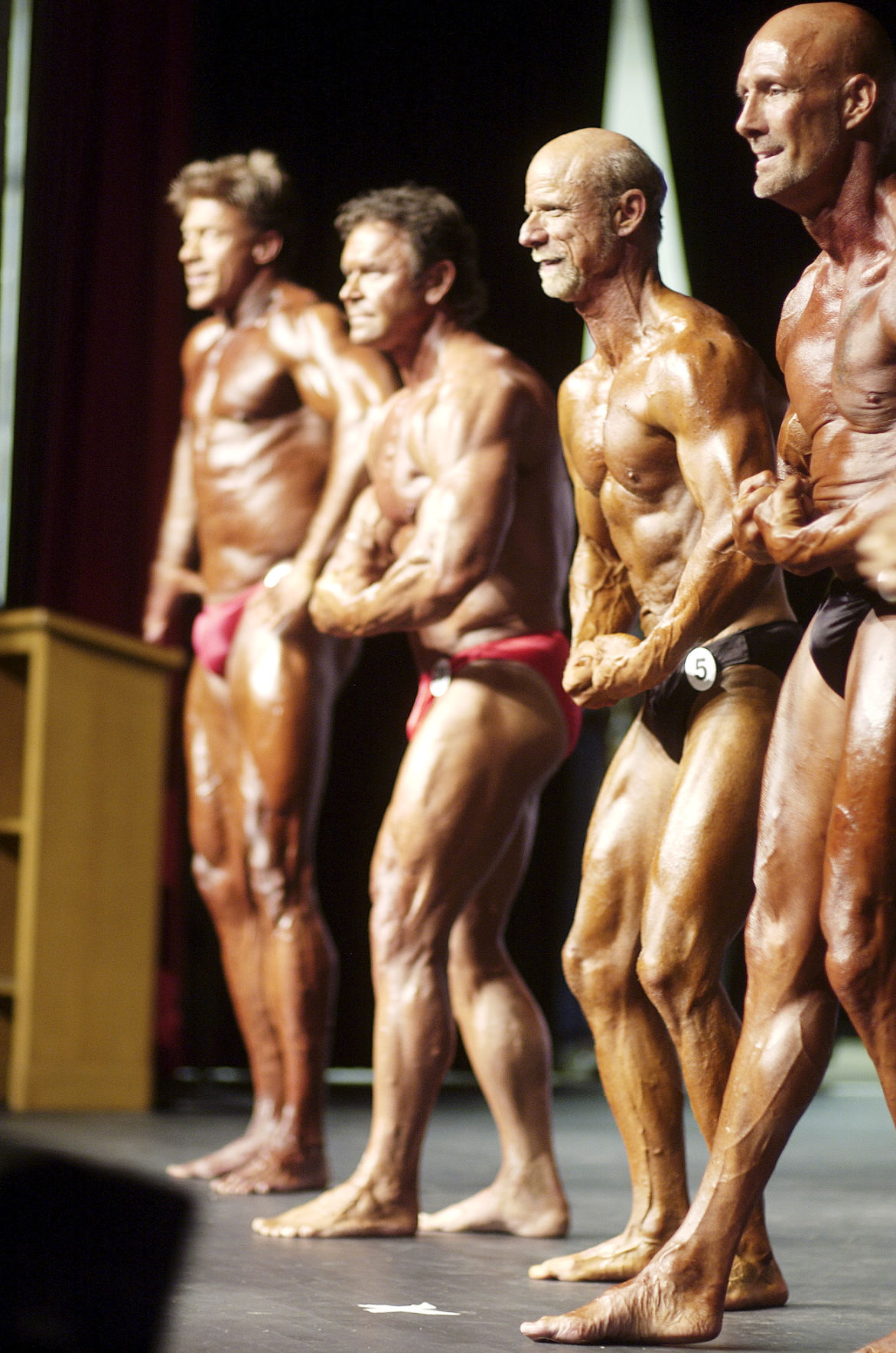 Steve Givens, third from left, competes in the Men's Masters 50 and Over division of the GNC Classic competition at Anderson High School on Saturday.

Women compete in the Master Figure division of the GNC Classic competition at Anderson High School on Saturday. 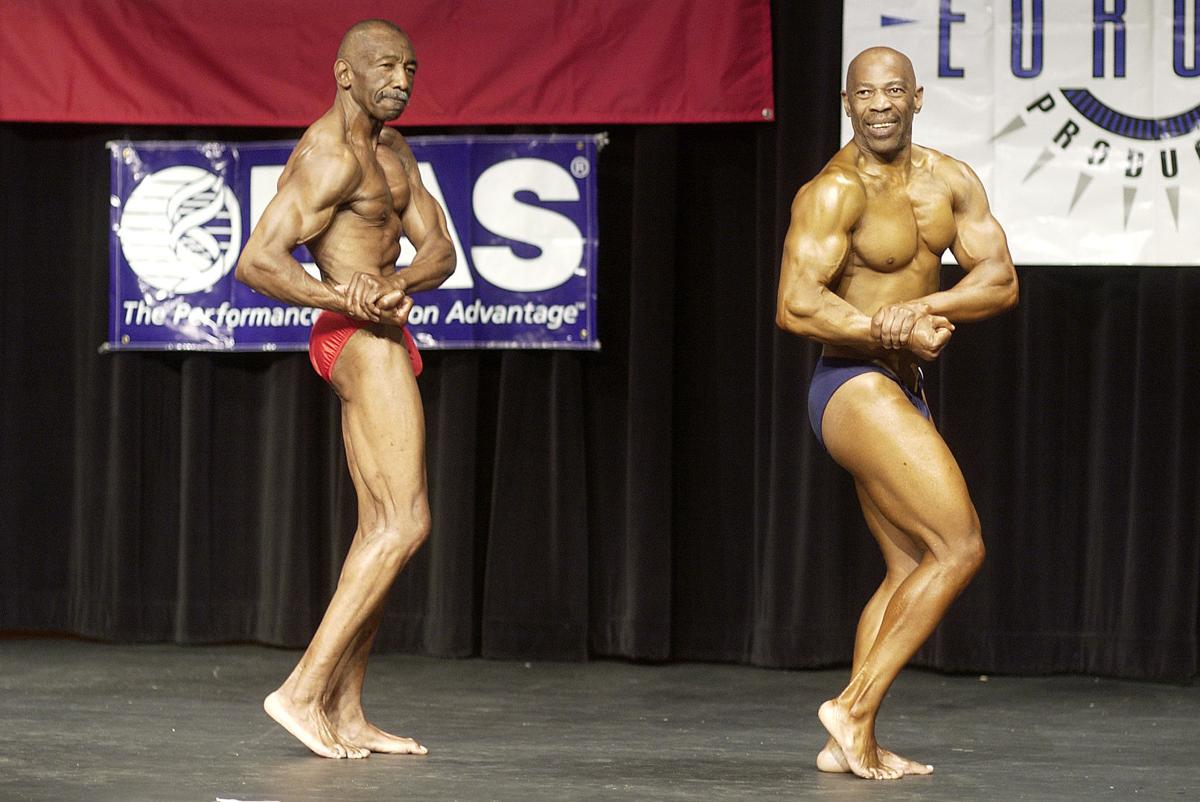 From left, Elvan Stamps and Anthony Smith compete in the Men's Masters 60 and over division during the GNC Classic competition at Anderson High School on Saturday.

Steve Givens, third from left, competes in the Men's Masters 50 and Over division of the GNC Classic competition at Anderson High School on Saturday.

Women compete in the Master Figure division of the GNC Classic competition at Anderson High School on Saturday.

From left, Elvan Stamps and Anthony Smith compete in the Men's Masters 60 and over division during the GNC Classic competition at Anderson High School on Saturday.

Anthony Smith said his childhood fantasy was to be Hercules — the Roman god known for his great strength.

After decades of training and competitive bodybuilding, Smith said he feels like he has accomplished that, but he’s still far from done.

“For me, this is a way to keep in shape,” the 60-year-old Anderson man said backstage at Saturday’s GNC Classic. “Everyone wants to say young and healthy.”

Smith was one of 10 Madison County participants in the 2011 National Physique Competition national qualifier. There were more than 100 competitors in the daylong competition, organizer and promoter Dave Cravens said. There were several categories for men and women, with competitors ranging in age from teenage to those over 60.

“This competition isn’t about being professional bodybuilders,” Cravens said. “It is about being in better shape, longevity in life and accountability when it comes to your health and wellness. We’ve had people who have come to these events and become inspired and want to live a better, healthier life. This is motivation.”

The drive the competitors show, he said, is carried over to other aspects of their lives.

“It isn’t an easy thing to do,” Cravens said. “You have to be dedicated to training and changing your lifestyle. That dedication and commitment shows up in other areas of their lives like work, school and family.”

Sarah Wilkinson has seen that dedication firsthand. She was one of about 300 in the audience for Saturday’s finals and traveled from Kokomo to watch her friend Sara Holda, of Flora, compete.

“This is my first time to come to something like this,” Wilkinson said. “I had no idea what to expect. I wanted to come and show my support. It is definitely something that is very new for me. It is a different atmosphere and environment, but it is neat to see everyone in shape and so proud to show off what they have worked so hard to do.”

She joked that her friend in her competition garb looks completely different.

“Her tan is outrageous,” Wilkinson said, laughing, of the artificial tan that competitors coat themselves with to show off muscle definition. “But she looks great. She has worked so hard and is so dedicated to this.”

Dedication is something Anderson competitors Elvan Stamps and Eric Richwine know something about. Stamps, 64, has been competing for more than a decade, and he and Smith acted as mentors to novice Richwine, 39.

“This was something I always wanted to do, but after getting married and having kids I didn’t have time for it,” Richwine said. “I finally got back into it and saw a shot at really doing this competition thing. I have pushed myself and am real determined to do it.”

After posing on stage for the first time, the racing adrenaline and nerves were replaced by relief, he said.

“I’m proud of myself for getting out there and doing it,” Richwine said. “It was very rewarding. To do this with my two daughters — 17 and 13 — was terrific. They were wonderful and were a huge influence on me through all this.”

When Stamps got into weight lifting, he said, it was a hobby in the garage but has become much more. Keeping the lifestyle up isn’t about the competition but about being healthy, he said.

“I know I can push myself to do anything,” Stamps said. “The most rewarding part for me is being able to go out there and know that I’ve accomplished something.”