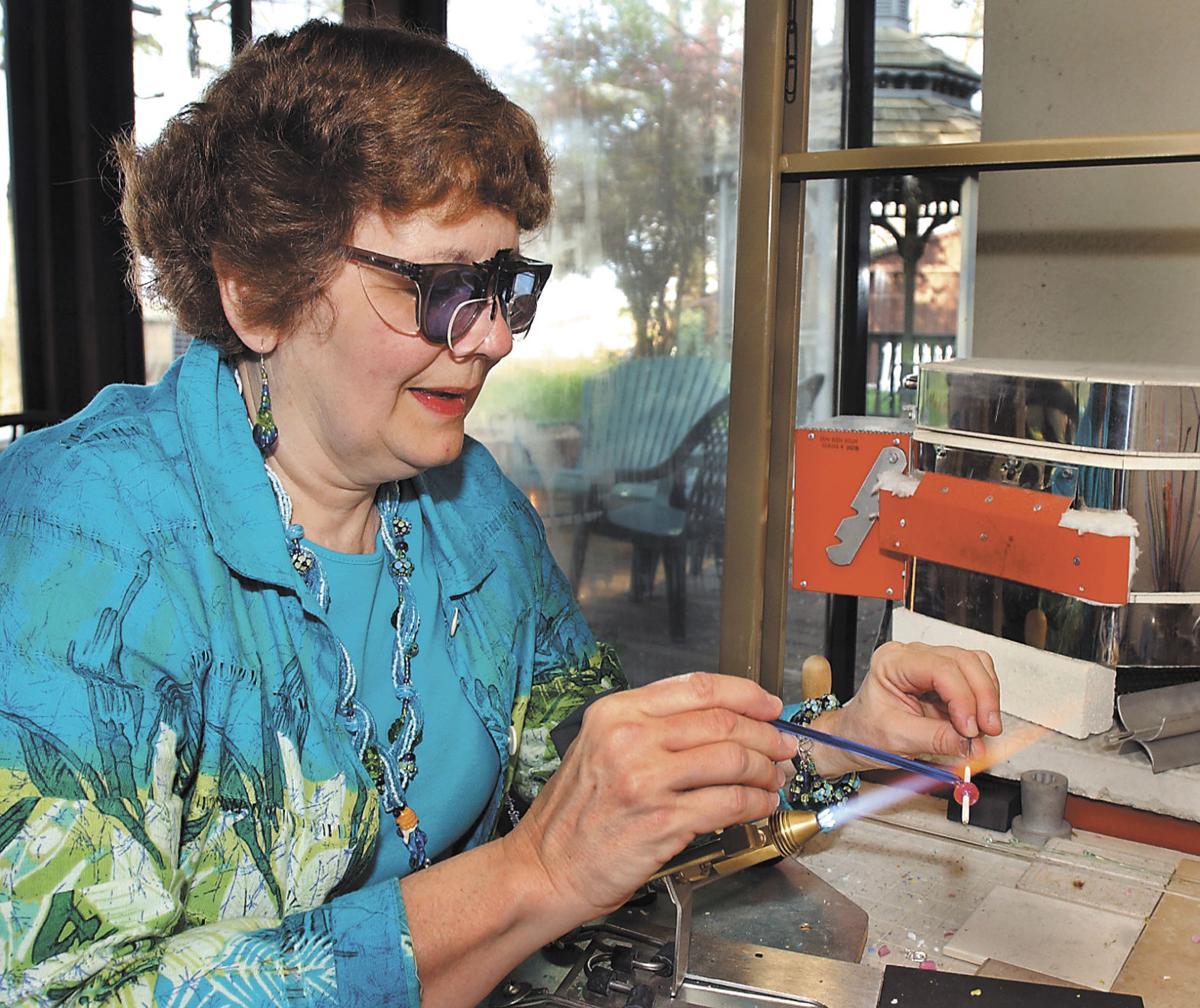 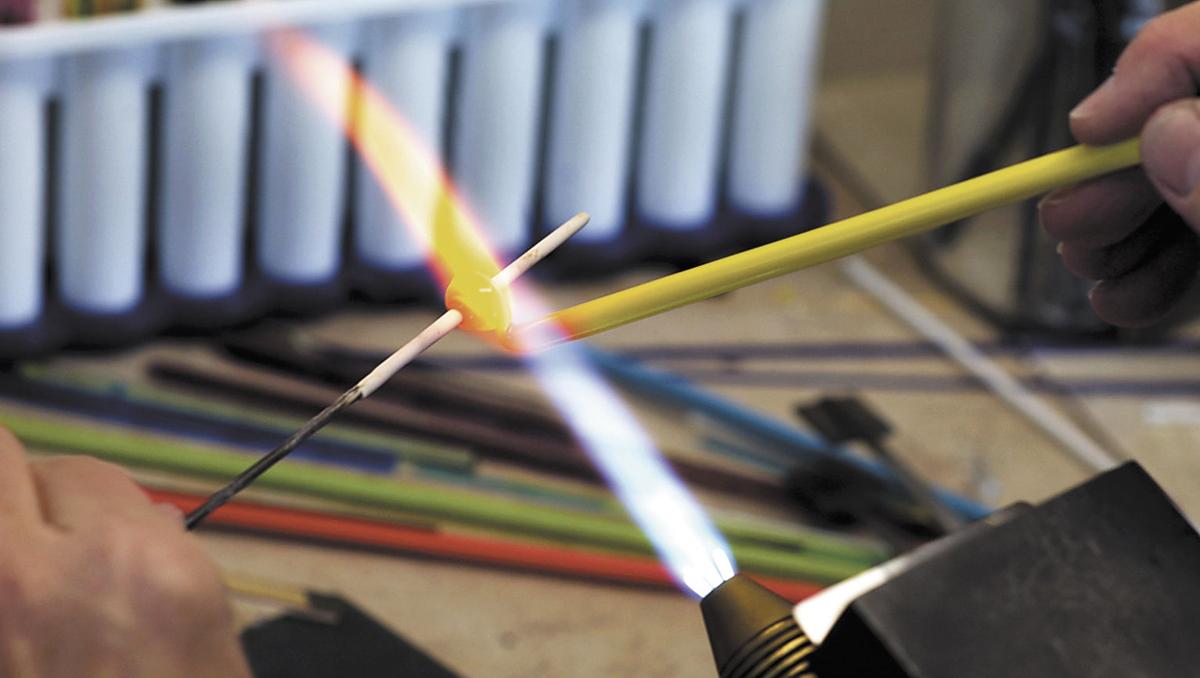 Glass artist Fran Carrico. Using a small torch Carrico heats up long colored sticks of glass to shape into the different pieces of her artwork. 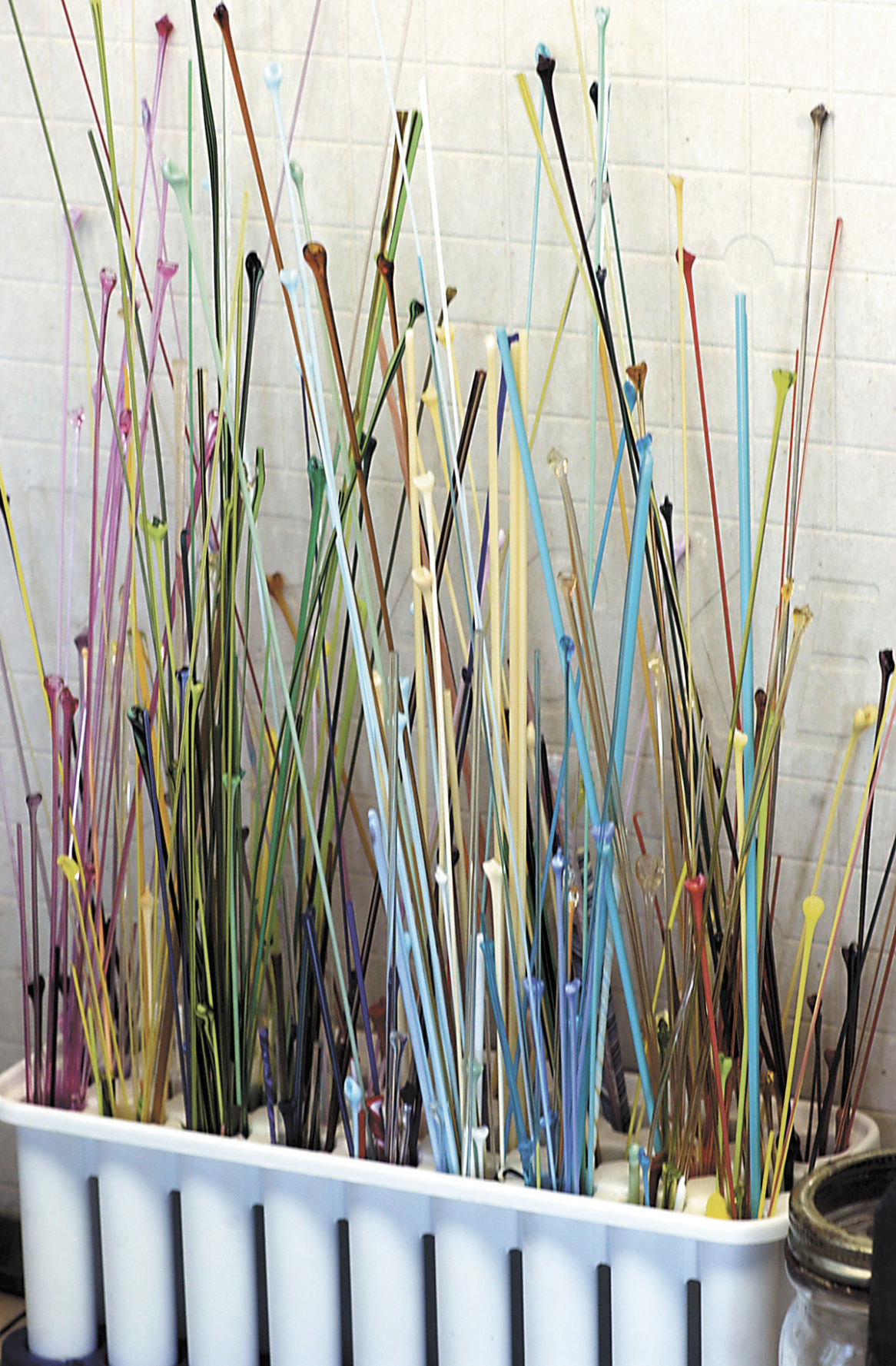 Glass artist Fran Carrico. Using a small torch Carrico heats up long colored sticks of glass to shape into the different pieces of her artwork.

PENDLETON - When Fran Carrico gets fired up for her hobby and new career, she gets a propane torch, an oxygen tank and kiln. Carrico is a glass artist, gaining renown for her fluidity in how her work interacts with light. An exhibition of her work, “Liquidity in Hot Glass,” will go on display today at ArtWorks Gallery, 301 S. Walnut St., Muncie. An opening reception will be from 5 to 8 p.m. today. Her specialty is Italian wound glass beadwork — a soft, moldable material — sculpted into the shapes of fish, flowers, seahorses and other designs. She enjoys exploring the reaction between colors. Aqua glass contains copper. Ivory holds sulfur. Combined they can create a black line of copper sulfide in a pattern. Such reactions hold fascination for Carrico, who retired after teaching chemistry for 31 years at Highland High School. “It intrigues me, the color reaction. Sometimes you like it, sometimes you absolutely don’t,” she said. “There’s a lot of physics in the properties of glass that allow you to work with it. It doesn’t have a melting point. “It softens over a whole range of temperatures and that’s what allows you to work it. If it had a melting point, you couldn’t do anything with it.” In other words, instead of attempting to sculpt a liquid, working with glass is more like designing taffy. In 2005, while at Highland, she received an $8,000 Teacher Creativity Fellowship from Lilly Endowment which allows educators a chance to pursue self-designed plans for personal and professional renewal. Carrico spent that summer traveling to glass factories in Oregon, Washington and West Virginia, taking classes in glass alchemy, among others. “I thought I was going to be a glassblower,” she said. But she found that was a “team sport” where she would have had to rent a furnace and operators. She felt better fit to working in an area by herself on the enclosed back porch at her Pendleton home. “I’d like to be out here every day but it doesn’t happen. Life intervenes,” she said. She is married to Xavier Carrico, a retired science and biology teacher. They met as chemistry lab partners in class at Ball State University. They have two grown children; their daughter works at Roche in Indianapolis and their son is an engineer for a paintball firm. They have six grandchildren. In the past, Carrico has sold her works at art fairs and “bead bonanzas.” This is her first exhibition. More are likely coming. “The idea of reinventing yourself - after you start when you’re almost 60 - has really been a lot of fun,” she said.