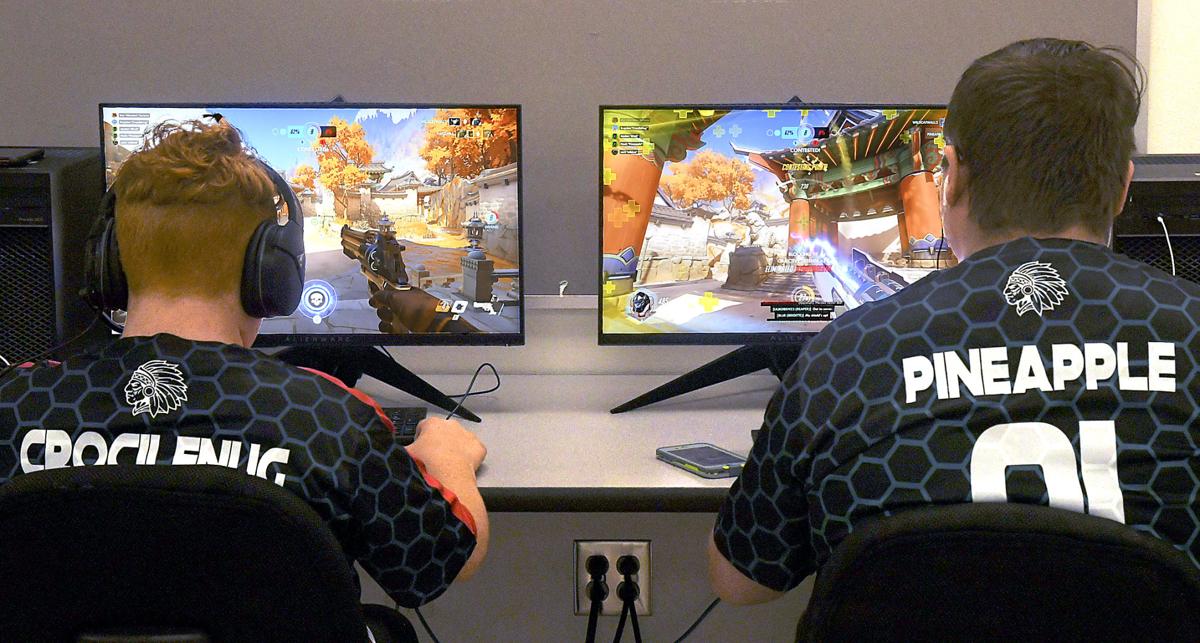 Anderson High School E-Sports Club members Braden Flatford and Noah Heffelmire, with their gamer names on the back of their shirts, run through the video game as they practice after school. 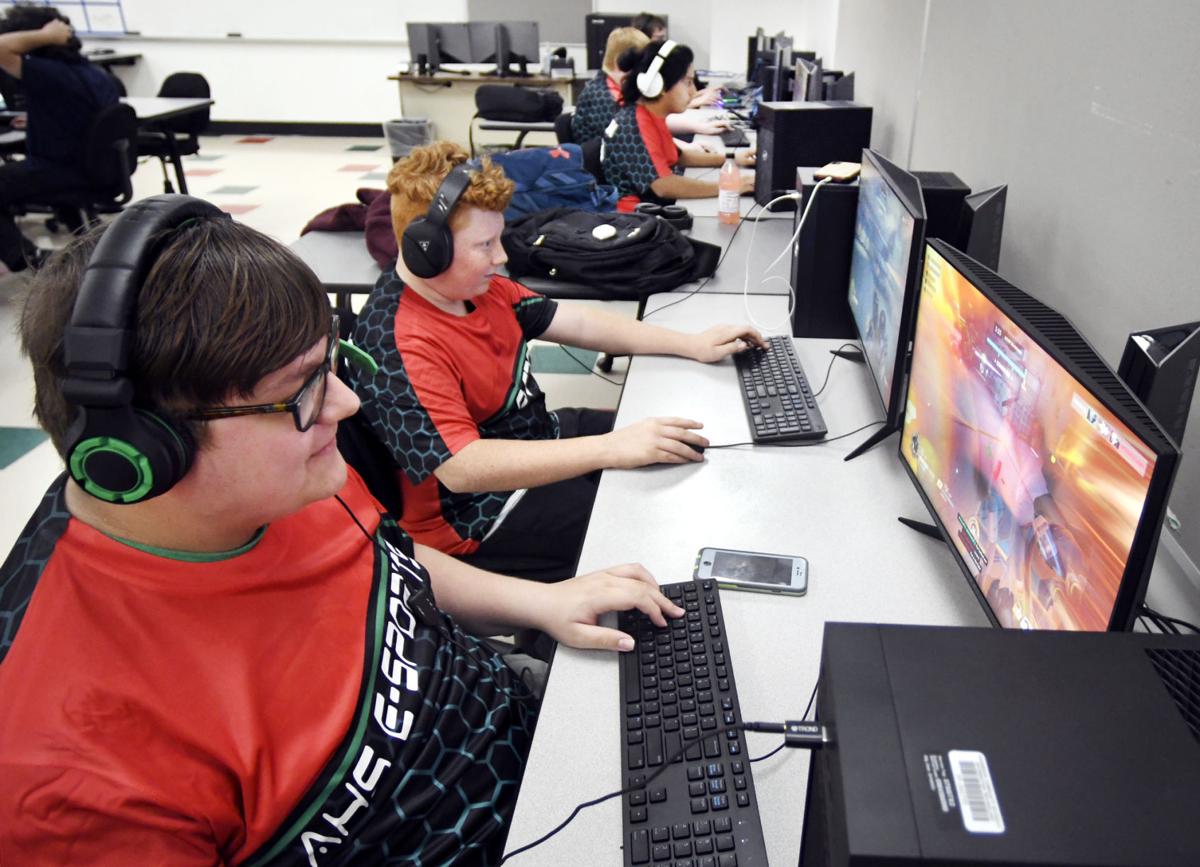 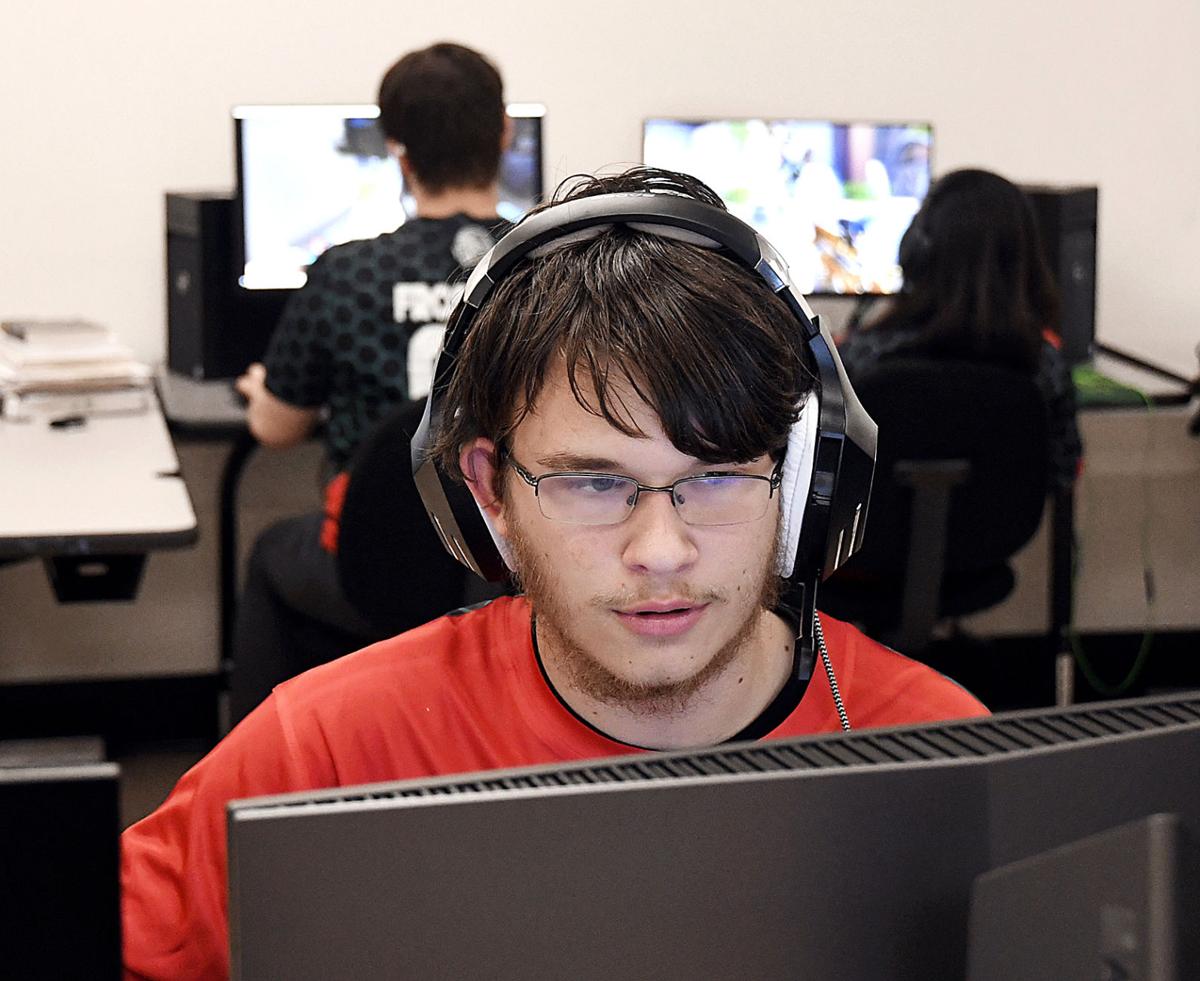 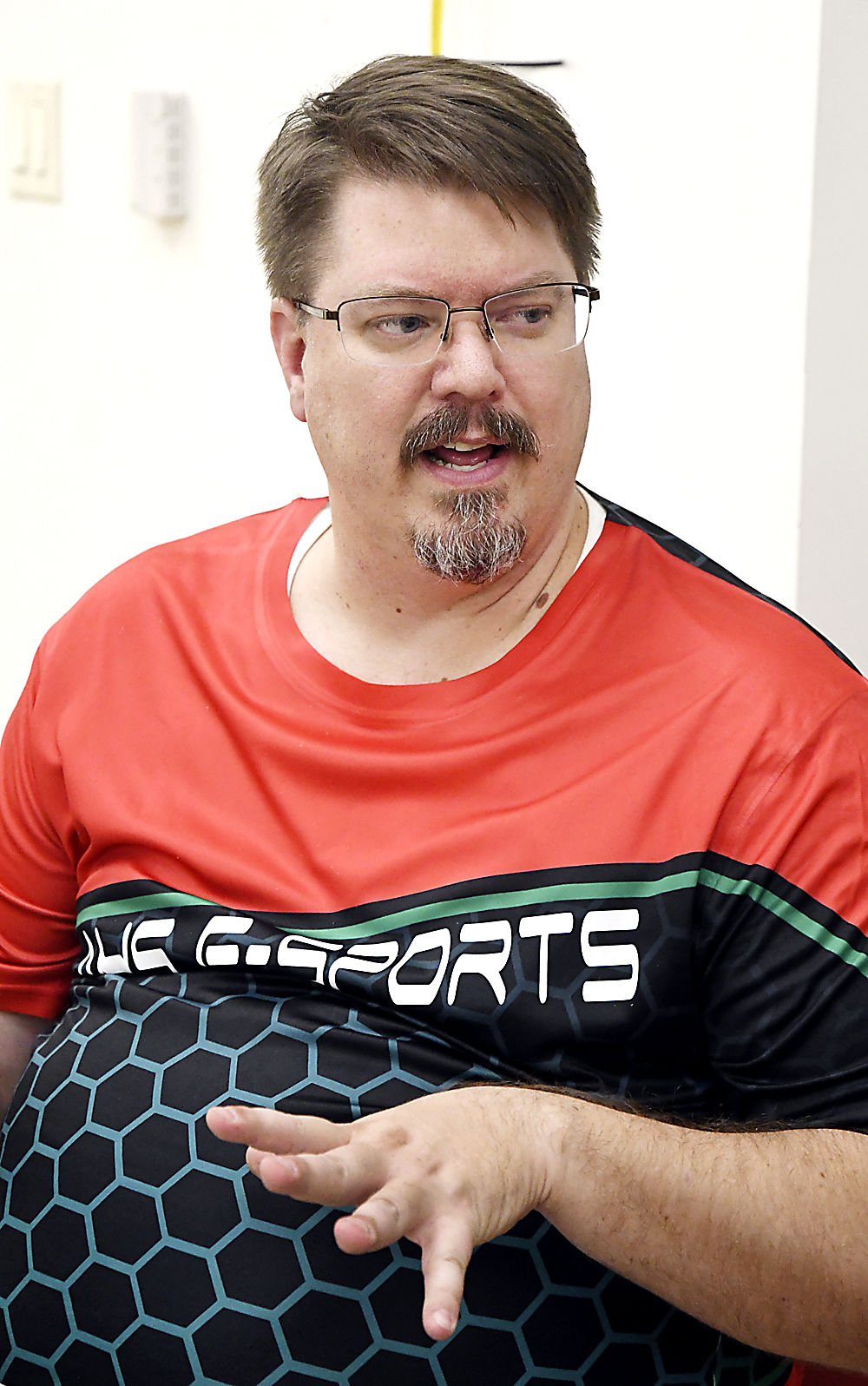 Anderson High School E-Sports Club members Braden Flatford and Noah Heffelmire, with their gamer names on the back of their shirts, run through the video game as they practice after school.

ANDERSON — Since the age of 5 or 6, Kameron Mace was the 21st-century version of a tomboy, hunkered down with her male cousins to play video games.

So it’s no surprise the 14-year-old freshman, who goes by the gamer name “Srirocho,” beat out 16 other students to become one of 21 members of Anderson High School’s first e-sports team.

“It’s the future of sports. It could be a career path,” she said. “Since I started early, I think it’s possible.”

Short for “electronic sports,” e-sports basically takes individual players out of isolation and brings them into organized multiplayer competition.

AHS is one of the first 14 members of the Indiana High School E-Sports League, which is in its first year. The team already is 3-1 in competition.

Though there are many competitive games that can be played, AHS’s team is concentrating this year on the first-person shooter game, Overwatch.

“We wanted to sort of start on one and get good at it before adding another,” said AHS calculus teacher Richard Ziuchkovski, who sponsors the team, which grew out of the school’s video game club.

“Last year, kids organized themselves into a gaming community and really wanted to get into e-sports,” he said. “The kids are so passionate about it, and I wanted to facilitate their ability to do this.”

As with any sport, however, students are expected to practice, Ziuchkovski said. This has been a challenge for teens who just thought of video games and joining the team as something fun to do.

“It’s been really great because we’ve had really good coaching for these guys,” he said. “We’ve seen tons of improvement already, and a lot of that is they’ve had to take hard criticism from their coaches.”

The games are played on computers, which means something of a learning curve for many of the competitors who are used to playing on game consoles rather than with a keyboard and mouse, Ziuchkovski said. The school recently bought computers for a cybersecurity course that have been modified with better graphics cards that allow for high-end video game play, Ziuchkovski said.

This was important, he said, because many of the students cannot afford to have a computer at home on which to practice.

Ziuchkovski recalled how his own father admonished him for playing video games. But as with most sports, he said, e-sports teach strategy, teamwork and basic social skills.

“I’ve really had to change my viewpoint on these things,” he said. “These kids are doing things that are absolutely amazing. These guys’ minds process information so much faster than anyone from our generation. I can’t do the stuff that my varsity can do. I can coach them because I know what they’re supposed to be able to do. I’m not into mindless games. I want them to think, to strategize.”

E-sports also are the second-highest-paid sport in the world, Ziuchkovski said.

“People playing international e-sports are making more money than football players and basketball players,” he said. “We want to be on the front of this. We could tell right away this was going to happen.”

For AHS students, the path to professional play starts the same as most sports, with scholarships. Overwatch, in particular, is a game in which there are more scholarship opportunities, which is one of the reasons Ziuchkovski said he wanted his students to master it first.

“There’s lots of opportunities for these kids,” he said.

That’s one of the things that attracted co-captain Ethan French, 17, who goes by the name Xythos. The senior hopes to study computer science and is looking for schools that offer e-sports scholarships.

“I’ve always enjoyed games, so having the ability to do that with people from my school is really fun,” he said.

Kameron admitted that playing many video games can be a different experience for girls than it is for boys, but that Overwatch is much more inclusive in terms of female characters with a variety of body types. The game also provides characters representing various ethnicities, she added.

“They have strong females. They’re not all sexualized,” she said.

Multiplayer online battle arena: Also known as action real-time strategy games, players each control a character as part of a team against another team of characters. The objective usually is to destroy an opposing team’s main structure, but it also can involve defeating every member of the opposing team.

First-person shooter: These action games center around gun and other weapon-based combat from a first-person perspective.

Fighting: These are based on close combat between a limited number of characters within fixed boundaries.

Digital card games: Similar to collectible card games, such as Pokemon or Magic, these rely more on icons, avatars or other symbols to represent game pieces rather than on cards.

Battle royale games: Named for the 2000 Japanese film “Battle Royale,” this genre is made up of characters that usually start with minimal equipment and blends the survival, exploration and scavenging elements from survival games to achieve a last man standing by eliminating all opponents.

Real-time strategy: Players position and maneuver units and structures to secure areas of the map and/or destroy their opponents' assets.