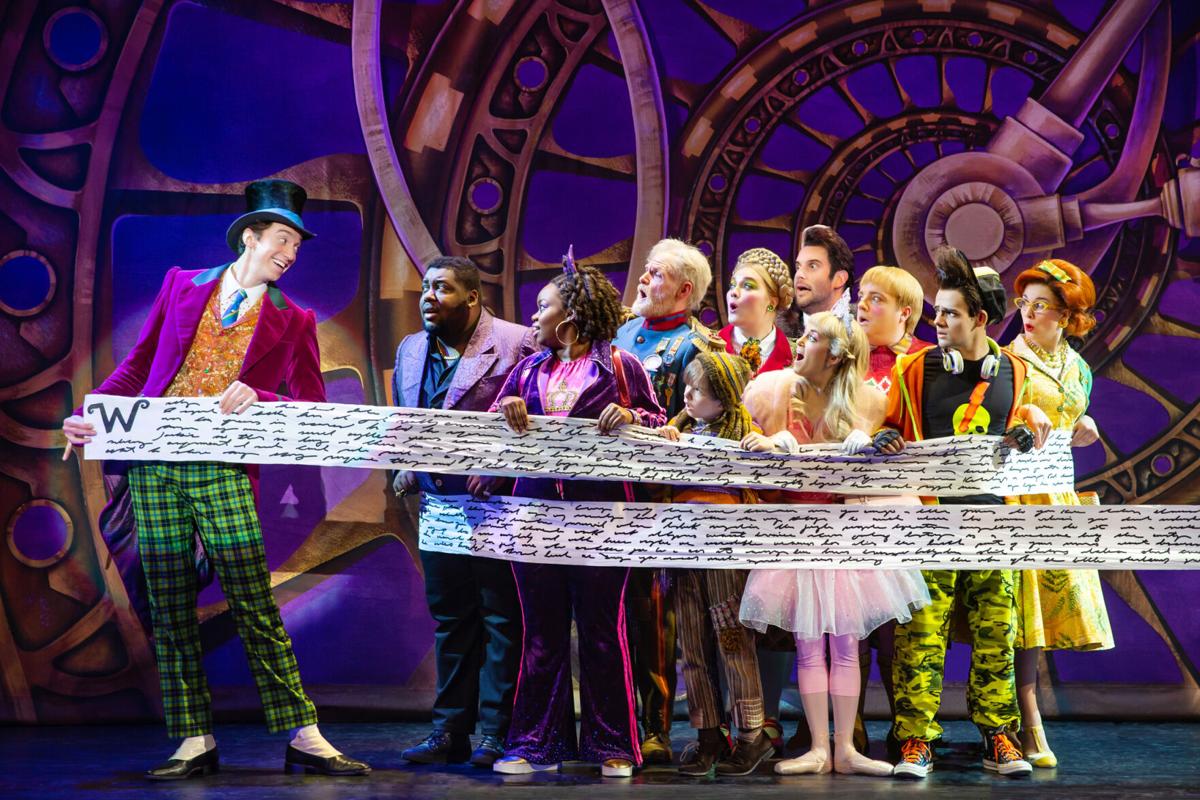 The families of five Golden Ticket winners meet Willy Wonka in “Charlie and the Chocolate Factory.” The musical runs through Sunday, Oct. 24, at Clowes Memorial Hall in Indianapolis. 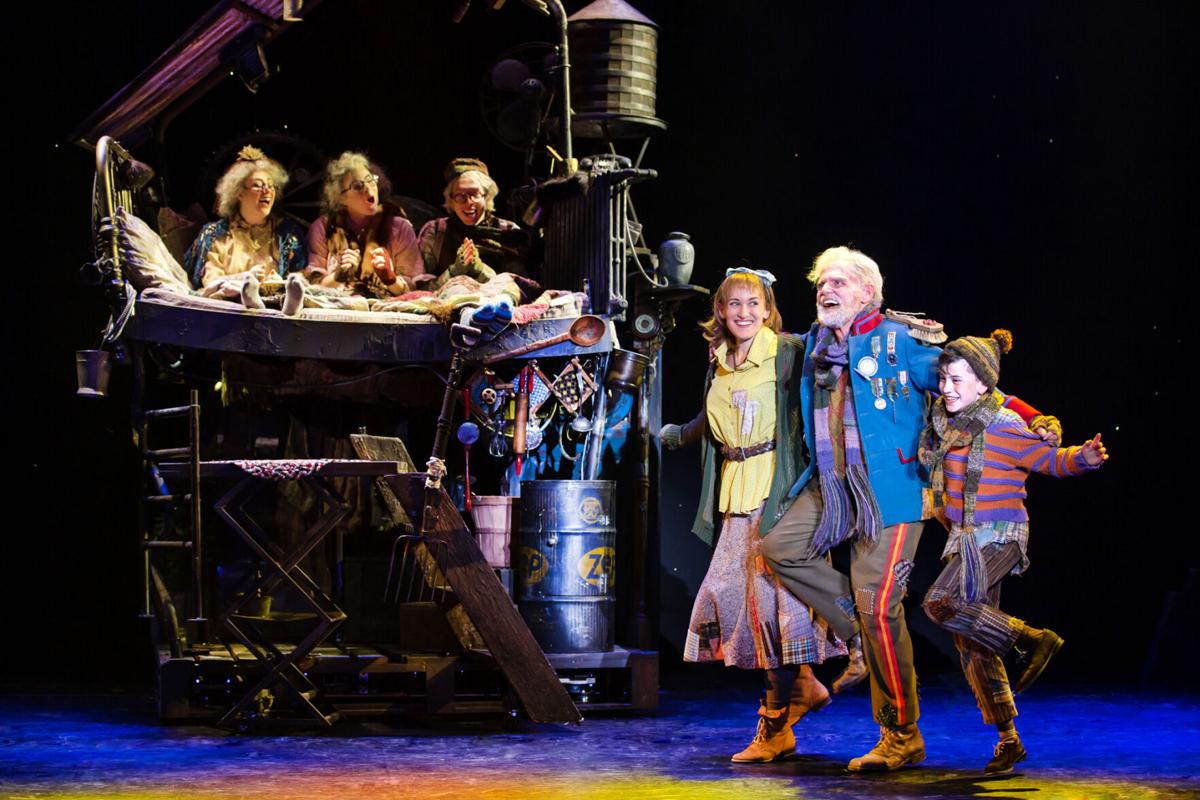 Young Charlie Bucket joins his Grandpa Joe and mother in song in “Charlie and the Chocolate Factory.” Shows continue through Sunday, Oct. 24, at Clowes Memorial Hall in Indianapolis.

The families of five Golden Ticket winners meet Willy Wonka in “Charlie and the Chocolate Factory.” The musical runs through Sunday, Oct. 24, at Clowes Memorial Hall in Indianapolis.

Young Charlie Bucket joins his Grandpa Joe and mother in song in “Charlie and the Chocolate Factory.” Shows continue through Sunday, Oct. 24, at Clowes Memorial Hall in Indianapolis.

INDIANAPOLIS — Imagine walking into a theater and seeing eight puppets with human faces dancing after a young boy is sucked into a waterfall of chocolate.

And that’s a scene that comes before five human-sized squirrels tear apart a young girl in a ballet outfit.

But such is the weird world of imagination in the musical “Charlie and the Chocolate Factory,” playing through Sunday at Clowes Memorial Hall in Indianapolis.

What is crucial to all the versions is finding an innocent-appearing boy to play Charlie Bucket, the sweetest of the five children, and in finding an adult with childlike wonder and eccentric disengagement to portray chocolate wizard Wonka.

Cody Garcia comes close as Wonka. He shines in the second act, literally his act, which opens with his warning to the children, “I wouldn’t want to lose any of you, at this stage.” Garcia captures Wonka’s restless genius with the manic “Strike That, Reverse It,” and in the dreamy and captivating “Pure Imagination.”

The role of Charlie is switched nightly among three actors, all surely believed when compared against the four spoiled brats who endure factory-related eliminations that OSHA would certainly penalize.

Each ticket-holding child is given a song that defines her or his bad manners. In fact, every song furthers the plot and character development as well as leading us to root more for Charlie’s pleasant nature.

The second act is often dazzling in its vibrant staging; eye candy indeed as we visit a factory with a chocolate river, glittery greenery and neon trees.

Some audience members may remember the glass elevator in which Wonka shows Charlie and his Grandpa Joe a world of imagination come to life. Joe isn’t on that ride here and I, being a grandfather, kind of missed that. Grandpa Joe is supportive of Charlie’s dreams from the start; having Joe there at the end would complete the circle.

This show isn’t for everyone. Finding enjoyment in the musical requires appreciation for dark humor and a willingness to be pulled into some strange stage antics. Parents, be aware that you may have to explain how a girl’s dismemberment is fitting punishment for bad behavior.

What: The musical, “Roald Dahl’s Charlie and the Chocolate Factory”

Info: Face masks are required for all patrons. Other health protocols may be in effect. Full seating capacity is anticipated. The show is 2.5  hours with one intermission. It is recommended for those 6 and older.