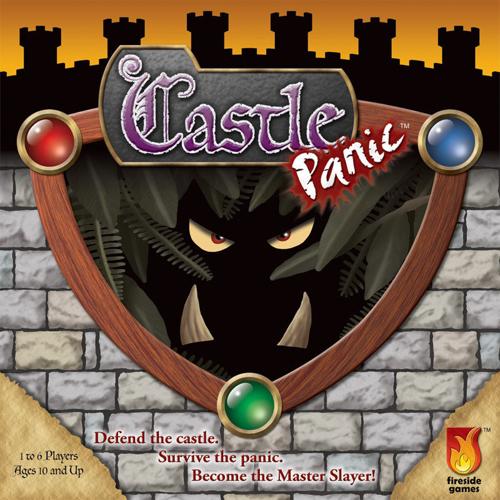 Box cover for base game of Castle Panic 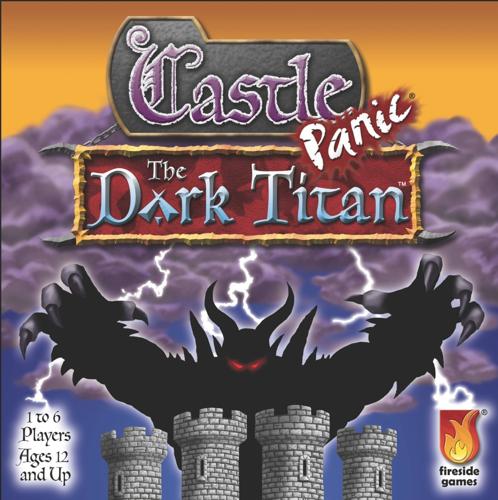 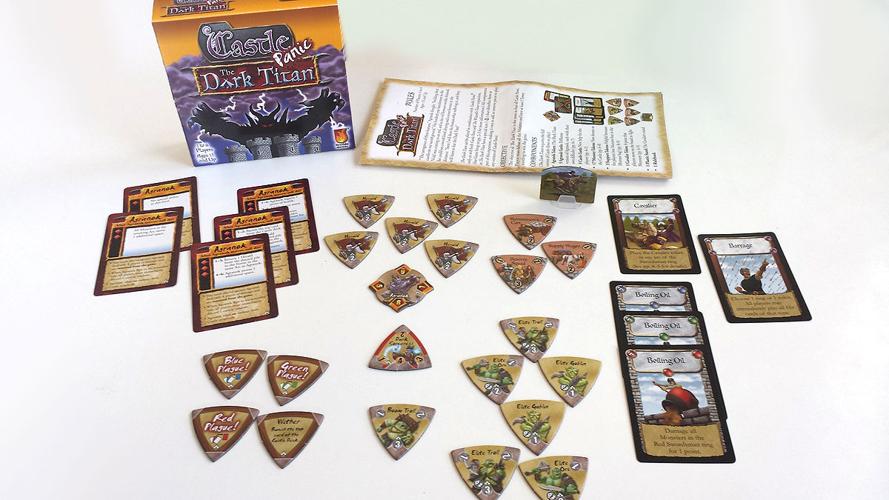 Components for The Dark Titan.

Box cover for base game of Castle Panic

Components for The Dark Titan.

Each time Castle Panic spends any appreciable time off my gaming table, I somehow manage to forget that this is really one of the most enjoyable, tense and fulfilling cooperative experiences in the genre.

The game is designed by Justin De Witt and published by Fireside Games. For the uninitiated, it is a game where one to six players and trying to work together to defend a castle before it is overrun by monsters. It is for gamers 10 years of age and up and takes about 60 minutes to play.

Defense is made by cards that the players use to take down in advancing forces. The monsters are controlled by the game and randomly appear, which makes each game a bit different from the last.

The first expansion for the game was called “The Wizard’s Tower.” It added more new monsters who are even tougher than those in the base game, but it also adds a wizard and his tower to help the players deal with these new threats. Now along with the regular towers that need to be standing, there is another one that need protecting in order to keep using the wizards and his spells.

This expansion added a nice draw bag for the monster tokens and also adds about 30 minutes to the game time.

But this story is really about the brand new second expansion for the game, “The Dark Titan.” For a very small price of $14.95, The Dark Titan Agranok will test your defense forces. Agranok has different levels to fight. He’s always tough but at his highest level it will take a supreme effort to survive. While most adversaries have one to four hit points they can absorb before being eliminated, Agranok takes eight to put him down for good.

It takes three of his minions to appear from the monster bag before Agranok will arrive, which means that you will have some time to get a foothold at the castle before having to deal with him.

Just as with The Wizard’s Tower, there are also more tools at the players’ disposal to help dispatch these challenges. Those tools include support tokens, boiling oil and a Cavalier ally that will ride out from the castle and take on some of the invaders for you.

This expansion can be played just with the base set or with the base plus The Wizard’s Tower for the ultimate in challenge, variety and fun. Playing with all three sets, I can virtually assure all gamers there will be moments of panic when it seems all might be lost – and with the challenges put forth, that might really be true.

The beauty of the new expansion is that no appreciable added length to the game time has been noticed and very little complexity has been added. The new material on each side of the fight is both balanced and easily implemented.

If there is a place in your game collection for a game that will get all members of the family or gaming group on the same side, pulling for one another and putting their heads together strategically, then Castle Panic is the perfect game to fill that role.

More and more often, Castle Panic spends less and less time away from that tabletop. I can wait for the next offering from Fireside Games.

Discover more about this game and many more at: http://www.firesidegames.com/