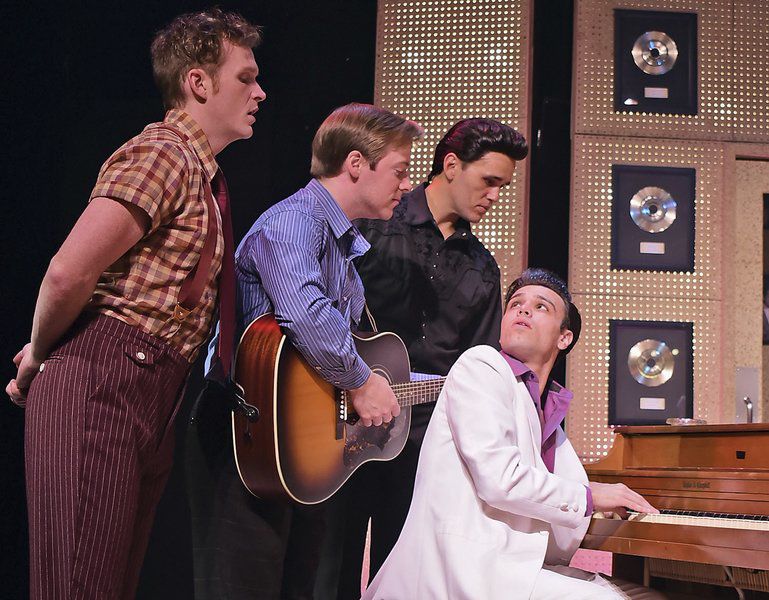 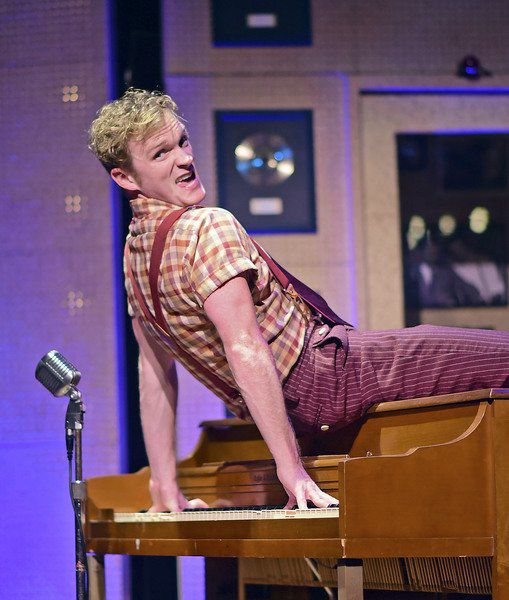 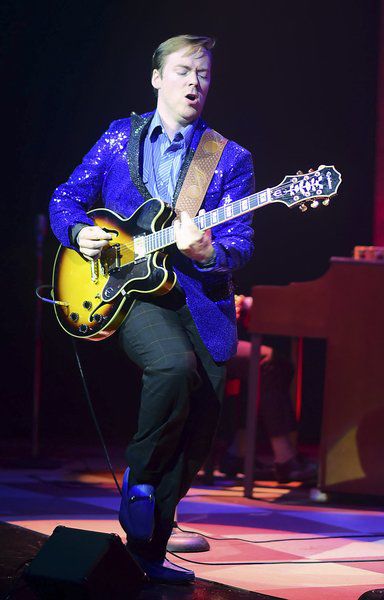 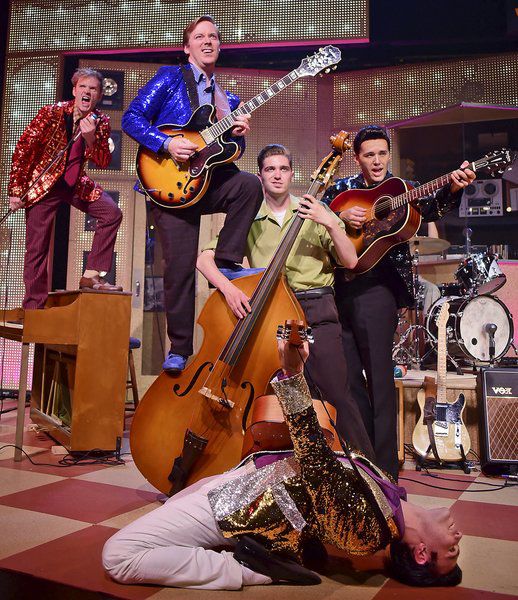 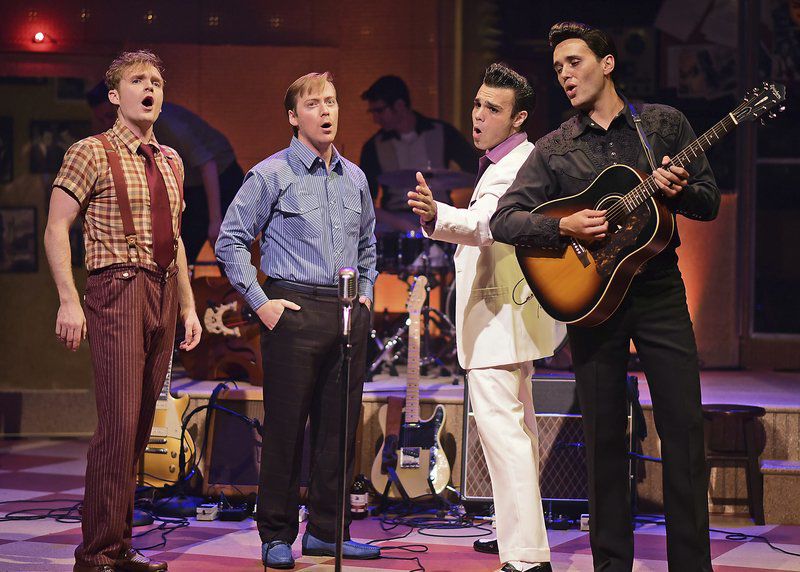 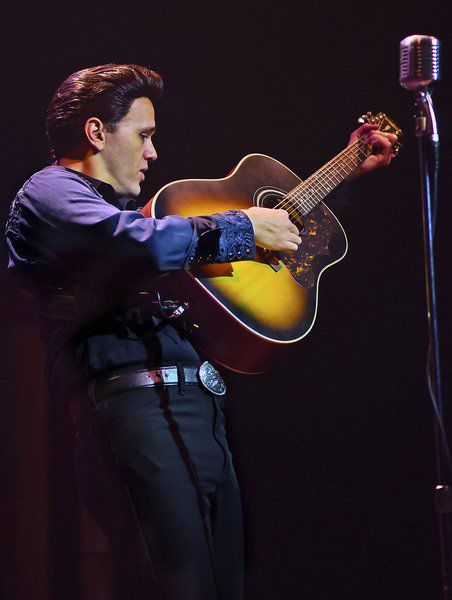 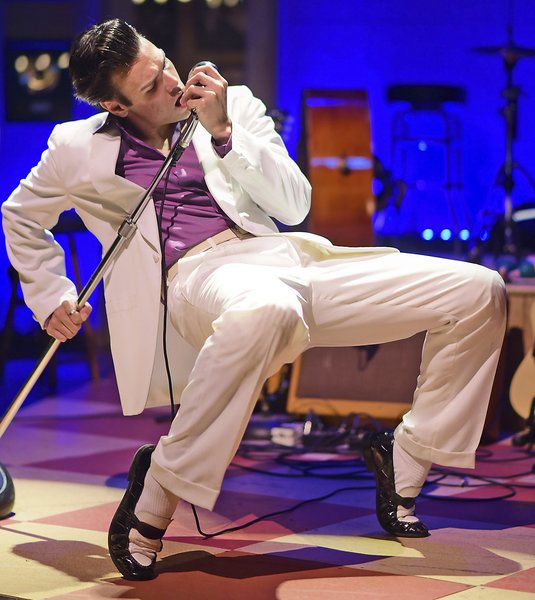 INDIANAPOLIS – If you’re looking for a rockin’ and rollin’ good time, look no further than the stage of Beef & Boards Theatre.

Now through Aug. 26, the theater presents an electrifying musical interpretation of one of the most extraordinary nights in music history. Set on Dec. 4, 1956, “Million Dollar Quartet” celebrates the twist of fate that brought Johnny Cash, Jerry Lee Lewis, Carl Perkins and Elvis Presley together at Sun Records in Memphis, Tennessee, for a legendary jam session.

Fans of any of the four might remember the iconic black-and-white photo taken that night … Presley at the piano, with Lewis, Perkins and Cash looking over his shoulder.

It’s touchingly recreated here before the show rockets its way to a gangbusters finale.

Four newcomers to Beef & Boards play the quartet’s icons, and each slips into the roll with unabashed enthusiasm and ease. Their cohesion shines during a stirring rendition of "Down By the Riverside."

Christopher Wren gives Perkins, the “King of Rockabilly,” plenty of life, from the singer’s signature leg kicks to the pickin’ of his guitar. You’ll forget another member of the quartet even had anything to do with “Blue Suede Shoes.” And you’ll be dancing in your seat through his performance of “Who Do You Love?”

Edward La Cardo plays Presley, focusing on the King’s softer, soulful side and loyalty to the recording studio and man, Sam Phillips, who gave him his big break. He’s certainly got Presley’s moves down, from the hip thrust to his love affair with the mic. “Hound Dog” is definitely a highlight of his night.

Both are highly entertaining and obviously immensely talented … but they are definitely outshined by the other two members of the quartet.

Brian Michael Henry captures Lewis is true form – zany, unbridled and a hillbilly to the core. His antics provide much of the comic relief as the tale turns slightly dark when the quartet faces an avalanche of secret promises and betrayals. One could get lost just watching him pound away on the piano through “Great Balls of Fire” and “Whole Lotta Shakin’ Goin’ On.” You’ll be entranced by his ability to play the piano while standing on it and with the keyboard behind his back … that is if you can take your eyes off the Man in Black.

Justin Figueroa plays Cash with depth and solemnness befitting the often-tormented country boy. He knows exactly how to hold (and play) the guitar like Cash. And his voice is well-suited for Cash’s deep tones, making you melt with “Walk the Line” and slap your knee along with “Folsom Prison Blues.” The theater’s costume/makeup departments deserve kudos as well for expertly sculpting Figueroa’s hair into Cash’s signature style.

The rest of the ensemble is superb. Eddie Curry as Sun Records’ Phillips provides the exposition on the night, telling the audience all about how he met these boys and made them the stars they are today. Jill Kelly Howe gets to show off her pipes in “Fever” as Dyanne, Presley’s girlfriend. Dave Perry as Brother Jay and Nathan Shew as Fluke show their incredible talents as the bass and drum players.

Don’t miss out on this incredible party with the true legends of rock ‘n’ roll.