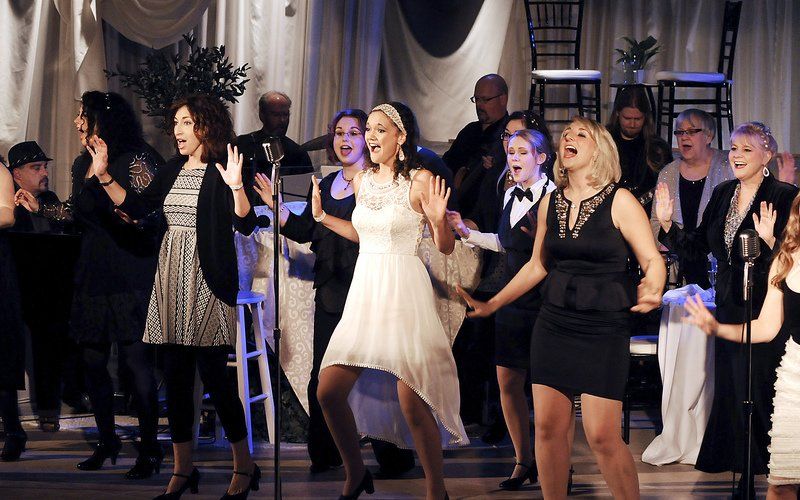 John P. Cleary | The Herald BulletinThe congregation does some choreography to one of the songs in "Jesus Christ Super Star" 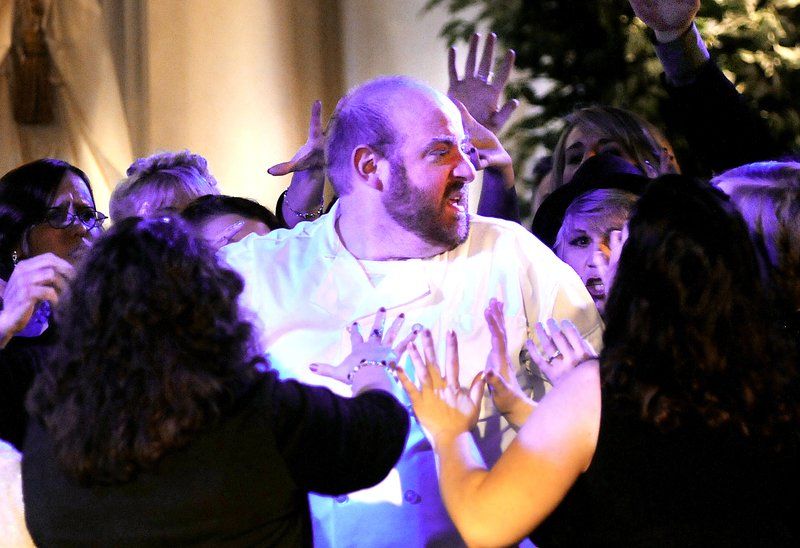 John P. Cleary | The Herald Bulletin Jesus (Daniel Draves) is surrounded by the congregation wanting him to heal them. 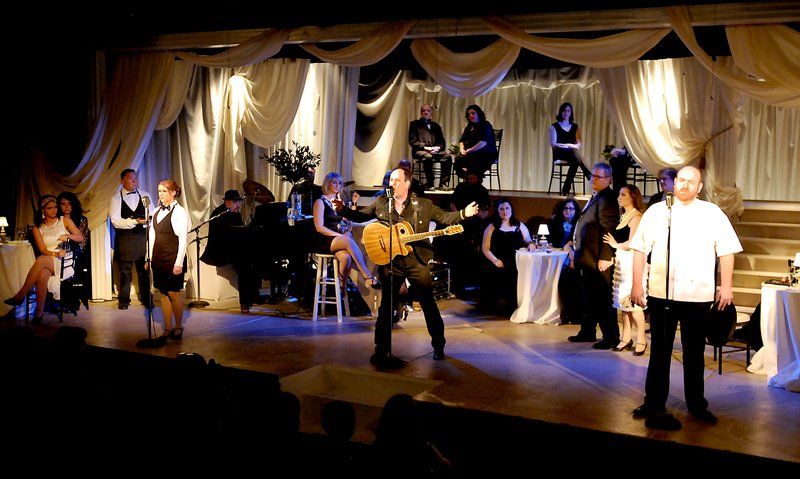 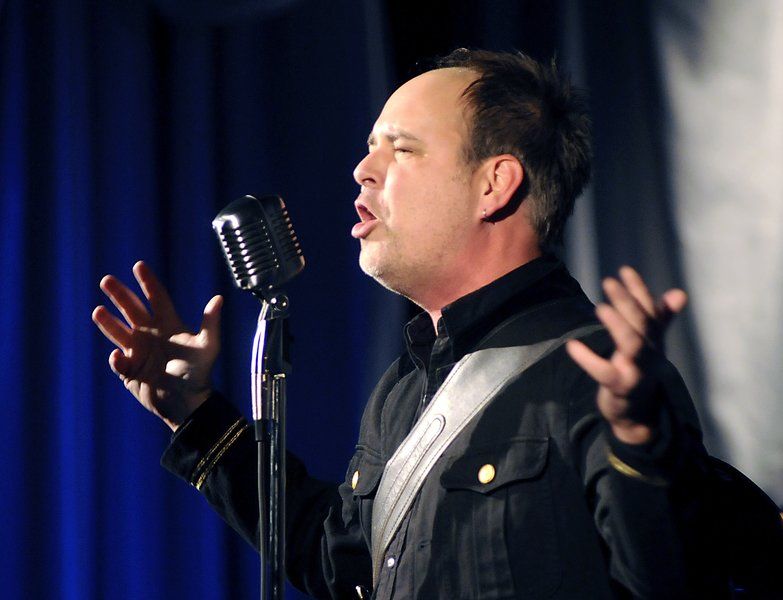 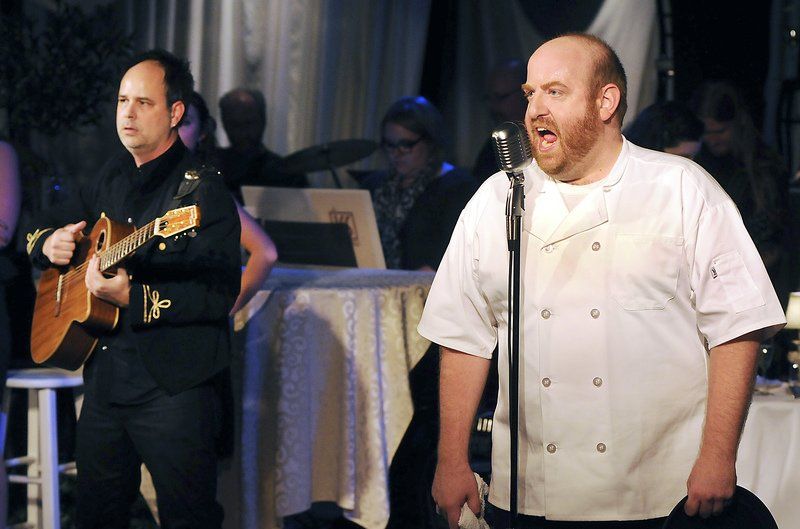 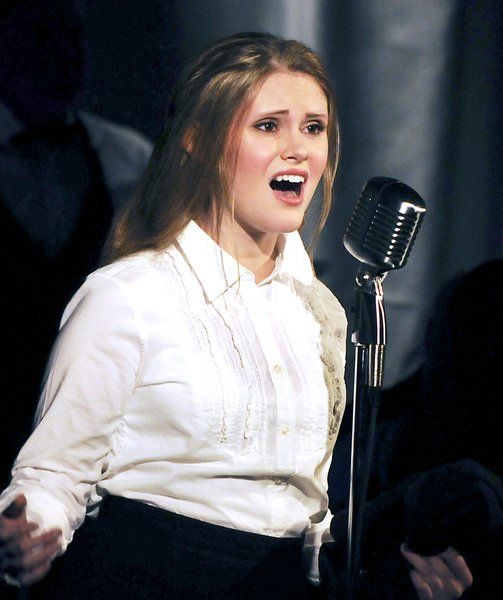 John P. Cleary | The Herald BulletinThe congregation does some choreography to one of the songs in "Jesus Christ Super Star"

John P. Cleary | The Herald Bulletin Jesus (Daniel Draves) is surrounded by the congregation wanting him to heal them.

ANDERSON — There are a lot of superstars with immense musical, vocal and dance talent at Mainstage Theatre.

Many of them get their chance to take center stage in the theater’s latest production at 124 W. Ninth St.

The rock opera, which is the theater’s last performance of the season, is loosely based on the Gospel’s accounts of the last week of Jesus Christ’s life and Judas’ role in his crucifixion.

Originally a rock recording, “Jesus Christ Superstar” moved to Broadway in 1971, was made into a 1973 film and has spawned various productions over the past four decades.

Directed by Rick Vale, who also plays Pontius Pilate and is the show’s pianist, Mainstage Theatre’s production offers its own take and setting.

Set in the “universe” of the Last Supper Club, the stage is adorned with white drapes and reminiscent of a jazz bar, a fitting backdrop as a place for sins to become prevalent.

But the real superstars are in the ensemble cast, all of whom prove they have the talent to deliver amazing songs such as “Everything’s Alright,” “I Don’t Know How to Love Him,” “Hosanna” and “This Jesus Must Die.”

Although he may not look like the typical depiction of Jesus Christ with long hair and a dark beard, Daniel Draves is a powerhouse as the Son of God. His amazing voice and stage presence make it obvious why he’s perfect for the titular character.

Edward Paul Fry’s rocker look and voice fit his role as Judas. He has the perfect hint of edginess to play the mixed-up and well-meaning traitor.

Maggie Williams gets her chance to shine every time she walks up to the mic as Mary Magdalene, as does Julia Bratton as Mary, Mother of Jesus.

With a simple cocking of an eyebrow, head tilt, mischievous smirk or squint, Rick Purvis and Zachary Ryan Allen as Caiaphas and Annas, respectively, came across as the perfect conniving antagonists. Although it was hard to hear their solos at times, their vocal talents are undeniable and complement one another.

Dana Stone, Craig Scarberry, Cito Wyatt, Katherine Jones and Bill Malone may have some of the smaller roles, but their voices are just as big.

Stone, who also stood in for soloist Mindy Morton, and her fellow soloists Tiffany Jackson, Martin Stapleton, Roland VanHorn and Kathleen Wile complemented the rest of the cast with their wonderful performances.

The choreography performed by The Congregation and featured dancers was on point and played homage to dance styles from other musicals. The tight moves were among the most complicated, tight and interesting combinations of Mainstage’s season.

On paper, the backdrop, choreography and music for this production of “Jesus Christ Superstar” may look like they repel one another, but all of it and the large cast’s immense talent comes together beautifully under Vale’s direction.

The rock opera was the perfect way to end Mainstage Theatre’s season on a high note.

Tickets for “Jesus Christ Superstar” are $10 and can be purchased by calling Mainstage Theatre Box Office at 644-5111.