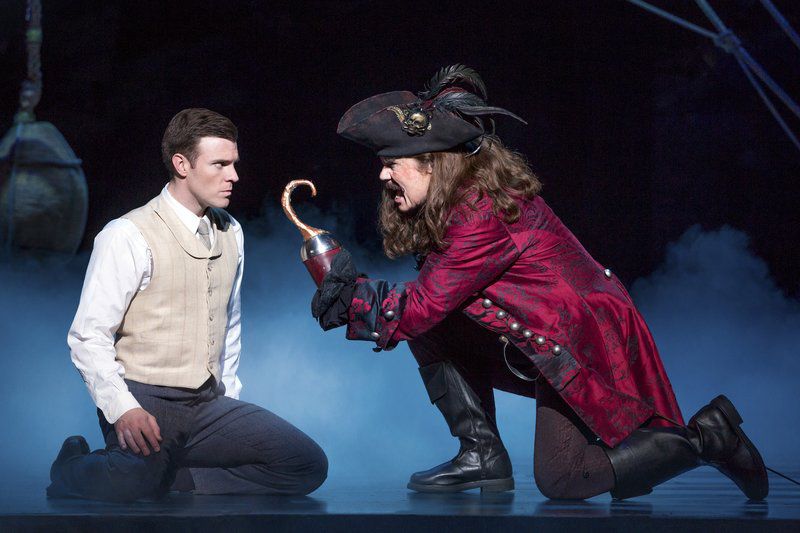 Submitted photoBilly Harrigan Tighe and John Davidson perform in a scene from "Finding Neverland," at Clowes Memorial Hall in Indianapolis through Sunday. 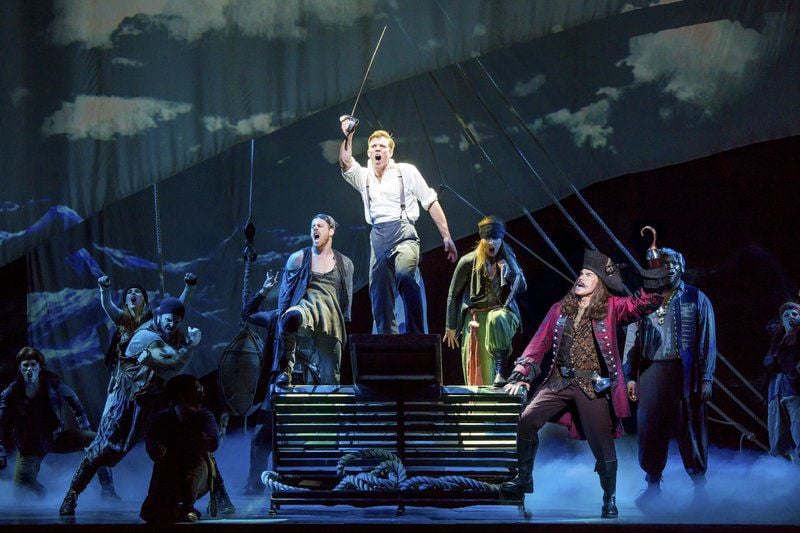 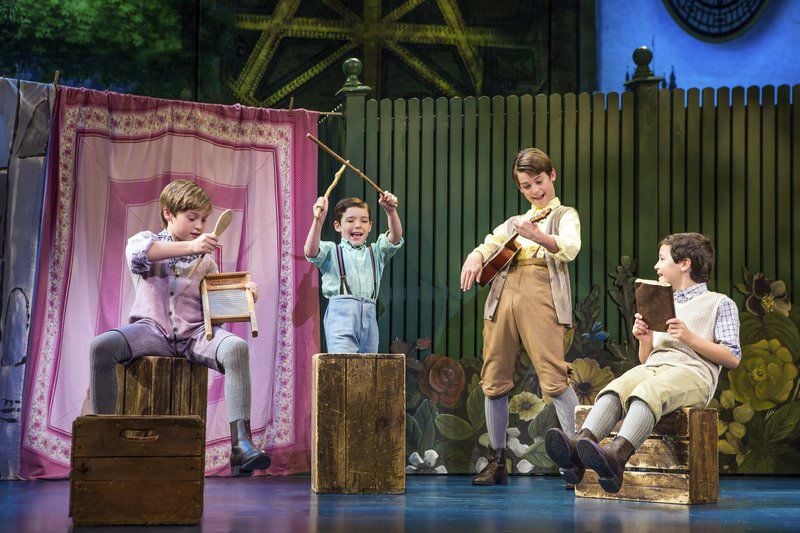 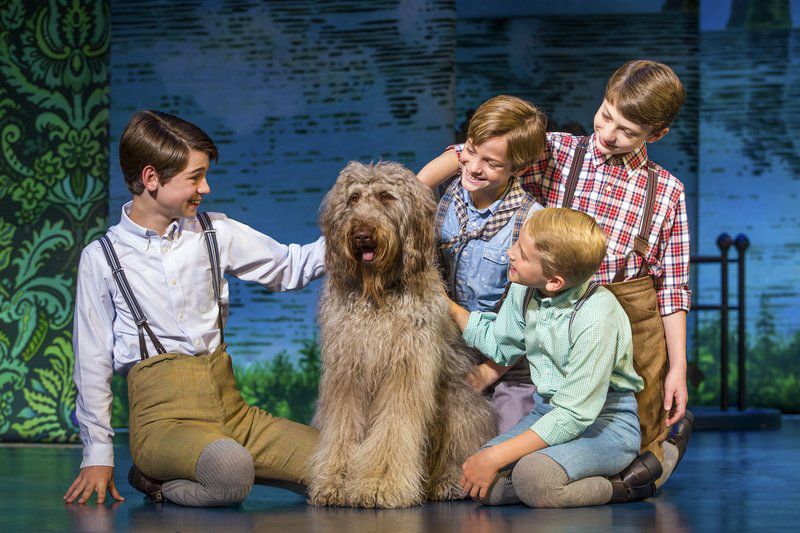 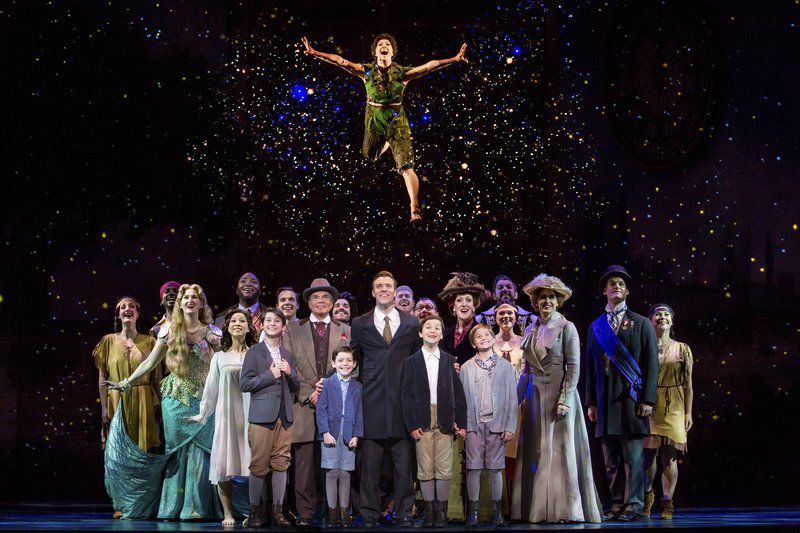 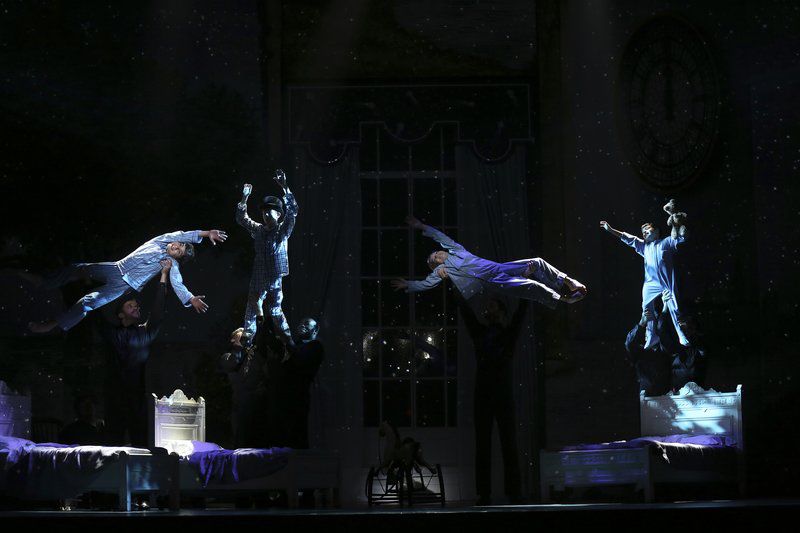 Submitted photoBilly Harrigan Tighe and John Davidson perform in a scene from "Finding Neverland," at Clowes Memorial Hall in Indianapolis through Sunday.

INDIANAPOLIS — "Finding Neverland" is not a musical version of the classic "Peter Pan." Nor is it necessarily a proper place for fidgety, under-5 kids — unless you want to explain why a parent dies and why there is no flying Peter Pan for a good portion of the play.

The musical is about loss — loss of childhood, loss of a marriage, loss of loved ones.

But thankfully "Finding Neverland" is also about the ways that inspiration can help adults regain all the things they have lost over the years.

In relaying that message, the musical running through Sunday at Clowes Memorial Hall is a delightful, near-perfect trip through rejuvenation as it explores a year in the life of "Peter Pan" writer and playwright J.M. Barrie, a period when his faith in innocence is reignited by a widow and her four sons.

Billy Harrigan Tighe plays Barrie with an emotive, commanding tenor. Adding humor, charm and quick wit is singer John Davidson (from TV's "The Hollywood Squares" and "That's Incredible!") as Charles Frohman, the producer of Barrie's plays who is not so fond of children. Barrie's plays have followed mundane formulas until he meets Sylvia Davies, the mother of four, in a park.

Davies is effectively played by Christine Dwyer, who benefits greatly by stunning special effects in her final song as stars swirl around her as she is taken to "Neverland."

Following the plot of the 2004 Oscar-winning film, this touring Broadway musical is often captivating with crisp acting, a large backing cast and video images, particularly a cloud sequence as Dwyer performs "All That Matters."

The first act introduces the audience to all these characters with lively, ever-shifting scenes. There's hints, of course, that Barrie will find his motivational symbols: the reflection of a dinner spoon becomes Tinkerbell and Frohman's curved cane leads to Capt. Hook's missing hand.

The second half is a balancing act between the exuberance of an opening night of Barrie's new play and the tragedy of a woman's final moments with her children. It never loses its optimistic pacing and never turns dispirited.

"Finding Neverland" may have moments that impress small children but its true message is one for the ages, and perhaps the aging: You can go back to your original values if you just believe in the powers of youth.

What: "Finding Neverland," the musical that is part of the Broadway in Indianapolis series