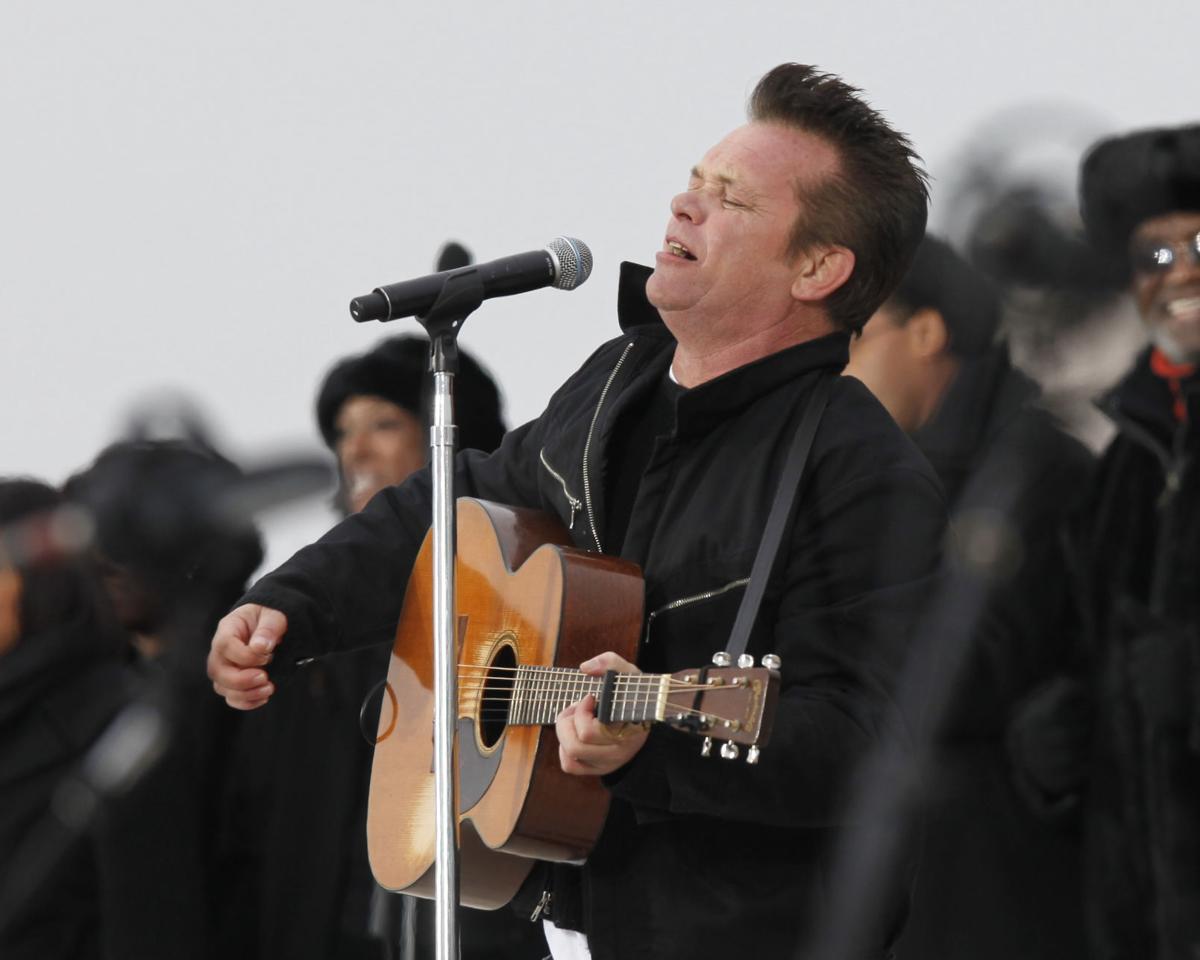 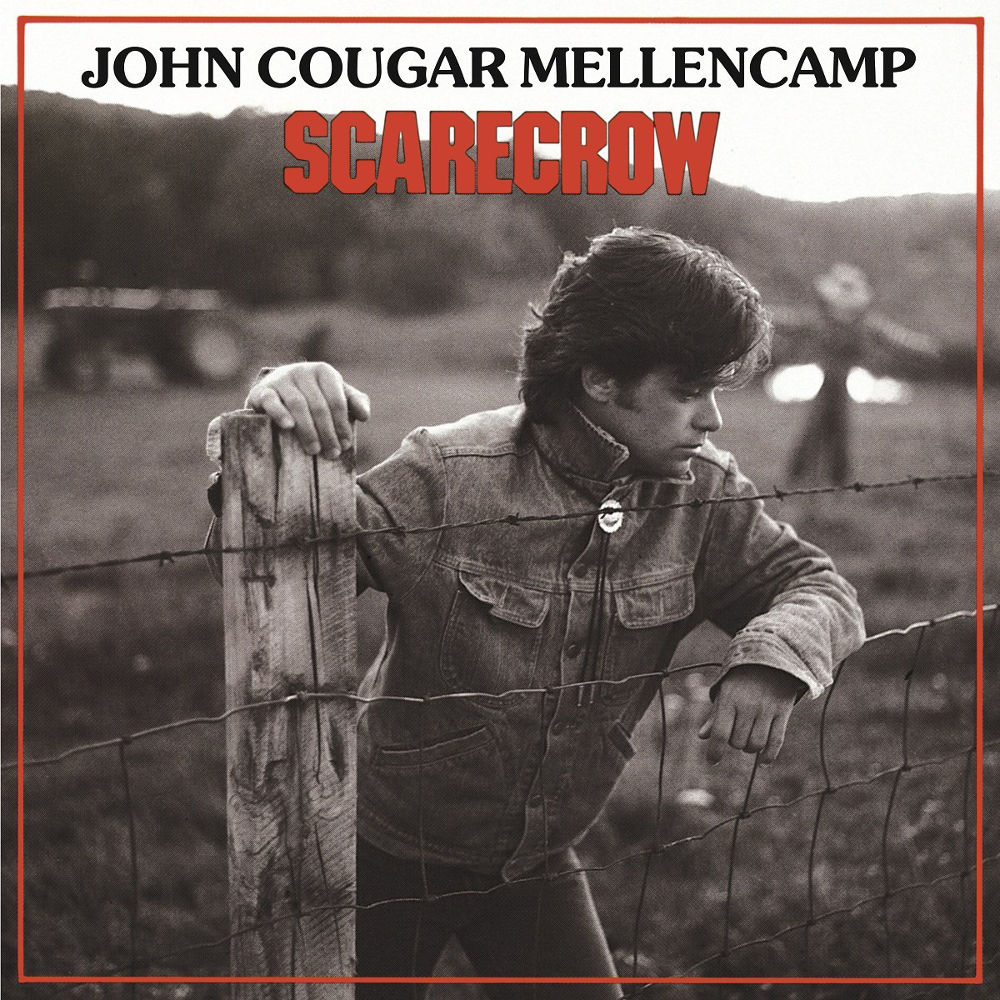 In August 1985, John Cougar Mellencamp released “Scarecrow,” his brilliant break from a past that was close to cementing him into an unescapable rock mold.

With “Scarecrow,” he took control with stark and heartfelt songs without sacrificing the “hits.”

Adding to “Scarecrow’s” austerity, he posed for the black-and-white cover in a jean jacket leaning on a fence post, staring mournfully at farmland. Also that year, he helped found Farm-Aid. He was on his way to defining the lives of the disenfranchised much as John Steinbeck had done decades earlier.

“Scarecrow” was a road map for every Midwestern boy who picked up a guitar, drove a beat-up car or hung out with his girl at the Tastee Freeze.

He changed the direction of rock, moving it (as did Bruce Springsteen) from the garage to the heartland. That freedom has lasted into recent explorations into Americana.

In honor of that momentous choice 35 years ago, it’s time to look at a list of John Mellencamp’s (and some of John Cougar’s) 35 best songs.

1. “Paper in Fire,” 1987. Take Ecclesiastes, throw in a line from “Hud” and you come up with a masterpiece about those who burn up their existence by chasing naive dreams. Wasted American lives would be one of his consistent themes but never as a parable like this.

2. “Rain on the Scarecrow,” 1985. A searing snapshot of the American farmer amid foreclosure. Sadly, such tragedy crosses the generations: “This land fed a nation, this land made me so proud / And son I’m just sorry they’re just memories for you now.”

4. “Human Wheels,” 1993. There’s no song like this in his catalog, with a basement vocal looking for light from above. Deeply philosophical and vibrantly rhythmic.

5. “I Need a Lover,” first released in U.K. in 1978. Wait for it … the lyrics don’t start until two-and-half minutes into this five-minute-plus epic. In the same year when Buzzcocks’ Pete Shelley said punk was dead, Johnny Cougar rekindled swagger for every guy (and gal) needing someone “that knows the meaning of, aah, hey hit the highway.”

6. “Authority Song,” 1983. Fighting the boss man was second nature for Mellencamp, who always lost. But he came out smiling. And so did we.

7. “Ain’t Even Done With the Night,” 1980. The song about first lust is as crisp as a summer evening, capped by a soft sax and a ringing guitar with time-to-go-home chimes. It’s from “Nothin’ Matters and What If It Did,” perhaps the best name for any rock album in history.

8. “John Cockers,” 2008. With Tom Waits grit, Mellencamp, firmly in the Americana vein, takes on the persona of a lonely man whose family has left and whose past values are now laughable. It features a shattering acoustic trot produced by T-Bone Burnett.

9. “Crumblin’ Down,” 1983. The swift backbeat highlights his intensity which flies throughout: “Want to put my arms around you / Feel your breath in my ear / You can bend me, you can break me / But you better stand clear.”

11. “Jack and Diane,” 1982. This crackerjack Polaroid shot frames the tedium of youth against a glimmer of hope in becoming adults. But you know, there are some ditties you just hear too many times …

12. “Sugar Hill Mountain,” 2017. A world with “bubblegum and cigarette trees.” See? The guy can still smile while dreaming.

13. “My Soul’s Got Wings,” 2017. Using Woody Guthrie poems, this singalong shows why he deserved the prestigious Woody Guthrie Prize.

14. “Cherry Bomb,” 1987. The nostalgia of “when groovin’ was groovin’” is supported by Lisa Germano’s sweet violin and one of JM’s best choruses.

16. “Truth,” 2013. There are better songs — by Neko Case, Rosanne Cash and others — on the Southern Gothic “Ghost Brothers of Darkland County” but this is the one with Mellencamp joining the gradual vocal crescendo that takes us to the place where tragic souls might be headed.

17. “Sad Clowns,” 2017. With blues in hand, he can be as self-deprecating as any songwriter. “I could be more accommodating but somehow it’s lost on me.” Folks don’t realize how good this album is.

18. “Don’t Need This Body,” 2008. Never thought “Johnny Cougar” would admit to such a pending death confessional: “This getting older ain’t for cowards.”

19. “Wild Night,” 1994. I tried to keep the list to Mellencamp-penned songs but this unexpected pairing with Meshell Ndegeocello (and her popping bass) is still fresh, funky and peaked higher on the charts than Van Morrison’s original.

20. “My Sweet Love,” 2008. Over a stuttering beat, Mellencamp and producer T-Bone Burnett channel The Everly Brothers with a truly sweet love song.

21. “Rural Route,” 2007. Arguably his most tragic tale, it’s a haunting story of a backwoods abduction and rape of a fifth-grade girl. Guitars, trapped by suffering, beg for a more hopeful ending.

22. “Early Bird Cafe,” 2017. Though not his words, it was time for him to record this late-1960s folk story that he first heard at a Jerry Hahn Brotherhood concert in Indy.

23. “In My Time of Dying,” 1999. On “Rough Harvest,” among other discs, the traditional gospel song gets a folksy flair.

25. “Sugar Marie.” The 1979 version rocks with anticipation and his 2010 acoustic version makes it very personal as he’s older and still loving the truck stop gal. Thinking of his “On The Rural Route 7609” box set from 2010, it alone could be another list.

26. “If I Die Sudden,” 2008. Check out Farm-Aid versions that celebrate this self-eulogy. Should he die, just pine box the boy. Reminds me of my Hoosier ancestors.

27. “We Are The People” 1987. Mellencamp and Kenny Aronoff lead a unity march for the meek and the less fortunate.

28. “Check It Out,” 1987. “The Lonesome Jubilee” album sparkled thanks in part to this front porch violin by Lisa Germano. Every line is a story.

29. “When Jesus Left Birmingham,” 1993. Mystery inside a conundrum. It’s either about 1963’s church bombing or sinful partying. I encourage you to pick the symbolism.

30. “Peaceful World,” 2001. Not a fan of the lyrics but it swells with sincerity thanks to India Arie.

31. “Between a Laugh and a Tear,” 1985. A few years down the road for Jack and Diane when “adolescent dreams are gone.” One solution? Don’t give up. Remember to “smile in the mirror as you go by.”

32. “Lawless Times,” 2014. A light-hearted look at everything illicit including, “If you wanna steal this song / It can be easily loaded down.”

33. “Your Life is Now,” 1998. If you can’t talk to your kids about life, play this. It’s another beautiful thought from his co-writer, the late George Green.

34. “Small Town,” 1985. The title is mentioned, count ‘em, 17 times. We get it — he likes small towns. And fighting against that love, the main character has as much ambition as Jack or Diane? Still, it’s catchy enough to be included here.

35. “Miami,” 1979. Just kidding. Substitute “Pink Houses,” 1983. I guess it had to be included here if only for the ramshackle beat. Mellencamp found the one gaudy pink house in Indiana, figured that the guy out front was poor and blamed the American system for it. Then he chastised those who vacation in Mexico or work in skyscrapers. It’s from “Uh-Huh,” the album that demanded he change course. He followed it with “Scarecrow.”

Disagree with the list? Send an email to newsroom@heraldbulletin.com

Retired journalist Scott L. Miley is a former managing editor for The Herald Bulletin and a former statehouse reporter for CNHI News Indiana.