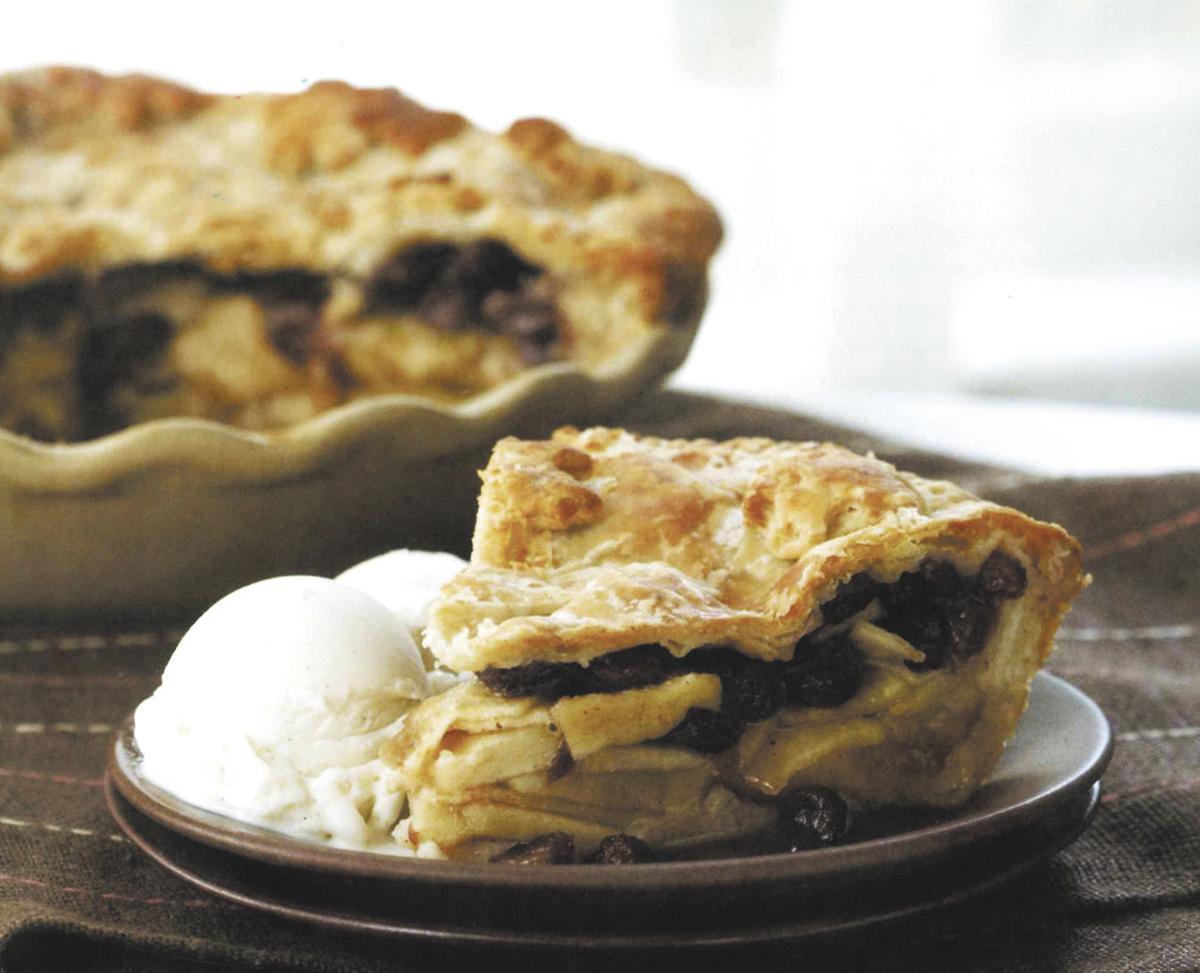 French Apple Pie is a tasty treat no matter the season.

French Apple Pie is a tasty treat no matter the season.

Certain foods are synonymous with particular holidays or times of year. For example, few people can imagine celebrating Valentine’s Day without ample supplies of chocolate on hand. And what summer barbecue is complete without grilled hot dogs and hamburgers? While these foods and others are must-haves during certain times of the year, that doesn’t mean they cannot be enjoyed whenever a craving arises.

Apples, and particularly apple pie, are a staple of many holiday season celebrations. But apple pie is just as delicious in March, April, May, etc., as it is during the weeks between Thanksgiving and Christmas. That’s especially true when the apples are fresh.

Whether yours is a seasonal or non-seasonal craving for apple pie, be sure to satisfy it with this recipe for “French Apple Pie” from Mollie Cox Bryan’s “Mrs. Rowe’s Little Book of Southern Pies” (Ten Speed Press).

To make the raisin filling, combine the raisins, water and lemon juice in a heavy saucepan over medium heat. Bring to a boil, then lower the heat to medium-low and cook, stirring occasionally until the raisins are plump, about 15 minutes.

Separately, combine the corn syrup, flour and sugar and mix well, then add to the raisins and continue cooking, stirring occasionally, until thick and syrupy, about 10 minutes. Remove from the heat and cool until the mixture is just warm, about 10 to 15 minutes.

Preheat the oven to 400 F. Line a 9-inch pie plate with one rolled-out crust.

Peel the apples, cut them into thin wedges, and put them in a large bowl. Separately, combine the sugars, cinnamon, nutmeg and cornstarch, then add to the apples and gently stir until evenly mixed.

Spread the apple mixture in the crust in an even layer, then spread the raisin filling evenly over the apples. Brush the rim of the crust with water, cover with the second rolled-out crust, seal and flute or crimp the edges, and cut a steam vent in the center.

Bake for 40 to 50 minutes, until golden brown. Cool on a wire rack for one to two hours, until completely cool.

To make the icing, combine the sugar and water and mix well. Add the butter and mix until smooth. Brush over the top of the cooled pie before serving.

Press the dough together to form two equal balls, then flatten into disks. Roll out the crusts right away, or wrap the dough tightly, smoothing out any little wrinkles or air pockets and refrigerate for up to two weeks. On a lightly floured surface, roll out each ball to a thickness of 1/8 inch. Use a light touch and handle the dough as little as possible.