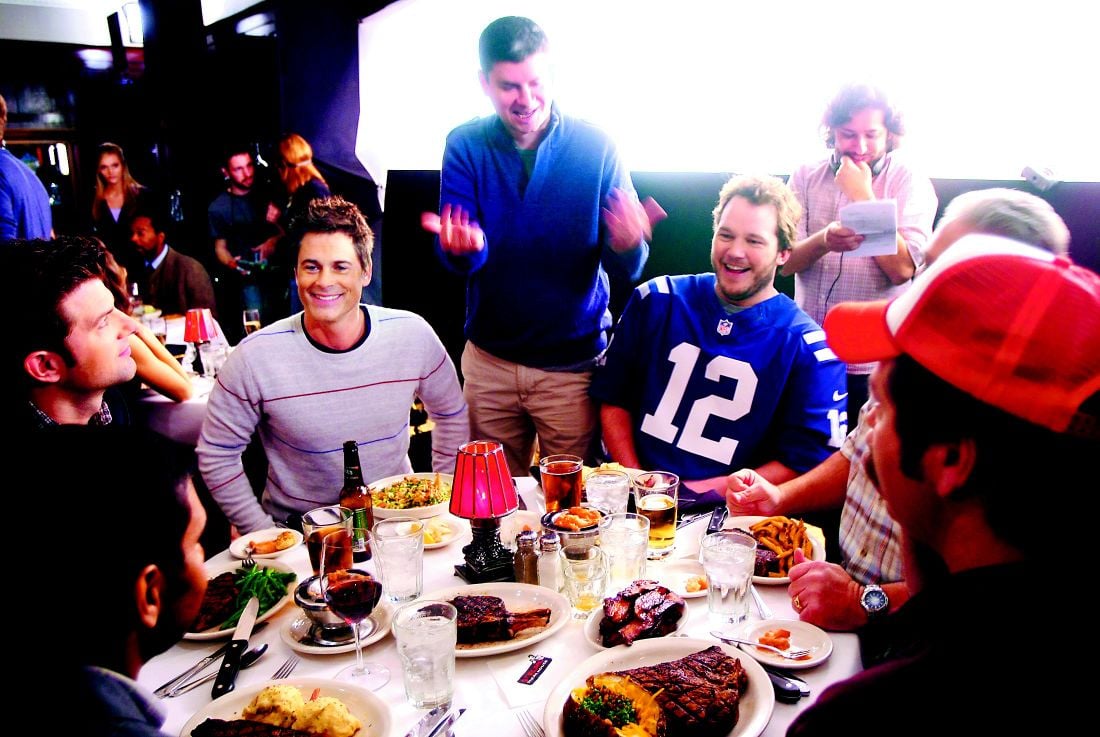 Scenes from the filming of Parks and Recreation being filmed at St. Elmo's in Indianapolis. Aziz Ansari, Adam Scott, Rob Lowe, Chris Pratt, Jim O'Heir and Nick Offerman go over directions between takes of a scene. 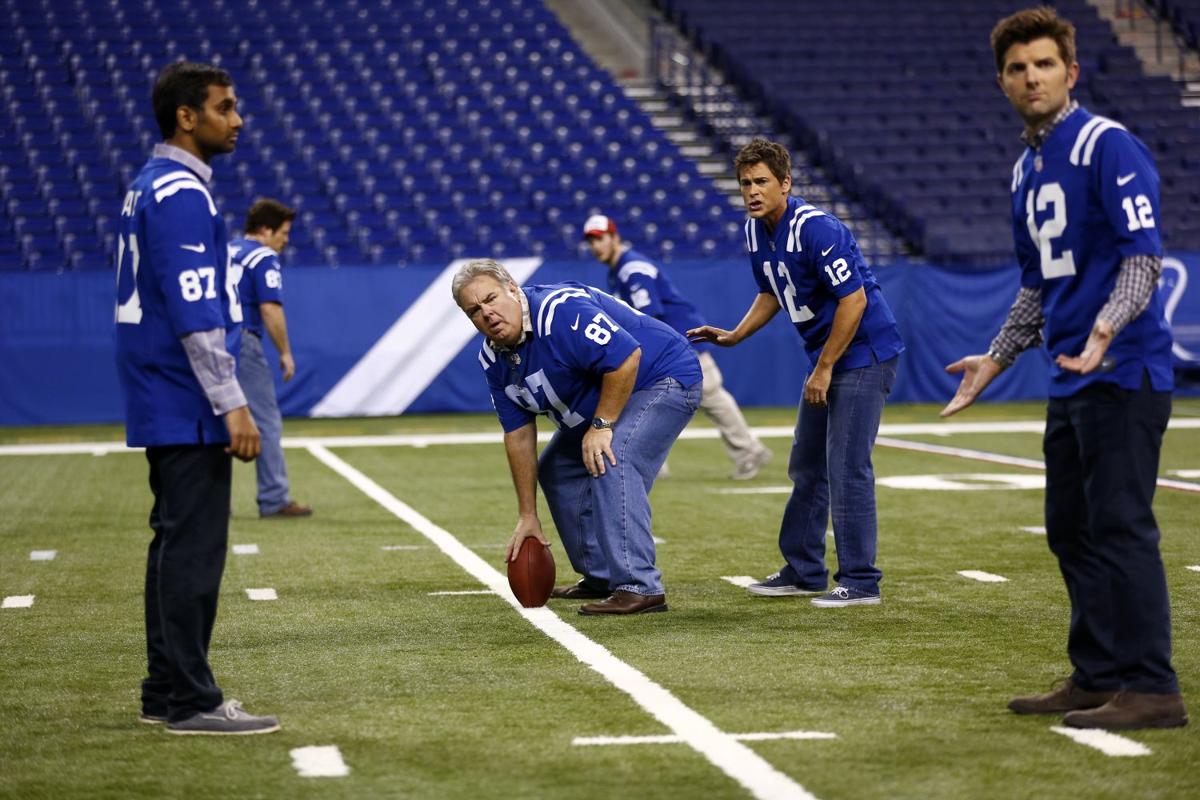 Scenes from the filming of Parks and Recreation being filmed at St. Elmo's in Indianapolis. Aziz Ansari, Adam Scott, Rob Lowe, Chris Pratt, Jim O'Heir and Nick Offerman go over directions between takes of a scene.

All of them will be appearing in the winter premiere of NBC’s “Parks and Recreation” shot in the Indianapolis area last December and airing Thursday night.

Lowe, a co-star of the hit comedy about the fictional Indiana town of Pawnee, traveled with the show’s male cast members to Indiana to shoot an episode that includes some iconic landmarks in the state’s capital city.

One was Lucas Oil Stadium, where Irsay made a cameo appearance according to script.

Another was St. Elmo’s Steak House, where Gingrich — in town to interview then-Gov. Mitch Daniels — showed up unintentionally and was written into a scene when the show’s producers recognized him at the bar.

The crew also shot some background scenes, without the cast, in Zionsville and Lebanon.

Late last week, NBC’s publicity department released some early photos from the shoot and a few more details about the episode.

The century-old St. Elmo’s is supposed to be clearly identified.

“I’ll be heartbroken if it’s not,” said Brin Jones, St. Elmo’s marketing director. “I think it’s good for the show not to have everything completely fictitious.”

Gingrich isn’t the only real-life politician who’s been featured in the show. Earlier this season, Vice President Joe Biden and Senators John McCain, Barbara Boxer and Olympia Snowe all made cameo appearances.

St. Elmo’s is hosting a viewing party Thursday night, before and during the episode that airs at 8:30 p.m., with proceeds from the event going to the real-life parks and recreation department at the city of Indianapolis.

Maureen Hayden covers the Indiana Statehouse for the CNHI newspapers in Indiana. She can be reached at maureen.hayden@indianamediagroup.com.