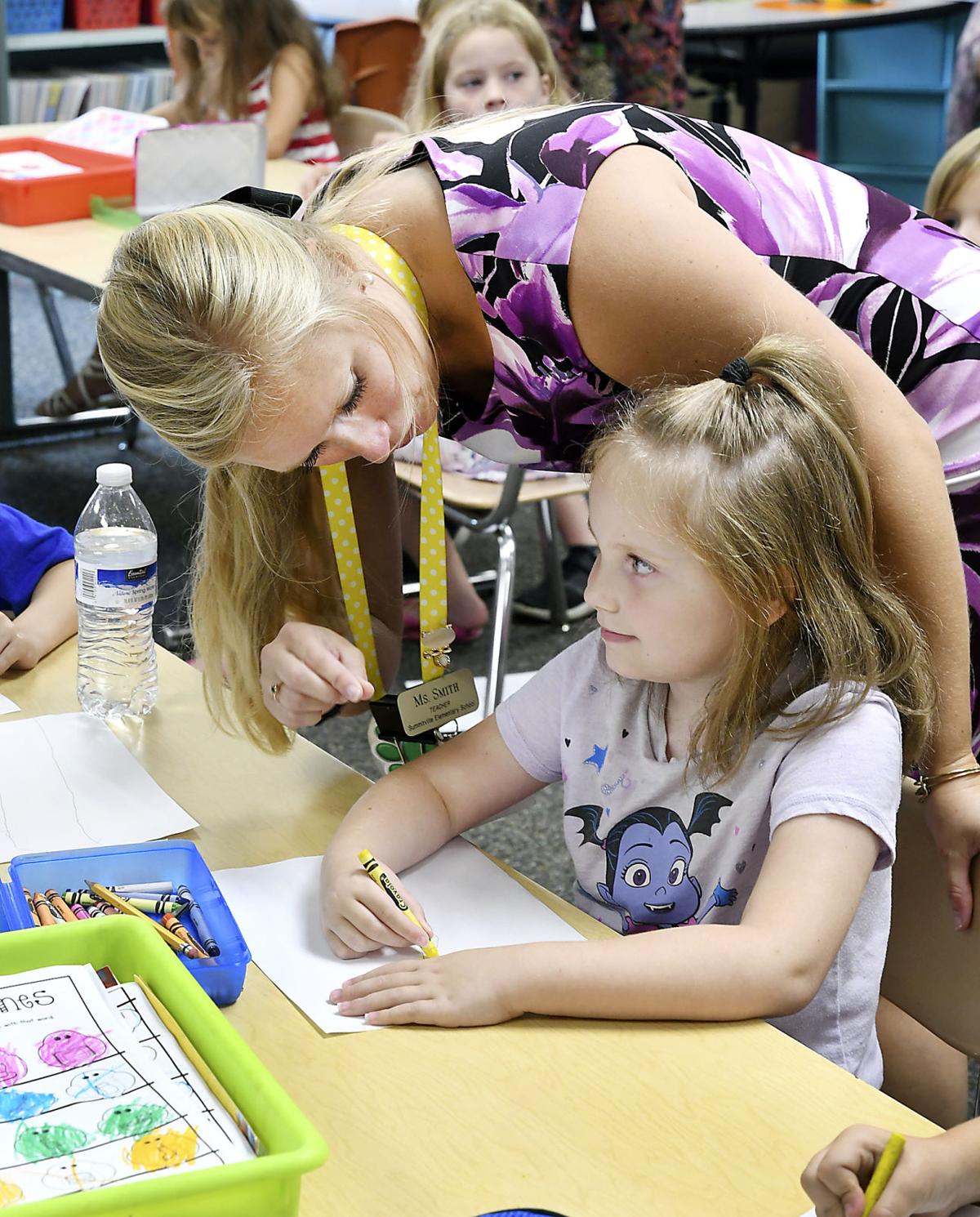 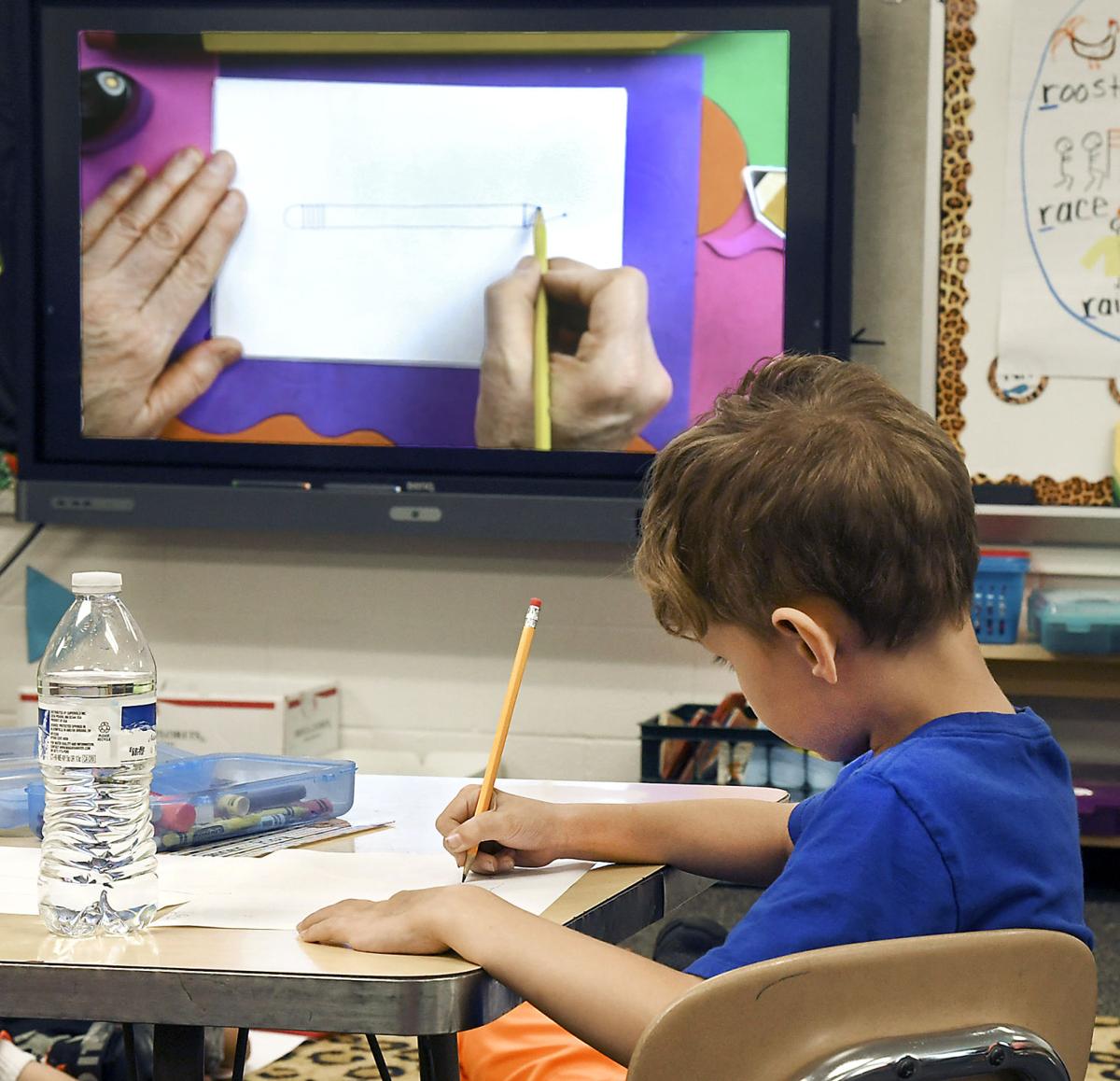 A DrawntoDiscover.com video shows Summitville kindergartners the proper way to hold a pencil or crayon for good penmanship. 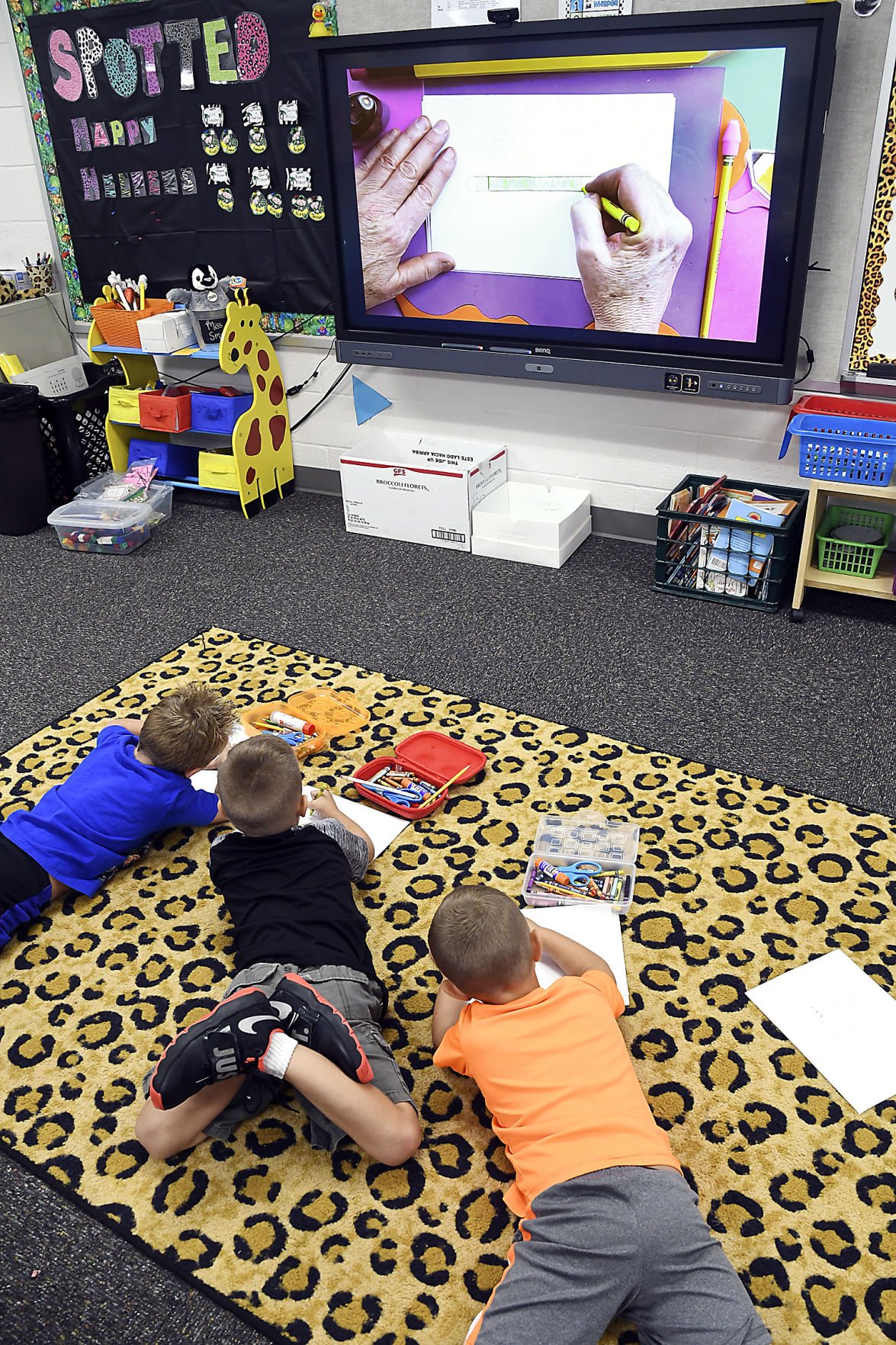 Kindergartners at Summitville Elementary School stretch out on the floor as they watch a DrawntoDiscover.com video, showing the proper way to hold a pencil or crayon to do cursive writing. 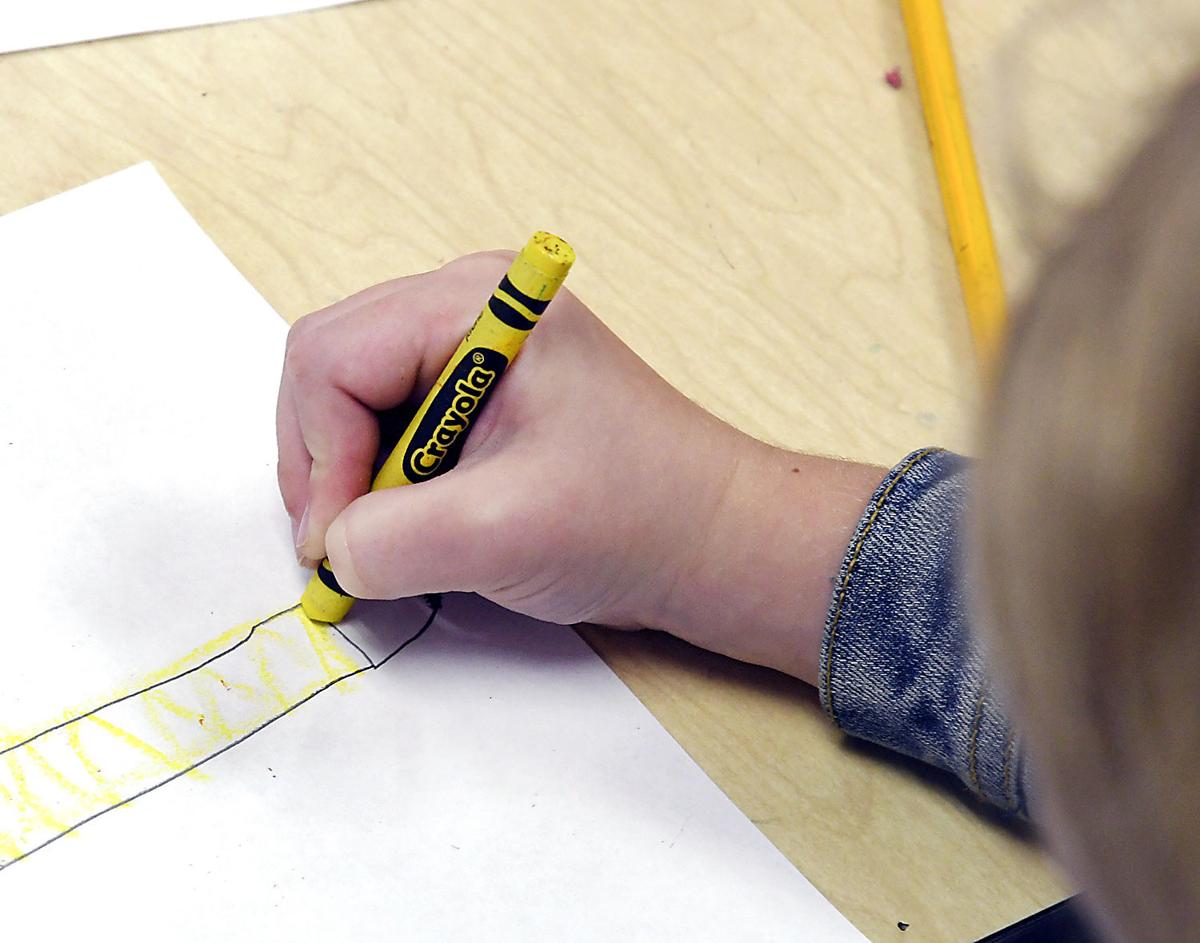 Summitville Elementary kindergartners learn the proper way to hold a pencil or crayon by drawing a pencil.

A DrawntoDiscover.com video shows Summitville kindergartners the proper way to hold a pencil or crayon for good penmanship.

Kindergartners at Summitville Elementary School stretch out on the floor as they watch a DrawntoDiscover.com video, showing the proper way to hold a pencil or crayon to do cursive writing.

Summitville Elementary kindergartners learn the proper way to hold a pencil or crayon by drawing a pencil.

SUMMITVILLE — In Samantha Smith’s kindergarten classroom at Summitville Elementary School, an artist in a video instructs the dozen students to draw two long lines then go out about an inch and draw a dot, before connecting each line to the dot.

“Pinch it. Pick it up. Make the slide. Rest it on the next finger,” the voice instructs the students as they pick up a pencil to draw.

It may not seem the pencil the students are drawing and coloring in has anything to do with their ability to write in cursive, but the teachers and school leadership hope it will revive in Madison-Grant United School Corp. an increasingly lost art.

“There’s some science behind that that’s helping them with their grip,” said the school’s principal, Jackie Samuels.

As schools and districts have turned to computers over the past decades, students spend more time at keyboards and less time simply writing things down. And changes to Common Core standards that did not require handwriting further decreased students’ access to this once-important skill.

A 2017 survey by the Indiana Department of Education of school teachers and administrators concluded 70% supported a cursive writing requirement, but only about 20% of schools teach it.

Anne Trubek, author of “The History and Uncertain Future of Handwriting,” said initially the demands for a return to instruction in cursive writing in popular culture were rooted more to an idea that someone who is unable to do so is less civilized, cultured or educated. More recently, however, the idea of being able to write in cursive has been part of a patriotic rallying cry closely allied with the call for school uniforms and the Pledge of Allegiance, she said.

But education experts also increasingly are calling for a better balance between keyboarding and writing because some studies demonstrate a brain-to-hand link that shows handwriting improves academic achievement in all disciplines. For instance, officials for the College Board, which develops and oversees the SAT test, reported students who wrote the essay portion of the exam in cursive scored higher than those who wrote in print.

Summitville Elementary School has partnered with DrawntoDiscover.com to help students master the fine motor skills necessary for good pensmanship. DrawntoDiscover also helps students strengthen their socio-emotional skills as the presenters talk about peace and tolerance while they guide the students through their tasks, Samuels said.

“The kids love it because they don’t realize how they’re growing because they’re drawing,” she said. “It’s really a lost art, cursive writing.”

Allison Gill, who teaches sixth grade at Summitville, said she has seen a decline in students’ abilities to write in cursive and has to spend more time teaching them something they used to learn in earlier grades. That’s why she is happy to see the DrawntoDiscover curriculum come to her school and become implemented starting in kindergarten.

“We’re very lacking in fine motor skills these days. These are just muscles that don’t develop as early as they used to,” she said. “They have trouble reading what they wrote and what other people do, as well.”

Though most contemporary books and documents are printed with uniform type, there are instances in which knowing cursive comes in handy, Gill said. For instance, people need to develop their unique signatures to ward off fraud.

Knowing cursive is equally important for literacy, Gill said. Students may be required to read an older document, such as the U.S. Constitution in its original form, she said.

“Even some novels have sections that are written cursive,” she said.

The issue of writing in cursive remains intensely political.

Cursive writing has not been part of Indiana’s education standards for more than a decade, but some lawmakers are pushing for its return. Some Hoosier lawmakers would like to join the two dozen other states that have reintroduced cursive writing to their curriculums.

In 2018, state Sen. Jean Leising, R-Oldenburg, for a seventh time authored a bill that would have required all traditional public, charter and accredited nonpublic elementary schools to introduce cursive writing into their curriculum. It would have been considered a part of the English language arts standards.

Neither bill got very far in the process. Each year, Leising’s bill was killed by the House Education Committee chairman after passing the Senate.