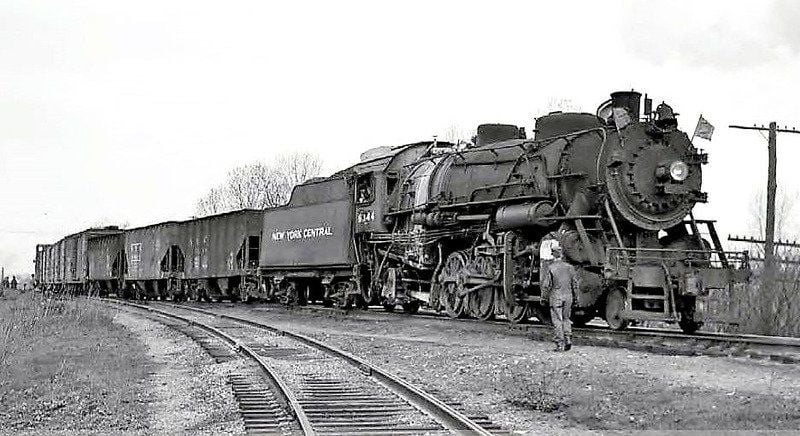 Submitted photoA train heads out of Anderson bound for Wabash in this 1956 photo. 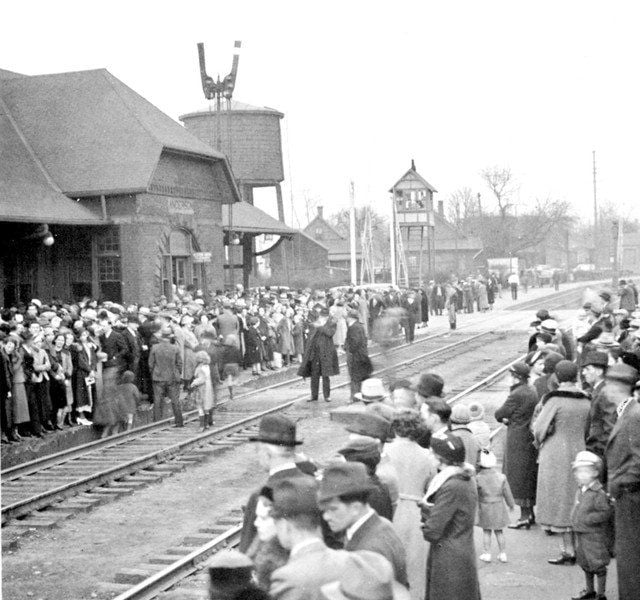 Submitted photoMembers of the Anderson High School Choral Club wait for a train at the Anderson Big Four Depot in 1936.

Submitted photoA train heads out of Anderson bound for Wabash in this 1956 photo.

Submitted photoMembers of the Anderson High School Choral Club wait for a train at the Anderson Big Four Depot in 1936.

Many times I've been asked: “What exactly is the Big Four?”

The Big Four railroad was the CCC & StL. The actual name was the Cleveland, Cincinnati, Chicago & St. Louis Railroad, according to Edson’s “Railroad Names.” The CCC & StL was an independent system until the 1880s or 1890s when it became a part of the New York Central Lines.

Essentially, it became the New York Central between Cleveland and East Alton with GM&O trackage rights to East St Louis. Other connections were Cleveland to Cincinnati via Columbus and Dayton, and Cincinnati to Kankakee via Indianapolis, with trackage rights on the Illinois Central into Chicago. There were numerous associated branches such as the Michigan Division of the Big Four that ran through Anderson connecting Louisville, Kentucky with Benton Harbor, Michigan via trackage rights from North Vernon to Louisville.

The CCC & StL was a home-grown Indiana-Ohio product. It started with the Bee Line connecting to its counterpart in Ohio, and the railroad began to build around that main line. They leased and bought and built and they were THE power from Cleveland to Columbus to Cincinnati to Indianapolis to Chicago to St. Louis and Peoria. It’s no wonder that the New York Central Lines wanted them.

The New York Central leased the railroad from the CCC & StL. This was a common way for one railroad to acquire another operation. Another reason for the leasing of a property was the financial obligations of the leased line. The CCC & StL and the banks owned a lot of property and equipment.

Even when the equipment carried the name of the leasing railroad (i.e.: NYC Lines), there would be a small tag somewhere stating that the owner was the CCC & StL.

At one time, the Big Four was headquartered in Indianapolis. Its headquarters building still stands, I believe, on the southeast corner of Meridian and Maryland streets. That’s across from the Circle City Mall in downtown Indy.

In 1906, the Big Four began construction of a new shops complex in Beech Grove. This is the Amtrak Beech Grove Shops today. Previously, the Big Four had a shops complex on the east side of Indianapolis along the Bee Line. That line was still being used by Conrail as its Cleveland to St. Louis main line and is still used today by CSX. The CCC & StL Avon yards to the west of Indy are still very active.

I live a quarter block from Track 1 of the old Bee Line/Big Four main line in Anderson. The Norfolk & Southern dispatchers were still referring to the Conrail crossing of the N&S in Muncie as the Big Four. “The Big Four is running one ahead of you” was a common statement that I would hear on my scanner as the train slowed to a crawl or a stop until they could cross in the clear.

Old names can take a long time to die. The "Bee Line" name comes from an 1864 merger that opened a line from Indianapolis to Bellefontaine, Ohio. Yet another merger in 1868 let the new railroad reach Cleveland, and then when the road was consolidated in 1889 with two other lines now reaching from Chicago to Cincinnati, St. Louis, Indianapolis and Cleveland, the Big Four was born.