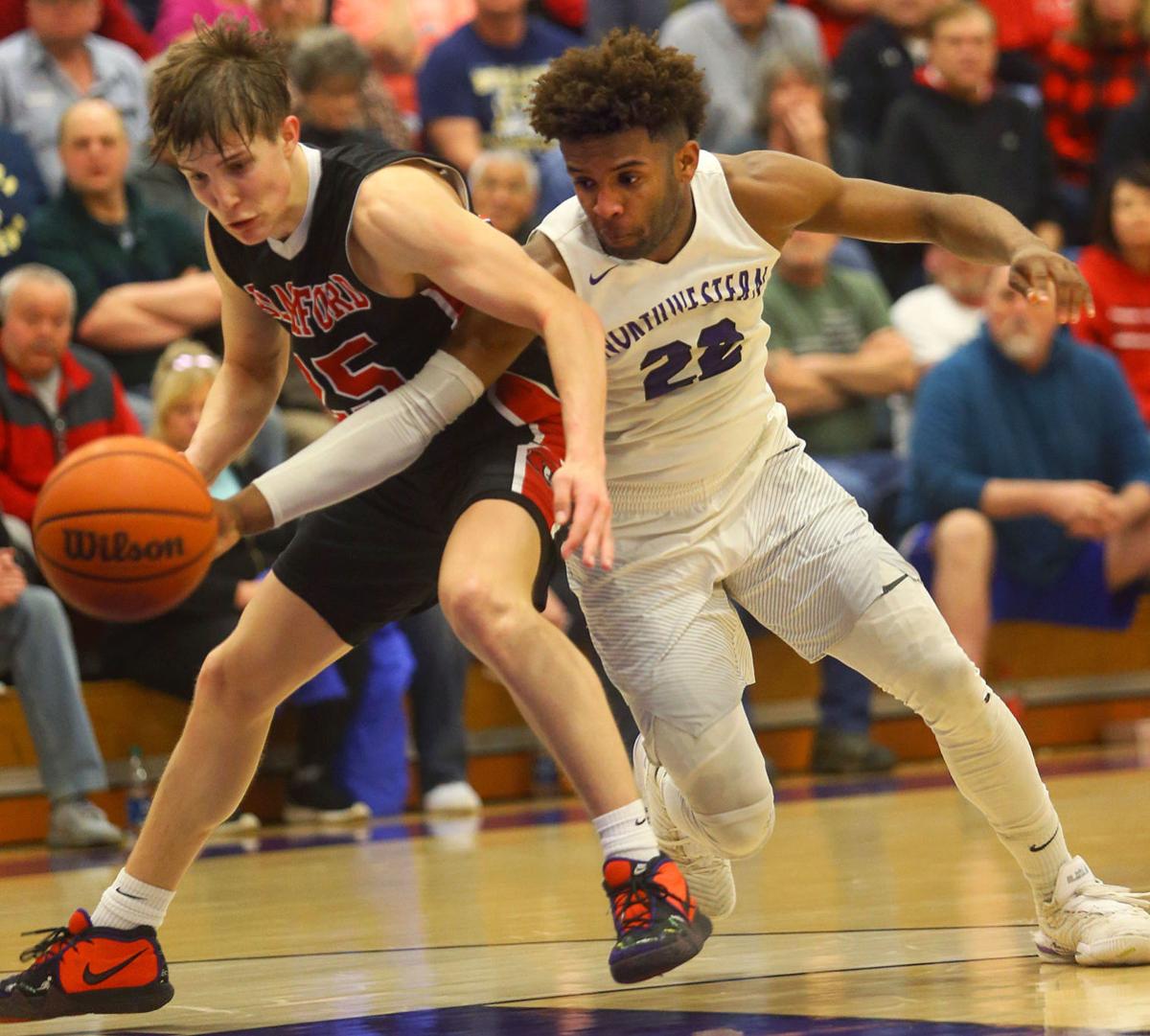 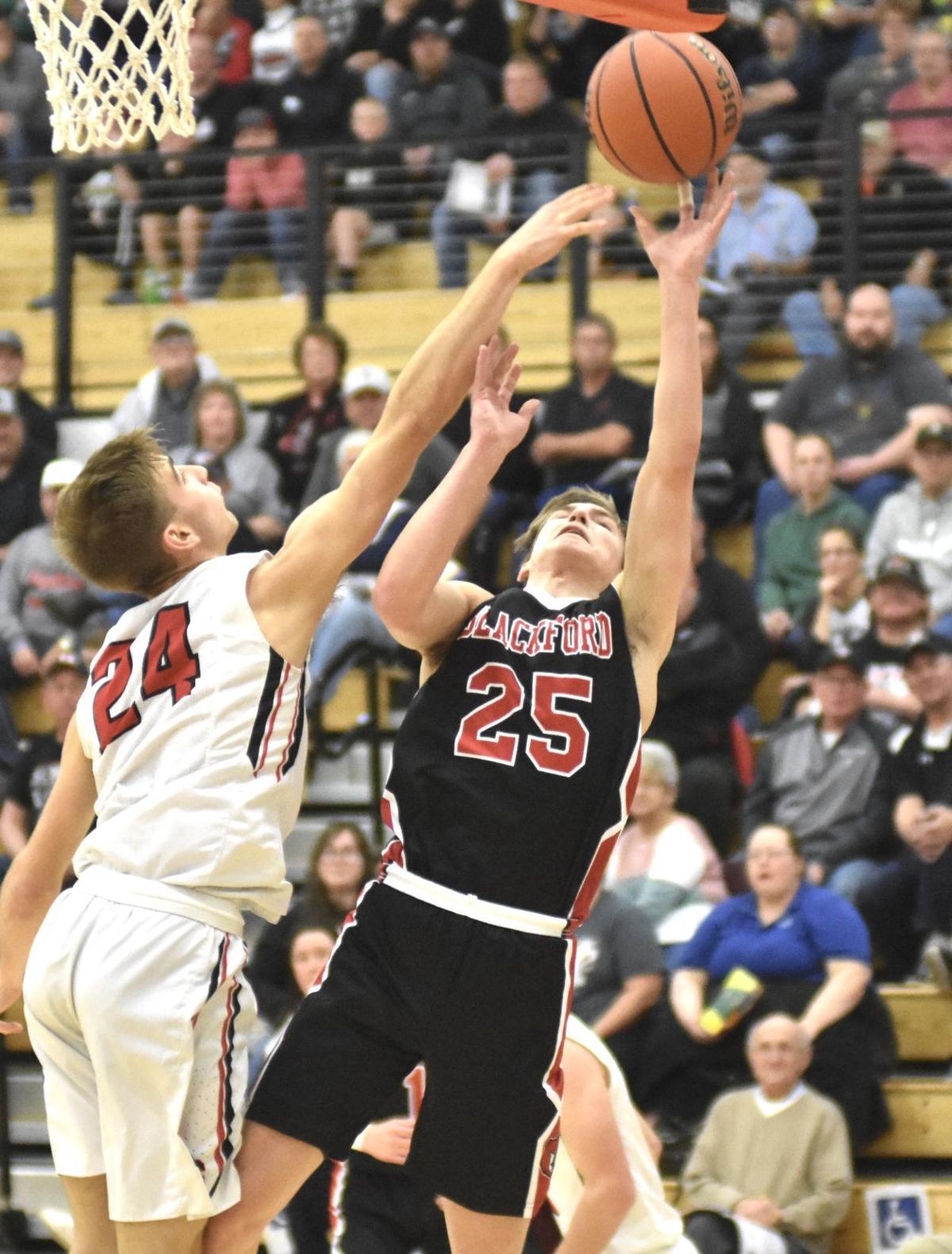 Indiana 3 darts through the north central Indiana countryside like a beam of sunlight. Here, past used car lots, small churches and the local Elks Lodge lies Blackford High School, where an 18-year-old wunderkind has led a basketball revival.

Blackford County had lost 71 of 72 games before guard Luke Brown first suited up as a freshman for the 2017-18 season. With Brown, now a junior, leading the way, the Bruins have become a small-school state title contender.

Blackford won its sectional in March and finished the coronavirus-shortened season with a 21-5 record. The 6-foot-1 Brown once again led the state in scoring at 32.3 points per game.

In a January game against South Adams, Brown took a shot to his hip going for a ball near the sideline at the end of the first quarter. Brown limped the rest of the game, but still managed 30 points and five assists to help lead Blackford to a 73-68 overtime win.

He made seven 3-pointers, many of which were three to five steps behind the high school 3-point line, and fed teammates with no-look passes.

For a weeknight game, it was a good crowd, with close to 1,500 fans. The Blackford side of the bleachers was full. On weekends, Blackford athletic director Tony Uggen said, it’s hard to find a seat, with crowds of more than 3,000 the norm.

“There’s people who will come to our games who don’t live in town and have no ties to Blackford,” Uggen said. “We’ve met people from Indianapolis who will tell us, ‘This is my sixth or seven time I’ve come to watch the Bruins, I just enjoy watching Luke and the team play.’”

Brown and the rest of the Bruins have galvanized a region that’s no stranger to hard times. Blackford draws students from both Hartford City (population 5,790) and nearby Montpelier (1,685). The population has decreased in the past decade in both towns.

Larry Henderson, a 1979 Blackford High grad who lives in Montpelier, said he’s been going back for basketball games most of his adult life.

“We’ve had businesses leave, and we’ve just been kind of down,” Henderson said. “We’re one of the smallest counties in the state. But since this has happened, the whole town has come out. ... We actually went to reserve seats this year ... because people were showing up at 3:30 in the afternoon to mark a good spot.”

Before Brown arrived, Blackford County was lucky to get 500 fans for a weekend game. Uggen said the curiosity began to build during Brown’s freshman year, when he set a state record for a freshman by scoring 55 points in a game against Elwood.

Winning came, too, as Blackford finished 14-9 in Brown’s freshman season. As a sophomore, Brown averaged 35 points, leading the Bruins to a state tournament run that ended with a loss to undefeated Delta.

“It would be pretty cool, but I haven’t really focused on that,” Brown said in January. “A lot of people have, and the noise has been brought up about it. I’m just trying to win games and see how far we can get this year in the tournament.”

Part of what draws fans to Brown is his humility. He often stays following games to sign autographs or take selfies with fans, and doesn’t leave until the last one is accommodated.

“Luke has brought a lot of positive impact in our community,” said Kirsten Kreischer, a 2015 Blackford graduate who works in the area as a certified nurse’s assistant. “It’s really nice to show that he’s not only here for himself, but he wants everybody to uplift and then for the team to be their best, not just him.”

Though Brown has been the star attraction, Uggen said he had a soft spot for the seniors on the team who were part of the tail end of Blackford’s losing streak. With Brown hobbled, several other Blackford players stepped up in the South Adams win, including senior guard Brandon Stroble, who scored 27 points and made a clutch 3-pointer near the end of regulation to help force overtime.

“I do feel bad for those kids that graduated before the turn was made because we owe a lot to them, because it really could have been worse,” Uggen said. “When things were really ugly, kids could have just totally said I’m not playing sports period, I’m not going through this, and who knows how bad it could have got at that point.”

There’s no denying, however, that Brown has sparked the turnaround. He and his family moved to Hartford City from Brownsburg just before the start of his freshman year in high school. His love affair with basketball began when his dad bought him a Little Tikes basketball hoop when he was 3 years old.

“I used to shoot on it all the time, and we’d work on my form and stuff,” Brown said. “So yeah, I’ve been playing basketball ever since I could walk.”

No Big Ten schools have come calling yet, but Brown has received scholarship offers from a handful of Division I schools, including Indiana State, Ball State, Akron, Toledo, Miami of Ohio and Wisconsin-Milwaukee.

But college can wait for now. Brown has a season left of high school basketball, and he's living a dream.