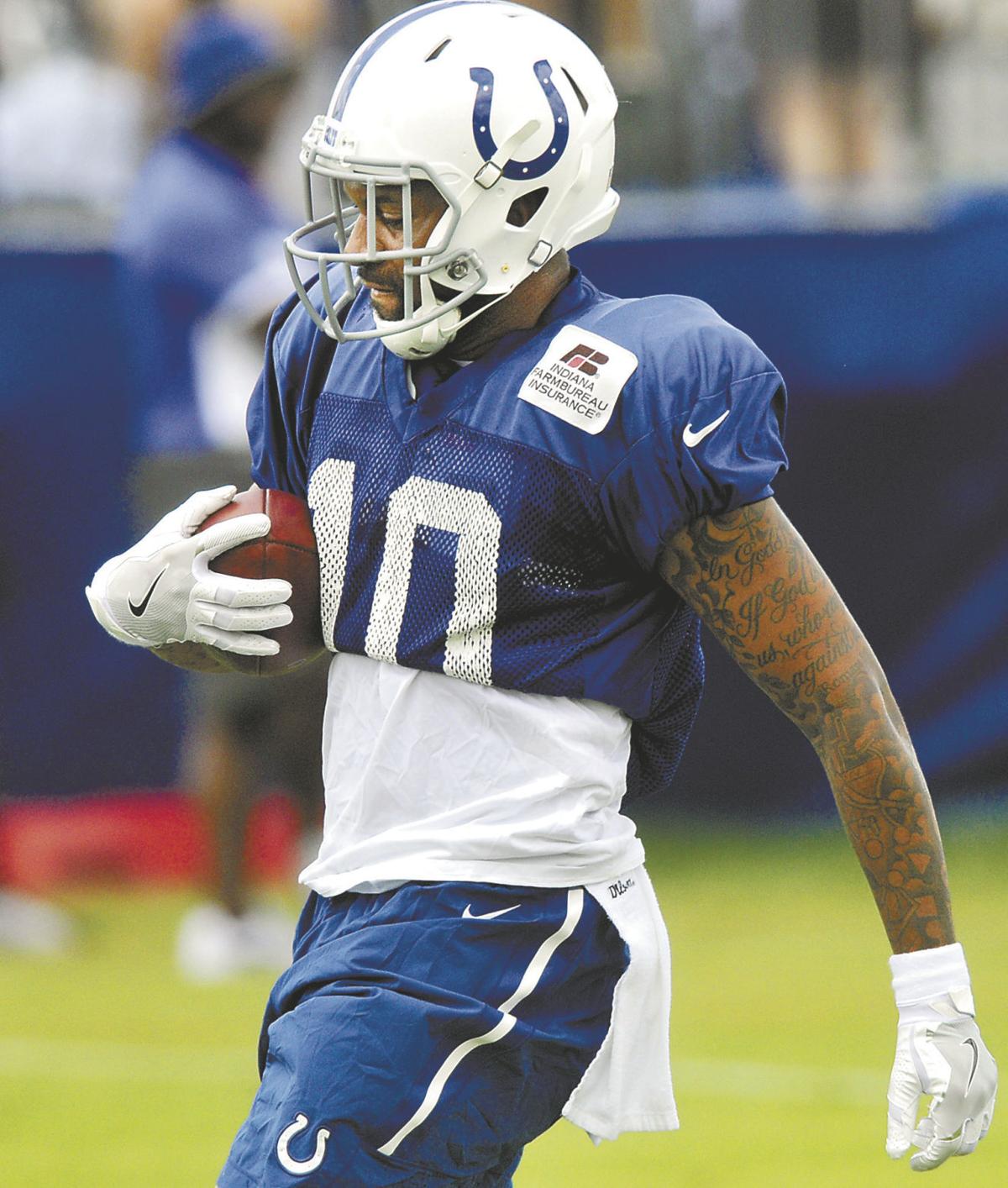 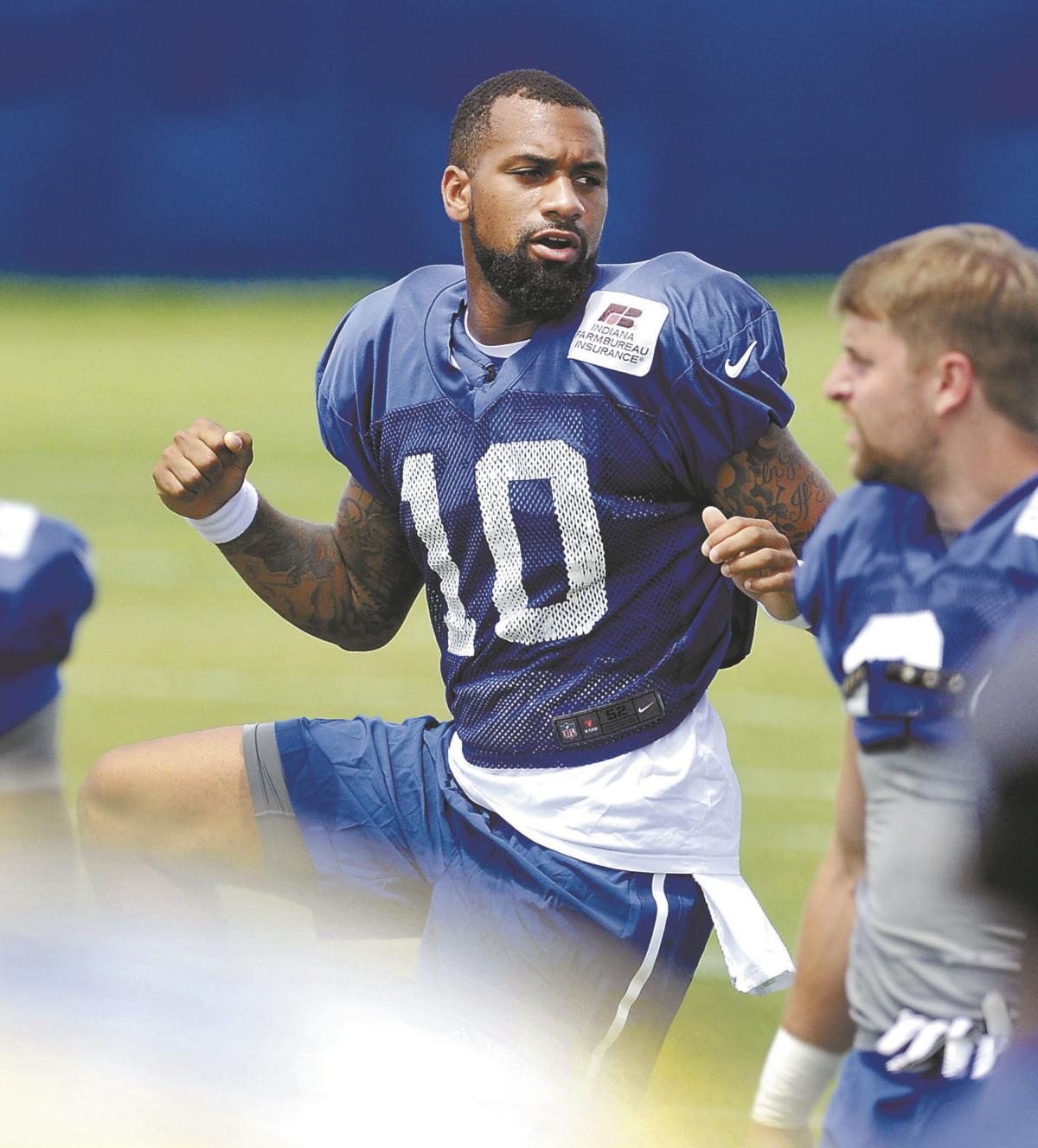 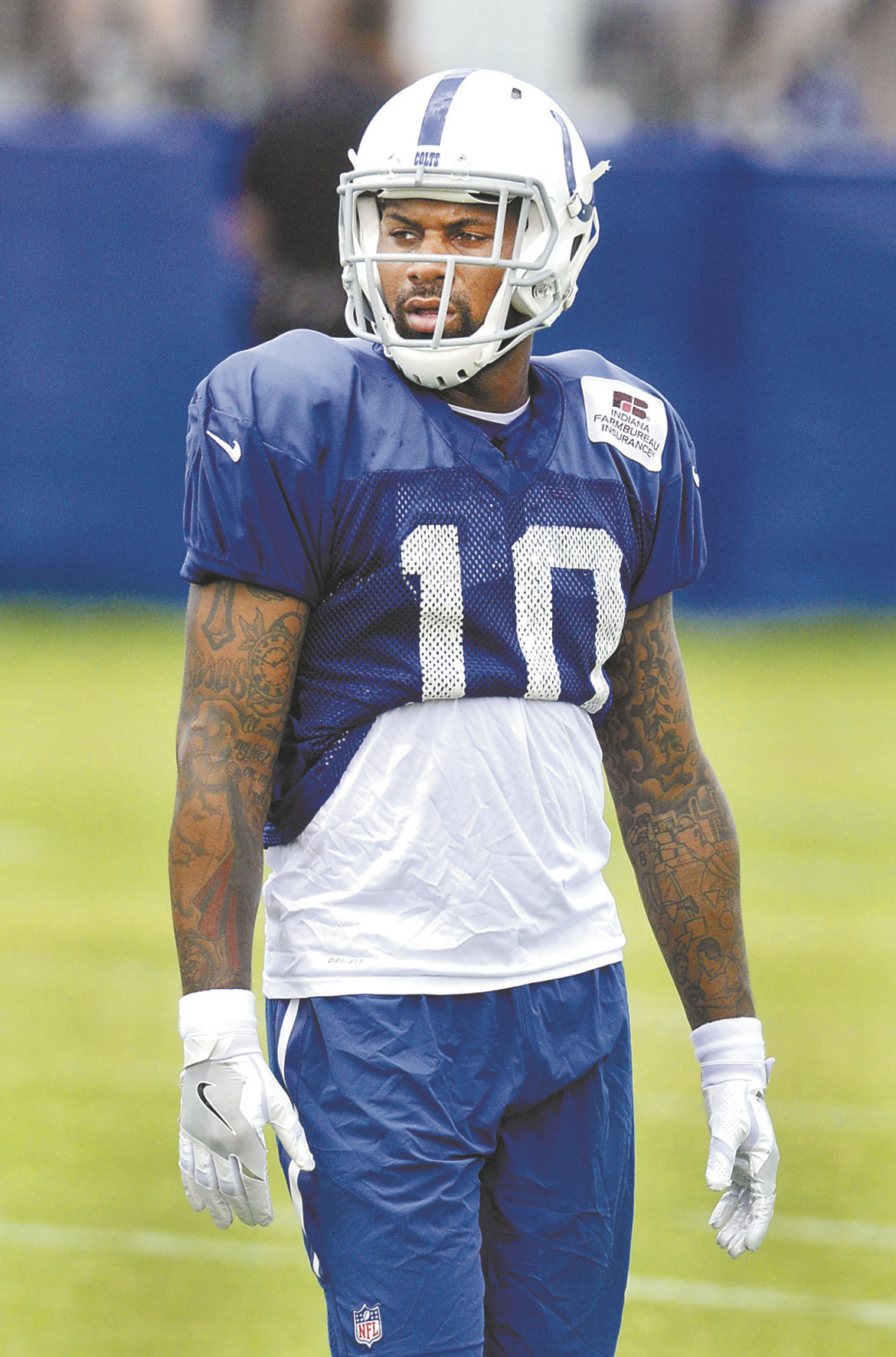 Colts WR Donte Moncrief waits during a drill at Anderson University on Sunday.

Colts WR Donte Moncrief waits during a drill at Anderson University on Sunday.

ANDERSON — Donte Moncrief grinned like a man anticipating his own punchline.

After another reporter expressed admiration for that clocking, Moncrief's smile returned.

But it's a dangerous assumption for opposing defenses to make.

Yes, Moncrief might assume some of the roles traditionally associated with a "possession" receiver, becoming something of a go-to guy in short-yardage situations.

But, make no mistake, the former Ole Miss star still can go deep with the best of them.

"That's what they're sleeping on," Moncrief said Sunday at Anderson University. "But they'll learn soon."

Versatility could be a hallmark of Indianapolis' receiving trio, and it's encouraged in new full-time offensive coordinator Rob Chudzinski's scheme.

He's not going to pigeon-hole a guy like Dorsett into a role in the slot. Or use Hilton exclusively on the outside.

Moncrief has the size and speed to play anywhere he lines up, and that should translate to success in this — or any other — offense. He spent a lot of time in the offseason refining his route running, adding to the potential roles he could play.

"I've been able to know what everybody has got and know the reads and how much longer you have on your routes and the ways you can work with your routes," he said. "Being able to mature there will help my game."

Moncrief caught one of four touchdown passes from Andrew Luck in Sunday's afternoon practice, but he's still working his way back into the huddle after watching from the sideline all spring. He estimates his surgically repaired toe is 96 to 97 percent healthy, and he'll begin increasing his workload from its current 15 reps per day next week.

"It was frustrating just sitting there watching those guys be great, and I wanted to be out there," Moncrief said of OTAs and mini-camp practices. "So I just had to take everything in and just get better mentally."

He has a better understanding of the playbook than in either of his two previous seasons, and that also should allow him to play at a faster pace.

Luck constantly surprises the receivers with pop quizzes, making sure they're learning not just their own role on each play but also the team's concept for each call.

"He'll come up to you and just ask you a question out of the blue," Moncrief said. "So you've gotta be ready. You never know what to expect. So you not only got to know the playbook, you got to know every position because he'll just call out a formation."

A healthy Luck would be a benefit to all of the receivers this season. But it might provide a particular boost for Moncrief.

He had five touchdown receptions in the seven games Luck played in 2015, and the pair appeared to be developing good chemistry in the red zone.

His biggest catch of the season might have come on the opening drive against New England. He ran a fade route on third-and-goal and pulled down the ball in the front corner of the end zone to jumpstart the closest contest between the two teams in Luck's four seasons.

The trust the quarterback showed in Moncrief on that crucial play is just one of the factors that make the 23-year-old a popular candidate for a breakout season.

He certainly isn't trying to hide his excitement for the coming campaign.