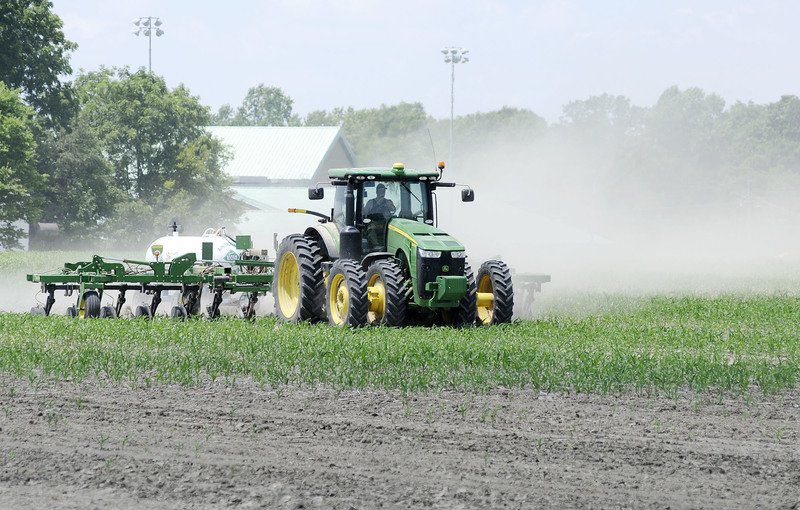 A farmer fertilizes corn in a field behind Eastside Elementary School in Anderson in July 2019. 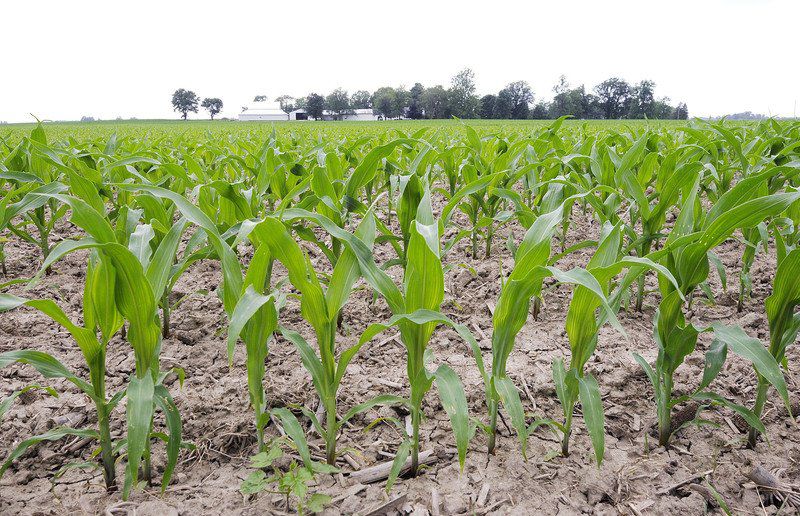 Corn stalks about a foot high are seen along Madison County Road 300 West near Frankton in July 2019.

A farmer fertilizes corn in a field behind Eastside Elementary School in Anderson in July 2019.

Corn stalks about a foot high are seen along Madison County Road 300 West near Frankton in July 2019.

“The USDA is still working on the details, and it’s a pretty complicated process to try to figure out how to allocate those payments across the various enterprises,” James Mintert, the director of Purdue University’s Center for Commercial Agriculture, said May 15 during an agriculture outlook webinar.

The agriculture department announced the program April 17 after several federal stimulus packages dedicated $19 billion in relief for farmers. Eligible producers who’ve suffered a revenue loss of 5% or more because of COVID-19 can apply beginning Tuesday.

A full list of qualifying crops and livestock can be found at https://www.farmers.gov/cfap.

Mintert’s webinar co-host, Michael Langemeier, emphasized in the video that, while relief payments might not be enough, recovery would come for some farmers as the economy reopens.

In an interview, Langemeier explained that, typically, from 35% to 40% of all corn produced in the United States is used in ethanol, meaning that the demand for ethanol drives the demand for corn.

“On the crop side, anything we can do to get people traveling and using ethanol is going to really help corn,” Langemeier said. “I’m not saying (states) need to open up their economy fast or anything like that. But it will help (corn) as the economy opens up.”

According to Purdue’s agriculture economy barometer index, farmers don’t appear optimistic. Almost 40% of farmers told researchers they were “very worried” about the virus’ impact on their farms’ profitability.

Langemeier pointed out that most farmers identified market access as their biggest concern, at 42%, followed by financial and health concerns (37% and 13%, respectively).

Globally, much of the disruption to food supply can be attributed to transportation challenges and labor shortages, according to an expert panel convened by the National Press Foundation.

“This is not overall a problem of supply. … What we see primarily is a logical challenge,” said Darci Vetter, the former chief agricultural negotiator and a deputy under the secretary of agriculture in the administration of former President Barack Obama.

About 20% of food consumed moves internationally, but international travel has declined significantly to control the spread of the virus between countries, Vetter said.

Overnight, Vetter said, Americans shifted from eating more than half of their calories away from home to eating nearly all of their meals at home. This shifted the demand for certain types of food. Products destined for restaurants or schools, which order in bulk, suddenly needed to be repackaged for individuals.

“That takes investment in labor and equipment, and it takes time to reconfigure those things,” Vetter said. “And this is all happening in a relatively short period of time, and we don’t know for how long of a period of time these changes are (needed), … which really makes suppliers question, ‘Is it worth the investment?’”

Viral outbreaks in several meat packing plants have disrupted livestock farms, some of which now have no place to send animals ready for slaughter.

“There’s a few processors that own the majority of the market share, and there’s that bottleneck, a choke point, because you have tons and tons of farms streamlining into just a few processing plants,” Shefali Kapadia, a senior editor of Supply Chain Dive, said. “It’s not necessarily a demand issues because, as consumers, we’re still buying roughly the same amount of stuff.”

People might buy more meat in grocery stores because they fear a shortage or see someone else freezing extra meat, Kapadia explained.

Purdue agricultural economists said during the May 15 webinar that the federal government had predicted 2020 would be a record-high year for meat production. That was before meat processing plants, including Indiana facilities in Cass and Dubois counties, closed.

Langemeier and Mintert dismissed the idea of a meat shortage, saying that consumers might see a lack of variety in cuts of meat or a shift in availability.

Across the board, beef, pork, corn and soybean prices have shown slight improvements after bottoming out early this year.

“So much hinges on how rapidly the United States and world economy recover,” Langemeier said in the webinar. “I think even with fairly large (USDA) payments, we’ve got downward pressure.”

In an April release, the USDA detailed that $16 billion of the $19 billion in relief for farmers would be direct support for losses related to COVID-19, while the remaining $3 billion would be used to purchase fresh produce, dairy and meat for food banks.

“This is a really tough situation for a lot of people, not just production of agriculture,” Langemeier said in an interview. “But when you think about longer term, there’s a lot of positive things related to Indiana agriculture, to U.S. agriculture.”

Langemeier pointed to the long-term trend of growing populations and growing incomes worldwide, which drive up the consumption of livestock and crops.

“There’s a lot of positive aspects, but it’s long term,” Langemeier said. “We just have to get from here to there.”