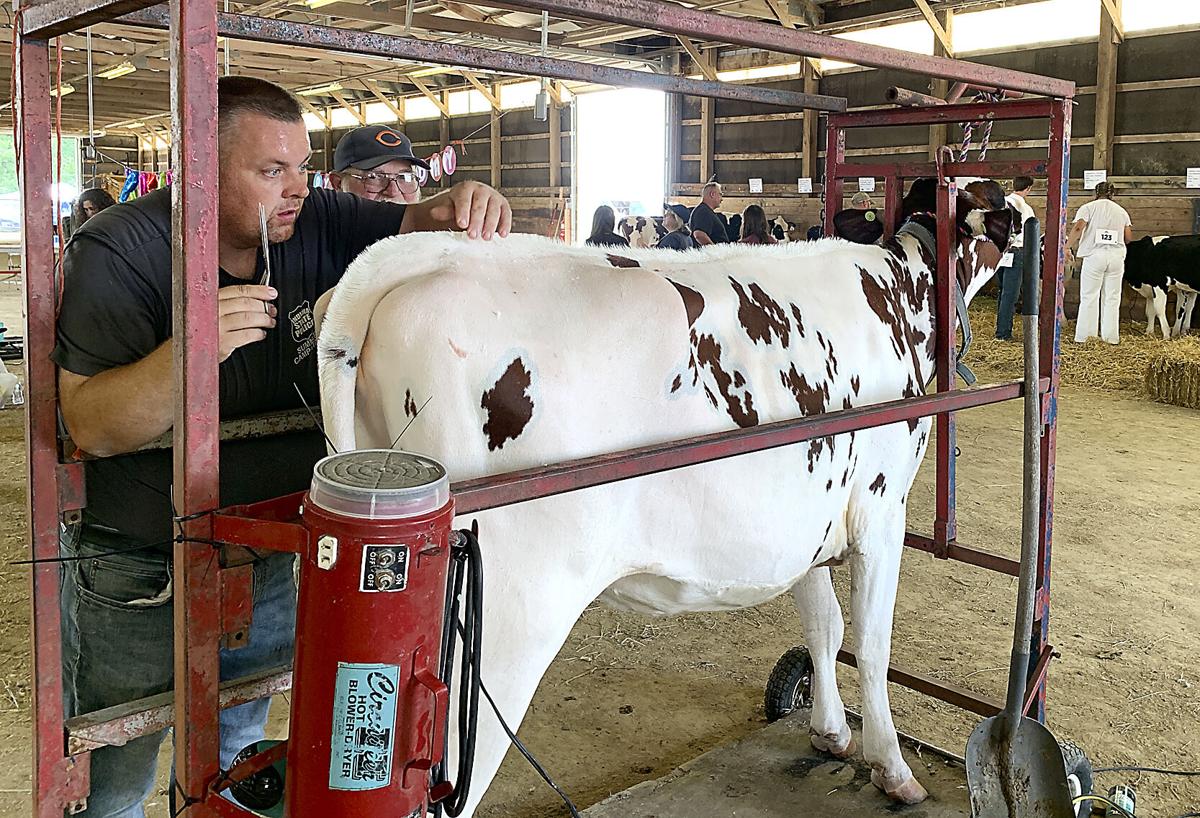 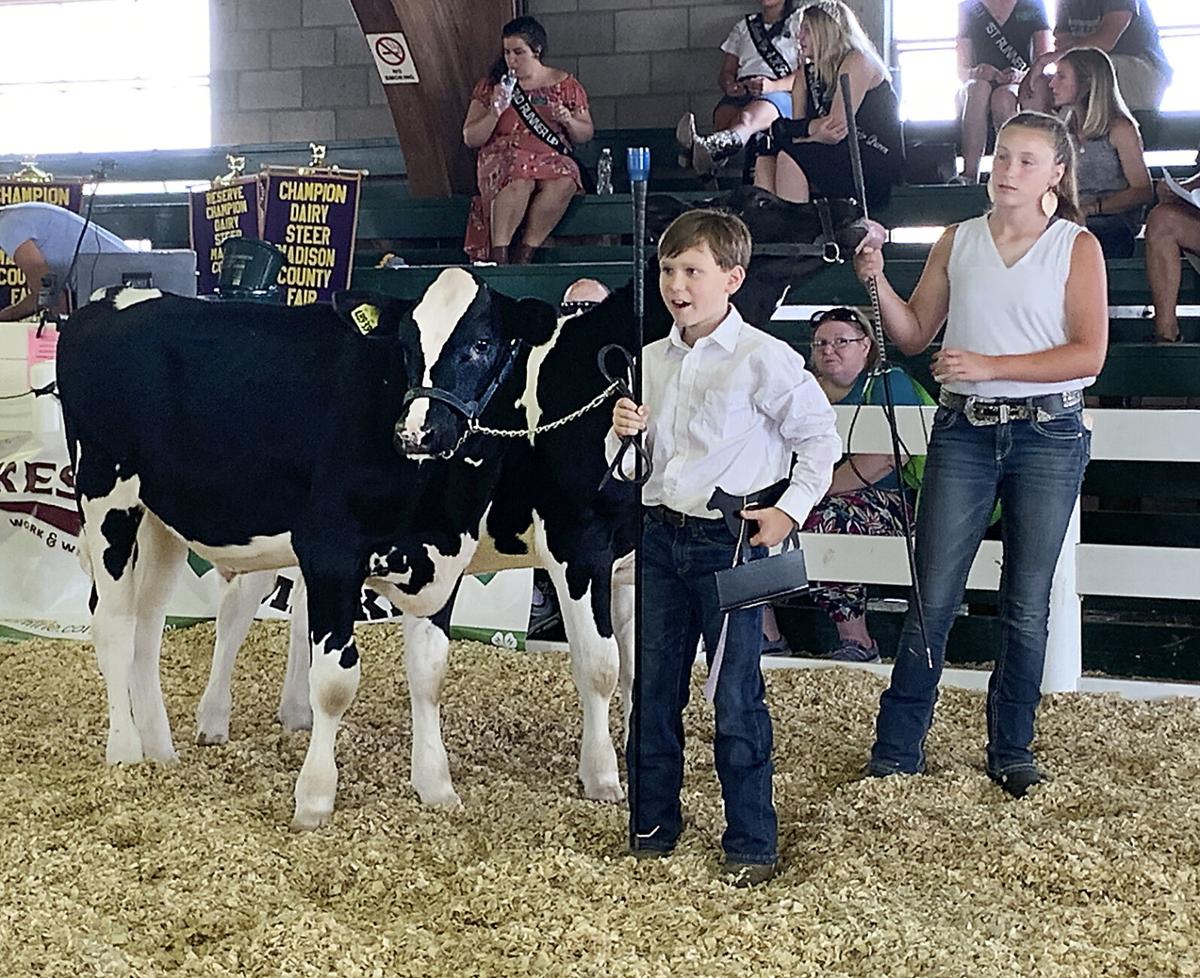 Beginning Showman Blake Kessinger competes with a Feeder Calf in the Show Arena. 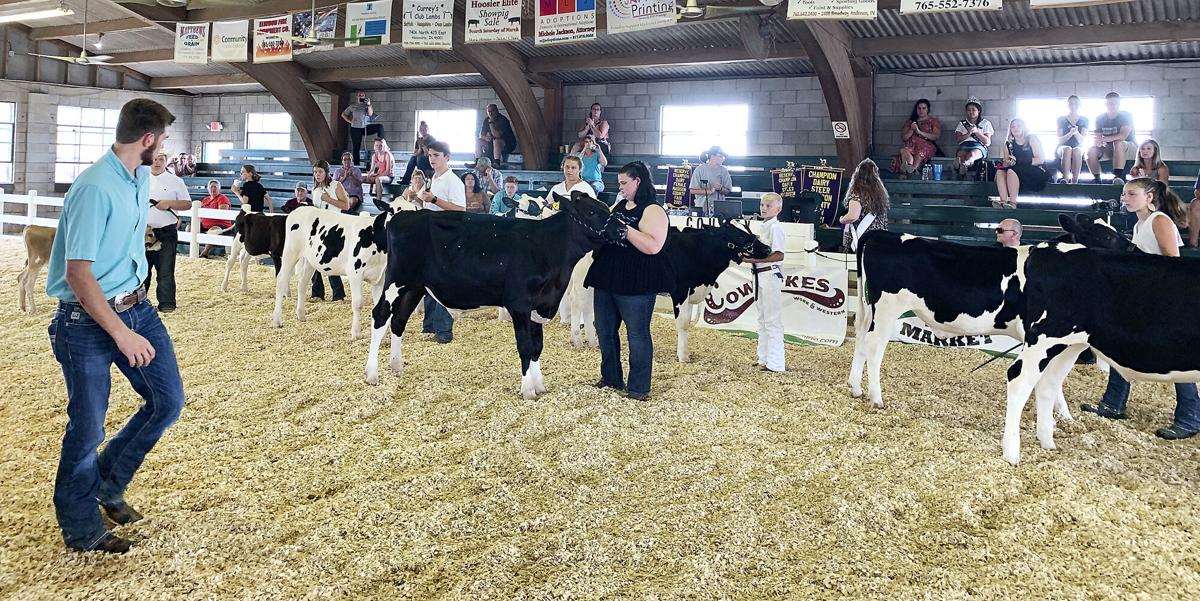 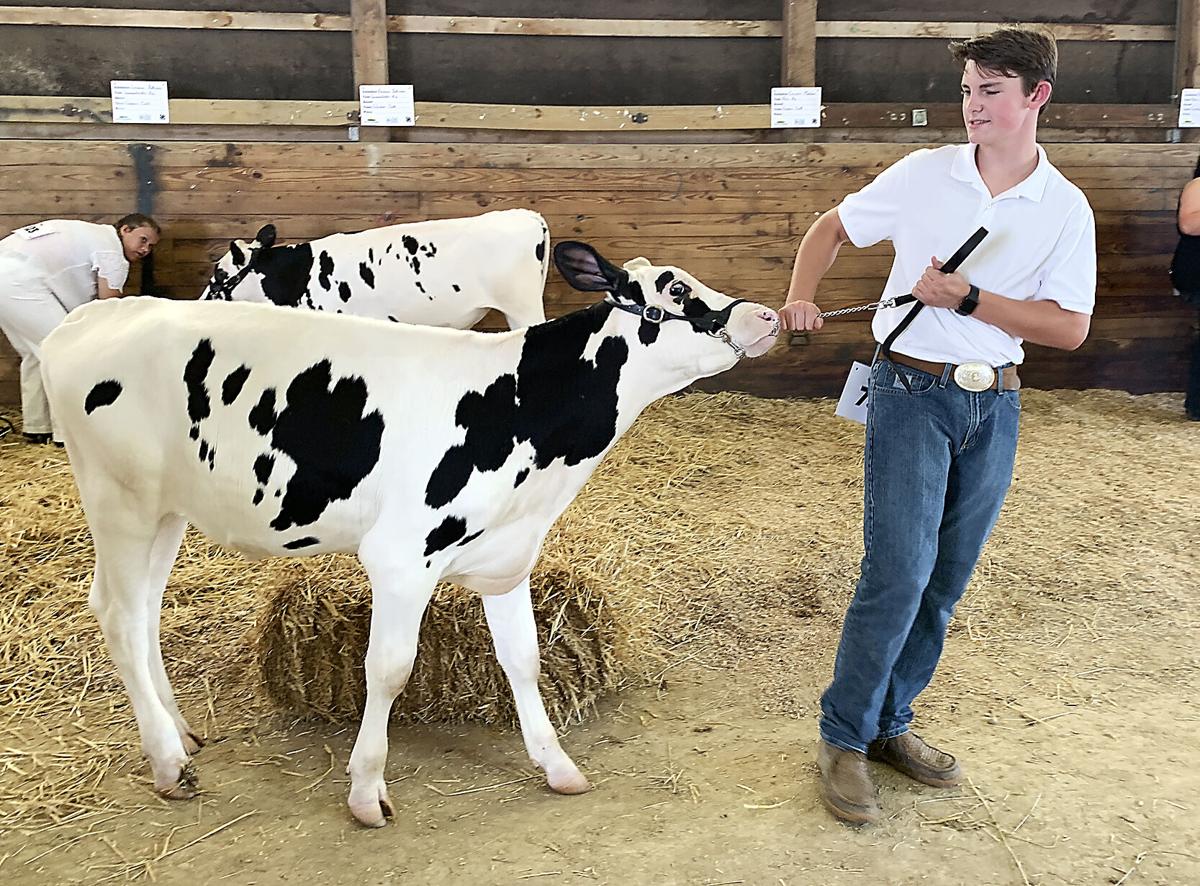 Kase Clevenger attempts to walk his Feeder Calf from the barn to the Show Arena moments before competing in Class 2 of the 4-H Dairy Show on Wednesday.

Beginning Showman Blake Kessinger competes with a Feeder Calf in the Show Arena.

Kase Clevenger attempts to walk his Feeder Calf from the barn to the Show Arena moments before competing in Class 2 of the 4-H Dairy Show on Wednesday.

Showing three cows, he hoped to receive the Senior Showmanship title, where he has competed against six other showmen.

“They (other competitors) have really nice cows, but we usually buy what we can afford,” Mason said.

Jerry Mason, Jaron’s father, says he wants his son to enjoy his last year in the program. He helped his son prepare moments before showtime by maintaining his cow that he has shown for seven years of 4-H.

“He’ll be proposing to his girlfriend tonight after the show is over,” Jerry Mason said.

Mason’s family, including parents and great-grandparents, made an appearance at the Dairy Show for moral support.

“It’s a good learning experience for him,” Hikade said. “I don’t think he’ll go into farming, ... but without 4-H, you wouldn’t be learning something that you (could) use.”

Dairy showman Emma Pattison traveled from Summitville to compete for her sixth year in 4-H.

“This is like a lifestyle for me,” she said. “My grandpa and his grandpa actually were on a dairy farm and it closed down before I was born. I just wanted to get back into my roots, and I fell in love with (working with cows) ever since.”

In this year’s show, Pattison competed against her cousin, Rowan Pattison, who is in the Beginner Showman class in the Holstein Championship.

“We can go back and forth with who’s going to win, so it really goes either way,” Emma Pattison said.