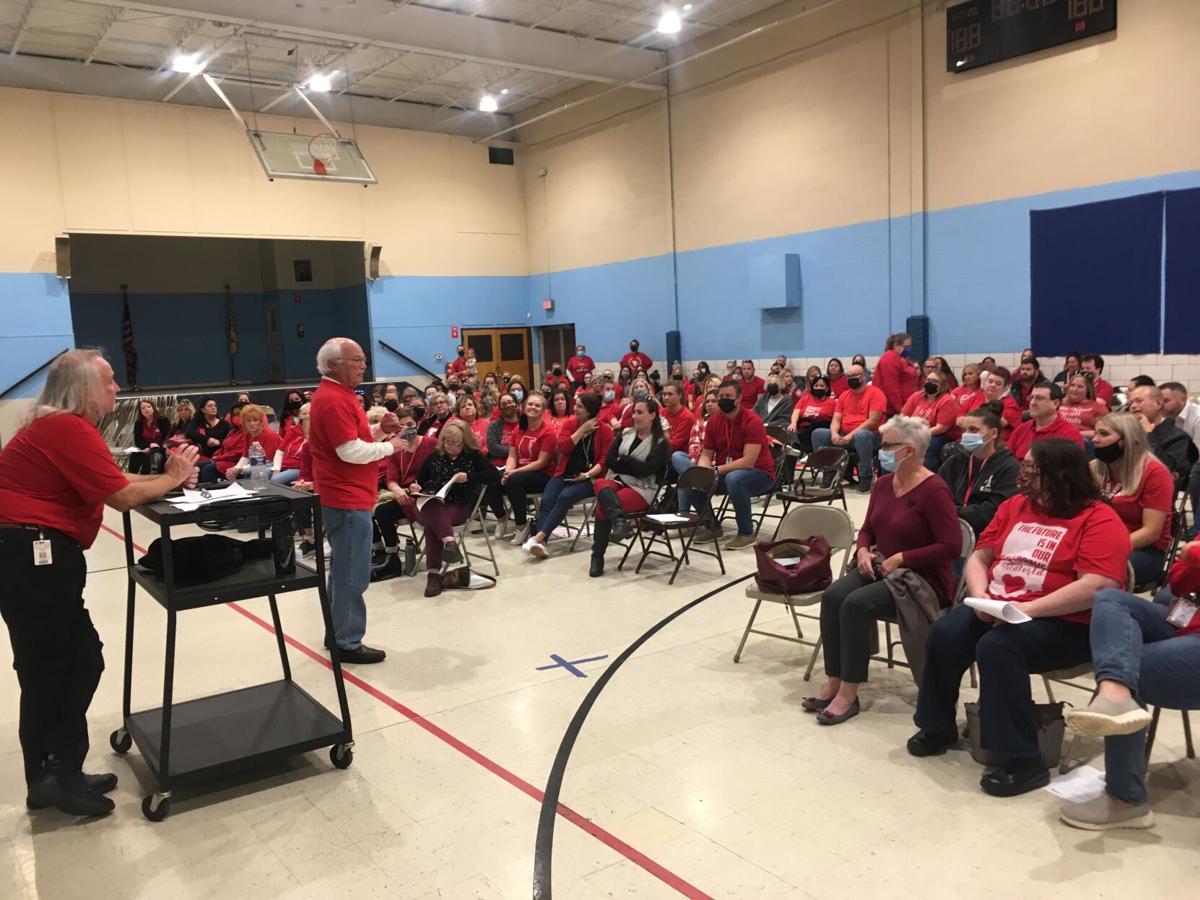 Rick Muir, former president of the Anderson Federation of Teachers, urges teachers to call Anderson Community Schools’ board members about contract talks during a meeting Wednesday. 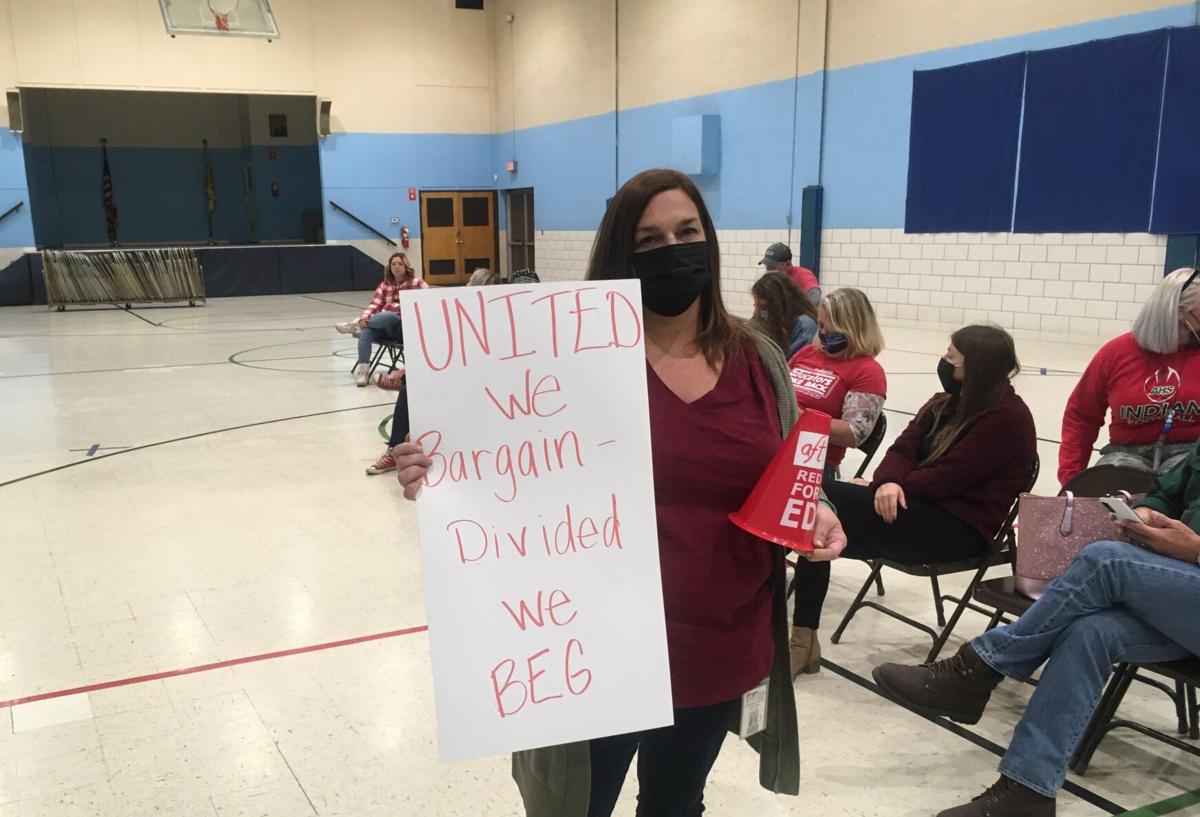 Rick Muir, former president of the Anderson Federation of Teachers, urges teachers to call Anderson Community Schools’ board members about contract talks during a meeting Wednesday.

ANDERSON — Several hundred members of the Anderson Federation of Teachers union were given an outline of the current negotiations with the school system for a new contract.

The teachers gathered Wednesday at UAW Local 663 Union Hall to learn of the proposal submitted by Anderson Community Schools administration.

He said the administration wanted a 48% increase in insurance premiums, and the union countered with 20%, eventually agreeing to a 33% increase.

“We put proposals on the table that would not put ACS into deficit spending,” he said.

Marissa Little, AFT vice president, said the increase in insurance premiums will range from $53 to $177 per month.

Little said the union wanted an increase in base pay to cover the insurance costs.

ACS Superintendent Joe Cronk said he was disappointed the union invited the media to their meeting.

“That’s bargaining in public,” he said. “We’re still negotiating and have a meeting tomorrow (Thursday). We sent them a proposal today.”

Cronk said the $2.8 million in insurance costs is a never-ending expense, and the number of claims has increased.

He said that although the AFT contends that federal COVID-19 funds could be used to pay the insurance costs for one year, the guidelines from the state won’t allow it.

“The numbers have not been vetted,” he said about AFT’s proposals.

“The public doesn’t understand the laws that govern schools.”

Harrison said the union proposed a $3,300 increase in the base salary and a $3,000 pandemic stipend.

Harrison said the last offer from ACS was a $2,000 increase in the base pay on a two-year contract with no pay hike in the second year and the $6,000 in COVID-19 stipends.

Cronk said any pay increase would come from one-time funds in the ACS budget.

“It’s not fiscally responsible to increase the base salary on non-recurring funds,” he said. “We offered a 4% increase over two years, front-loaded in the first year,” with most of the increase then.

Harrison said ACS has $11 million remaining from the $39 million received in federal COVID-19 funding and an additional $1.7 million from the state for teacher pay raises.

“The message is their offer is not good enough,” he said. “We need a higher base pay to put more money in your pocket and a stipend.”

“We can’t afford to lose our great teachers,” said Marci Cochran, recording secretary for the AFT. “We need an actual pay increase (that’s) about the cost of the insurance premium.”

Harrison said the meeting was the first step toward informational picketing at the ACS building as contract negotiations continue.

Former AFT President Rick Muir said the administration is not afraid of the union’s bargaining team.

“They only listen when they know there are several hundred behind them,” Muir said. “Speak up. Put pressure on the school board members.”

He said school board members are listening to ACS Business Manager Kevin Brown.

“They are elected to represent you,” Muir said of the school board members. “Call them.”

ACS is planning to re-open on Thursday. However, they will inform parents, guardians and the public if another closure is needed.