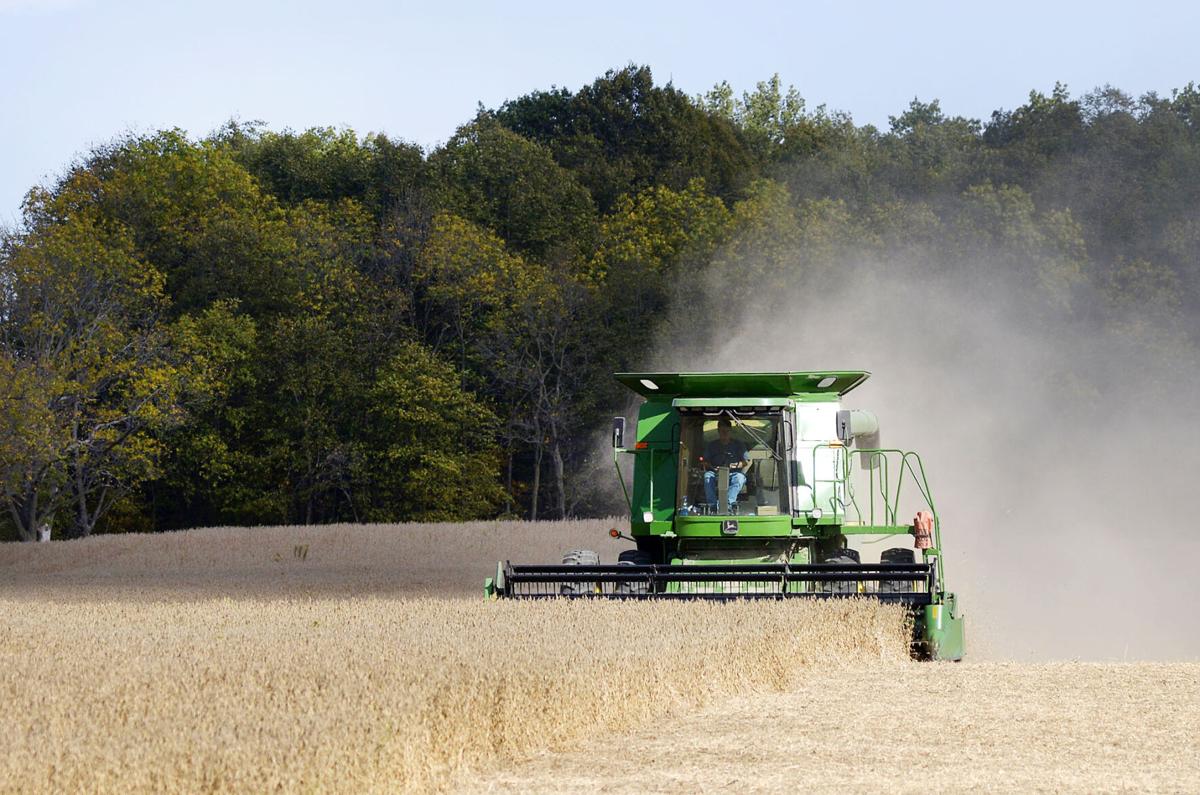 Soybeans are harvested east of Madison County Road 600 West in 2020. A bill in the Indiana Legislature would help farmers and forest owners sell carbon credits for adopting practices that sequester carbon. 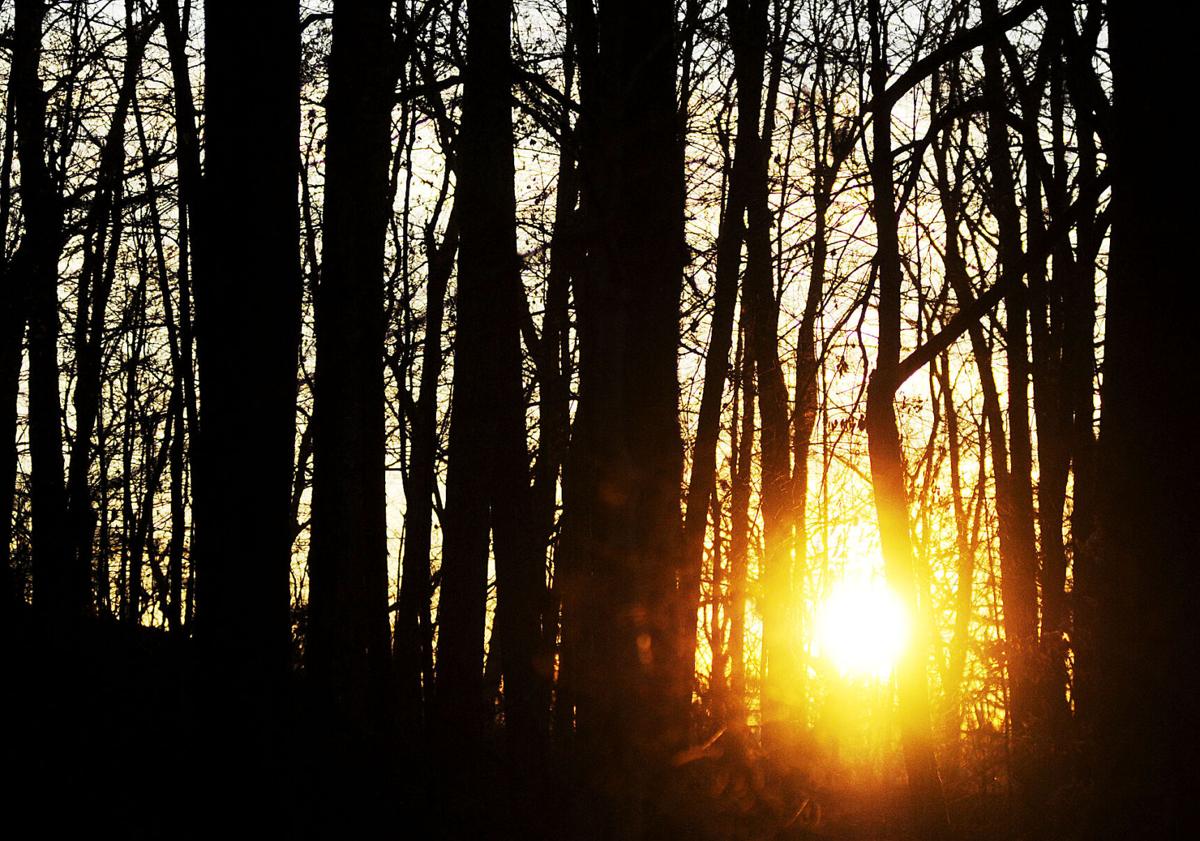 The sun sets at Mounds State Park in this file photo from 2018. A bill in the Legislature would allow the President Benjamin Harrison Conservation Trust to sell carbon credits for the purchase of new public lands where Hoosiers can recreate.

Soybeans are harvested east of Madison County Road 600 West in 2020. A bill in the Indiana Legislature would help farmers and forest owners sell carbon credits for adopting practices that sequester carbon.

The sun sets at Mounds State Park in this file photo from 2018. A bill in the Legislature would allow the President Benjamin Harrison Conservation Trust to sell carbon credits for the purchase of new public lands where Hoosiers can recreate.

ANDERSON — A bill described by supporters as a win-win-win passed the Indiana State Senate and has moved to the House where it’s been referred to the Natural Resources Committee.

The voluntary program would be a win for farmers giving them an extra source of income for practices that not only sequester carbon but improve soil health and helps control erosion and run off.

It’s a win for companies looking to offset their carbon footprint by allowing them to buy home-grown carbon credits that keep money in the state.

It’s also a win for the Hoosier state as it creates revenue for the President Benjamin Harrison Conservation Trust and Clean Water Indiana.

“It’s sort of like a statewide farmers market for selling carbon credits,” said Jeff Dukes, director of the Purdue Climate Change Research Center. “I think that could be appealing to a lot of people who are thinking about selling them because it would make it a little bit easier for them to figure out.”

Senate Bill 373 would task the Indiana State Department of Agriculture with creating a roster of technical advisers and certified verifiers to educate land owners and establish a properties potential for carbon sequestration.

Forest owners and farmers could sell carbon credits through the program.

“Nobody’s either required to buy offsets or required to participate in the programs. It’s totally voluntary,” said Tim Maloney, senior policy director at the Hoosier Environmental Council, one of the environmental groups that supports the bill.

“I’ve innovated and grown and learned and taken risk and evolved into a farmer now that does 100% no-till, or I call never-till, because anytime you work the ground you go backwards by shaking up the champagne bottle and releasing the soil organic carbon back into the air,” McCormick said. “You never want to till your ground. You want to sequester that carbon and keep it in your soil. It’s very valuable.”

Using a seeder on his combine, McCormick plants his cover crop, an annual rye grass, as he harvests.

No-till and cover crops also save money on inputs since plants in healthier soil don’t need as much fertilizer.

Large corporations with operations in Indiana that have pledged to become carbon neutral include Nestlé, Amazon and FedEx.

This bill would allow those companies to buy Indiana carbon credits, keeping that revenue here instead of going to another state or overseas.

“There are a lot of companies out there that want to offset their carbon footprint somehow,” Dukes said. “And I suspect that a lot of them would like to offset it close to home if they can.”

Companies become carbon neutral by reducing the amount of greenhouse gasses they release into the atmosphere, and then offsetting what they do release by purchasing carbon credits.

A credit is equivalent to one ton of carbon dioxide, something that can be hard to visualize. One way to think of it is that half the dry weight of a tree trunk is carbon that has been pulled from the atmosphere, explained Dukes.

“We can’t see carbon dioxide in the air but it’s there. It’s warming the planet,” he said. “Basically what you’re buying when you’re buying a carbon credit is a process of pulling carbon from the air into some solid substance like wood or carbon that’s stored in dead roots and microbes in soils and storing it there as a solid for many decades.”

The Harrison Conservation Trust buys lands to add to the state’s parks, forests, fish and wildlife areas, and nature preserves. Land purchased through the selling of credits would not only sequester carbon but provide Hoosiers with more public lands for outdoor recreation.

“There’s a lot of positives here and I think that’s why you don’t see many people opposed to it in the Legislature,” Dukes said. “It’s an easy way to start addressing climate change. Nobody should think that this is an overall solution to the issue, but at least it’s a reasonable start and has a lot of other side benefits.”