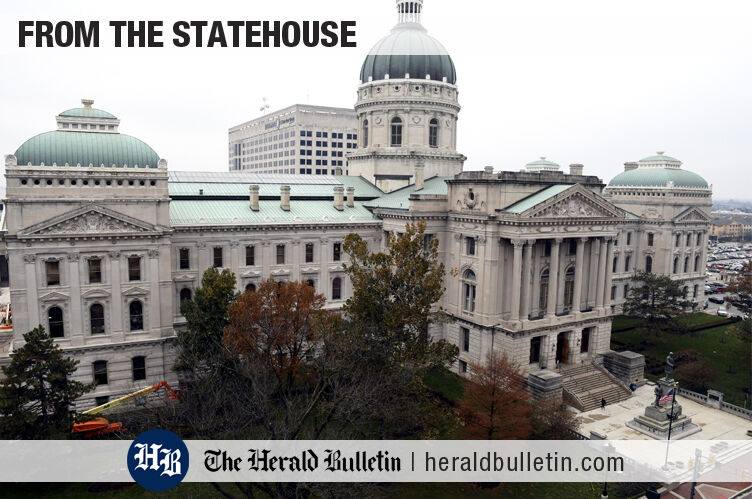 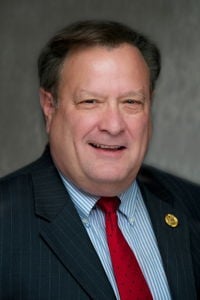 INDIANAPOLIS — After a summer of Black Lives Matter protests, Republicans at the Indiana Statehouse introduced a slew of bills aimed at relieving the “strife and civil unrest” of business owners and law enforcement.

“We had businesses that were destroyed in downtown Indianapolis and those owners really were… helpless,” Sen. Michael Young, who chairs the Corrections and Criminal Law committee, said Tuesday.

The committee discussed and heard testimony for Senate Bills 187, 198 and 199 that seek to create a policy statement on historic monuments, enhance rioting penalties and expanded self-defense protections, respectively. Bills 198 and 199, both authored by Young, R-Indianapolis, were held back for further amendments but had testimony.

Guy Relford, founder of the gun rights group 2A Project, spoke on SB 199, which expands the definition of “reasonable force” in relation to self-defense. Under the bill, business owners can defend their properties from threats of violence with “reasonable force” — which includes pointing a loaded or unloaded firearm.

“Under Indiana code … it’s a crime to point a firearm at someone unless you’re justified in using reasonable force,” Relford, an attorney, said. “The problem what … (is) when one is defending their property, they’re not only talking about their home. We’re talking about property other than their home (which) could be a business.”

Relford said that current law would make protecting your business with a loaded firearm a felony or a misdemeanor if using an unloaded firearm.

Young said the above issue would be examined and possibly addressed by amendment next week.

Young’s other bill, SB 198, had over an hour of testimony and opposition from both public defenders and prosecutors. He said he crafted the bill to protect the rights of peaceful protesters but wanted to send a message to those who destroyed property.

But other committee members worried about how the lengthy bill would impact Hoosiers without foreknowledge of any crimes.

“The unlawful assembly definition as we discussed here is kind of confusing and it’s very broad,” Sen. Karen Tallian, D-Portage, said. “You may have a group that comes to peacefully demonstrate something and all of the sudden somebody in that group … spontaneously committed some(thing) that turned into a melee. Now all of the other people who come to this demonstration can be charged.”

Taillian noted that, under this law, everyone at the D.C. riots on Jan. 6 would be held responsible for the five deaths that occurred, possibly even law enforcement officers who underestimated the crowd.

Moore said his organization had serious concerns about the bill, its impact on the right to assemble and its denial of bail to those charged with crimes.

“The bill essentially ignores the root causes of why people protest; it goes to the aftereffects of when some people turn and riot – it’s important to understand that riots don’t happen first, protests do,” Moore said.

Moore said that looting, vandalism, battery and criminal mischief already had penalties under criminal code. Requiring people to leave a rally turned violent or report the crimes was unprecedented and could be used to criminalize bystanders and observers.

“We have concerns that this is a wide net that could encompass a lot of people and make them a criminal when in fact they were a bystander,” Moore said.

Tallian wondered if the bill could be used to prosecute journalists reporting on riots and other legal observers.

David Powell, the executive director of the Indiana Prosecuting Attorneys Council, similarly opposed the bill and its limits on prosecutorial discretion by allowing the attorney general to step in and press charges if local prosecutors refused to do so.

“We just don’t see a need for this,” Powell said. “We can live with a lot of it, but there are things that need to be cleaned up.”

Young said amendments to both of his bills would be considered in the upcoming weeks.

The bill’s authors, Young and Koch, both said the summer’s events inspired the bills, though a report found that 93% of Black Lives Matter protests were peaceful and just 7% qualified as riots.

The Armed Conflict Location and Event Data Project, which conducted the analysis, found that counterforces against protesters, such as armed military officers or militia groups, played a role in escalating the violence seen at protests.

The IndyStar wrote that Indianapolis businesses reported more than $2 million in damage and Marion County Prosecutor Ryan Mears charged 27 people out of the 100-plus arrested.