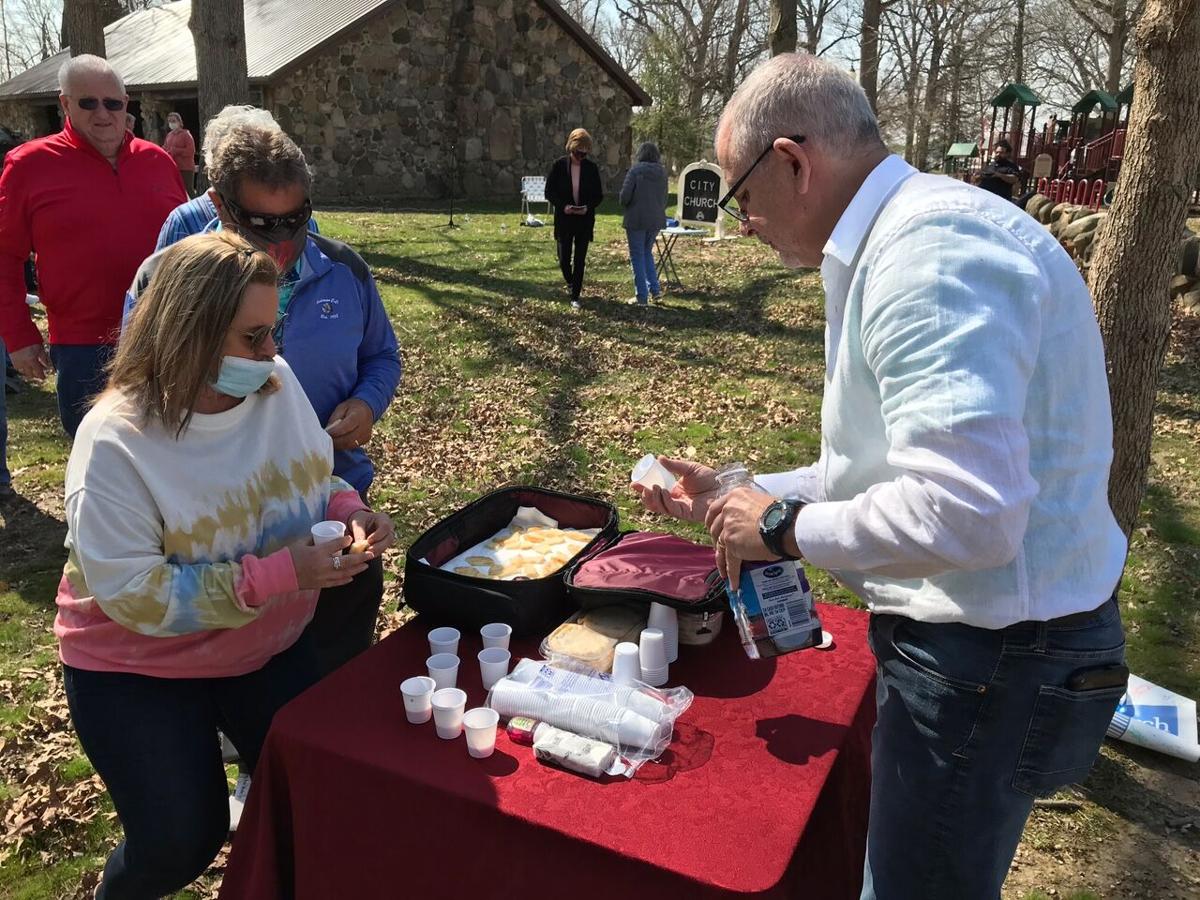 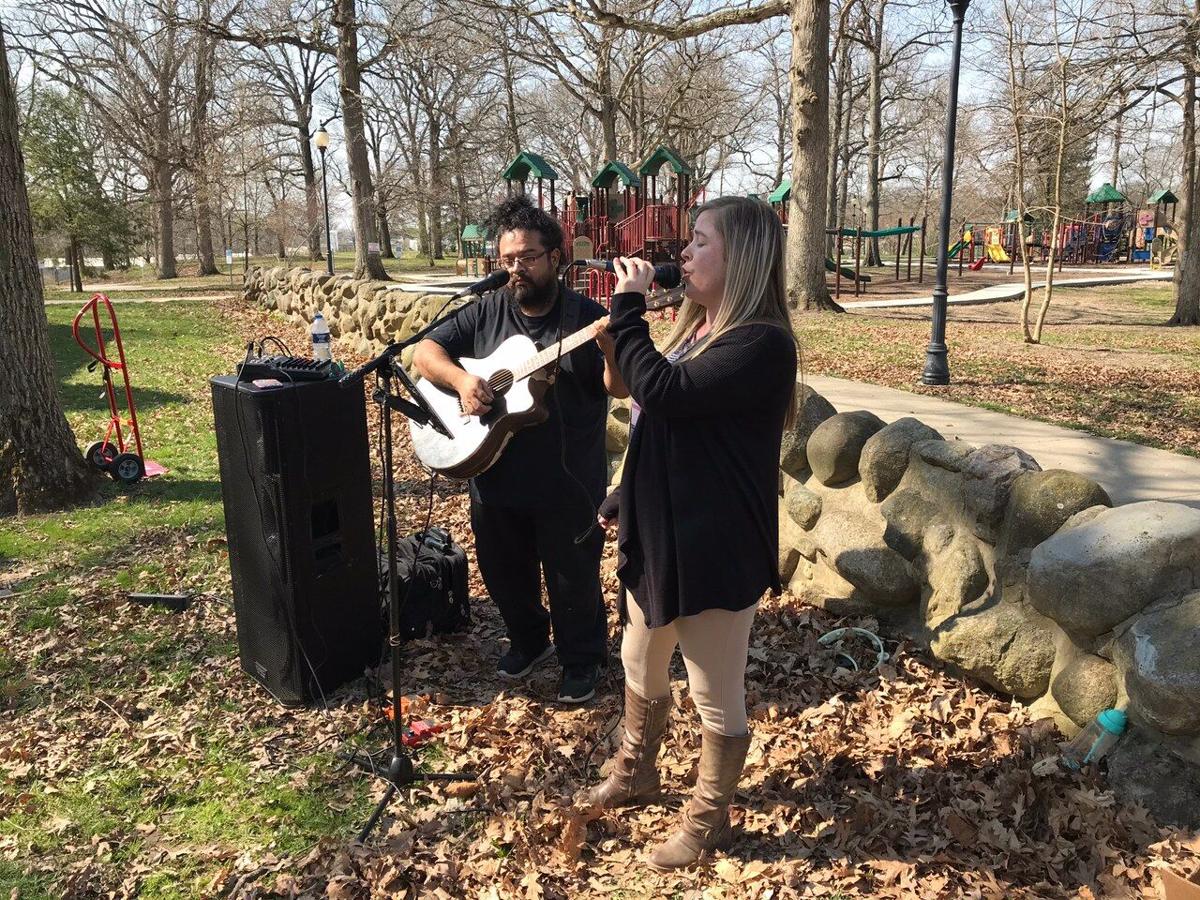 J.T. Fuentes and Sara Clark lead the musical selections during the Easter service at Shadyside Park in Anderson.

J.T. Fuentes and Sara Clark lead the musical selections during the Easter service at Shadyside Park in Anderson.

ANDERSON — The sun shone through the shadow of the trees Sunday as Robin Woods delivered his call and response Easter sermon about finding God “in the middle,” including on the cross for those who believe Christ died for their sins two millennia ago.

Woods was invited by City Church to share his message with about two dozen worshipers Sunday for an Easter service in the lawn next to the shelter at Shadyside Park.

Though signs proclaimed the playground remained closed, Sunday was a new beginning not only for the souls that look to Jesus Christ for salvation but also for some churches as they prepare to return to in-person worship in light of the availability of vaccines that minimize the risk of COVID-19. It marked the first in-person service for City Church since March 2020 when it, local businesses and other organizations shut down when Gov. Eric Holcomb issued emergency orders to slow the disease caused by the novel coronavirus.

It is one of many churches in Madison County that is cautiously inviting congregations to meet for in-person services.

Jay Harvey, pastor at the 4-year-old City Church, said having the service out of doors was both practical and symbolic. The church, he added, is used to hosting pop-up events and services.

“I knew a lot of people didn’t want to miss another Easter by being forced to go inside when they weren’t ready to,” he said.

The Easter service, Harvey said, served as something like a rebirth for his own congregation. Having the service outside was in keeping with the advice of local, state and national health departments that advise against indoor gatherings to slow the spread of COVID-19.

“You can’t always go by your feelings, but it’s nice to feel like things are turning, and I certainly feel that way this year,” he said. “I don’t think until you feel that things have turned that you understand just how oppressive it was.”

Conducting the service in the park kissed by the springtime sun also was symbolic, Harvey said.

In addition to his own short message for those in attendance about Christ’s continued teaching of the disciples for 40 days following his resurrection, Harvey tossed rolls of toilet paper into the audience as an homage to what he had learned from the pandemic. The church also provided children’s Bibles, bedtime devotionals and bags filled with treats for the youngsters in attendance and communion for the adults.

“There is something about being able to be outside and taking it all in — the story, the tradition and nature,” he said.

City Church member Sara Clark, who helped lead the musical part of the service with a new spin on an old favorite, “Amazing Grace,” said she was thrilled to once again be able to worship in person rather than online.

“It’s been hard not being around each other, and it’s nice being outside so we can distance,” she said.