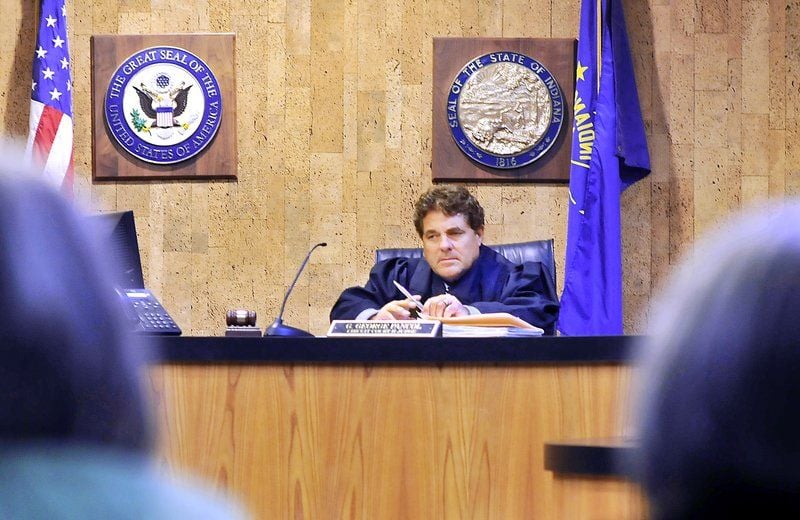 Madison County Circuit Court Judge George Pancol listens to testimony during a hearing in his courtroom, in this 2015 file photo. 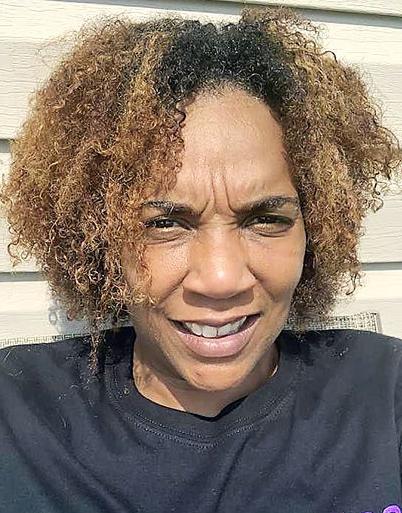 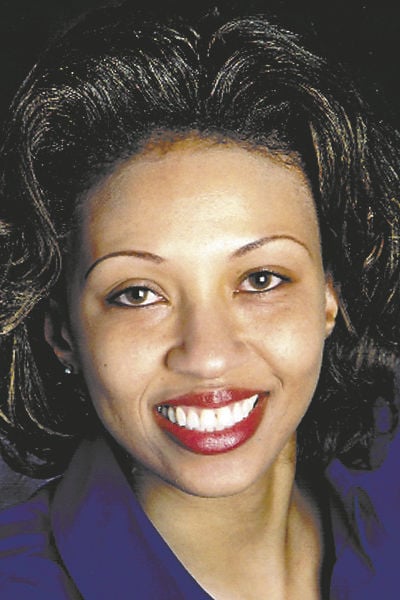 “All judges, court staff and probation have been invited to attend, and I am glad to say most, if not all, are taking advantage of the opportunity,” said Madison County Circuit Court Judge George Pancol, whose staff is coordinating the training.

Pancol said the training already was scheduled for the circuit court judges, all of whom are white, when he received a request through the Indiana Office of Court Services to provide it for the staff of the Edgewood Town Court on Sept. 16. Edgewood’s chief reporter Jaime Hudson resigned in July over allegations she used racial slurs about Rosemary Khoury, the deputy prosecuting attorney for the court, who is Black.

Edgewood Judge Scott Norrick did not return calls for comment about his court’s participation in the implicit bias training.

The training will take place on the Zoom conferencing platform. Additional training dates on Sept. 16 and 24 also are offered for those who are unable to participate on Friday.

The training is intended to help staff recognize their subconscious biases.

“I hope that educating these very important groups in our criminal justice system will allow us to take a very honest look at the issue of racial disparity and how we can make sure everyone who becomes involved with the legal system will have confidence that we are really true to our word ‘equal justice for all,’” Pancol said.

Though the efforts of the JDAI workgroup may positively affect the working of other public agencies and private organizations in Madison County, it was established specifically to reduce unfair disparities faced by young people in the juvenile justice system.

“As we have become painfully aware of the implicit bias we all have to deal with and how important it is for us to educate ourselves on issues of social justice, we will continue to seek out and provide programs like this,” Pancol said.

“Participating in bias training is the first step to lessen the effects of bias on decision-making,” she said. “We all have biases, but it is especially important to be aware of that in the judicial systems, so the decisions made are more intentional and thought out.”

About 42% of those served by the juvenile probation department are youth of color, Serf said.

“This training could have a lasting effect on both the youth and adults that come in contact with justice system,” she said.

Tamie Dixon-Tatum, one of six trainers from Madison County people who have been through the six-month JDAI course, said participants need to come to the workshop with an open mind.

“They have to come in with an attitude that they really want to learn,” she said. “It’s really learning about the other person’s perspective. It’s really about putting yourself in somebody else’s shoes. They should expect to learn how to be more empathetic to their neighbor.”

Sharing her own wariness of people with tattoos, which she discovered through her own training, Dixon-Tatum stressed that everyone has some sort of bias that needs to be overcome.

“Those things drive our behavior,” she said. “When you’re working on personal things, that’s fine; do you. But when you are in the professional realm and your actions can affect another person’s life, you need to recognize your biases and manage them.”

Through the workshop, the judges, court staff and probation officers will be asked to confront their subconscious biases, Dixon-Tatum said.

“It is not a fight. No one is placing blame on anyone. It’s a tough conversation. At times, they may feel uncomfortable. They may feel defensive,” she said. “Good people have biases. They may be doing things, and they may not even realize they are doing it.”

The training is especially important in the court system because implicit biases, starting law enforcement through the courts and into probation, can affect the fundamental freedoms to which every American is entitled, Dixon-Tatum said. This is especially important as school officials and juvenile court officers deal with youthful indiscretions, especially for youth of color who often are misunderstood by their mostly white teachers, she said.

Hopefully, she said, the anti-bias training will move adults more toward corrective discipline and away from punishment, she said.

“Once you get in the system, everyone knows it’s hard to get out of the system because there are fees,” she said. “Once that entanglement starts, it crosses over into adulthood.”