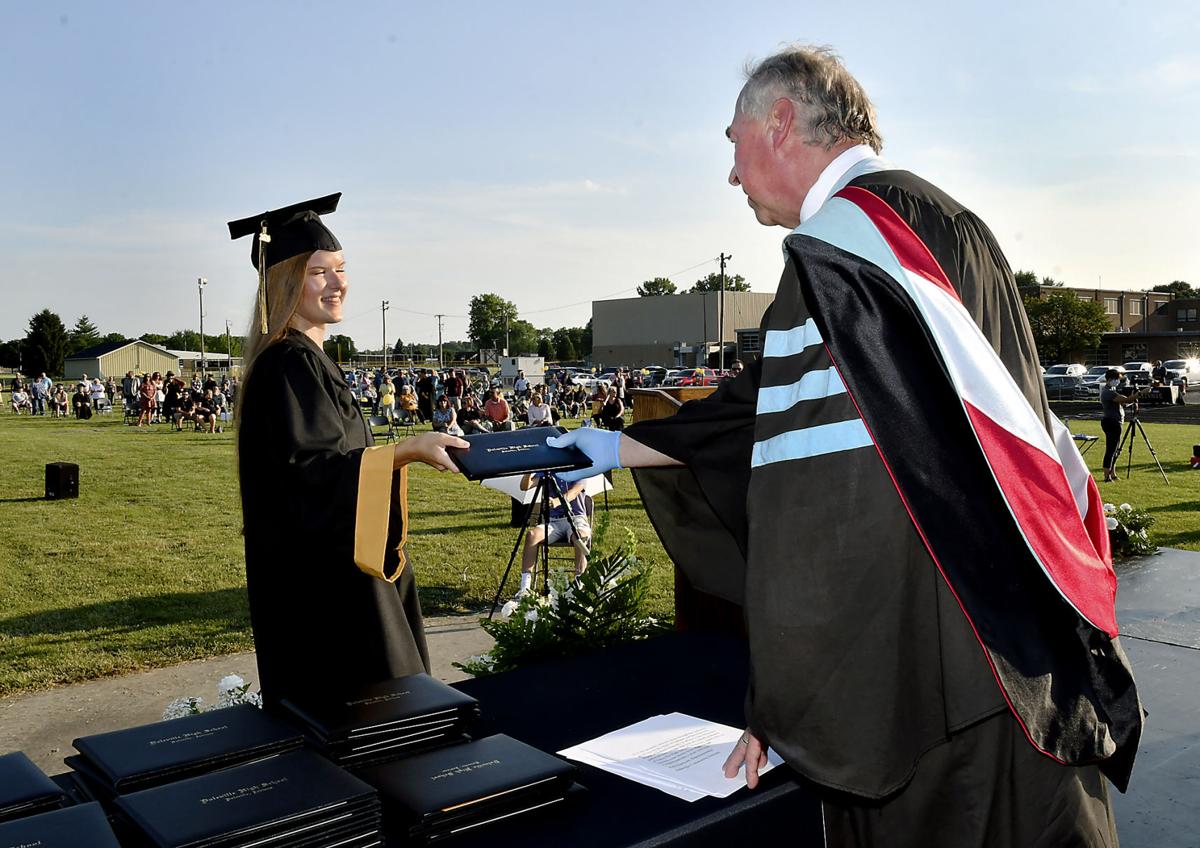 Daleville Schools Superintendent Paul Garrison hands a diploma to Jordan Cooper on July 1. Garrison plans to retire next spring. Garrison spent the entirety of his career in education at Daleville, where early on, he not only served as a teacher but also as a bus driver. 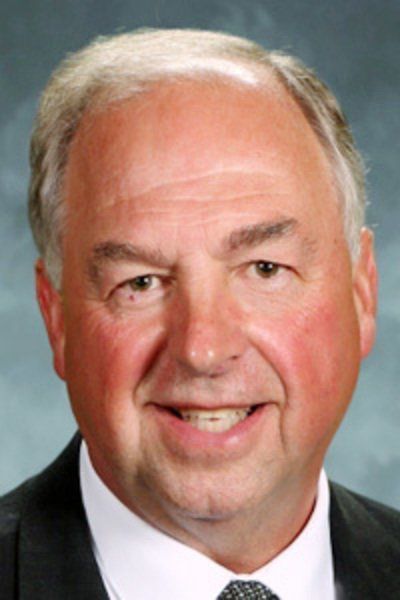 DALEVILLE — Daleville Community Schools will spend the 2020-21 school year looking for their next instructional leader after Superintendent Paul Garrison announced his retirement to take place at the end of the school year.

“Though it was a difficult personal decision for me to announce an end to my career at Daleville Community Schools that began in August 1975, I believe it is time to focus on ways I might better serve my family and to focus on many of the life activities that I have placed on hold throughout the years I have served in school administration,” Garrison said. “I am thankful for this community, this school district, for our patrons, and especially for the children that it has been my privilege to serve. They have always been good to me.”

A native of Texas, Garrison, 67, moved to Indiana as a child when his father came to the state to work.

Garrison started his post-secondary education studying pre-pharmacy at Ball State University but switched his major to elementary education when it became apparent he would have to transfer to another university to continue his pharmacy studies.

“Ball State had just started its program in London, and that was one of the reasons I stayed,” he said. He participated in the program’s second year.

Having served as a cadet teacher in high school and coming from two large families where he sometimes watched children, education seemed like a natural Plan B, Garrison said.

“I really love being around children and watching them develop,” he said.

Garrison, who was the first in his family to graduate from college, spent the entirety of his career in education at Daleville, where early on, he not only served as a teacher but also as a bus driver.

“I have seen where some school districts are returning to that now, where teachers sometimes also are bus drivers,” he said.

Working his way through duties with increasing responsibility, Garrison was specially tapped by the board to serve as superintendent even though he had not yet earned his superintendent’s license.

“I didn’t feel I was ready, but they insisted and said they really wanted me,” he said.

Among his most proud accomplishments, Garrison said, is his ability to improve academic achievement, remain financially solvent and generally keep stakeholders, including students, parents and staff, happy.

Melanie Wright, a music teacher at Daleville Elementary School who has worked with Garrison for more than 20 years, said she’s sorry to see Garrison go and hopes he will be replaced with someone similar in character and temperament.

“He’s been a wonderful superintendent, and I’m sorry to see him go,” she said, recalling how she often stepped outside her classroom and saw him walking down the hallway.

The many hats Garrison has worn throughout his career in Daleville ensured he understood the many facets of issues as they related to students and staff, Wright said.

“I think it made him a better superintendent,” she said.