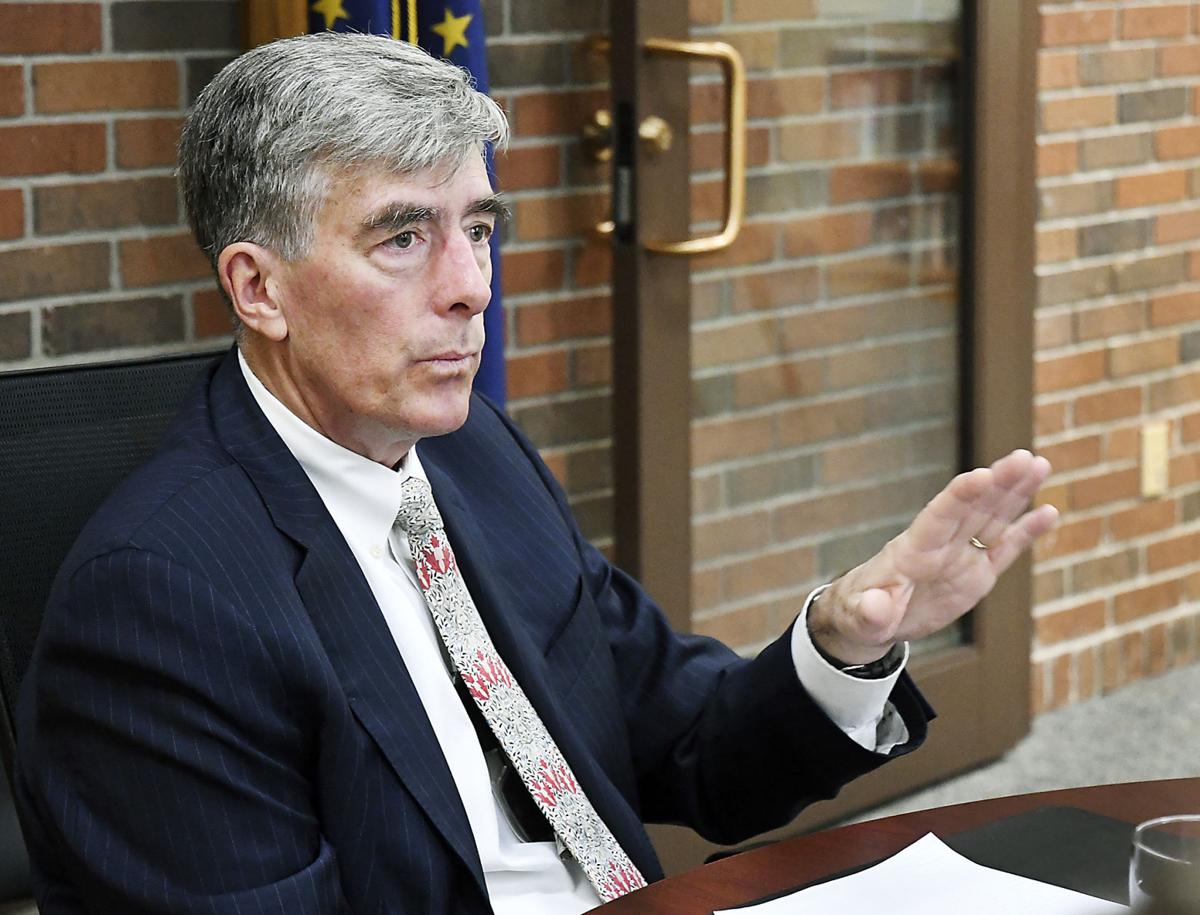 Chris Inglis, former deputy director of the National Security Agency, talks with a gathering of Anderson University students in the Situation Room during his visit on campus Tuesday. 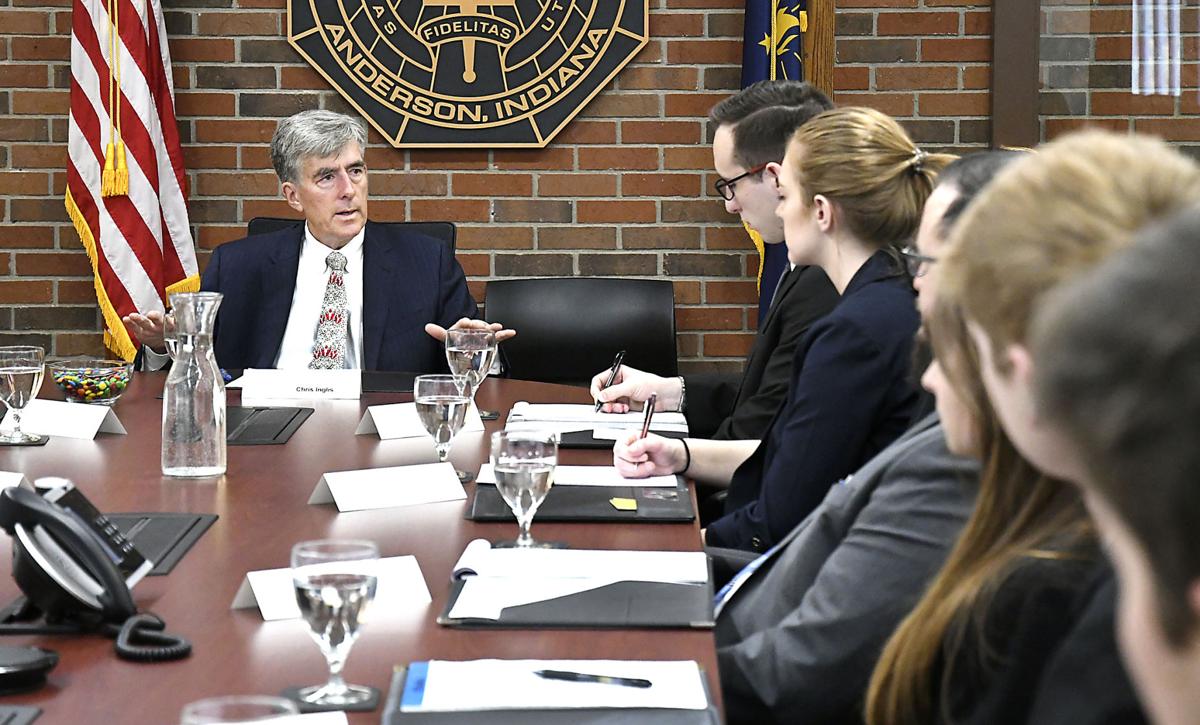 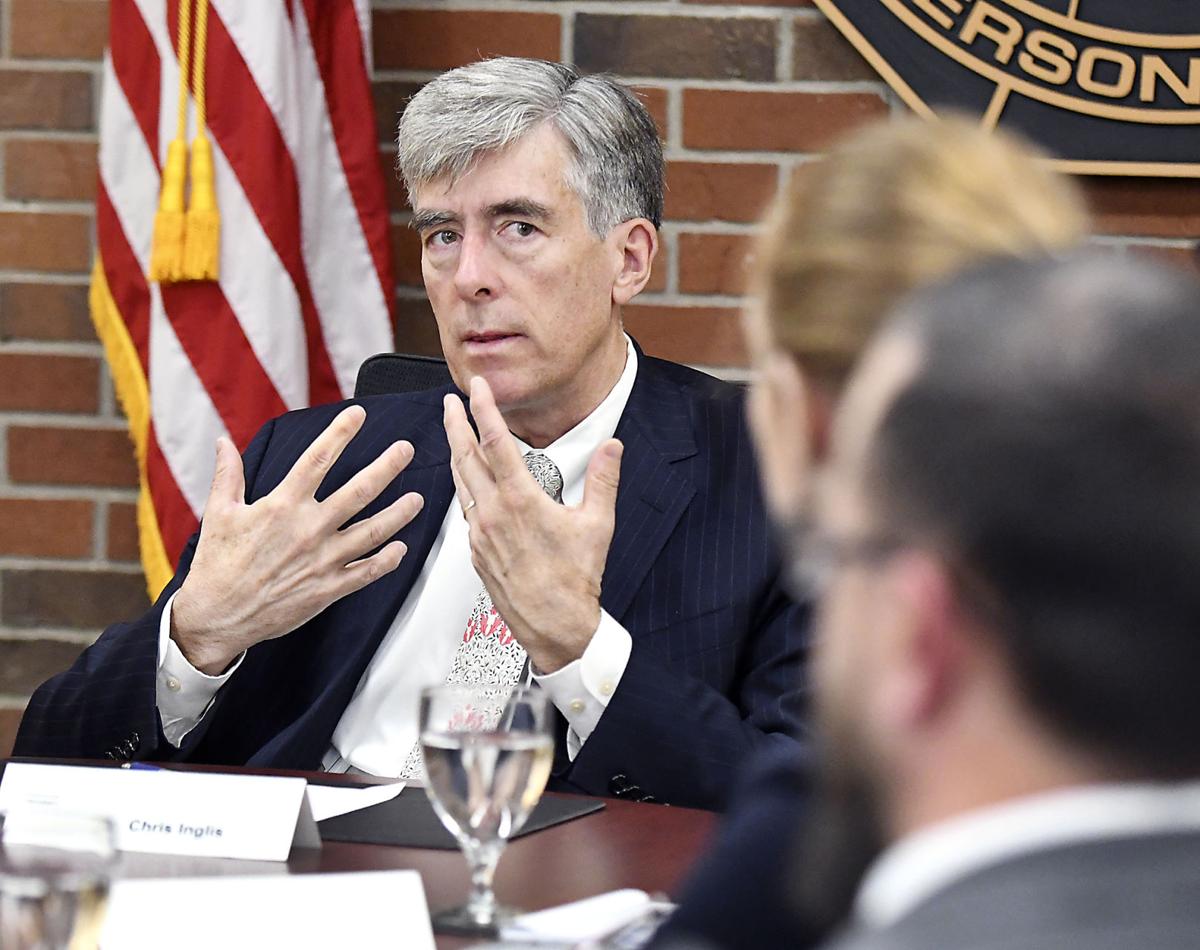 Chris Inglis, former deputy director of the National Security Agency, answers a student’s question during his visit to Anderson University on Tuesday. “Any question is fair game,” he said. 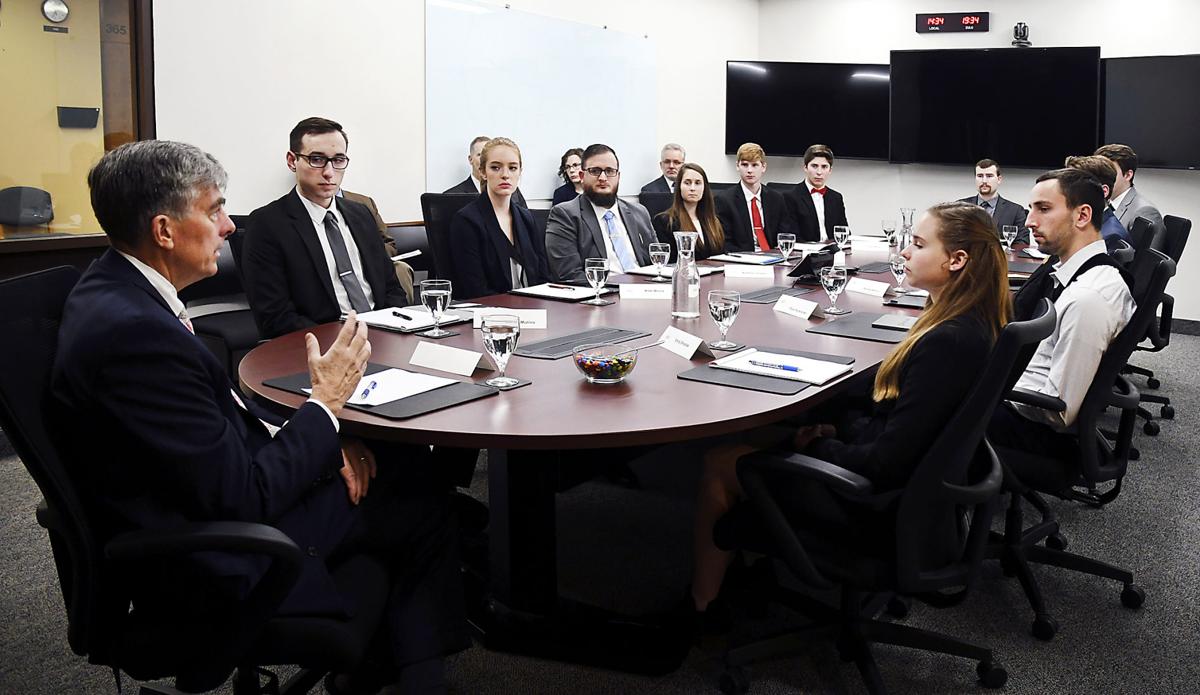 Chris Inglis, former deputy director of the National Security Agency, talks with a gathering of Anderson University students in the Situation Room during his visit on campus Tuesday.

Chris Inglis, former deputy director of the National Security Agency, answers a student’s question during his visit to Anderson University on Tuesday. “Any question is fair game,” he said.

ANDERSON — If he could go back in time, J. Chris Inglis, former deputy director of the National Security Agency, said he would err on the side of giving the American public more information after federal contractor Edward J. Snowden copied and released classified information in 2013.

The whistleblower, who later sought asylum in Russia where he still lives, faces two charges of violations of the Espionage Act of 1917 after stories appeared in The Guardian and The Washington Post. In September, Snowden released a memoir, “Permanent Record,” based on the experience.

“People often get intelligence wrong,” Inglis told a group of about a dozen students Tuesday in the Situation Room at Anderson University. His response was based on a question from AU student Mikke Moore who asked how federal officials can balance national security while ensuring the rights to privacy guaranteed by the U.S. Constitution.

Inglis said the Constitution was written in the context of the goals expressed by the Declaration of Independence, which set the stage for how U.S. government interacts with its citizenry. He said he considers the 10th Amendment the most important because it specifically states the intent that the federal government has limited powers and that those not expressly stated belong to the states and the people.

Inglis’ visit is one of several national security experts brought to the campus, including former Federal Bureau of Investigation Director James Comey and special counsel Robert Mueller, both of whom were involved in the investigation into Russian meddling in the election of President Donald J. Trump.

The federal government officials are brought to the university at the invitation of AU President John S. Pistole, former administrator of the U.S. Transportation Security Administration and a former deputy director of the Federal Bureau of Investigation.

The visits are intended to give AU students in a variety of programs, including national security, cybersecurity and political science, a close-up look at how the federal government works. The students also get time as a group to ask about classified information.

In some instances, students also are able to gain valuable contacts as they pursue careers in federal law enforcement or diplomacy. For instance, senior Jason Mullins told Inglis he already has applied for a position at the NSA.

He said though the NSA was monitoring the calls of people associated with known terrorist organizations, including al-Qaida, Hezbollah and the State of Iran, its movements were constrained by the Constitution.

For instance, Inglis said, agents often did not know who was communicating and what was being talked about. They only knew whether the place of origin was registered in the U.S., and if it was, the information was turned over to the FBI for further investigation.

“It was not an egregious abuse of power. It was done with great trepidation,” he said. “When people well outside the NSA took a hard look at it, they saw it was not the program Edward Snowden described.”

The 17th deputy director of the National Security Agency, J. Chris Inglis is a native of Baltimore, Maryland.

Following a career of distinguished service in the military and the intelligence community, Inglis serves as Robert and Mary M. Looker Professor in Cyber Security Studies at the U. S. Naval Academy.