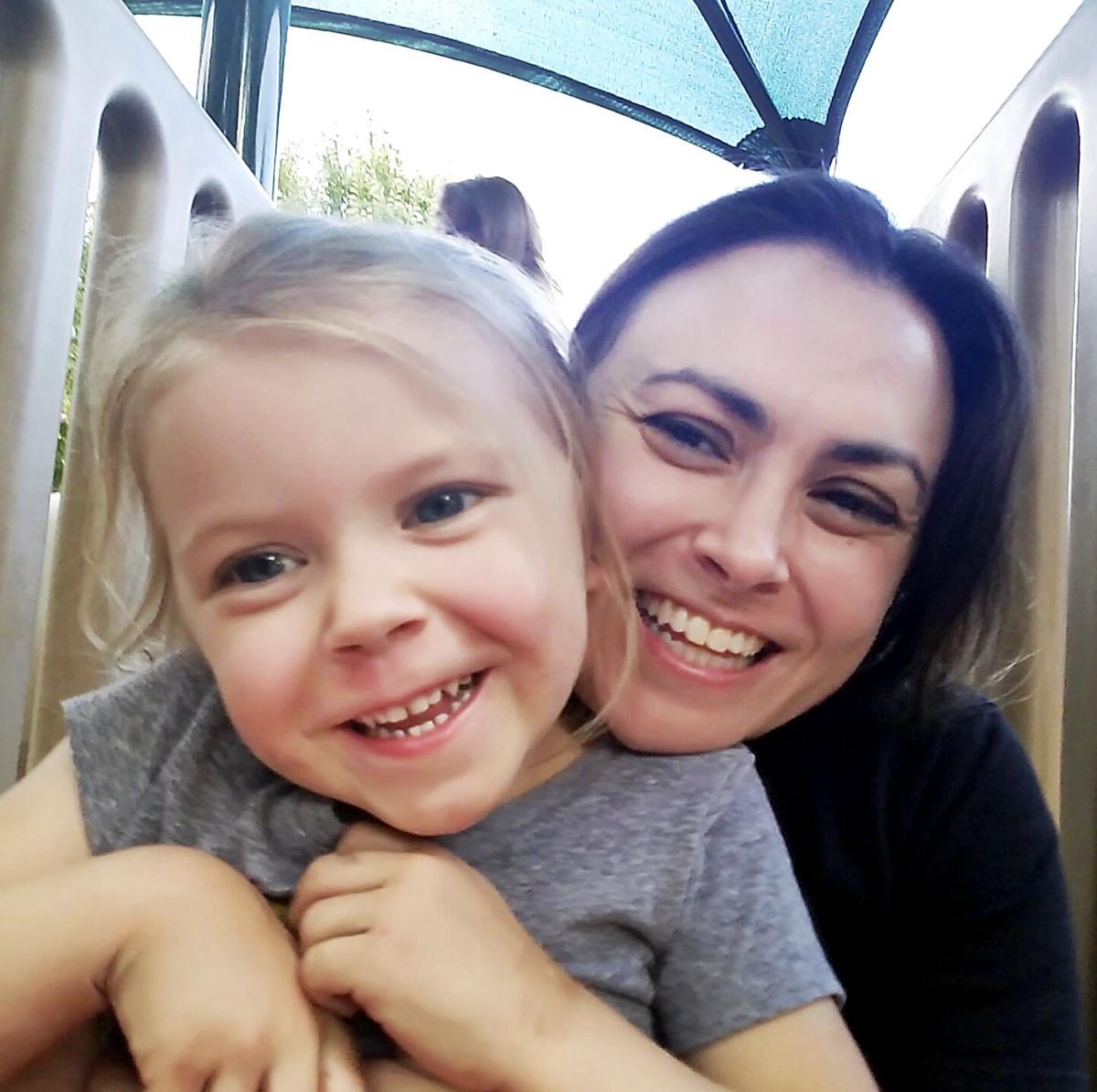 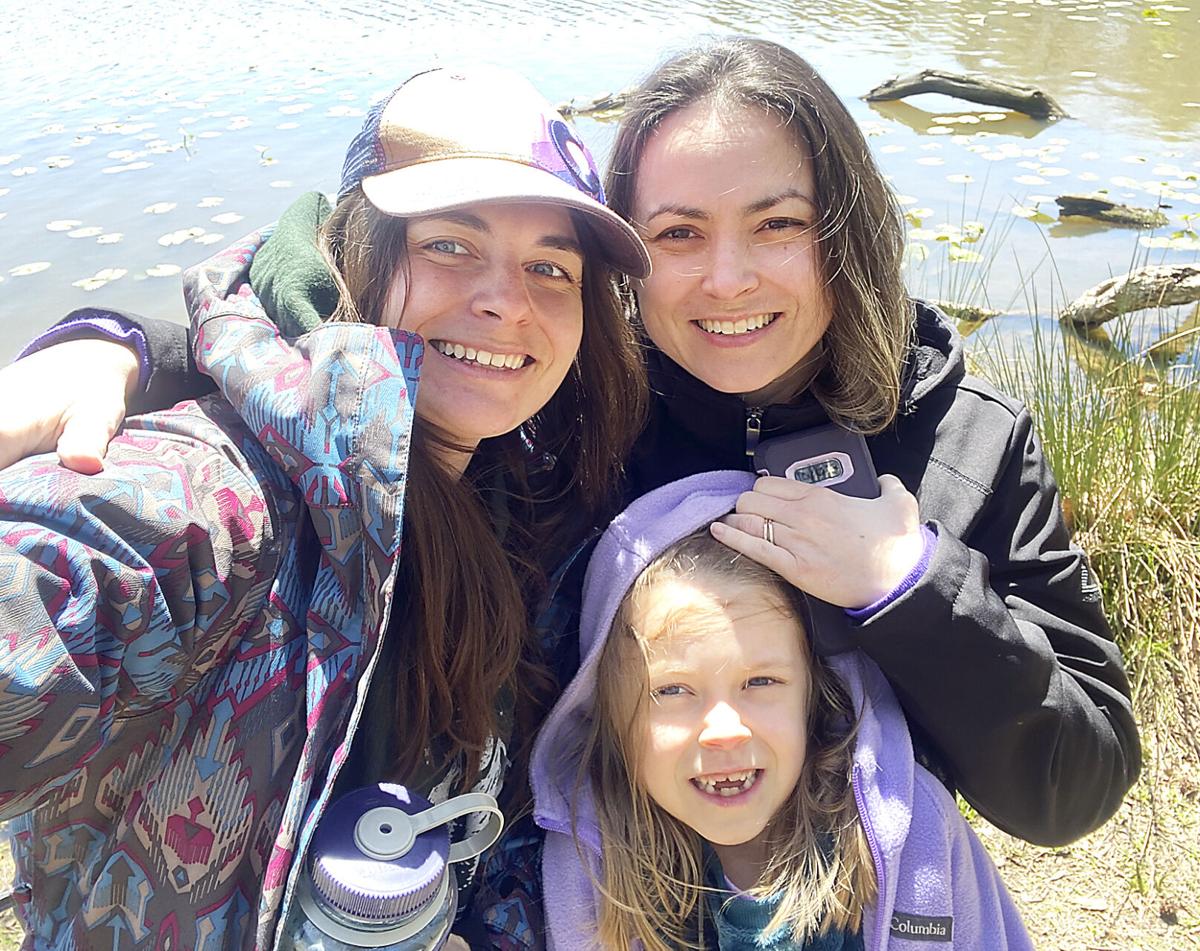 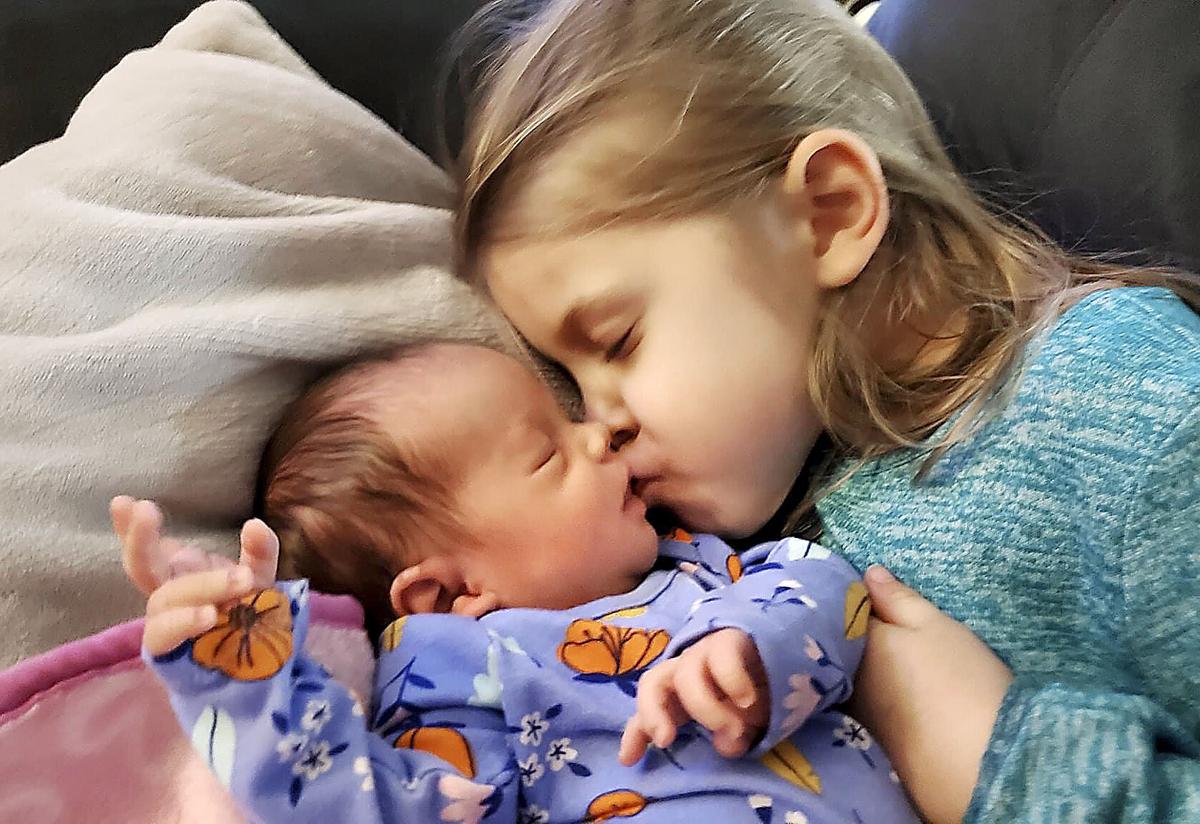 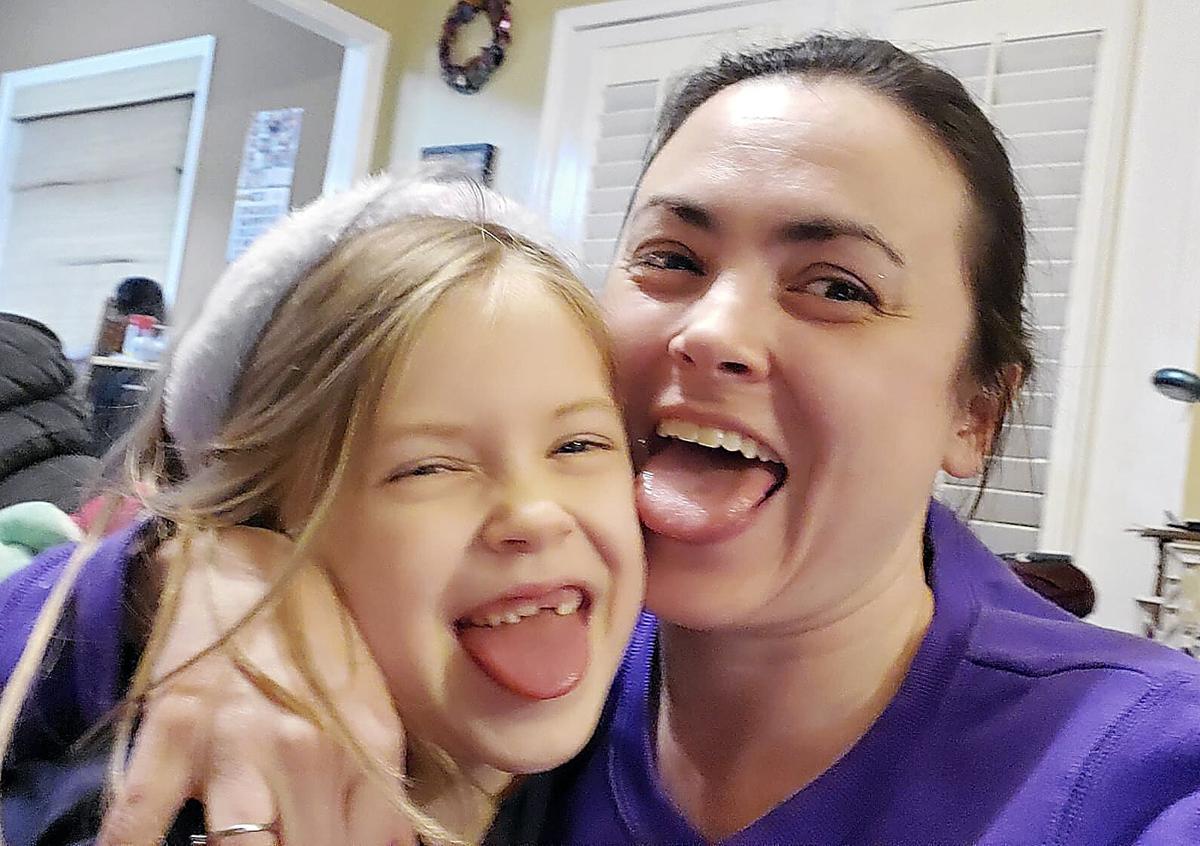 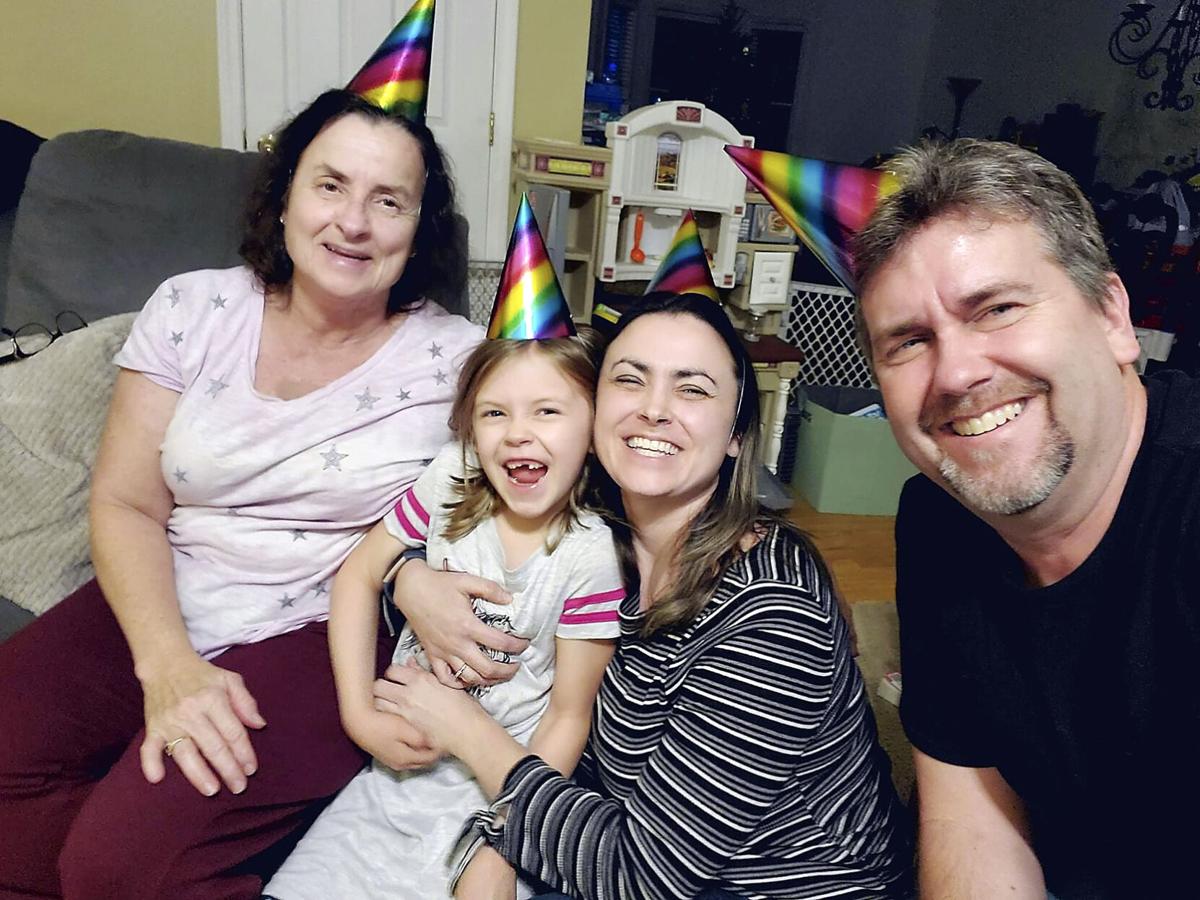 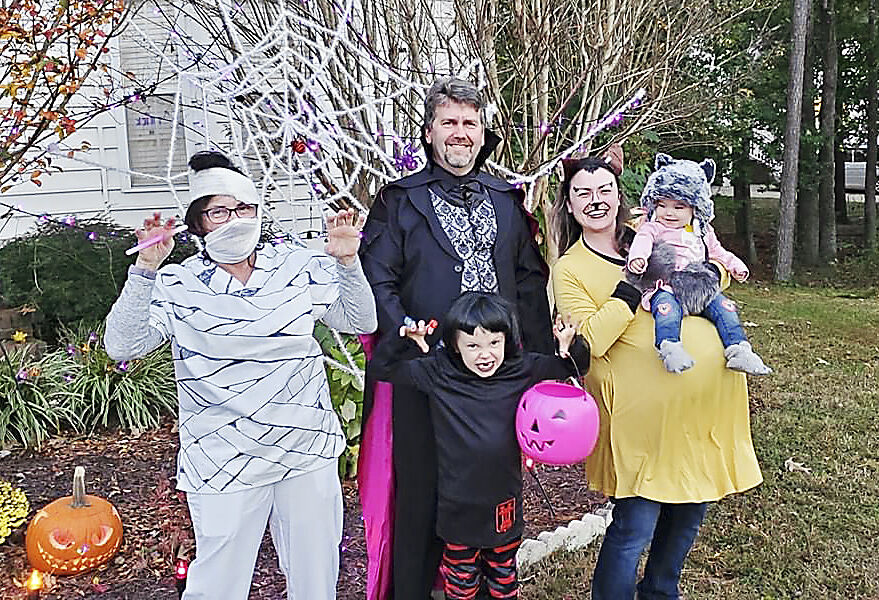 When Jayden Henderson wanted to dress as a character from Hotel Transylvania for Halloween, her grandmother, Debbie Black; father, Dave Henderson; mother, Heather Trevaskis; and sister, Ryleigh Henderson, got in on the act. 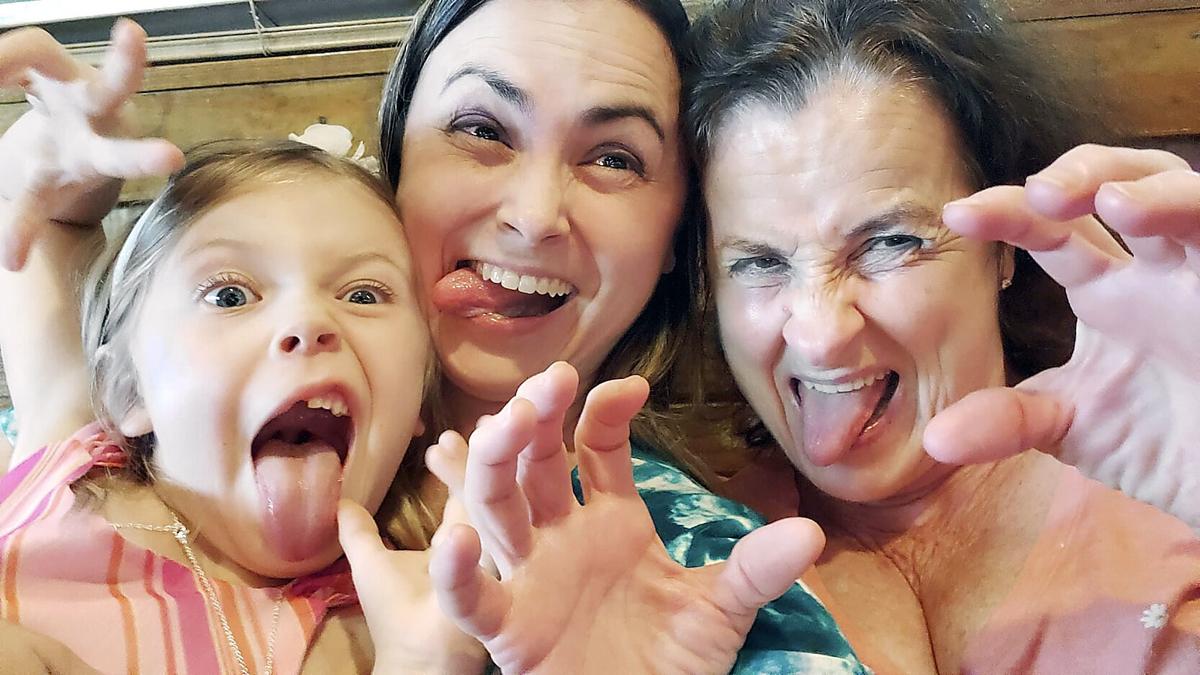 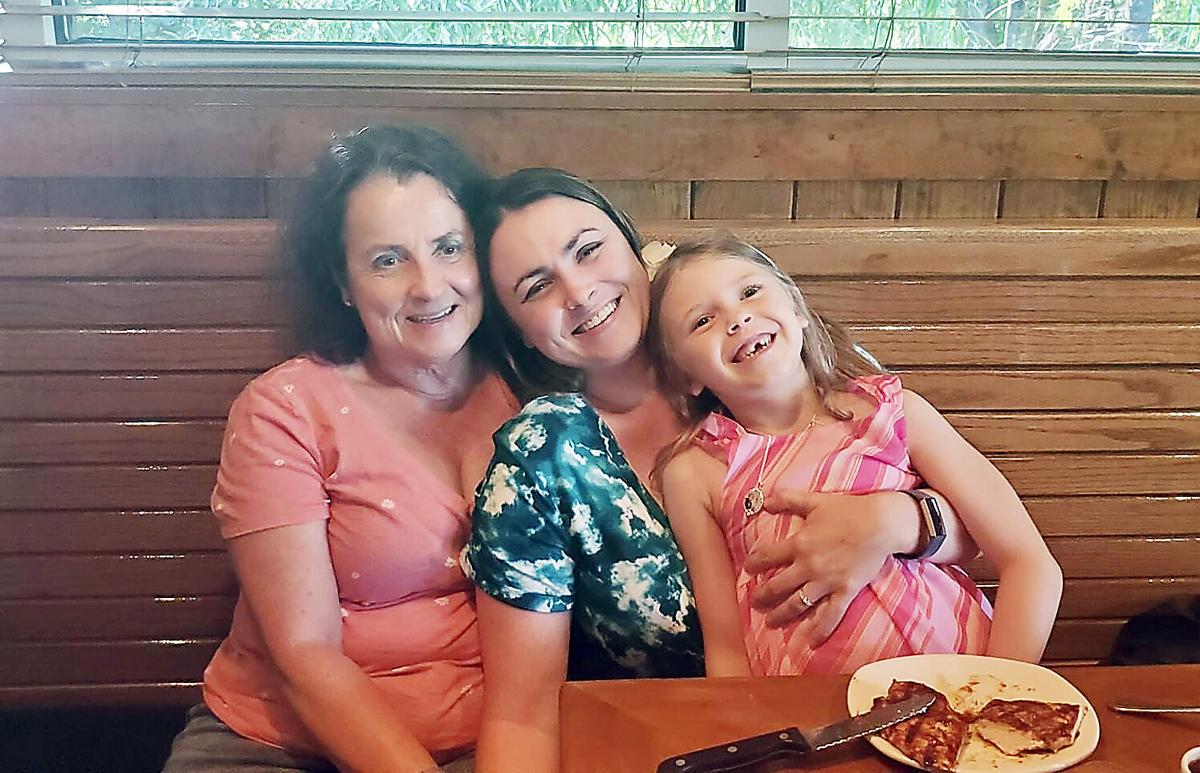 Jayden Henderson, with her grandmother, Debbie Black, and her mother, Heather Trevaskis. 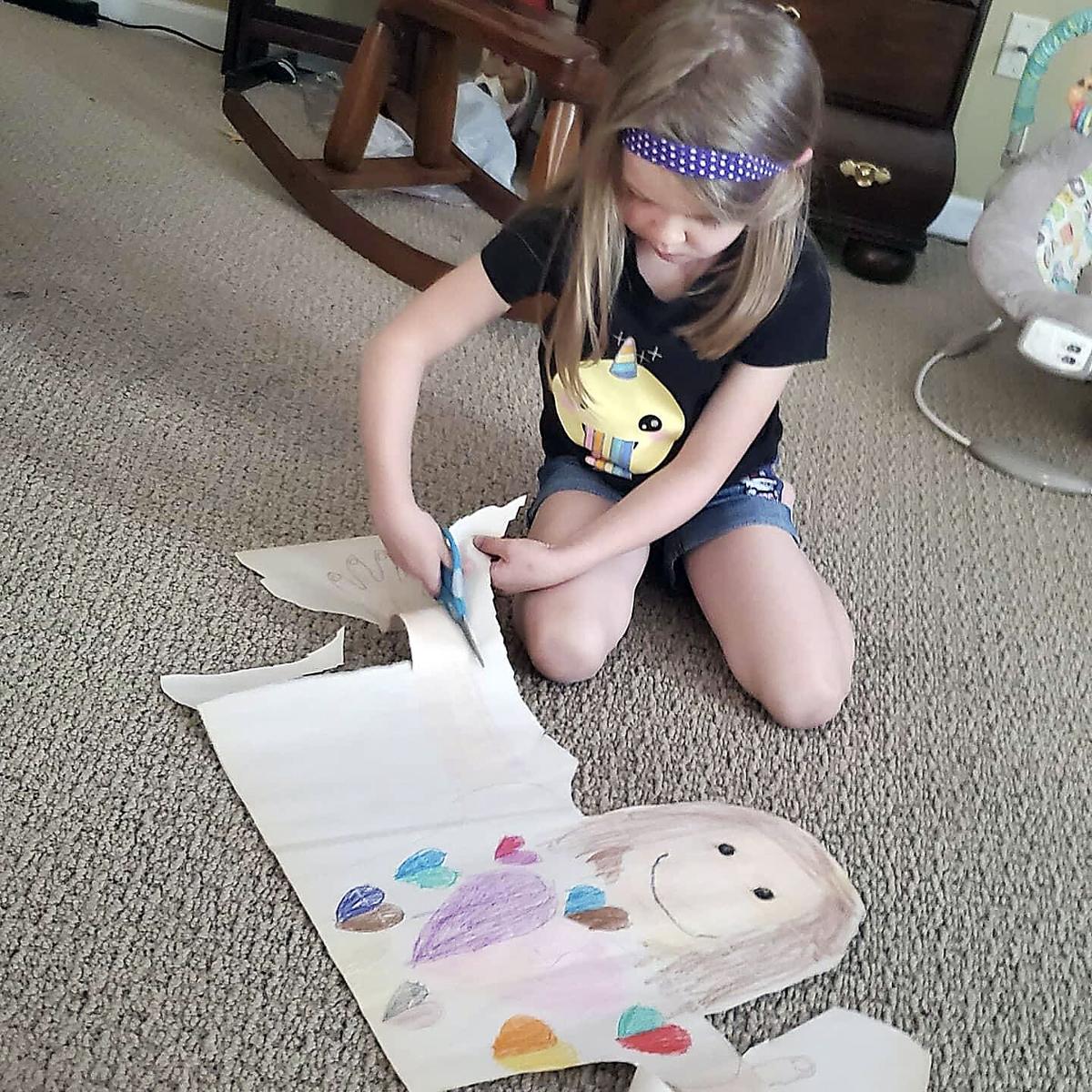 Jayden Henderson loved to do arts and crafts, according to Aunt Hayley Trevaskis. 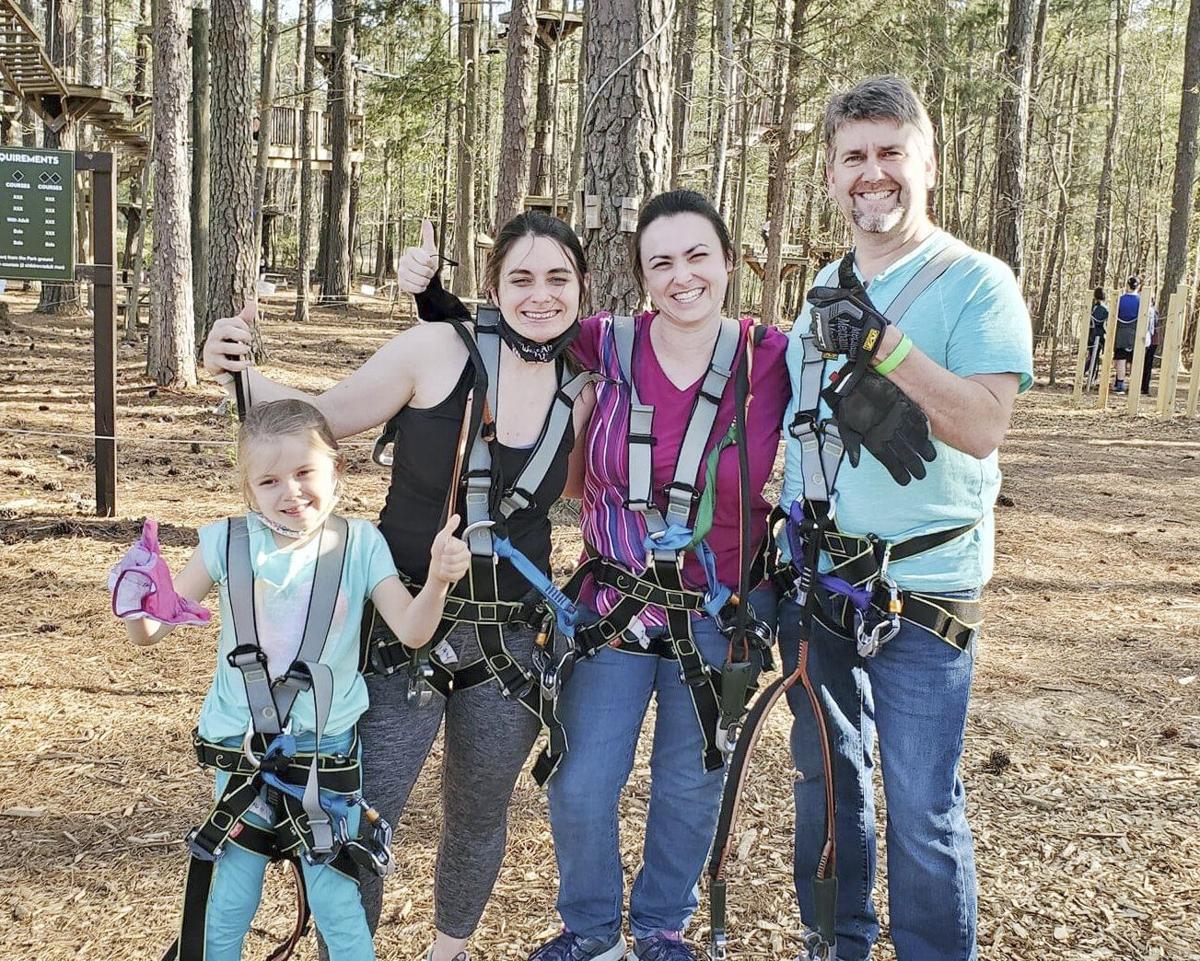 When Jayden Henderson wanted to dress as a character from Hotel Transylvania for Halloween, her grandmother, Debbie Black; father, Dave Henderson; mother, Heather Trevaskis; and sister, Ryleigh Henderson, got in on the act.

Jayden Henderson, with her grandmother, Debbie Black, and her mother, Heather Trevaskis.

Jayden Henderson loved to do arts and crafts, according to Aunt Hayley Trevaskis.

She learned to walk when she was just 8 months old. By the time she reached 5 years of age she was engaging adults in conversation. By the age of 7, she was participating in dance marathons and charity runs.

Her aunt Hayley Trevaskis, who graduated from Anderson High School in 2004 and is a nurse in Colorado, remembers each time she visited Jayden’s home in North Carolina her niece would “negotiate” with her to stay longer.

“She would say, ‘Well, there are planes that leave at later times for Colorado,’” Hayley Trevaskis recalled Thursday.

Jayden died Tuesday at 7 years old after being attacked by two dogs in a neighbor’s yard in Garner, a town of about 30,000 people just south of Raleigh.

Her mother, Heather Trevaskis, suffered bite wounds and severe arm and hand injuries. She was reported in stable condition at a hospital Wednesday after surgery early that morning.

“She can’t move her arms,” Hayley said of Heather, her oldest sister. “The doctors said that she will get mobility eventually back in them. They didn’t see any permanent damage.”

Heather attended Anderson High School and in 1999 graduated from the Indiana Academy for Science, Mathematics, and Humanities in Muncie. She worked on the youth sports staff at the YMCA of Madison County.

A computer graphics design major at Virginia Commonwealth University, Heather for the past eight years has been a master control operator for WRAL-TV in Raleigh. She is also a “very devoted mother” to Jayden and 1-year-old Ryleigh, according to her sister.

“My sister’s kids are her entire world,” Hayley explained.

The Tuesday attack happened when Heather and Jayden were helping take care of two pit bulls while the owners were out of town. The attack occurred in the backyard of the home.

“It was like two houses down from where they live,” Hayley said. “There’s a couple, and I actually met them. They were going out of town for the wife’s birthday.

“My brother-in-law volunteered to help take care of their dogs. The neighborhood is very well connected. Everyone knows everyone and helps each other out.”

Police said they did not know what prompted the dog attack and reported that they’d had no previous complaints about the dogs. Neighbors told WRAL-TV that they’d had no issues with the dogs, which have now been placed in “bite quarantine” at an animal shelter.

According to Hayley, her sister’s husband, Dave Henderson, related that Heather’s life was saved by another neighbor, an off-duty police officer who heard the attack and rushed to the yard.

“He knew how to handle the dogs and got them off Heather,” Hayley said. “They first attacked Jayden. They grabbed her by the back of her neck.”

A team of six specialists worked together to try to save Jayden’s life, according to Hayley.

A Go Fund Me account has been established to help Heather and Dave pay for funeral expenses as well as Heather’s medical bills. As of Thursday afternoon, nearly $32,000 had been donated.

Hayley and Heather’s sister Holly Trevaskis lived with Jayden, Heather and Dave for more than a year. She remembered Jayden for her love of cats and unicorns and her fearlessness. Jayden was always “doing stunts and climbing trees,” the Pendleton resident said.

A fourth sister, Colleen Black, lives in Edgewood. The girls’ mother, Debbie Black, moved from Anderson to Garner after her husband, Gary Black, died in 2016.

The family was waiting until 1-year-old Ryleigh got older before deciding whether to get a cat or a dog, Hayley said.

While Hayley called her niece goofy, silly, affectionate and active “like the Energizer bunny,” many recollections of Jayden center on her precociousness.

“She would have these analytical conversations with her mother,” Hayley said. “When she was 5, she was asking her mom how you make the color white. Heather told her white is the absence of color. Jayden said, ‘No, that would be clear.’”

A Go Fund Me account has been established to help Heather Trevaskis and her husband, Dave Henderson, pay for funeral expenses for their daughter, Jayden, and Trevaskis' medical expenses.

Jayden was killed and Trevaskis injured in a dog attack Tuesday.

As of Thursday afternoon, nearly $33,000 had been donated to the Go Fund Me account. To donate, visit gofundme.com and search for "In Memory of Jayden."