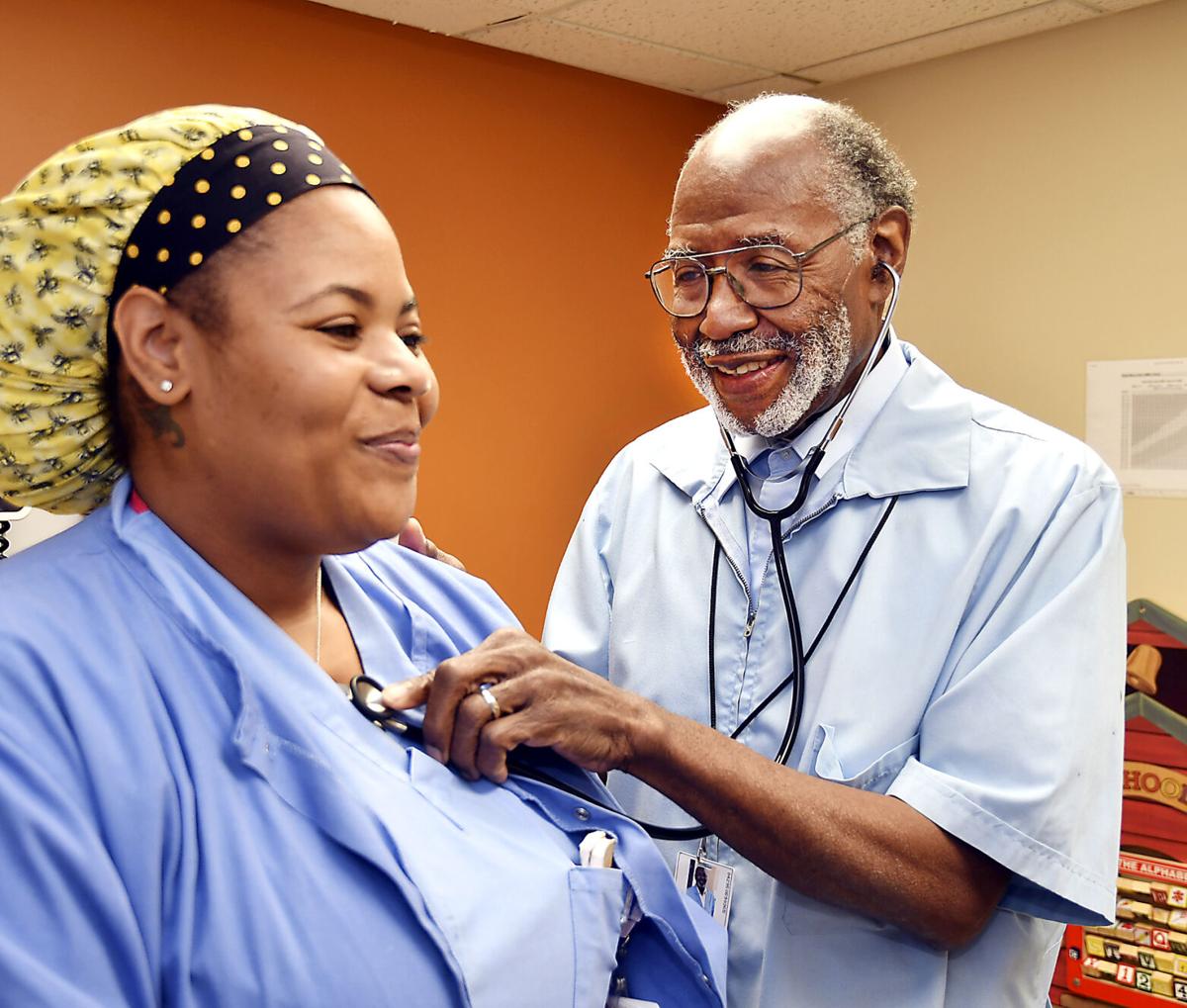 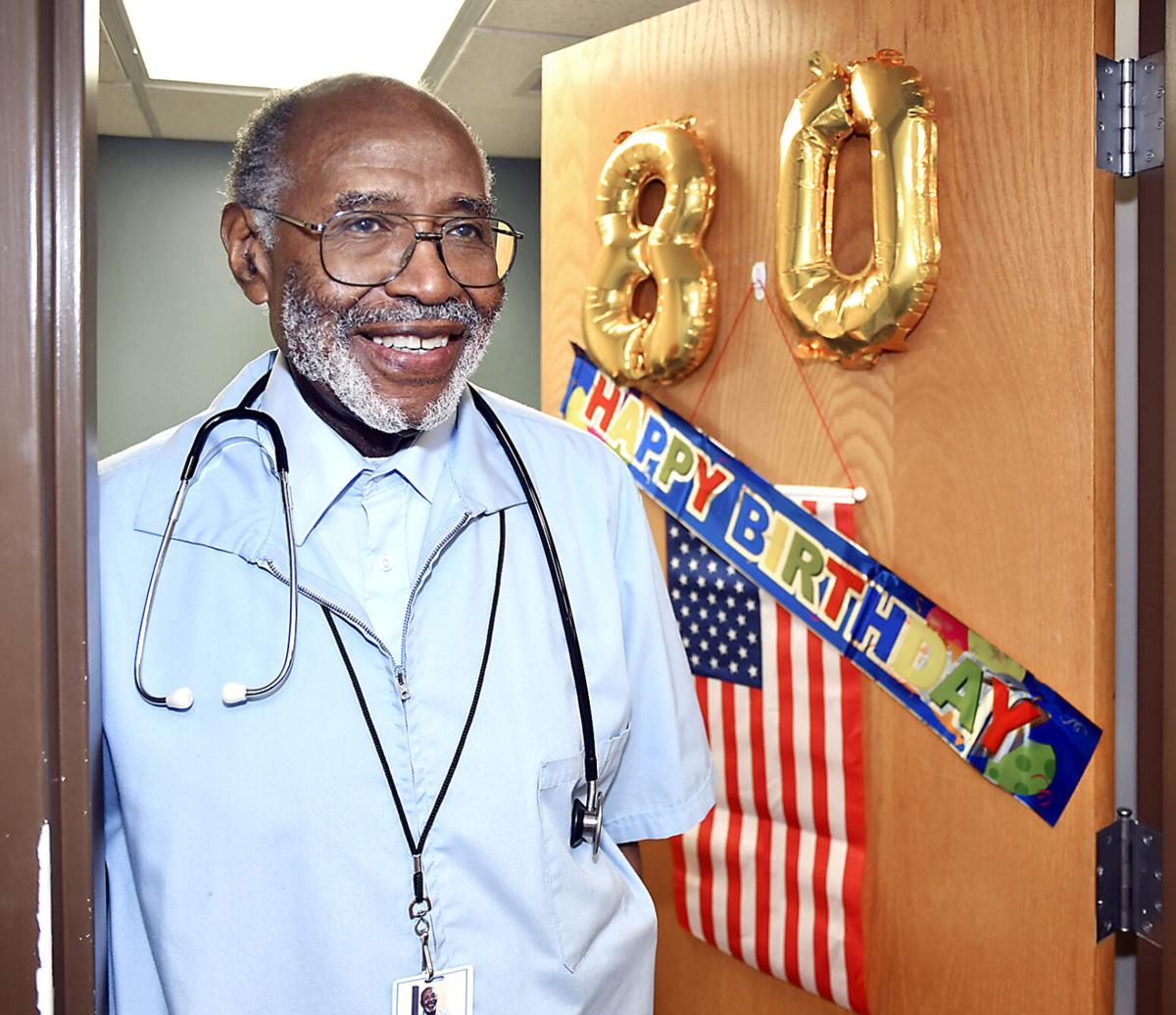 Dr. John Woodall, having celebrated his 80th birthday recently, is still practicing medicine with more then 50 years in Anderson. 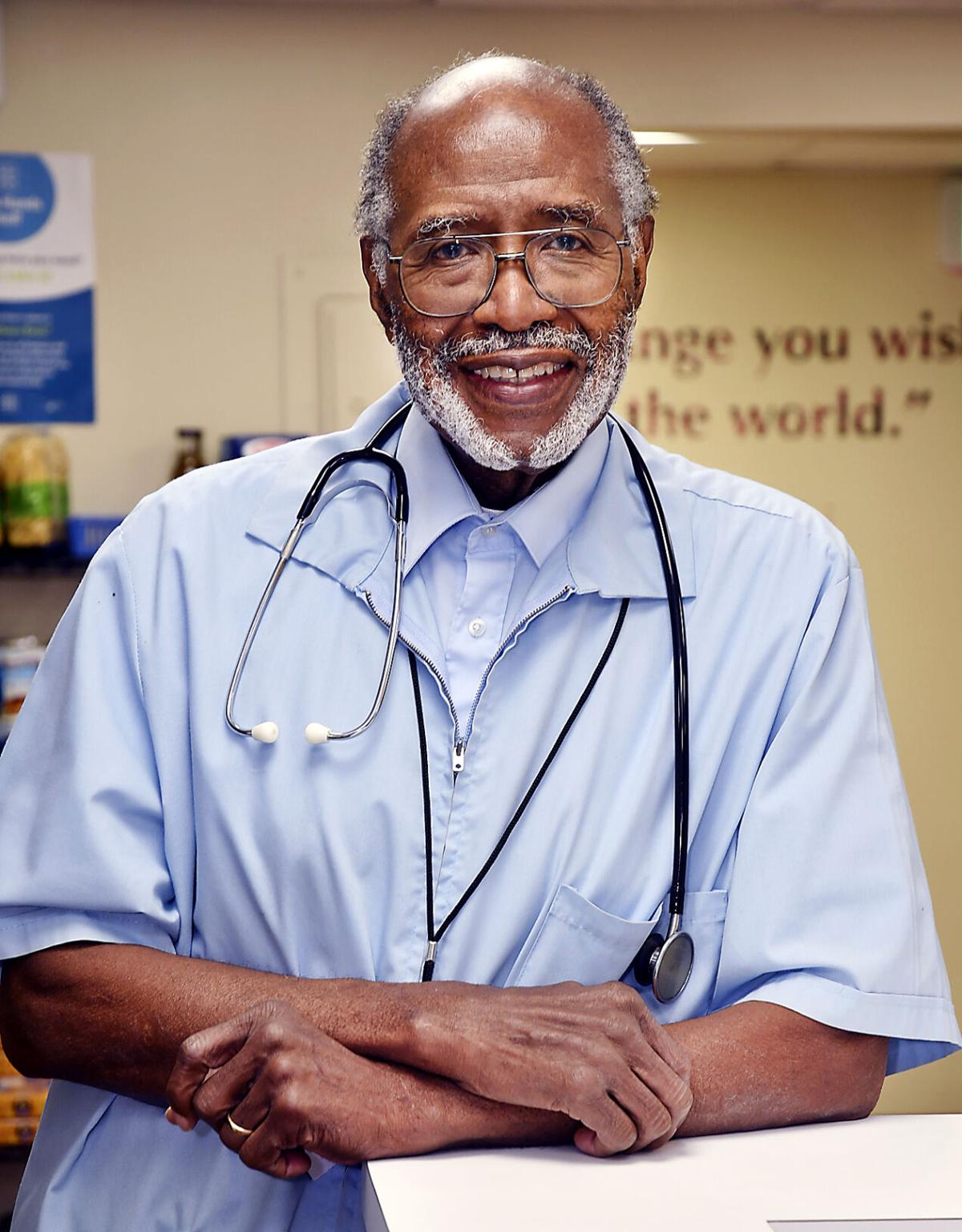 Dr. John Woodall, having celebrated his 80th birthday recently, is still practicing medicine with more then 50 years in Anderson.

ANDERSON — Dr. John Woodall isn’t ready to retire, not even at the age of 80.

“Retirement will come when the ‘honey do’ list is easier than the office work,” Woodall said.

Woodall has been practicing medicine since 1969 in Indiana, treating entire families in Madison County.

“Caring for generations of families has been humbling,” he said. “ I enjoy watching them grow up and can see their possibilities and watch them mature into mini versions of their older generations.”

Originally from Georgia, Woodall shared a story of chance, and a dirty diaper, when talking about his family’s relocation to Anderson.

“My father was discharged from the U.S. Navy and we joined the ‘Great Migration’ with other Black families that left Georgia to head north for jobs,” Woodall said.

More than six million African Americans moved out of the southern states to urban areas in the Northeast, Midwest and West between 1916 and 1970.

The Woodall family left Georgia on a train.

“We boarded a train and we got off at Anderson so my mother could change my brother’s diaper,” Woodall said. “We missed our next train and settled here in Anderson.”

Woodall graduated from Anderson High School in 1959, went on to graduate from Ball State in 1965 and then Indiana University School of Medicine in 1969. He also served in the United States Air Force from 1970 to 1972.

An attentive teacher and his father are credited with Woodall’s decision to pursue a future in medicine.

“My father was a hunter, and I was interested in the organs and how they worked,” he said. “A biology teacher, Ms. Doles, stimulated that interest and would give me extra work due to my interest.”

He said he chose to stay in Madison County because his family lived here and his mentors, Dr. Alvin Bridges and Dr. Frank Campbell, asked Woodall to join their medical practice after his completion of medical school.

Woodall said he has witnessed a number of changes within the medical field since he became a doctor.

“With computers we have new and old information at our fingertips, but there is less face-to-face contact,” Woodall said. “The benefit is it provides more accessibility through telehealth visits for those who have challenges getting into our office.”

In 2018, Woodall was presented the B. Harry Beckham Award by the NAACP for his decades-long work as a physician serving hundreds of local families in addition to his volunteer work at various organizations within the community.

While a large portion of the community is familiar with Woodall as doctor and his charity work, he admits to having a secret or two.

“Few people know that I eat pork and beans almost every dinner and pancakes every Saturday,” he said.

His feelings about the COVID-19 vaccines, however, are not a secret.

Woodall is a strong supporter of COVID-19 vaccines and has even been seen walking door-to-door to talk to people about getting the vaccine.

“Him and his wife walked the Westside neighborhood encouraging people to take the vaccine,” said Audrey Burgess. “He didn’t get paid to do that. He did that on his own time one weekend.”

Burgess is a former patient of Woodall’s and said she was forced to transfer to another doctor after Woodall stopped practicing at St. Vincent Anderson. If given the opportunity, however, she would pick him over any practitioner.

“As far as I am concerned, he is the best doctor, here, in this city and the state,” said Burgess. “He won’t tell you something he wouldn’t do.”

Woodall’s employees also have high praise for the doctor.

“I have a front row seat to see his heart as he cares for his patients,” said Shalimar Franklin, Woodall’s office manager.

Franklin said Woodall is a true “gift” to the community.

Woodall said if people only remember one piece of advice he has to offer, it is to live life by example.

“You are an example to the younger generations,” he said. “You may not know it, but someone is watching how you live life all the time.”

Woodall said he has been blessed in life and given the opportunity he would not change anything about it.

“Choose to be happy,” he said. “If your life is like a lemon, keep making lemonade from it.”