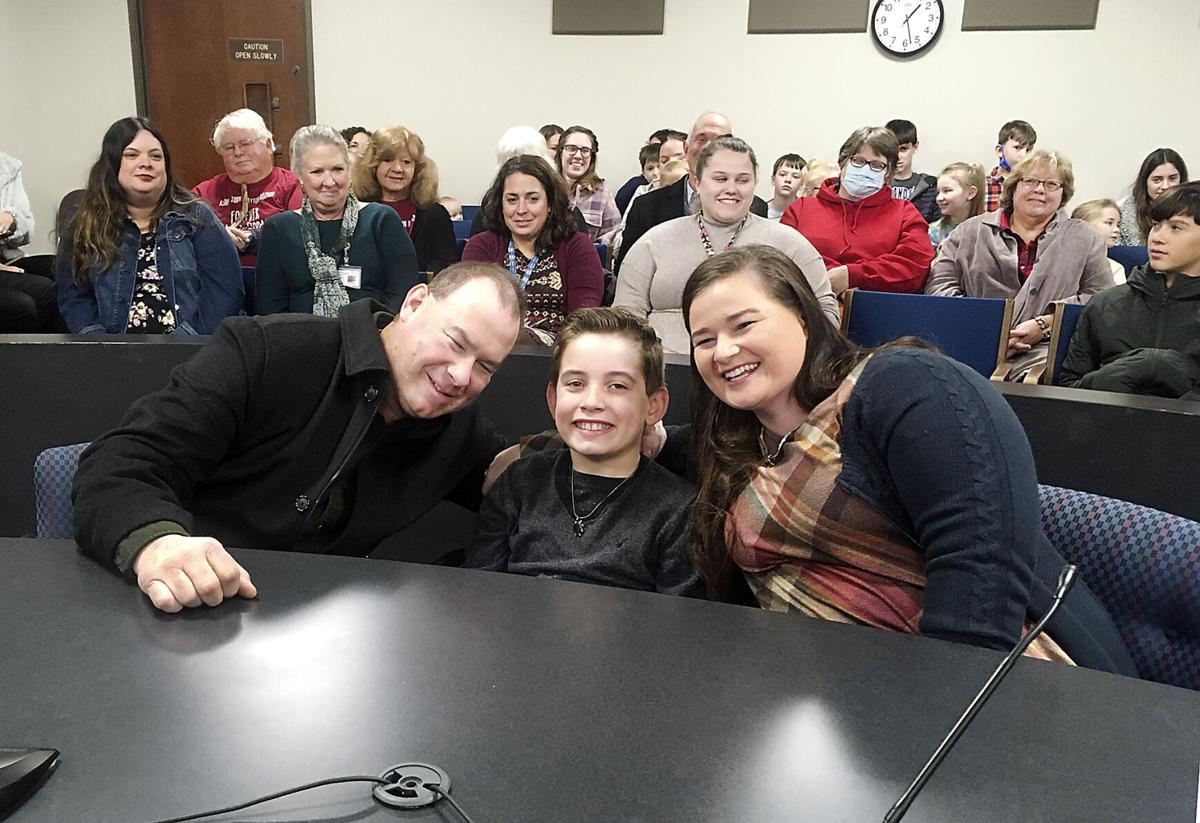 Pete and Cristy Howard adopted Asher before a large contingent of family and friends at the Madison County Government Center. 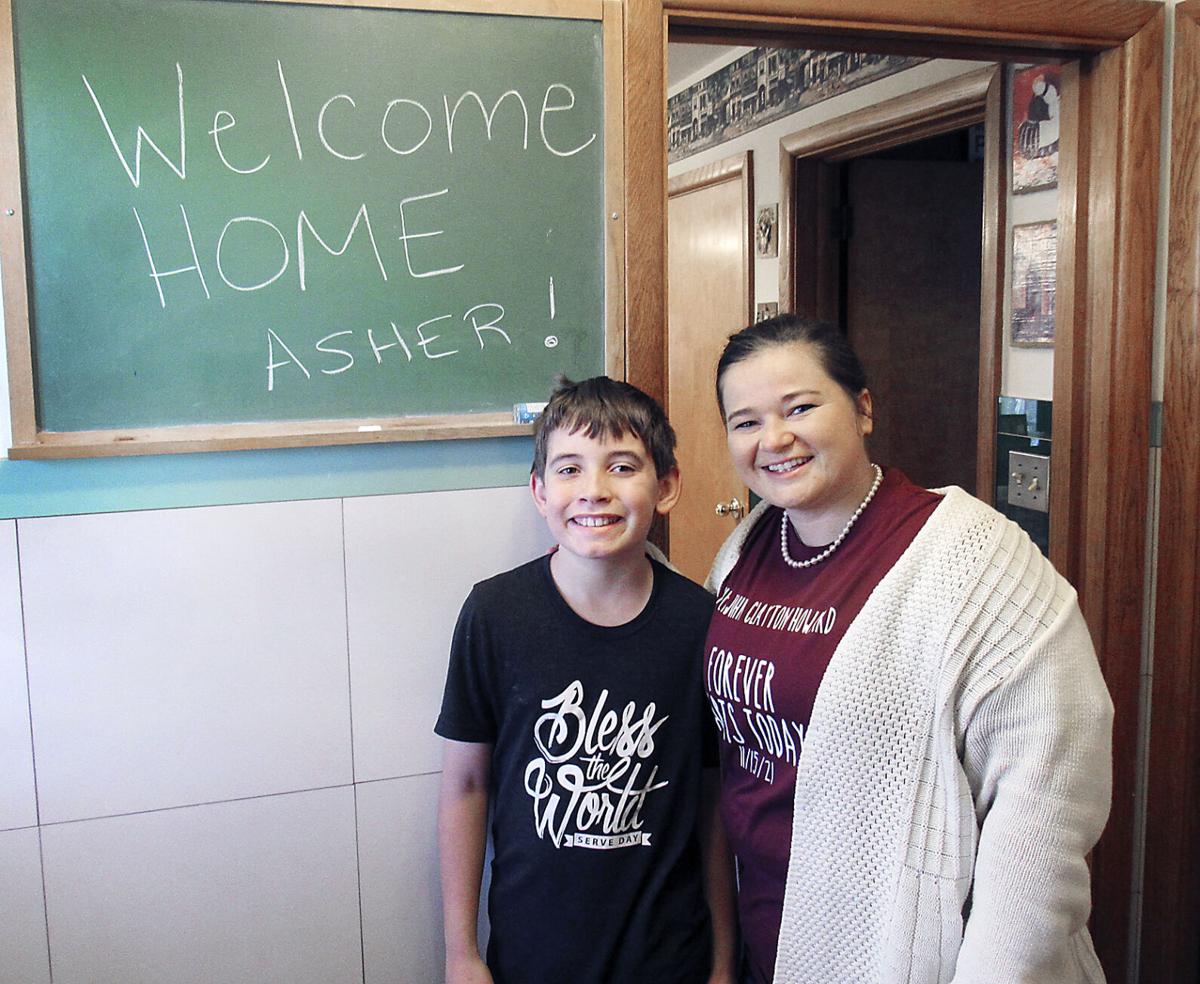 This sign greeted Asher after his adoption Nov. 15 in Madison Circuit Court Division 6. 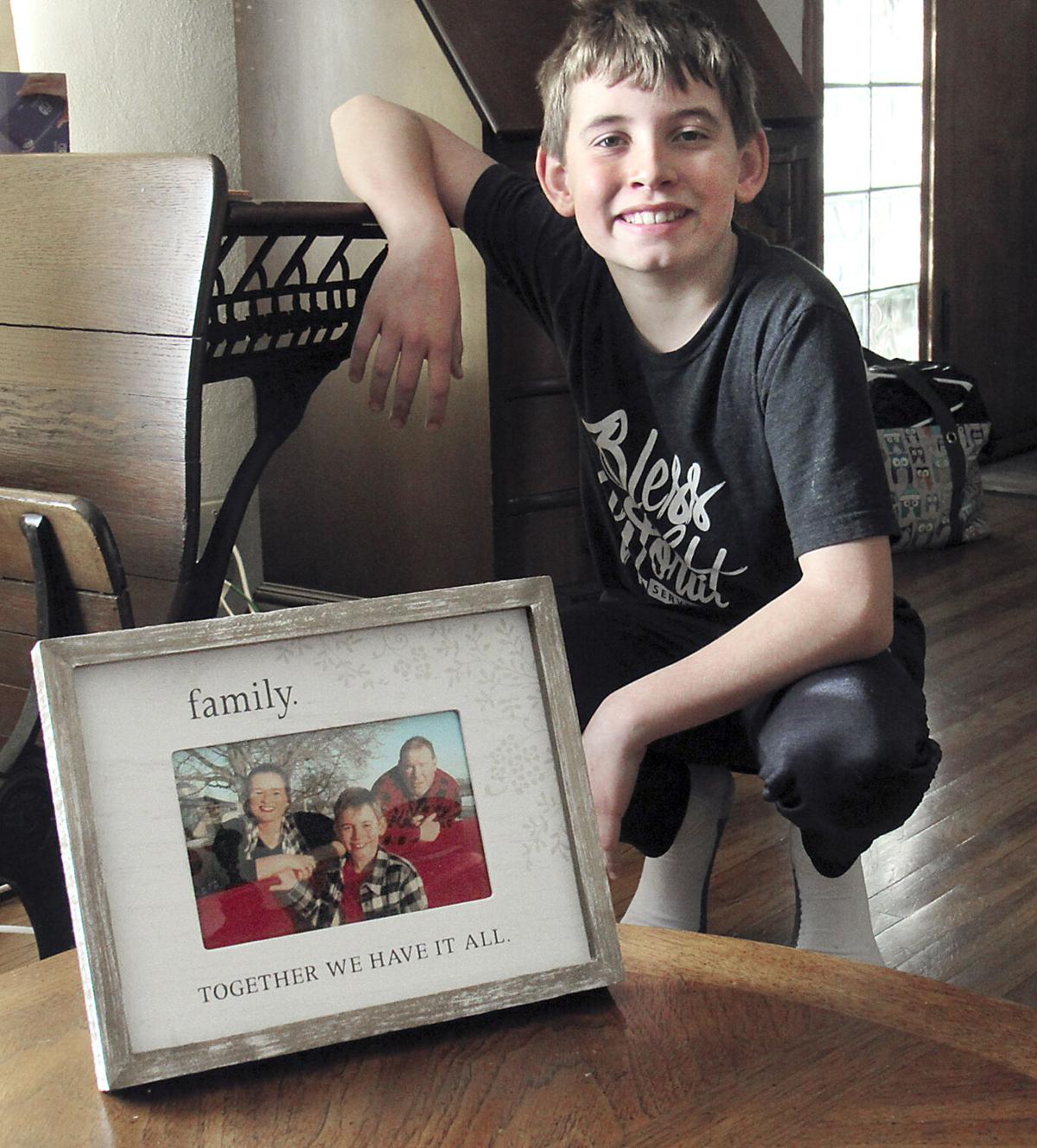 Asher shows off a picture with his new parents. 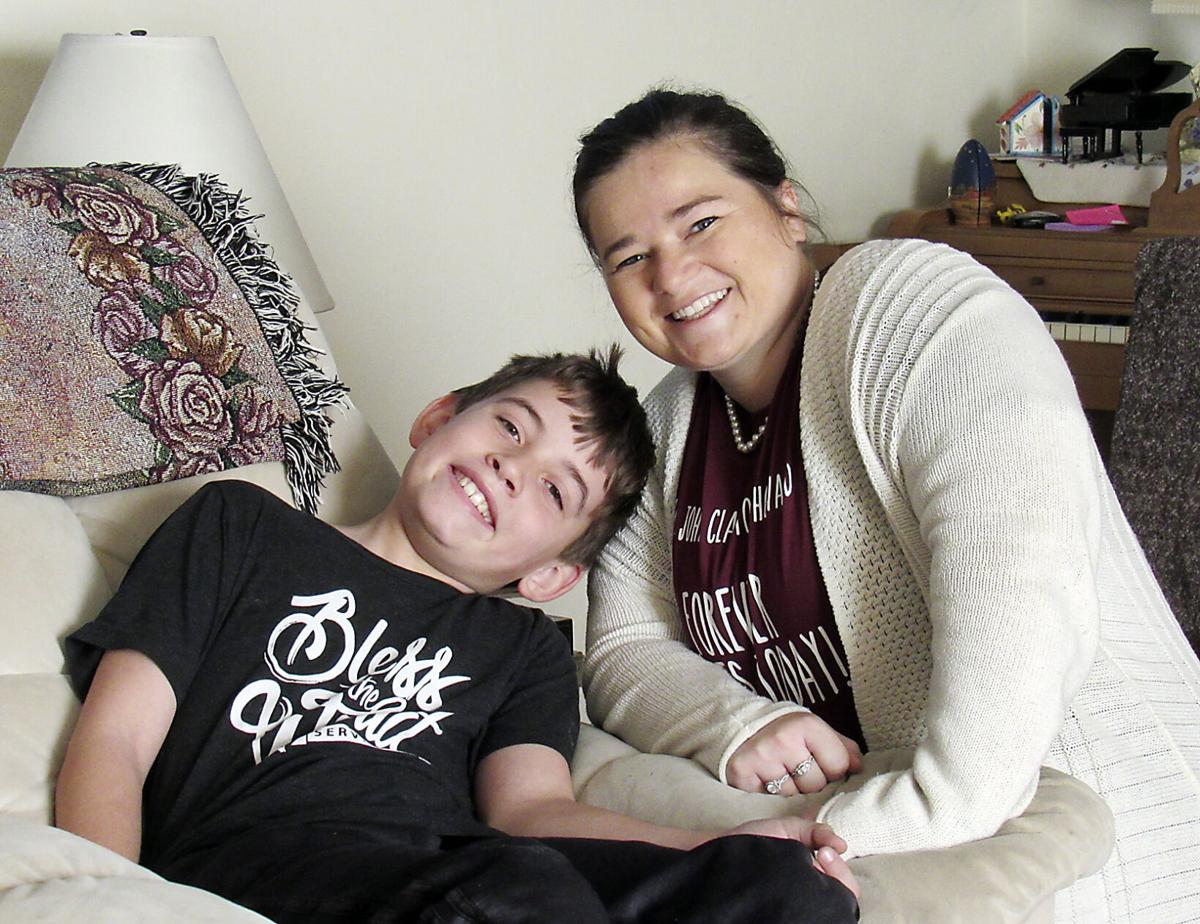 Asher and Cristy ]Howard share a moment together at their Central Indiana farmstead.

Pete and Cristy Howard adopted Asher before a large contingent of family and friends at the Madison County Government Center.

This sign greeted Asher after his adoption Nov. 15 in Madison Circuit Court Division 6.

Asher shows off a picture with his new parents.

Asher and Cristy ]Howard share a moment together at their Central Indiana farmstead.

ANDERSON — For most of her life, a goal of Cristy Howard was to be an adoptive parent.

She and her husband, Peter, recently adopted a 10-year-old boy from Madison County to share the couple’s home on a farm in central Indiana.

A sign in the entry hall welcomed Asher to his forever home, and a large welcome poster is on the living room wall.

The couple adopted Asher on Nov. 15 in Madison Circuit Court Division 3 before a courtroom packed with family, co-workers, teachers and friends.

Cristy said that Asher has been with the family since Oct. 8, 2019.

“He was a foster child from Madison County,” she said. “He was a ward of the state and in the national youth advocate program (an adoption service).”

The Howards were licensed as foster parents in June 2019, and Asher was their first child.

“With our farm and (giving) music and clogging lessons and working in the evening, it had to be the perfect child,” Cristy said. “I would read the referrals and if something didn’t seem quite right, then we would have to say no.”

She explained there are 100 girls in and out of the house every week for clogging and music lessons.

Cristy said the couple always intended to adopt children, something she always planned.

“My dad was adopted, and he didn’t know his biological parents until he was 21,” she explained. “I found out when I was 8 years old that he was adopted.

“I was always interested and didn’t know that about my dad,” Cristy said. “Pretty much since the time I was 8, I decided I wanted to do this, too, and be like my grandparents.”

Cristy said the couple always planned to adopt Asher when he came to their house.

Asher had been in foster care since the age of 4.

The Howard’s are planning to adopt three more children in the coming years.

“We’re fostering a sibling set next and plan to adopt them,” Cristy said. “My ultimate goal is to adopt two boys and two girls.”

The couple is considering two children in Clay County that seem to fit in well with the family.

Cristy said the boy loves Bible study and going to church, and the girl loves to sing and dance.

She said the biggest adjustment was having Asher spend the first night in their home.

“It wasn’t too difficult at first because there are children in the house all the time. The biggest change was to have someone sleep over,” Cristy said. “The first night I didn’t get a lot of sleep. I kept checking on him. Kind of on pins and needles.”

Asher said he was excited to come live with the Howards.

“I could tell they were going to adopt me because they were really nice,” he said. “I’m happy to have a forever family.”

Cristy said she and Asher got to spend two weeks together after his adoption.

“We bonded instantly,” she said. “I gradually started back with the music and clogging students.”

“He has been in my plans since I was 8 years old,” Cristy said. “It just took some time for him to arrive.”