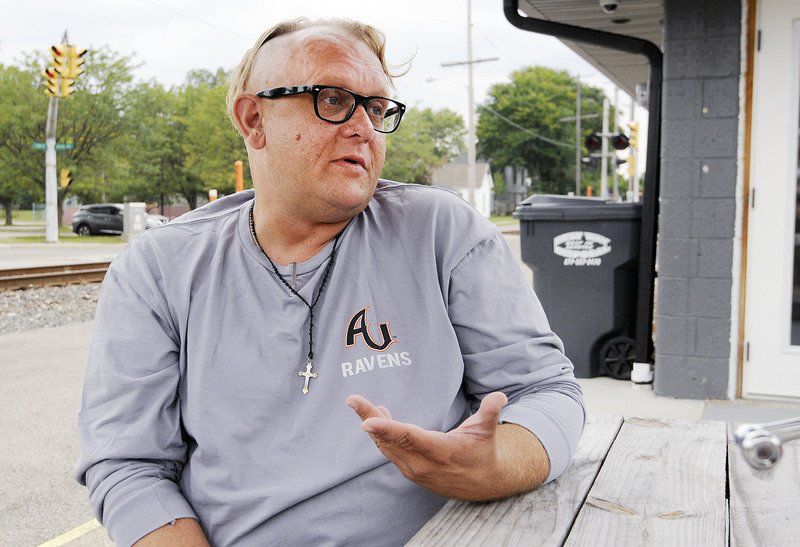 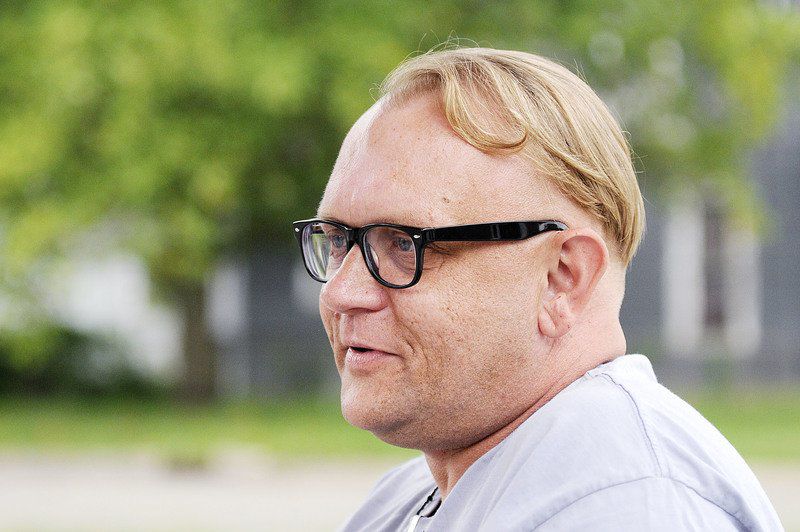 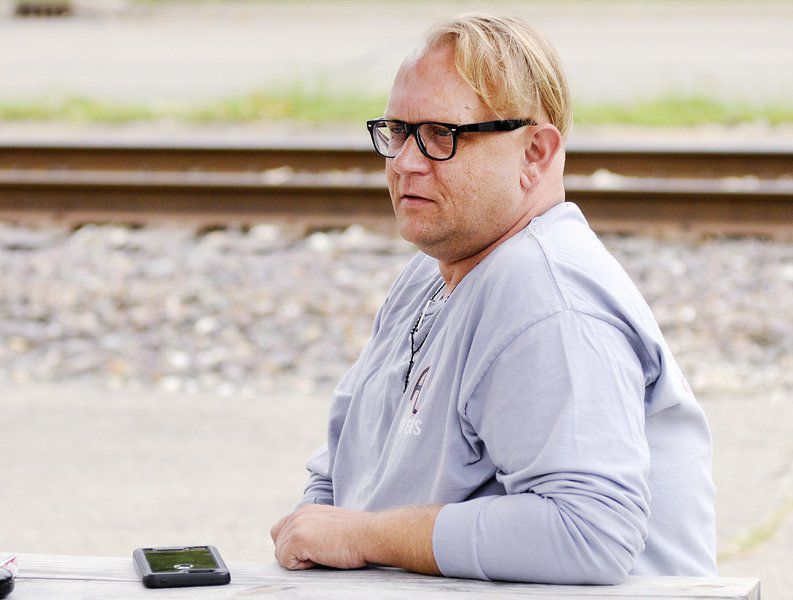 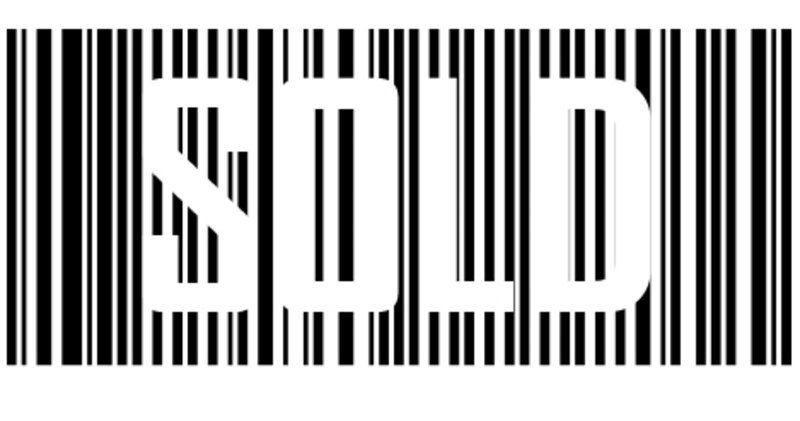 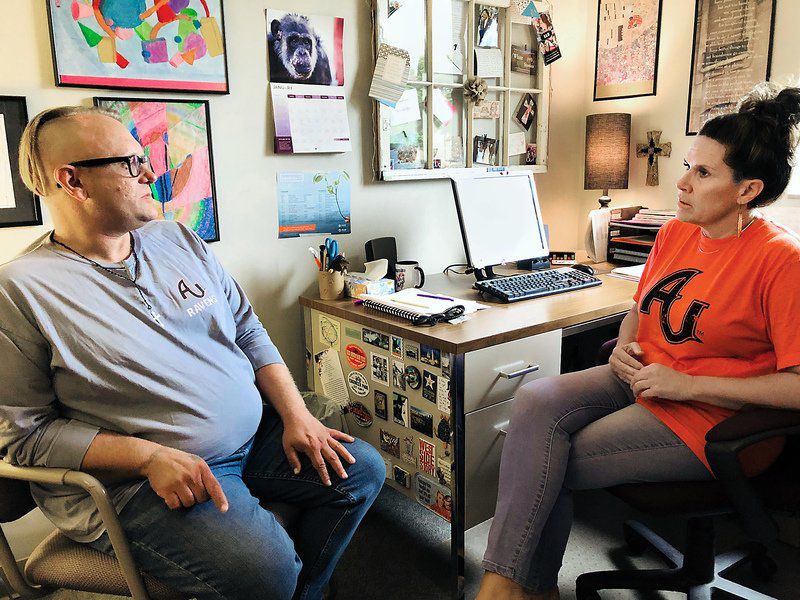 Eric Harris and professor Lisa Pay talk about the Human Trafficking Leadership Academy curriculum they collaborated on this summer.

Eric Harris and professor Lisa Pay talk about the Human Trafficking Leadership Academy curriculum they collaborated on this summer.

ANDERSON — Eric Harris was sold into sex slavery by his mother when he was 11 years old.

The man who bought him took him to a dilapidated house with boarded up windows. He tied Harris up, got him high on methamphetamine and raped him.

For the next six months, Harris was a sex slave.

Harris, now 43, is a full-time student at Anderson University, lives with his fiance in Anderson, loves Star Wars and listening to ska music. He has dedicated his life to helping other survivors of sex trafficking recover.

Harris, a California native, was groomed by his mother for months before he was sold into the commercial sex trade. He said his mother's friends would casually reference his sexuality and make innuendos.

A man Harris knew as "Jamie" took him and after a few weeks, he took Harris to a house in a different California city.

Harris was tied down in a dark room and left there.

"At least two to three men would come see me, rape me," he said. "Just to hear a little boy scream."

Eventually Jamie came down from a meth binge and the then 12-year-old had the opportunity to untie himself. He called his uncle and was taken back to his mother.

"I didn't tell him anything," Harris said. "At that point I was still processing what the hell happened."

Every time Harris questioned his mother, she denied his accusations and told him none of it happened. While his mother, a nurse who had a pill addiction, worked nights, Harris was getting high on meth.

"She would call me a liar and say I was saying this to get attention," he said. "After she died, I got to forgive her for everything... That was the first time I told my family everything."

A few years later, Harris became a ward of the state and was placed in treatment for three years. It took three years for Harris to accept what happened to him.

As an adult, he was stuck in a life of dealing drugs and robbery. He spent time in prison for commercial robbery and possession of methamphetamine in 2013.

Harris has been working with a public advocate in California for the last two months to expunge his record.

At the age of 35, Harris started to view himself as a survivor instead of a victim. He became involved with a support group in San Diego as a form of penance for his past.

"Becoming an advocate was more for me, because I always felt like I took away from society," he said. "If sharing my story will give some kind of empowerment to someone else, that's a way of giving back some of the wrongs I've done."

Becoming an advocate was important to Harris for two reasons: the people he could reach and his gender. Sex trafficking is under-reported and often misreported.

Ninety-four percent of minors trafficked in Indiana in 2016 were girls, according to the 2016 Indiana State Report on Human Trafficking.

Male victims are less likely to report because of stigma, according to the National Center for Missing and Exploited Children.

"Some survivors don't find sharing their story to be empowering," Harris said. "They advocate in different ways. I think, because I'm a male, it's more important for me to share my story."

Even though Harris was getting back on his feet, he realized that he needed to pursue an education in social work to create tangible change. And he wanted a clean slate.

Starting over in Indiana

In the time he has been in Anderson, Harris has sat on a panel for the Human Trafficking Leadership Academy (HTLA), drafted a curriculum on working with survivor support groups, become involved with survivors in Anderson and spoke with local figureheads about creating change.

"If Anderson was really serious about attacking the problem, they would have a multi-disciplinary team that involves police, prosecutors, therapists, public defenders, rehabilitation centers and survivors," he said.

AU social work professor Lisa Pay, a licensed clinical social worker, has had Harris in several classes. Pay, who has a background in peer-focused substance abuse recovery, looked over Harris' curriculum for HTLA.

The two met over the summer and spent hours poring over the material.

"They're looking over a peer-based support system," she said. "I think it's important for anyone coming out of a trauma-based experience to see someone a few steps down the road, to literally model hope. It can allow for a stronger base for recovery."

Pay said that AU is a progressive school that is interested in social justice, and having a student like Harris has been remarkable for her.

"We're proud of Eric, not only for his personal journey but the way he's hanging in there academically," she said. "He's honestly thriving. It's a matter of attaching the life experience to the field of social work. We're really glad he's here, in our college."

The professor referred to Harris as a "wounded healer," someone who endured trauma, started to heal and returned to help others recover. Harris shrugged off her comment with a smile.

Ultimately, Harris said he would like to facilitate peer-based support groups and programs for survivors so they can go on and thrive. His mission, however, was humble.

This is the second in a series of sex trafficking of minors.

Stolen Lives: This article defines sex trafficking of minors and its presence in Indiana.

Trauma bonding: Victims almost always return to their pimps and traffickers, even during rehabilitation. Trauma bonding keeps victims tied to their abusers, creating a dependency that may seem counter-intuitive to those on the outside. This story will break down trauma bonding.

Getting out: Once minors are in "the lifestyle," getting out is nearly impossible. Survivors are often in the foster system. Victims are often sent to juvenile detention or drug rehabilitation instead of targeted sex-trafficking survivor programs. This story will explain therapy for survivors and the barriers survivors face while recovering.

How Indiana children are sold into the sex trade

Sex trafficking is often depicted as in the movie "Taken," with an overseas kidnapping. In real life, it usually unfolds in a more mundane way.

More in SOLD: An ongoing series on human trafficking (3 of 8)

How Indiana children are sold into the sex trade

The price of being sold