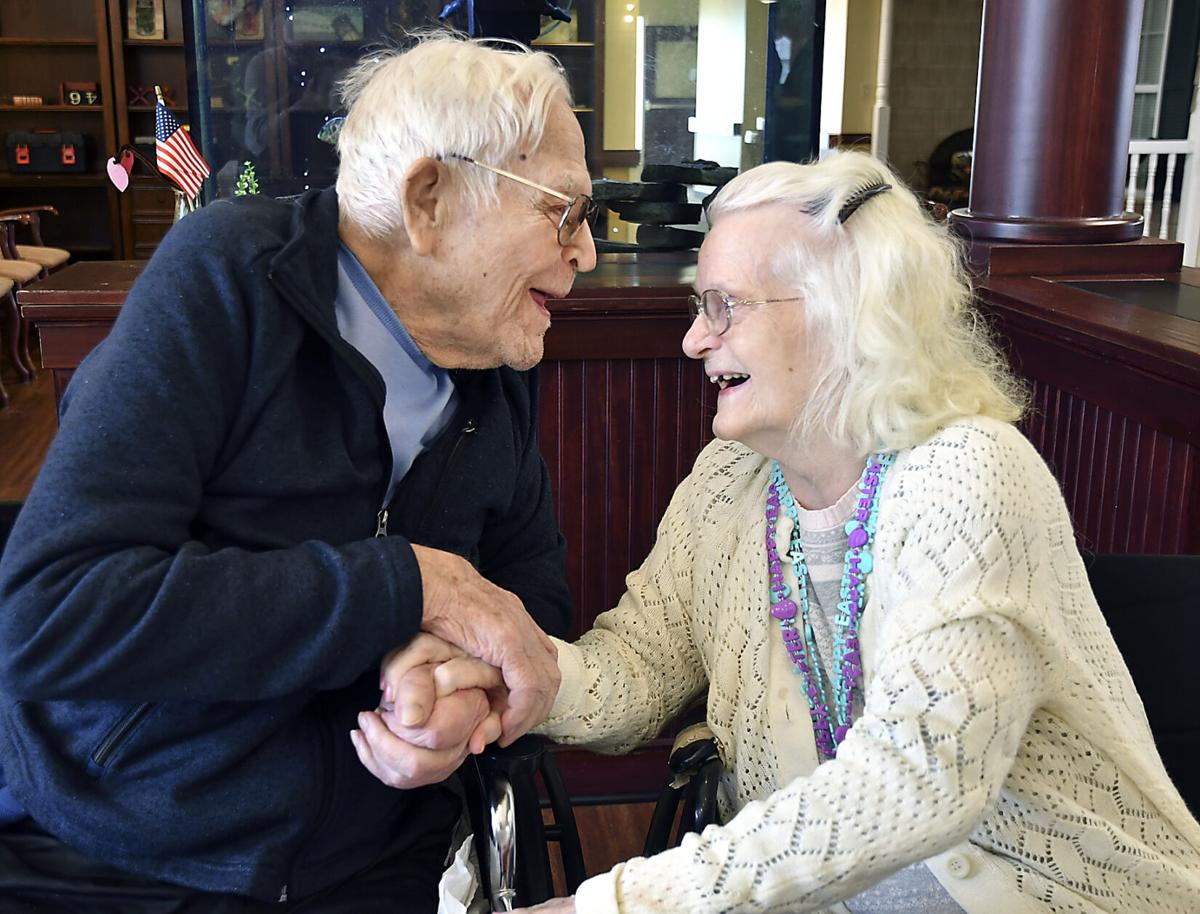 Bill and Christine Tranbarger recently celebrated their 75th wedding anniversary and had been inseparable since 1945 when they met. They were separated last year for 11 days when they both contracted the COVID-19 virus and were isolated from each other. 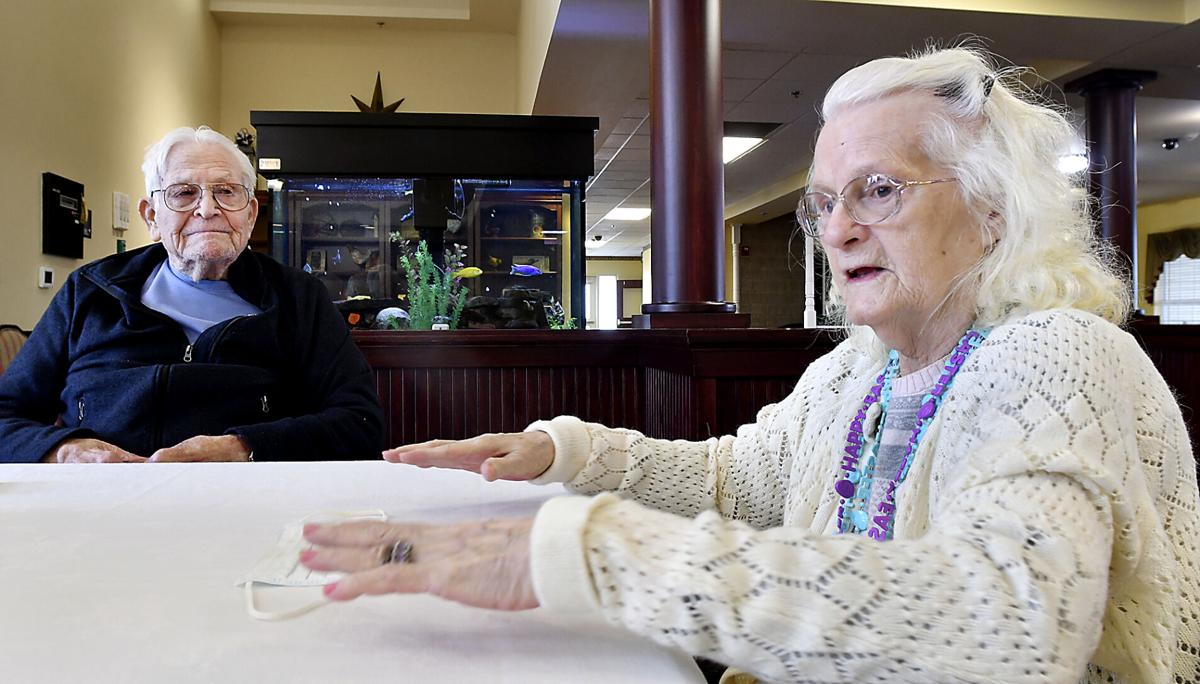 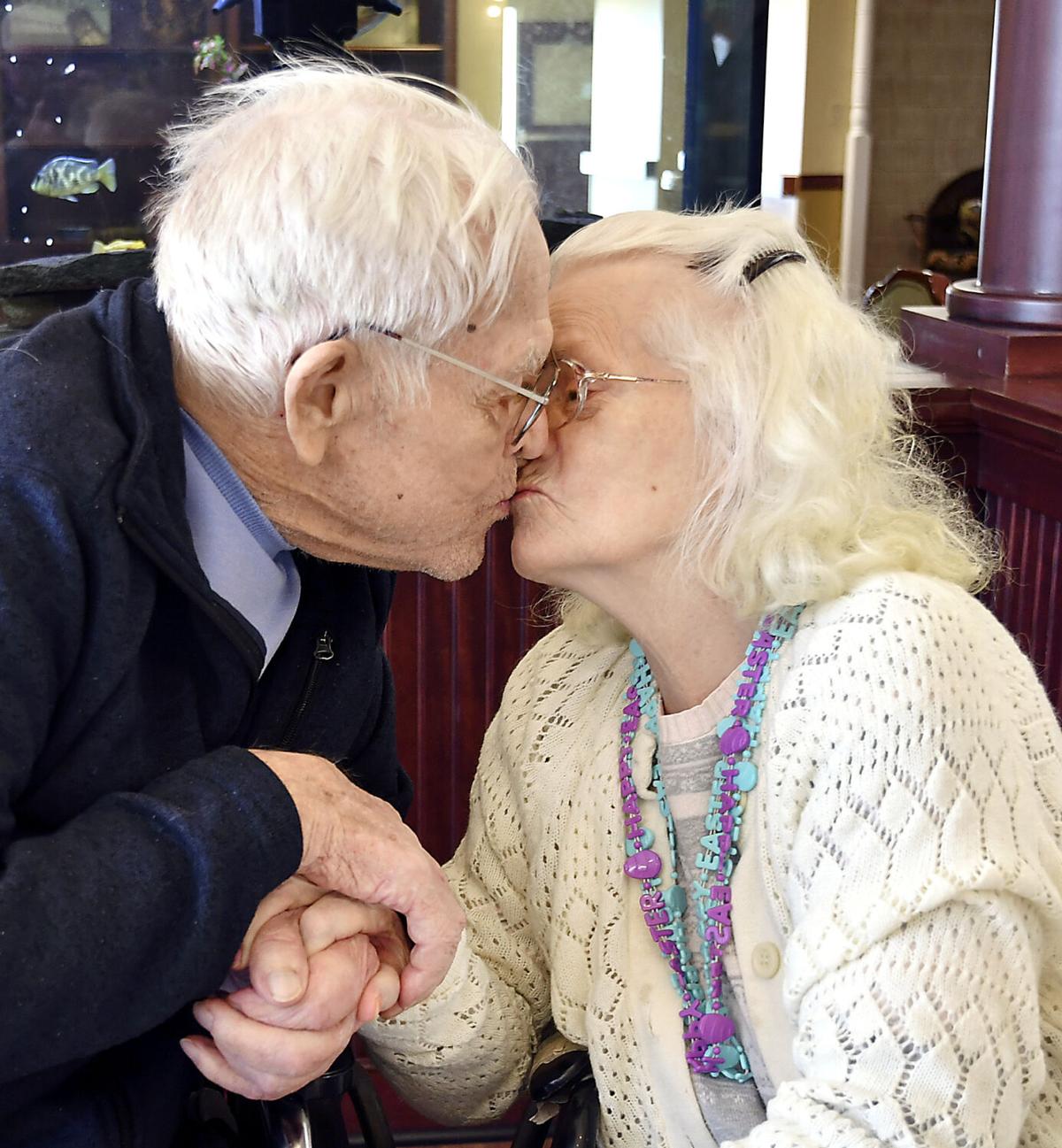 Bill Tranbarger kisses his wife, Christine, as they celebrate their 75th wedding anniversary.

Bill and Christine Tranbarger recently celebrated their 75th wedding anniversary and had been inseparable since 1945 when they met. They were separated last year for 11 days when they both contracted the COVID-19 virus and were isolated from each other.

Bill Tranbarger kisses his wife, Christine, as they celebrate their 75th wedding anniversary.

ANDERSON — Bill and Christine Tranbarger recently celebrated their 75th wedding anniversary and for most that time the couple have been inseparable.

That all changed for the couple residing at Bethany Pointe when both Bill and Christine contracted the COVID-19 virus.

They were separated for 11 days and it was the first time the couple were apart since 2014 for almost a month.

“We were apart for a couple of weeks,” Christine said. “That’s the longest we were separated.”

Bill said of course they missed each other and they didn’t like being alone.

Christine said she saw Bill every day since 1945 when the couple first met.

Family members visited the couple through the windows at Bethany Pointe.

The Tranbargers were married in Elwood in 1946 and both are now 93 years old.

During a Monday interview both didn’t remember much about the separation in 2020 except for the fact that they missed each other.

Christine was born in Arkansas and moved to Elwood when she was 10 years-old and met Bill while both were in high school.

She explained that one day while in high school she missed the bus to her rural Madison County home.

“I said I missed my school bus and had to walk home 10 miles,” Christine said. “Bill told her she wasn’t walking home and drove her in a 1932 Plymouth.”

Christine said she wouldn’t call it love at first sight but Bill was kind and thoughtful.

“I didn’t think about that much,” Bill laughed. “But I started seeing her every day.”

Christine said Bill kept coming back to her rural Madison County home on a daily basis.

“He wouldn’t stay away,” she said.

Bill said they were both young and didn’t know any better.

He worked on a farm and eventually worked at Delco Remy for 55 years and moved to Anderson to be closer to the job in the factory.

The couple had a daughter who died in a car accident and son Steve and daughter Sandi Hunt.

“I got a jewel,” Bill said of the secret to 75 years of marriage. “Why would I give up a jewel, she’s a sweetheart.”

“He has a very good disposition,” she said.

Bill served as a pastor for two years at the Southside Tabernacle in Elwood before going to work for Delco.

Steve said it has been fascinating to watch the interaction over the years between his parents.

“It has been interesting,” he said.