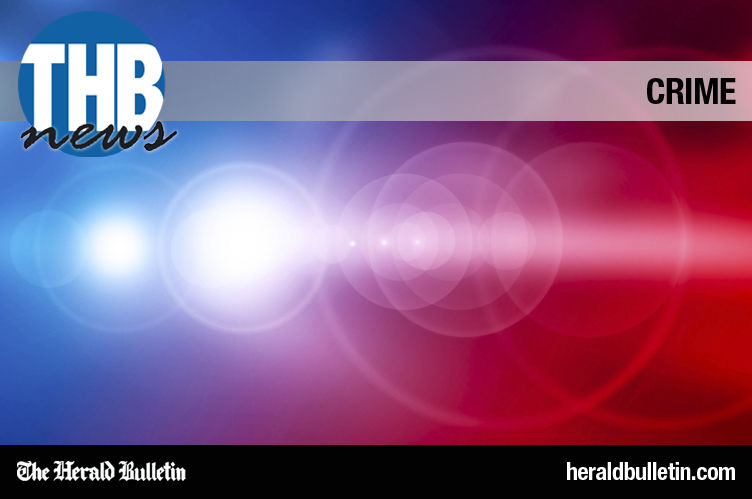 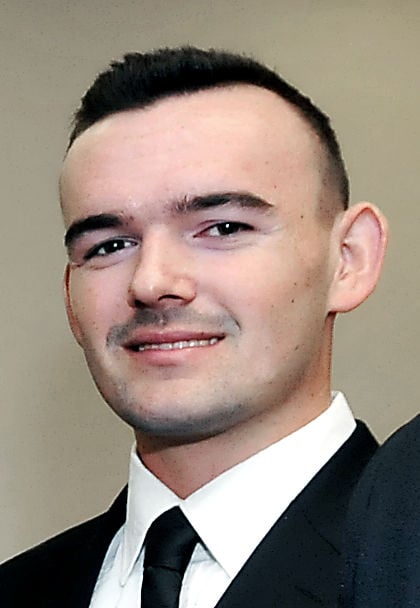 ANDERSON — Anderson Police Officer Adam Watters, the son of Police Chief Tony Watters, was arrested Friday on several felony and misdemeanor charges for an alleged attack on a girlfriend.

Madison County Sheriff Scott Mellinger confirmed Adam Watters had been arrested and was in custody at the state police's Pendleton post Friday afternoon.

The incident took place early Friday morning at the home of Adam Watters' girlfriend on Saddle Lane, according to Madison County Prosecutor Rodney Cummings. State police confirmed the incident happened between 3 and 4 a.m.

Watters is facing Level 6 felony charges of residential entry, official misconduct, strangulation, criminal confinement and misdemeanor charges of battery, intimidation and inference with the reporting of a crime.

If convicted of the felony charges Watters faces a possible sentence of six months to 30 months on each count.

Chief Watters declined to comment when contacted by The Herald Bulletin on Friday.

Anderson Mayor Thomas Broderick Jr. said Adam Watters has been placed on unpaid administrative leave. He said the Anderson Board of Public Safety must ratify the action and that could take place at a meeting next week.

“The Safety Board has the authority to take administrative action,” Broderick said. “They could decide to place him on administrative leave with or without pay.”

Watters can request a hearing within five days after the decision by the Safety Board. That would have to take place within 30 days unless both sides agree to an extension.

Broderick said a decision on Watters' status with the Anderson Police Department would be up to the Safety Board.

He said there are provisions in the Fraternal Order of Police contract that dictates how far back in time the Safety Board can consider any prior disciplinary action.

Assistant Chief Jake Brown will oversee an internal APD investigation; he made the recommendation to place Watters on administrative leave without pay.

Sgt. John Bowling with ISP said the agency was asked to investigate the incident by APD. The ISP investigation is ongoing and additional charges could be filed.

Watters reportedly entered the home of a female acquaintance between 3 a.m. and 4 a.m. He allegedly entered the house without permission and battered the female inside the residence. Watters than fled when police were called.

"He’s accused of coming to his girlfriend's home, forcing his way into the residence, assaulting her, putting his hands around her neck and confining her," Cummings told Fox 59 in Indianapolis. "The victim's grandfather came into the house and broke up the incident and he left."

In May 2018 Watters, then a probationary status officer with APD, was suspended for entering a bar with a person under the age of 21.

Watters was suspended without pay and was ordered to undergo counseling.

“The factual basis for such disciplinary action was determined to be that Adam Watters entered a business premises that serves alcohol accompanied by an individual known by him to be under the age of 21, and was in the company of such individual while that individual consumed alcohol upon the premises,” City Attorney Tim Lanane said in a written statement at the time.

The under-aged person was Watters' sister and the business was located in Pendleton.

The day's suspension without pay was given because it was determined to be a rules violation and was Watters' first violation.

Watters was first observed exiting northbound Interstate 69 at a high rate of speed by Girt.

“After seeing the driver was an APD officer, Trooper Girt exercised officer discretion and, rather than writing a ticket, chose to summon an APD supervisor to the scene to turn the matter over to their department for their review,” Bowling wrote in an email statement.

The APD supervisor who reported to the scene was Sgt. John Baysinger.

“Girt then turned the situation over to the APD supervisor and his department,” Bowling wrote. “Officer Watters displayed no signs of impairment during the stop; therefore, Trooper Girt did not perform any sobriety tests.”