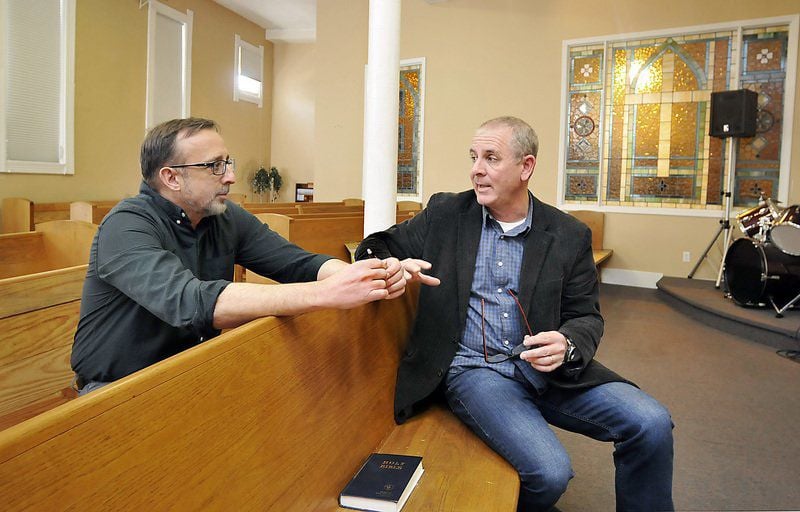 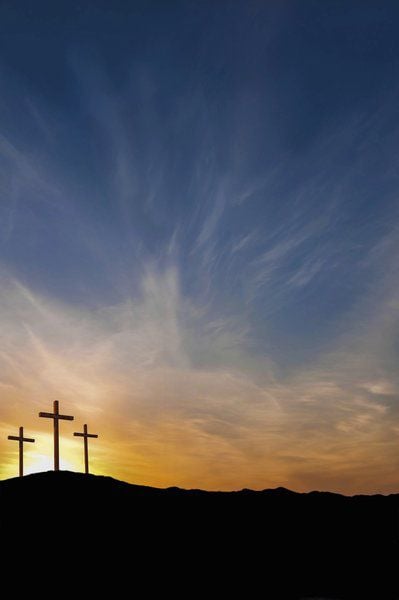 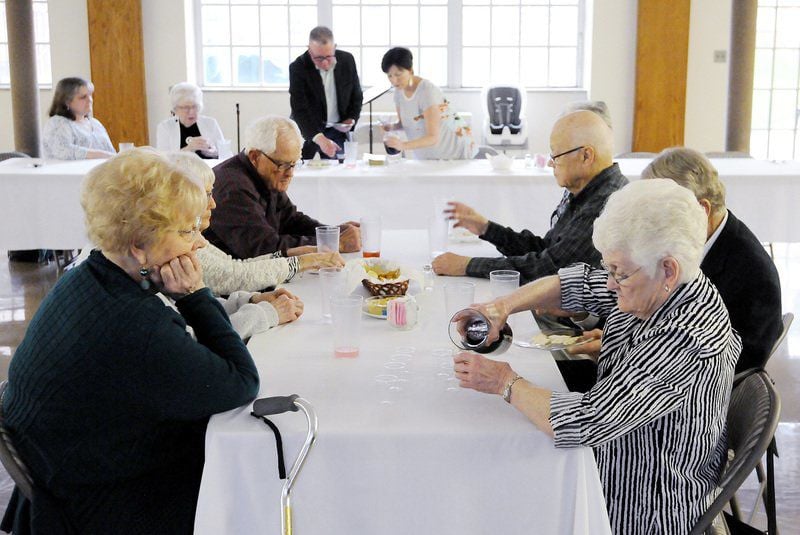 Don Knight | The Herald BulletinThe elements of communion are served after a meal during the Maundy Thursday service at Park Place Church of God. 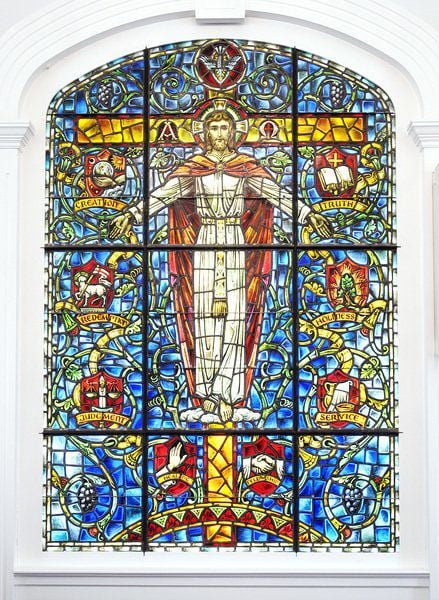 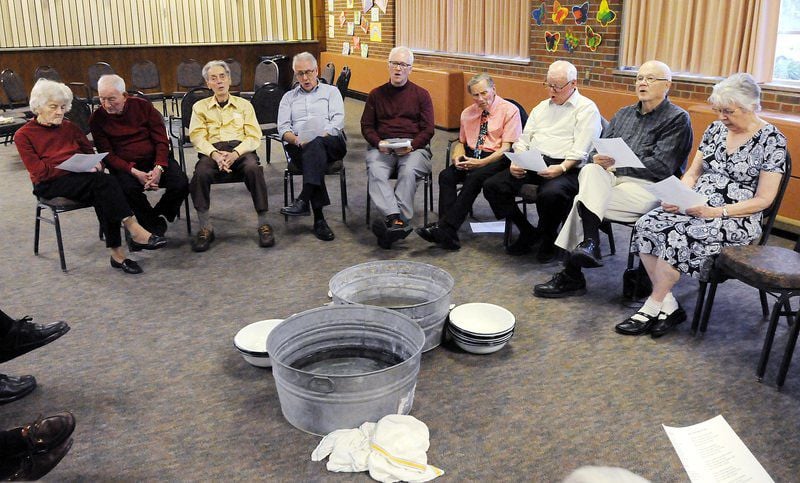 Don Knight | The Herald BulletinThe elements of communion are served after a meal during the Maundy Thursday service at Park Place Church of God.

“They’re both very Christian events,” the Alexandria resident said. “I don’t shop on Easter or Christmas. They’re both time to be with family.”

But like many Americans, Adams admits she tends to put more effort into the celebration of Christmas by buying gifts, decorating more and making more of an effort to spend time with family.

“Easter usually falls in tax season, and I don’t have time,” said Adams, who headed to Nashville, Tennessee, on Thursday to spend the holiday with her daughter.

Though many will proclaim “Jesus is the reason for the season” at Christmastime, some like the Rev. Jay Harvey of City Church would say Easter is the more important holiday because of the events that make possible the salvation of believers in spite of their sins. The competing views are part of an age-old discussion of the worldwide spiritual, cultural and commercial phenomena.

One reason for the perceived difference in the way we treat these holidays may be the ancient roots of the Christmas celebration, which by the Middle Ages became a raucous event, not unlike Mardi Gras.

In fact, the holiday caused such disturbances, the city of Boston outlawed Christmas celebrations from 1659 to 1681. Following rioting in New York in 1828, the city recast the holiday as a time for peace and family, leading to many of our current cultural attitudes about Christmas.

“People move heaven and earth to get home for Christmas,” Harvey said.

Christmas sometimes is characterized as a season, the religious period beginning with Advent at the beginning of December and the 12 days of Christmas from Christmas Day through Epiphany, the celebration of the arrival of the magi to see the baby Jesus.

Easter also has a season, starting with Ash Wednesday and continuing through Lent. And for some denominations, there is a week of introspection, starting with Palm Sunday, moving to Maundy Thursday and Good Friday and ending with Easter, or Resurrection Sunday, as some prefer to call it.

Harvey said he believes Christianity hinges on Jesus being the Messiah and raised from the dead. Because of that, in the early church, Easter was considered the more important of the holidays, and people often used that time for spiritual renewal through baptism.

“There’s a little more gravity to that than the Christmas story,” he said. “Even though we’ve tried to consumerize it up a little bit, it’s a dark story.”

Some churches also have moved away from Easter baptisms so attendees don’t have to sit in church so long and to accommodate additional services needed because more people show up than on a typical Sunday, Harvey said.

“A lot of churches today tend to think first about being consumer friendly,” he said.

The cultural difference between the holidays, Harvey said, is rooted in our perceptions of dark and light. Christmas, he said, is a holiday of light and joy, while Easter evokes the darkness of Jesus tomb and his battle with Satan.

“To get down to it, the birth of Christ is the beginning of hope, but Jesus is not a threat right then,” he said. “He hasn’t really confronted the threat of sin and humanity yet. I think people gravitate to that more than the Easter story. I think we’re drawn to the miraculous birth that the story is filled with wonder and the shepherds.”

“The Easter story, to get to the hope, you have to go through some pretty ugly things,” he said.

Whereas Christmas is a time for family, Harvey said, Easter is more of a time of self-evaluation. Sometimes, that’s painful, and sometimes, it’s a relief, he said.

“I think there is a fair amount of introspection going on. Those who come at Easter may be introspecting throughout the year,” he said.

To that end, Harvey said he believes people are more inclined to attend Easter services than they are Christmas services.

“I bet they think somewhere subconsciously it counts more,” he said.

Jay Harvey of City Church and Clinton Hunter of Restoration Fellowship Ministries are hosting a citywide Easter celebration at 10:30 a.m. Sunday at the Paramount Theatre Centre and Ballroom in Anderson.

“I think Anderson would do well to use this Easter as a time of renewal,” Harvey said.