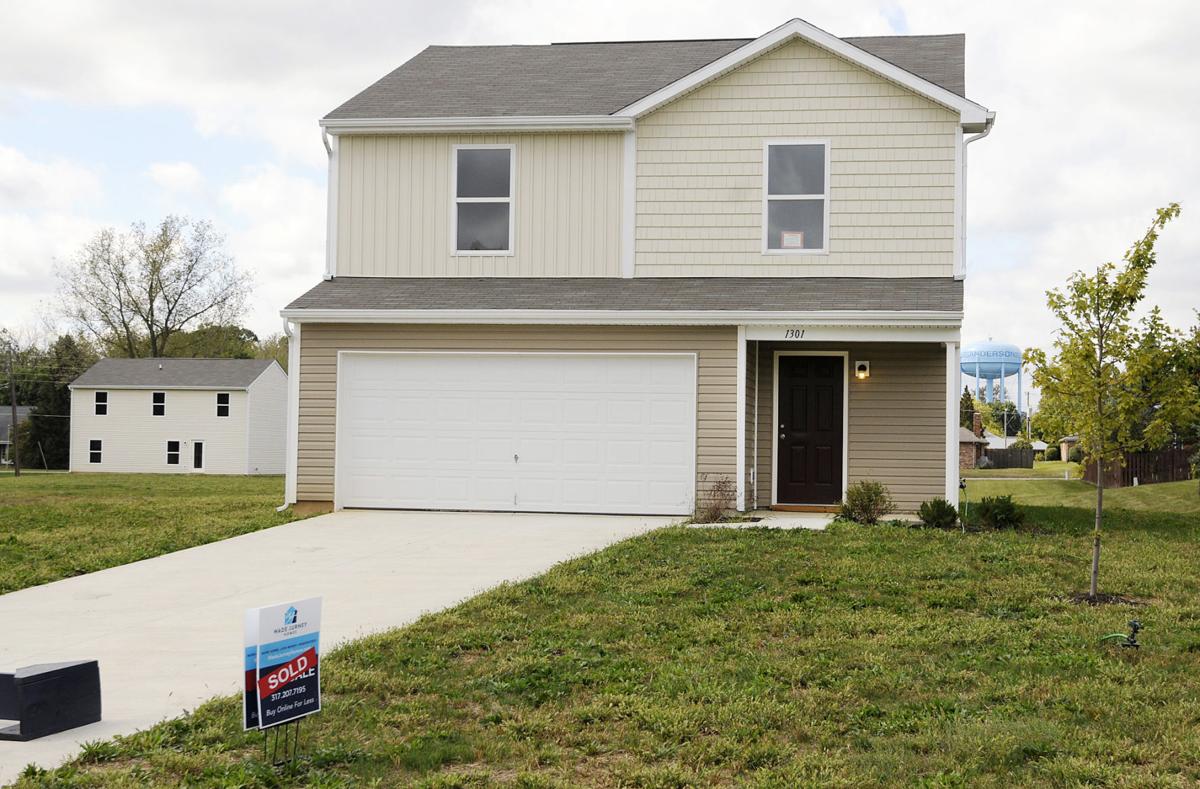 Several new homes built east along Rangeline Road last year have been sold. Signs of a robust local real estate market were cited by local officials as they contest Business Insider’s ranking of Anderson on a list of “most miserable places.” 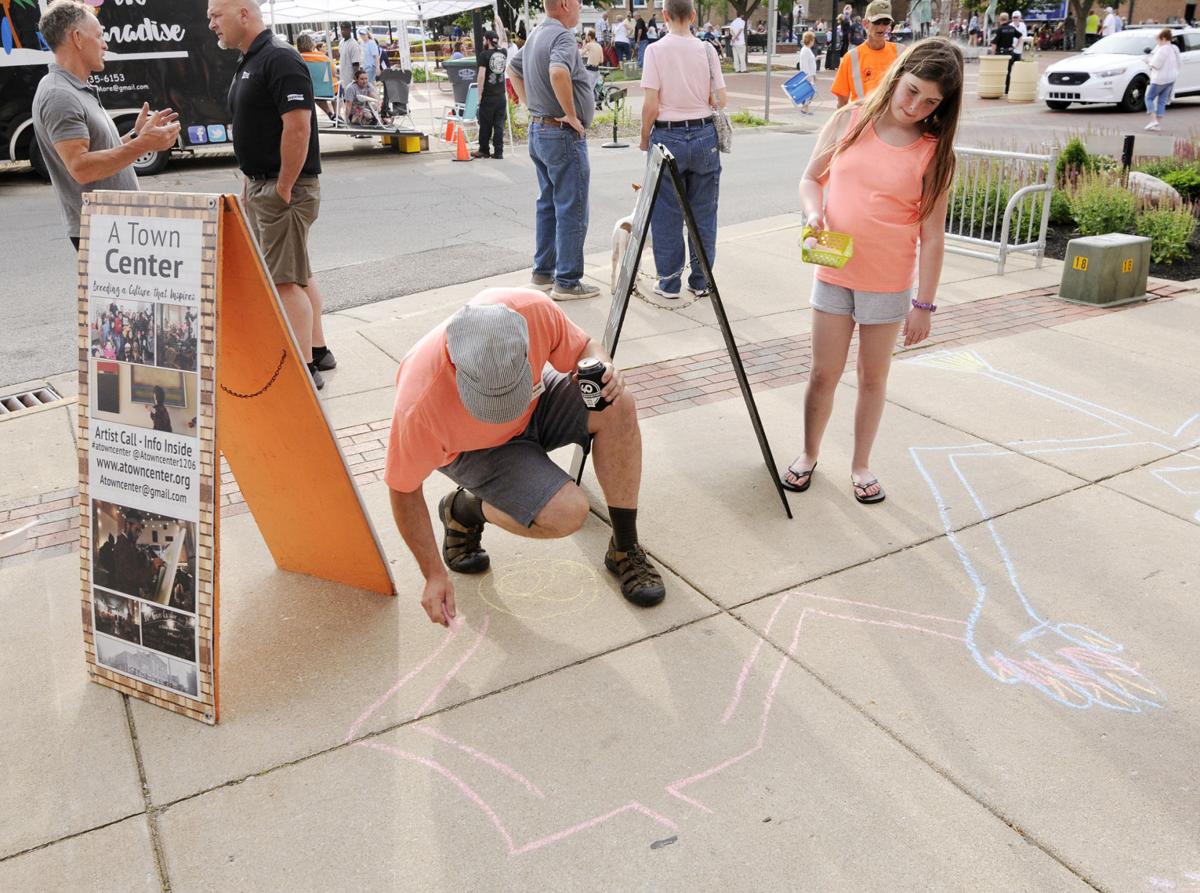 Levi Rinker draws on the sidewalk outside A Town Center on the first anniversary for First Friday downtown in this file photo from June. 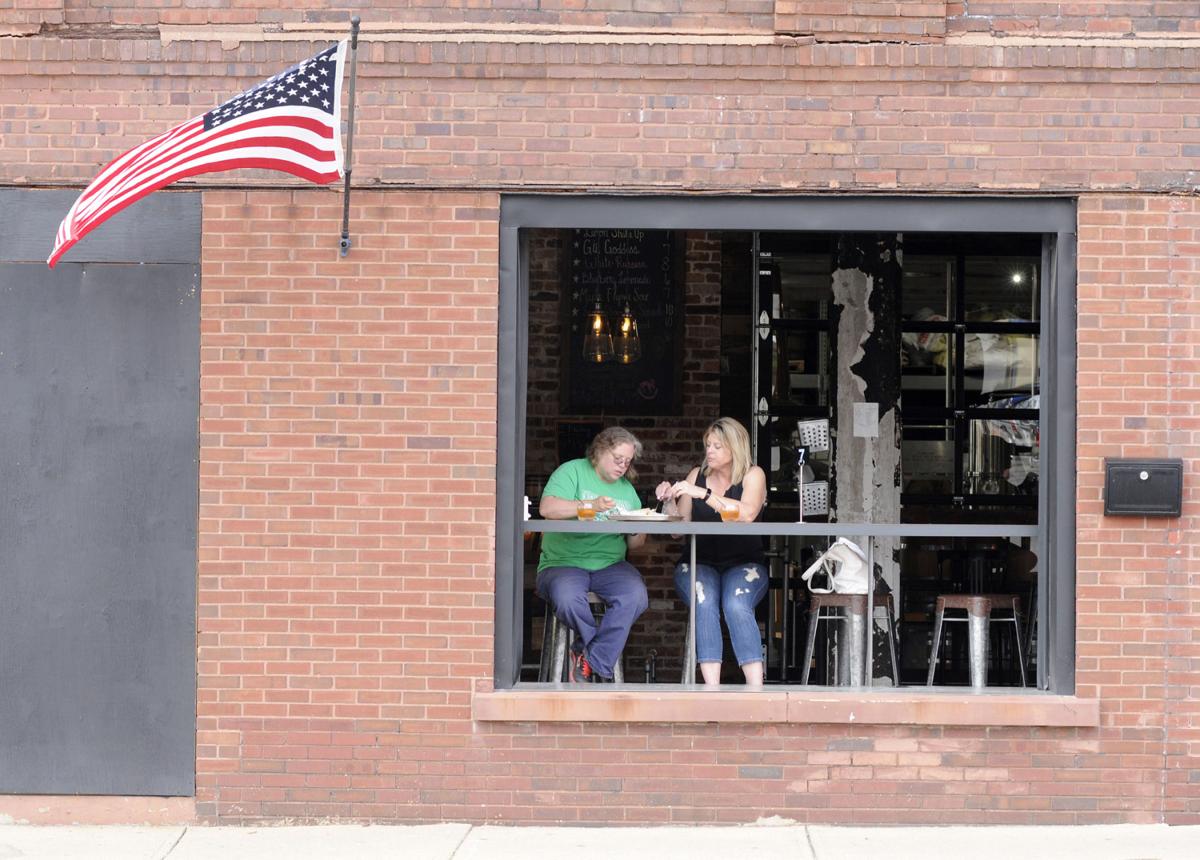 From left, Cynthia Spencer and Juliana Hughes eat dinner at Oakley Brothers downtown in this file photo from June.

Several new homes built east along Rangeline Road last year have been sold. Signs of a robust local real estate market were cited by local officials as they contest Business Insider’s ranking of Anderson on a list of “most miserable places.”

Levi Rinker draws on the sidewalk outside A Town Center on the first anniversary for First Friday downtown in this file photo from June.

From left, Cynthia Spencer and Juliana Hughes eat dinner at Oakley Brothers downtown in this file photo from June.

ANDERSON — City leaders and economic development officials are pushing back against a recent business website ranking that placed Anderson among the “most miserable places” to live in the country.

Business Insider published the list, which includes two other Indiana cities, last week. It ranked Anderson No. 35, describing it as a “once thriving GM city” before the automaker shuttered 24 factories and more than 20,000 people lost their jobs.

“When I began to look into it, I interpreted it to be clickbaiting to sell ads for their own website without any regard for responsible journalism,” Jamerson said of Business Insider’s list. “You don’t’ need to look any further than their own CEO and editor, who was banned for life from securities agency for law violations.”

Business Insider, a New York City-based financial news website, was sold four years ago by founder Henry Blodget, a former equity research analyst who left the financial services industry after agreeing to pay a $2 million fine in the wake of fraud allegations by the Securities and Exchange Commission.

Jamerson described herself as a lifelong resident by choice who has no regrets about calling Anderson her home.

“It’s easier for an outsider to come in and tear down our community,” Jamerson said. “I believe we need to always be looking for room for improvement but when they’re using subjective terms and metrics, I resent it.”

The rankings relied primarily on census data from 2010 and subsequent estimates, and considered unemployment rates, health care costs, commute times and the number of people living below the federal poverty line. But city officials took issue not only with the criteria used, but with the data itself, calling it outdated and not representative of the city’s current business and entertainment climate.

“The reality in (the ranking) is not our actual reality,” said Mayor Thomas Broderick Jr. “The reality is, we’ve torn down around 170 blighted properties in the last 3½ years. We’ve brought in several thousand jobs in the time period they’re talking about. Our wages have continued to grow. I think (the ranking) is a misstatement of reality.”

In disputing the city’s ranking, Anderson officials cited more than $2 billion in private investments in the last decade that has helped create more than 6,000 new jobs in the industrial sector.

“For a post-industrial city that lost close to 25,000 jobs over 25 years, I think the rebound has been remarkable,” said Greg Winkler, executive director of the Anderson Economic Development Department.

The city’s housing market has also bounced back over the last several years. Winkler said there are less than 150 houses on the market within city limits, down from an average of 1,200 to 1,400 per month during the Great Recession. Tax revenues based on assessed property values in the city have risen steadily since 2014, from $9.3 million that year to a projected $11.7 million in 2020, according to figures from the city’s Economic Development Department.

“There’s no question Anderson had a hole to climb out of,” Broderick said, “but we’ve been successful with that and we’re going to continue to be successful.”

A key to that success has been the city’s ability to attract more diverse businesses across a wider variety of industries.

“You can see the re-diversification of the industry base here,” said Levi Rinker, the art director and co-founder of A-Town Center, a community center that provides downtown studio space to artists and hosts a variety of after-hours events. “You’re seeing a growing retail market which we’re proud to be a part of.”

Despite the progress city officials can point to both anecdotally and with concrete data, they recognize that negative perceptions can be difficult to dispel.

“There are some difficult stereotypes to overcome,” Broderick admitted. “GM leaving was a reality, but it’s also a reality that we’ve brought back several thousand jobs. Cities in general are always difficult to run. It’s serious business, but you continue to work on those challenges as they come forward and make sure the public sees the positive things happening.”

Rinker and others expressed doubt that the authors of the ranking have actually set foot in the city.

“We’re looking forward to disproving this data with the next census,” Rinker said. “We see the change happening. I’d invite anyone out on a First Friday (art walk) or to come down and see a show either at the Paramount or at Mainstage. Trust me, no one has a miserable face.”

Most residents interviewed don't seem to share the perception that Anderson is among the "most miserable" cities in the country.