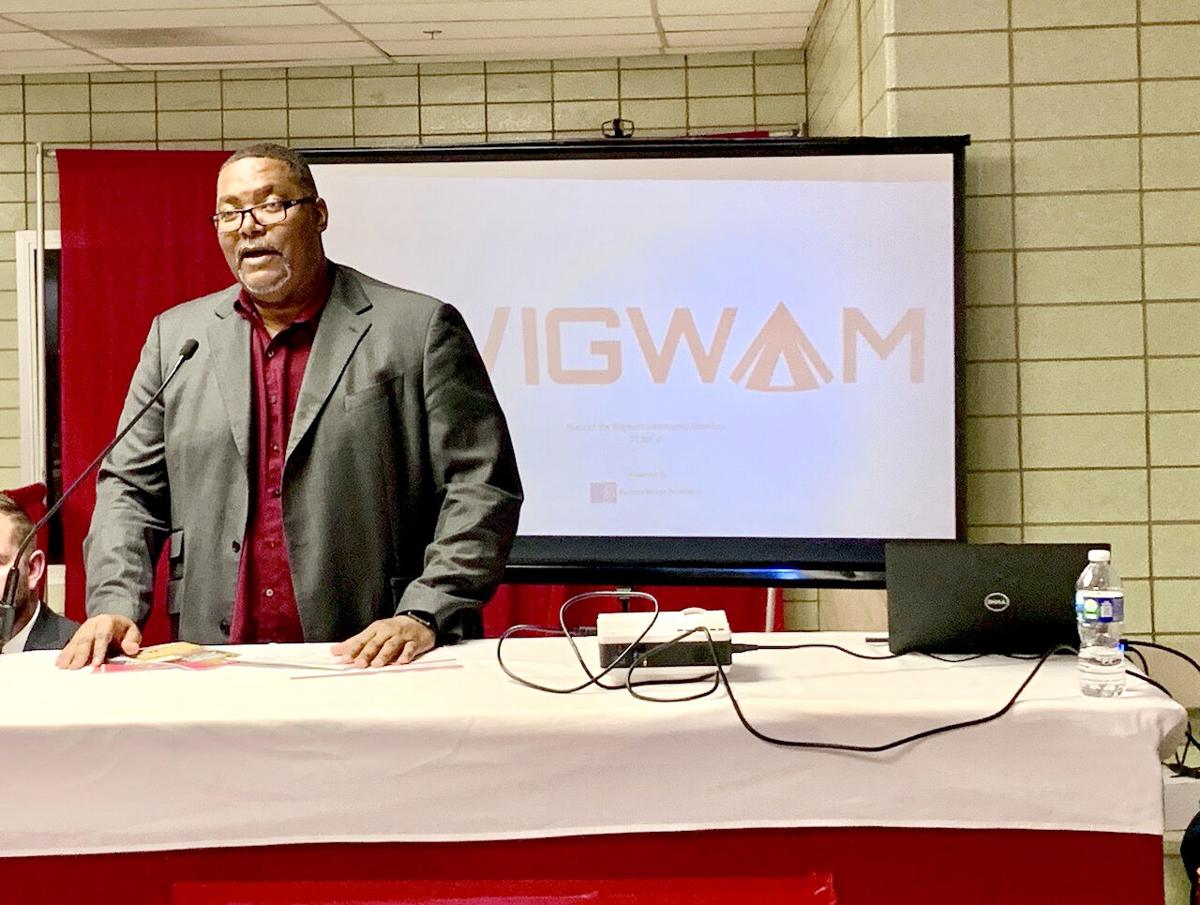 Gary Hobbs, president and CEO of BWI Contractors, speaks at the Wigwam Community Breakfast on Friday. 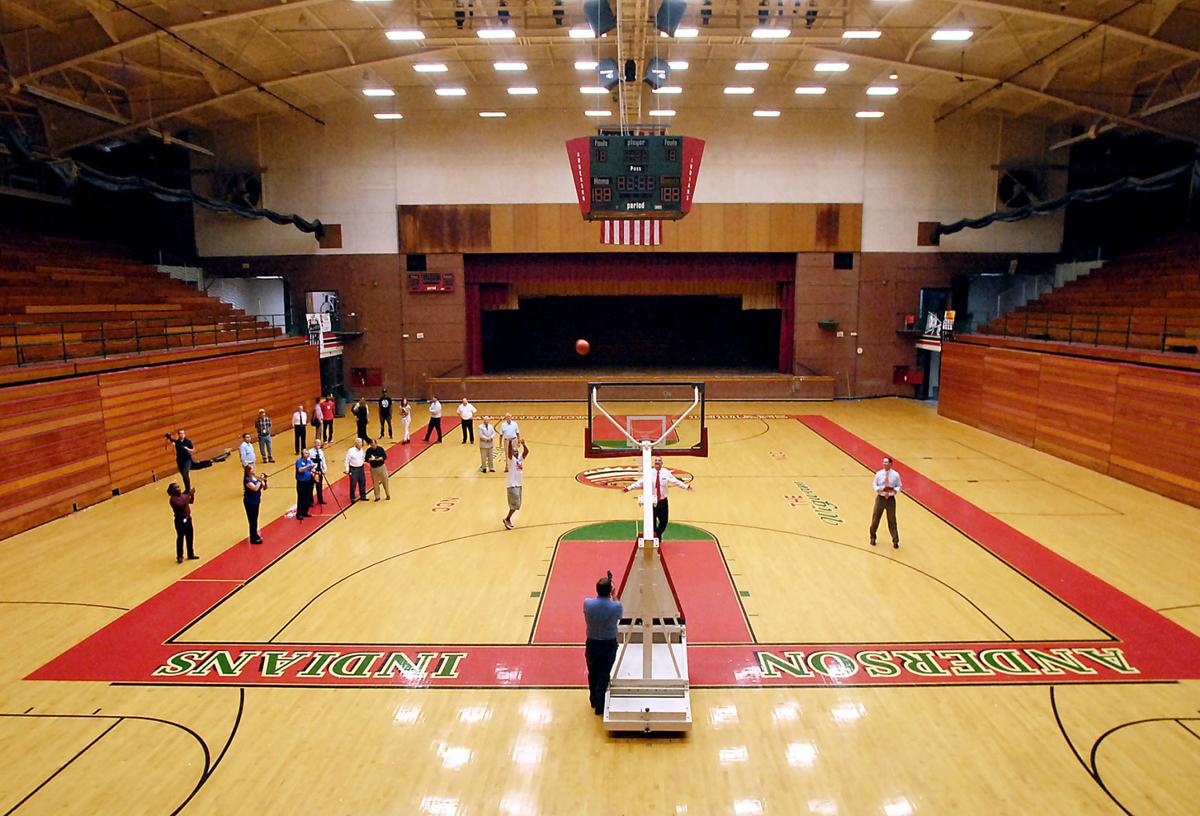 Anderson Community Schools will be able to use the facility up to 13 times during an academic year for a variety of events, including basketball games, volleyball matches and graduation ceremonies, Wigwam Complex operations manager Aaron Sembly said during a project update Friday.

Gary Hobbs, president and CEO of BWI Contractors, speaks at the Wigwam Community Breakfast on Friday.

Anderson Community Schools will be able to use the facility up to 13 times during an academic year for a variety of events, including basketball games, volleyball matches and graduation ceremonies, Wigwam Complex operations manager Aaron Sembly said during a project update Friday.

ANDERSON — A Wigwam revitalized as a mixed-use development featuring a community arts center, basketball arena and restaurants will anchor the city’s near west side and be central to its rebirth, project managers told an audience of business representatives and dignitaries Friday morning.

Officials with BWI Contractors, the lead company on the project, provided details of the first phase of renovations to the interior of the Wigwam, which is scheduled to begin in September or October. Planned improvements include a 900-seat auditorium to accommodate an arts center that would also house a creative maker space. Old studio space, along with the former choir and band rooms, will be converted into a music area that bands could use before and after concerts in the arena.

“We want to start hosting events in the lower bowl (in the fall),” said Aaron Sembly, operations manager at the Wigwam Complex. “From that point, November, December, January, we will shut down to continue with different phases of the arena, opening back up in the latter part of the winter (or) early spring to continue hosting events.”

Sembly said Anderson Community Schools will be able to use the facility up to 13 times during an academic year for a variety of events, including basketball games, volleyball matches and graduation ceremonies.

The interior renovations continue an effort to transform the building and a former track adjacent to the property. Those projects include Sweet Galilee, a four-story structure housing 130 assisted living units for low-income seniors as well as programming in financial literacy training and estate and elder care planning. Construction is scheduled for completion in October. Adjacent to that, the Fieldhouse Apartments, a three-story, 44-unit building providing low-income housing to the homeless, opened in January 2019.

“We’re planning on building short-term, AirBnb apartment rentals above the school portion of the Wigwam,” Sembly said, “so when different individuals, different entities come and have their events, they’ll have the opportunity to stay within the facility.

“We’re excited,” he said. “We have a lot of different things coming on board. It’s a grand opportunity.”

BWI has overseen the Wigwam projects since becoming a co-owner of the building in 2014, after Wigwam Sports and Entertainment LLC unexpectedly failed to accept ownership of the complex. President and CEO Gary Hobbs said the company has since invested approximately $43.5 million in the property, with an additional $15 million to $20 million planned during the interior phases of construction.

“We believe this project will anchor a new Anderson in the heart of the city,” said Greg Winkler, executive director of the Anderson Economic Development Department.

In an effort to preserve the building’s storied past as one of the iconic high school basketball arenas in the state, part of its outer concourse will be transformed into a “Hall of Champions,” which will display trophies, awards and other memorabilia from past Anderson, Highland and Madison Heights basketball seasons.

“Along with updating the building structure, we will keep some historical portions of the Wigwam to keep that feel that some of the residents here in Anderson are used to,” Sembly said. “With the old and the young, we want everybody to have a part in this historical venue.”