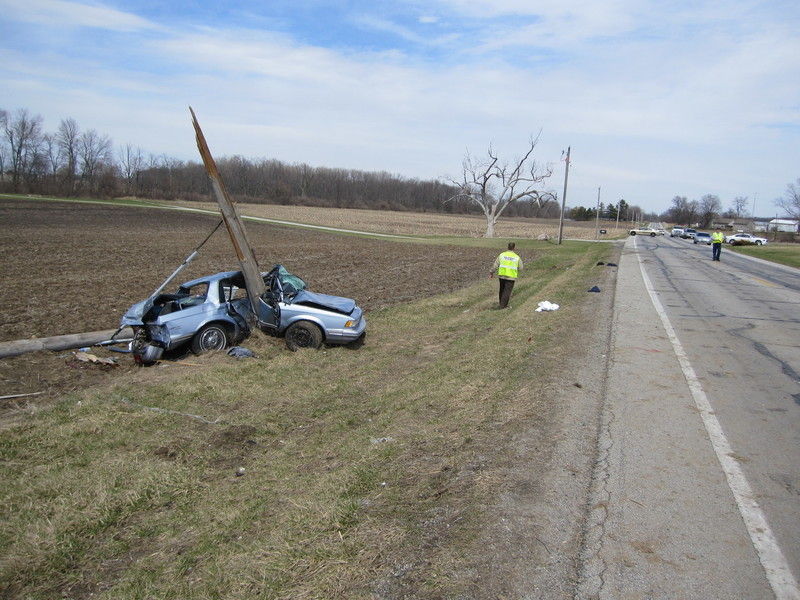 Members of the Madison County Sheriff Department's Accident Team examine the wreckage of a serious accident in the 7500 block of West Indiana 32 near Lapel on Sunday afternoon. 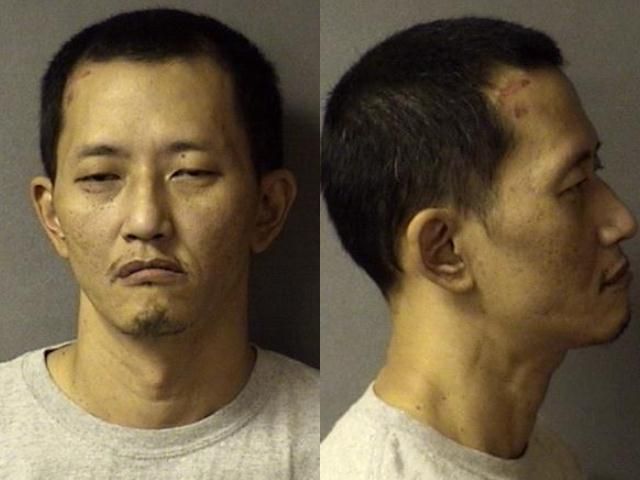 James D. Foutch, 41, an off-duty Edgewood police officer, was arrested in connection with a fatal accident on Indiana 32 near Lapel.

Members of the Madison County Sheriff Department's Accident Team examine the wreckage of a serious accident in the 7500 block of West Indiana 32 near Lapel on Sunday afternoon.

James D. Foutch, 41, an off-duty Edgewood police officer, was arrested in connection with a fatal accident on Indiana 32 near Lapel.

LAPEL — An Edgewood police officer faces felony charges in connection with a fatal  traffic accident between Lapel and Anderson on Sunday afternoon. A man was killed and his pregnant wife was airlifted to a hospital by medical helicopter.

The accident happened about 12:30 p.m. and involved two vehicles heading west in the 7500 block of West Indiana 32, according to a press release from Madison County Sheriff’s Department Maj. Brian Bell.

Investigators believe that a 1996 blue Buick Century driven by 22-year-old Rebecca Marie Sperry of Pendleton was struck from behind by a 2004 GMC Yukon SUV driven by 41-year-old James D. Foutch of Anderson.

According to the release and witnesses, the impact of the hit forced the Buick off the road and into a nearby utility pole. The force from the vehicle snapped the utility pole in half and brought power lines down onto the vehicle. Representatives from Duke Energy were called out to assist with the damaged lines.

Foutch is an officer with the Edgewood Police Department and was off-duty at the time of the accident. About 7:30 p.m. Sunday, Foutch was arrested and booked into the Madison County Jail in a warrantless arrest. He was held on $20,000 bond.

According to Bell, Foutch faces a charge of driving while intoxicated causing death, a Class B felony.

Investigators believe Foutch had prescription pills in his system, but neither Bell nor Madison County Sheriff Ron Richardson was able to elaborate on what substance was involved. Authorities have put a 72-hour hold on Foutch’s charges as investigators gather more information.

Wayne Pinkerton, who lives in a house right next to where the accident occurred, said he was working in his home when he heard the unmistakable sound of an accident outside. He rushed over to the crumpled vehicle and immediately tried to offer aid.

“It was pretty clear, immediately, that the man wasn’t going to make it,” Pinkerton said. “The woman was very pregnant, but she was awake and conscious and alert. I know they lifelined her out.”

A Stat-Flight medical helicopter transported Sperry to St. Vincent Indianapolis. According to the release, the woman had serious injuries. No information about the woman’s unborn child was available. A woman claiming to be a family friend of Sperry contacted The Herald Bulletin and said Sperry was nine months pregnant, and that Sunday was her due date. That information was confirmed by Richardson.

Foutch was not injured in the accident, but was taken to St. Vincent Hospital Anderson for a blood draw. A passenger in the SUV, 24-year-old Erica E. Manis of Anderson, complained of pain and was also transported to St. Vincent Anderson for treatment.

The tract of the road was closed to traffic for almost six hours on Sunday while teams investigated. Madison County Emergency Management announced at 4:30 p.m. that it had turned over control to Duke Energy, which required the road to be closed for about two more hours.