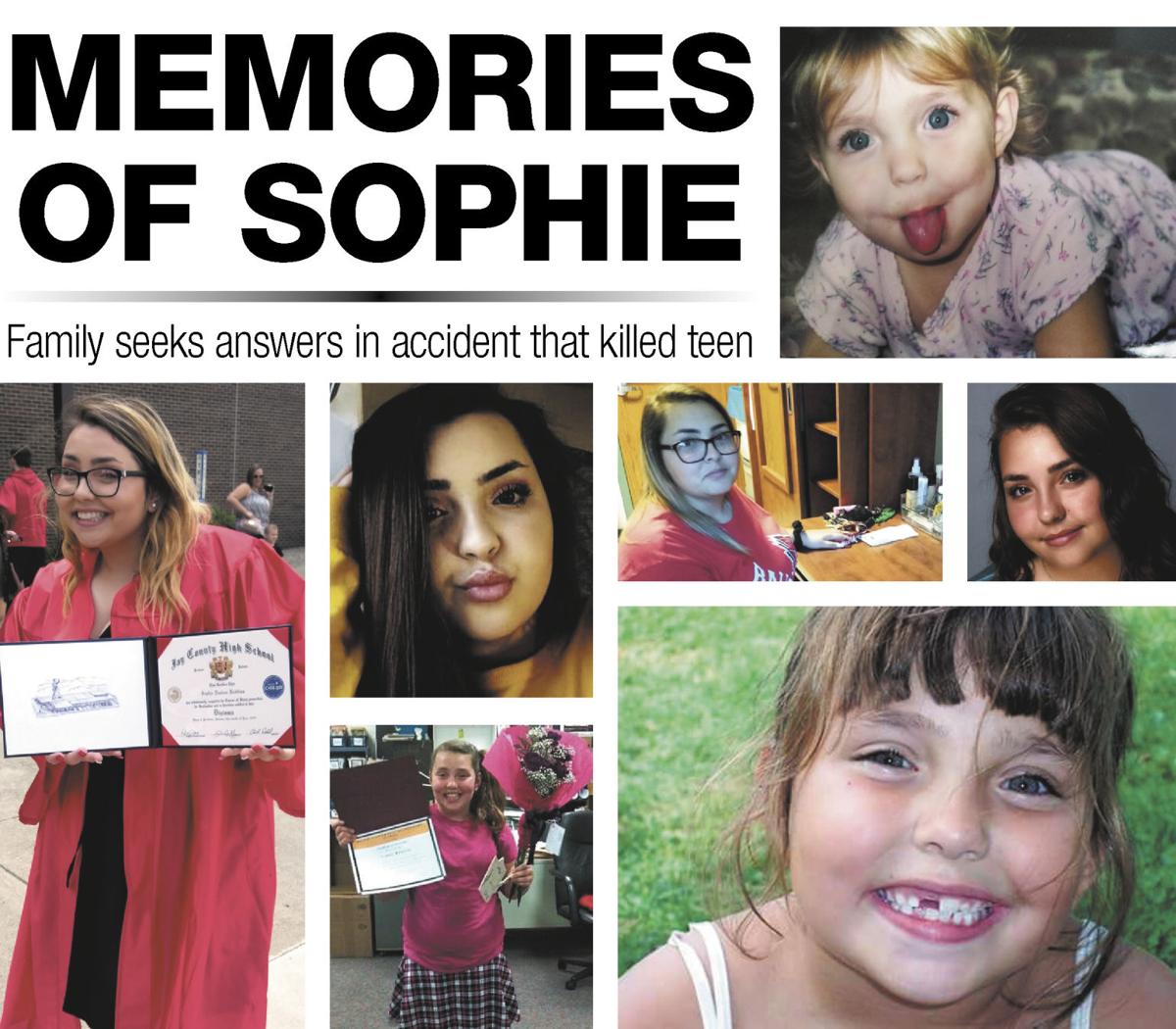 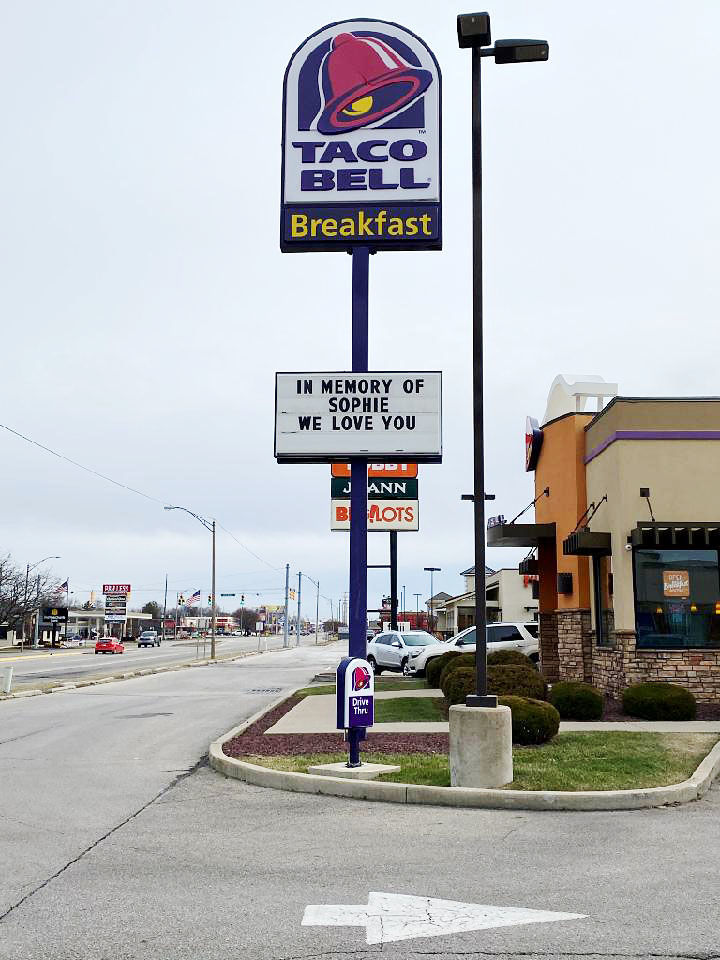 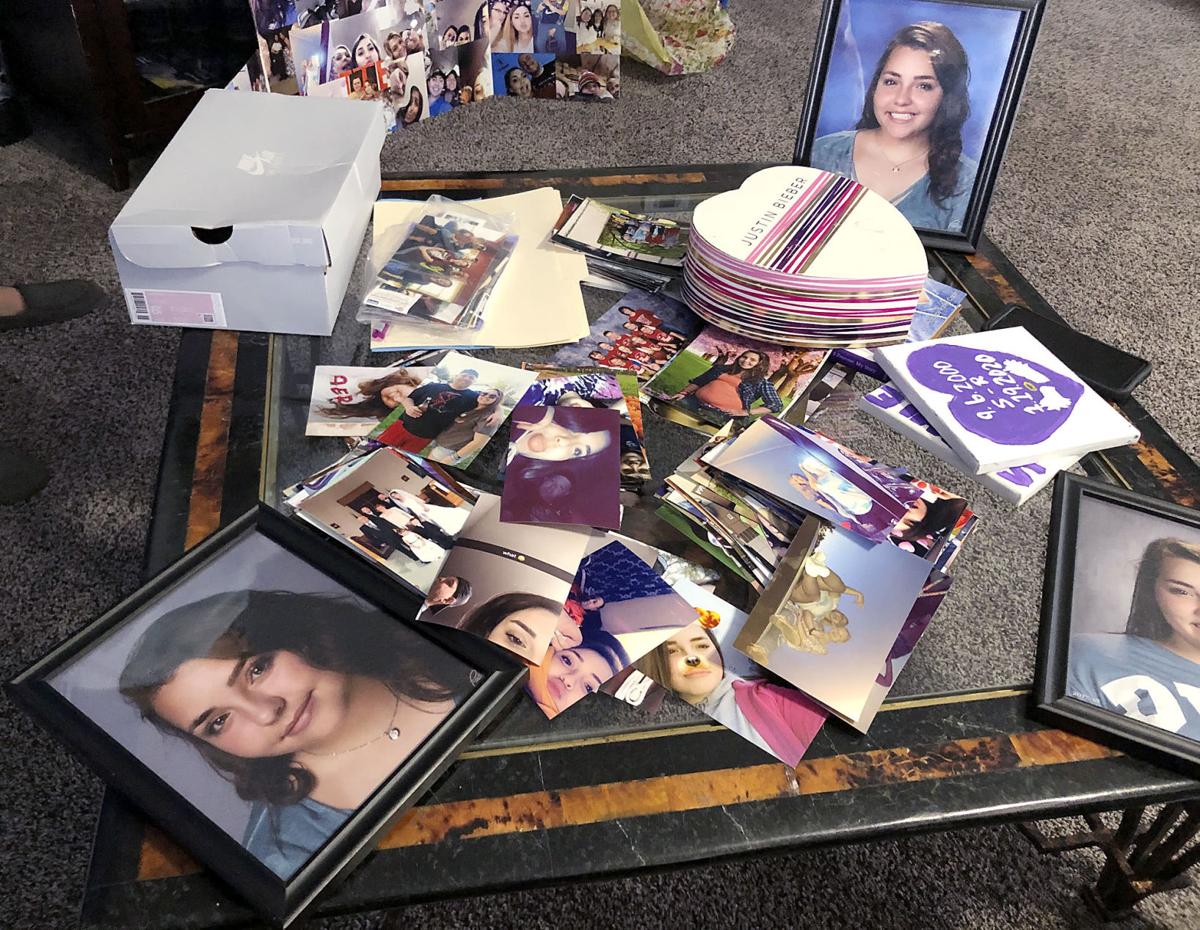 Some of the dozens of photos of Sophie Robbins that her family has were displayed as family members recently recalled the 19-year-old’s “big personality.” Her father, Jackie Robbins, remembers her as “the center of the party, center of the conversation, center of everything.” 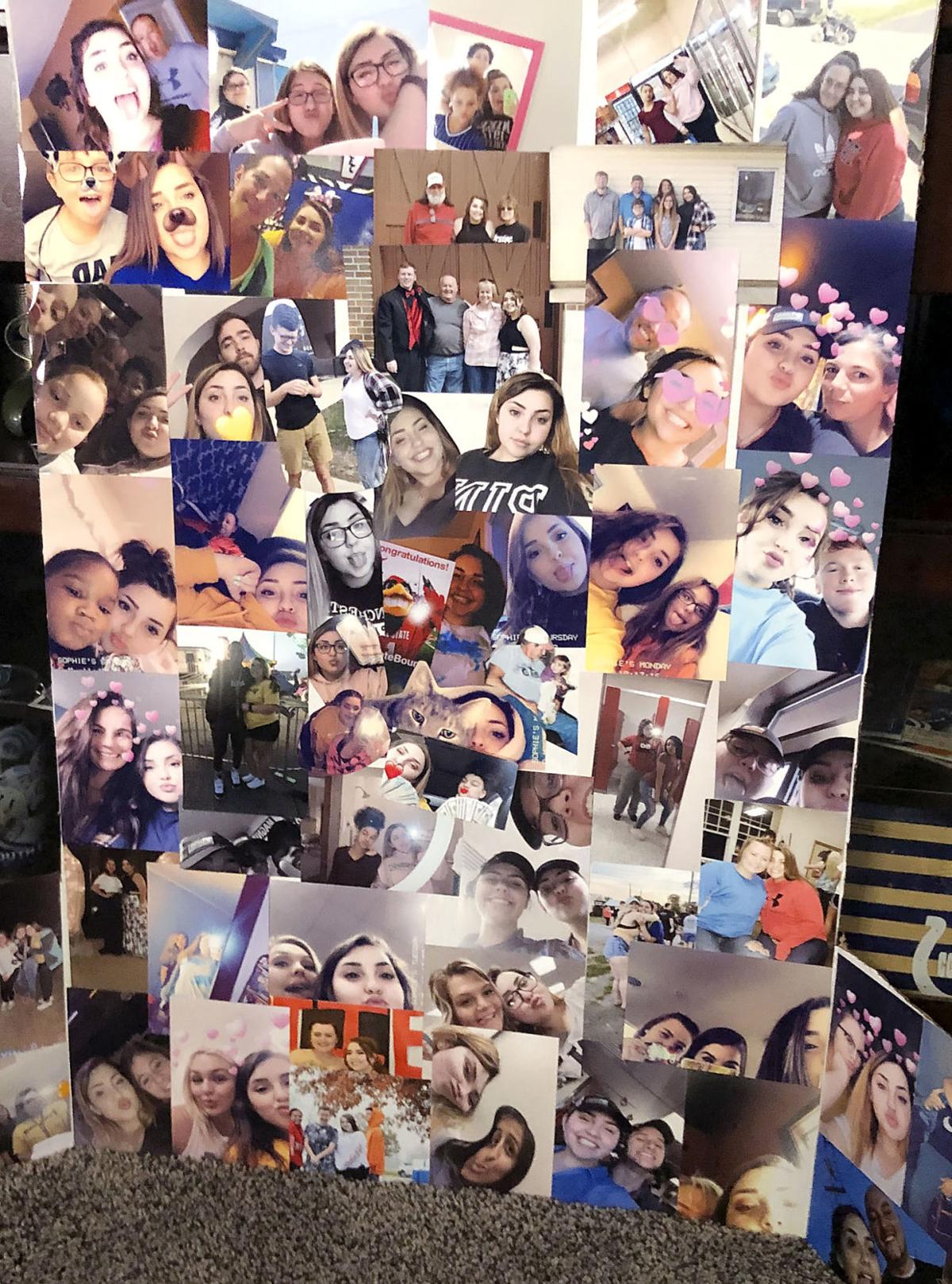 Sophie Robbins was attending Ball State University and planned to become a social worker. Robbins died in a crash in Anderson on Jan. 19.

Some of the dozens of photos of Sophie Robbins that her family has were displayed as family members recently recalled the 19-year-old’s “big personality.” Her father, Jackie Robbins, remembers her as “the center of the party, center of the conversation, center of everything.”

Sophie Robbins was attending Ball State University and planned to become a social worker. Robbins died in a crash in Anderson on Jan. 19.

DUNKIRK — Every surface in the family room where Sophie Robbins’ family members had gathered to share her story was covered with photos of the 19-year-old.

“We found thousands of photos in her dorm that she had printed out,” said her stepmother Wendy Robbins. “I’m glad she did it now.”

Sophie died in Anderson on Jan. 19.

Three Anderson teens were arrested following her death after law enforcement learned the teenagers had been chasing Sophie in their vehicle.

All three admitted they watched Sophie’s vehicle crash, but no one stopped to help her or call anyone for help. They then told police they came up with a plan to report their vehicle as stolen so they would not be connected to the accident.

The Madison County Sheriff’s Department said Sophie lost control of the SUV she was driving around 4:12 a.m. in the 2100 block of East County Road 200 South.

Her vehicle rolled and Sophie was ejected in the accident, dying at the scene.

Those who knew Sophie described her as vibrant, fiercely loyal and always smiling.

The freshman at Ball State, who was studying to be a social worker and working two jobs, split her spare time with her father in Dunkirk and her mother in Lafayette.

Hundreds of photos and online tributes to Sophie were posted after her death that show her engaging smile, videos of her laughing and living her life to the fullest.

“She had a big heart,” said Kenneth Craig, who is engaged to Sophie’s mother.

A video montage by Jay County High School’s "Jay Today," where Sophie anchored on the show, featured students talking about how she helped and supported them in their lives. Clips show Sophie behind the scenes giving someone a hug, as well as playful assignments on the show. The montage ends with a black screen with the message, “We love you, Sophie.”

The Taco Bell in Muncie where she worked posted, “In memory of Sophie, we love you,” on its business sign, and employees from stores as far away as Indianapolis worked at the restaurant so her co-workers could attend her funeral.

More than 450 people attended Sophie’s visitation, and there was standing room only for her funeral on Friday, said Wendy Robbins.

The family said that Sophie was always bringing people home and posting photos with friends online, but no one had heard the names of the people deputies said were in her vehicle on Jan. 19.

They were also not familiar with the teens arrested following her death.

A juvenile who was with the teens was also taken into custody following the accident for failure to report accident resulting in death, said Madison County Sheriff Scott Mellinger.

Wright, Lozano and Williams have all posted bond and were released from the Madison County Jail, according to court records.

Shortly after Lozano reported his vehicle stolen, he admitted the report was false while police questioned him. He then told police he and his friends were horsing around in their vehicles with Sophie prior to her death, according to court records.

Lozano said when they met up with Sophie, she swerved at them like she was going to hit their car, but he knew she was “just messing around” because it was a “typical horseplay” for all of them.

He told police both vehicles were racing across Anderson at high rates of speed throwing items at each other’s cars. He said Sophie had three people in her car, according to court records.

At some point, Lozano’s windshield was broken and Sophie and her friends disappeared briefly, court records state. Sophie had apparently dropped off the teens in her vehicle because the teens said they spotted her driving alone and began to chase her again before she lost control of her vehicle.

Jackie Robbins said authorities told him the teens were angry over the broken windshield and chasing his daughter before her death.

Wendy Robbins said she would rather believe Sophie’s last moments were those of her goofing off and having fun with friends, but the family believes she may have been running for her life.

Court records note that in addition to the broken windshield, there was other damage to Lozano’s car — including white paint transfer on the red car. No explanation is documented in the records regarding how the damage occurred with the exception of the broken windshield.

Jackie Robbins pointed out that Sophie’s vehicle was white and if the teenagers struck her vehicle while she was speeding it could have caused Sophie to lose control of her SUV.

Wendy Robbins said she spoke with Sophie around 11 p.m. that night and she was in her dorm at Ball State doing her laundry.

She never mentioned going to Anderson to her stepmother.

Wendy Robbins said after Sophie’s death she checked an app that tracks the family’s location through their phones and confirmed Sophie was in Muncie when she called.

She said the app also revealed that Sophie’s phone died at 4:03 a.m. — nine minutes before the accident.

The room where the family had gathered to talk fell silent.

“I don’t know if they were just trying to scare her or if they were going to do something to her,” said Jackie Robbins.

Some of the things the teens told police didn’t make sense and are out of character for his daughter, he said.

Jackie Robbins said he hopes anyone with video surveillance or information about what happened the morning his daughter died will come forward.

He also wants people to know what kind of person Sophie was and the lives she touched before her death.

“I want them to know how big of a personality she was, how friendly she was, how accepting she was of everyone,” said Jackie Robbins.“She didn’t know a stranger and she was everyone’s friend.

“There’s a lot of hurt people because she isn’t around anymore.”