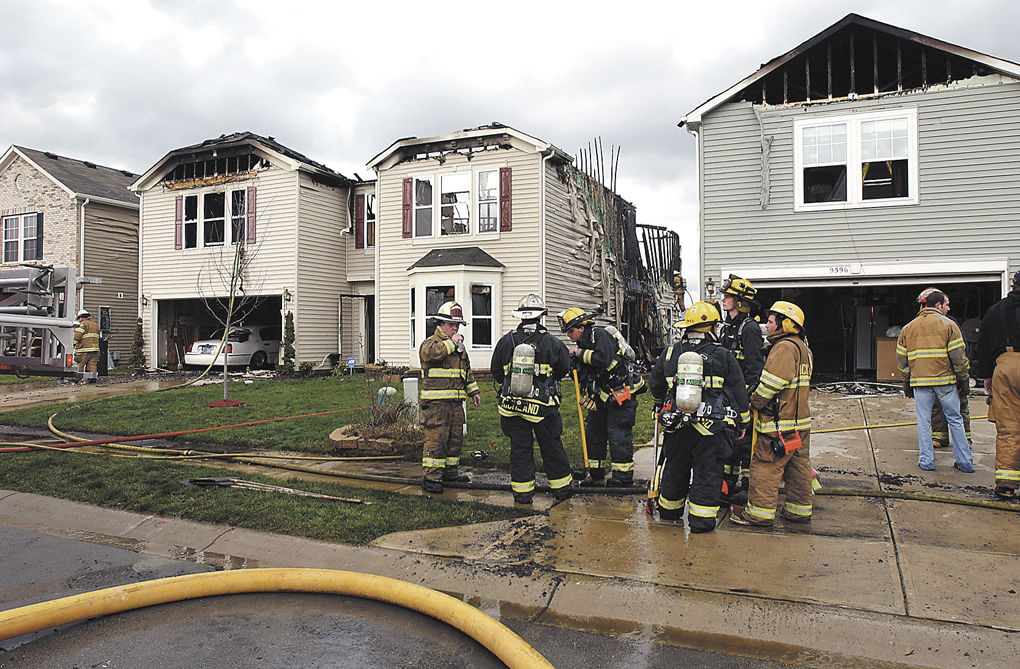 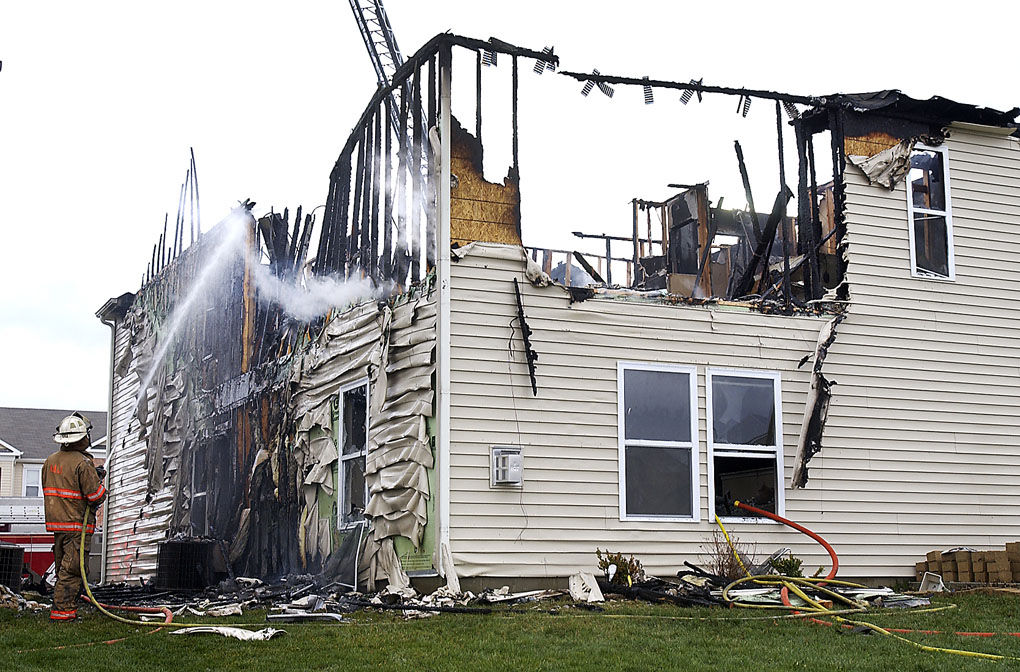 A firefighter knocks down hot spots from a house fire at 9622 Quarter Moon Dr. in Ingalls Monday afternoon. The fire spread to the adjacent houses and did considerable damage to each. 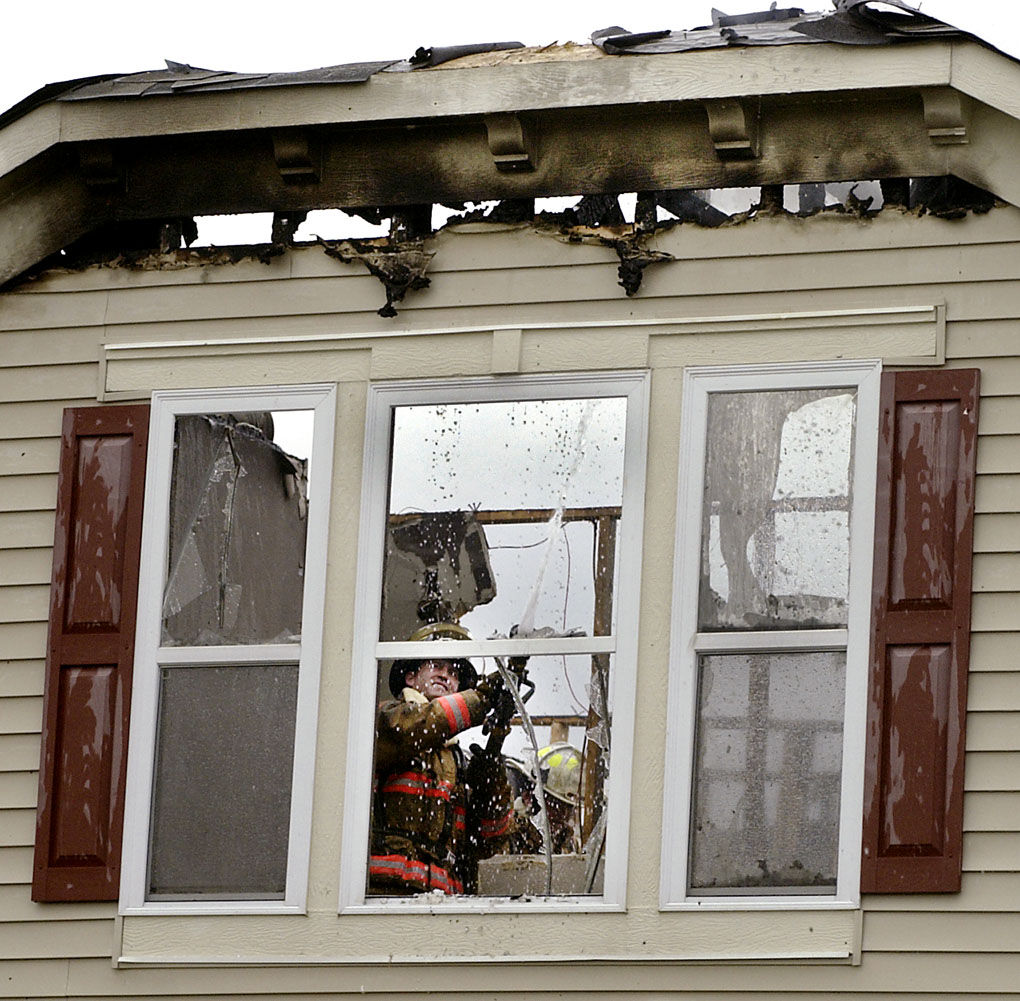 A firefighter knocks down hot spots from a house fire at 9622 Quarter Moon Dr. in Ingalls Monday afternoon. 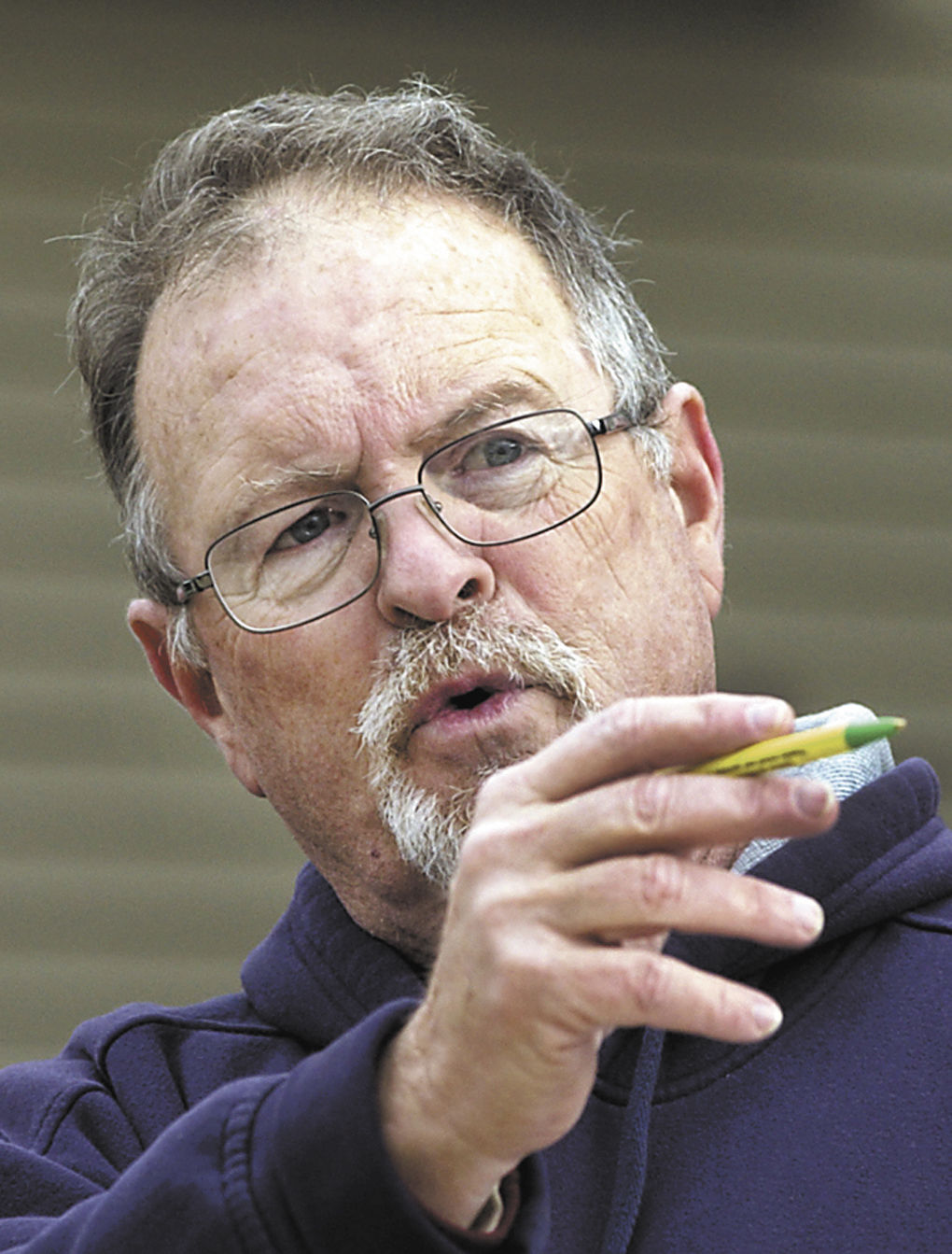 Fire damages three homes on Quarter Moon Drive in Summerlake addition near Pendleton. Rich Lotts, who lives just down the street from the fire scene, describes what he saw. 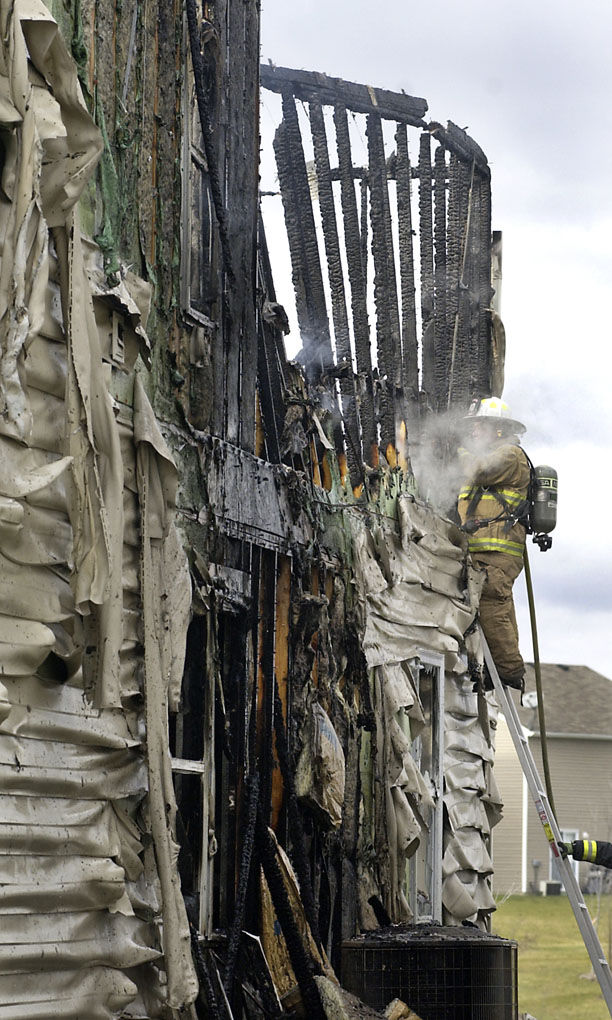 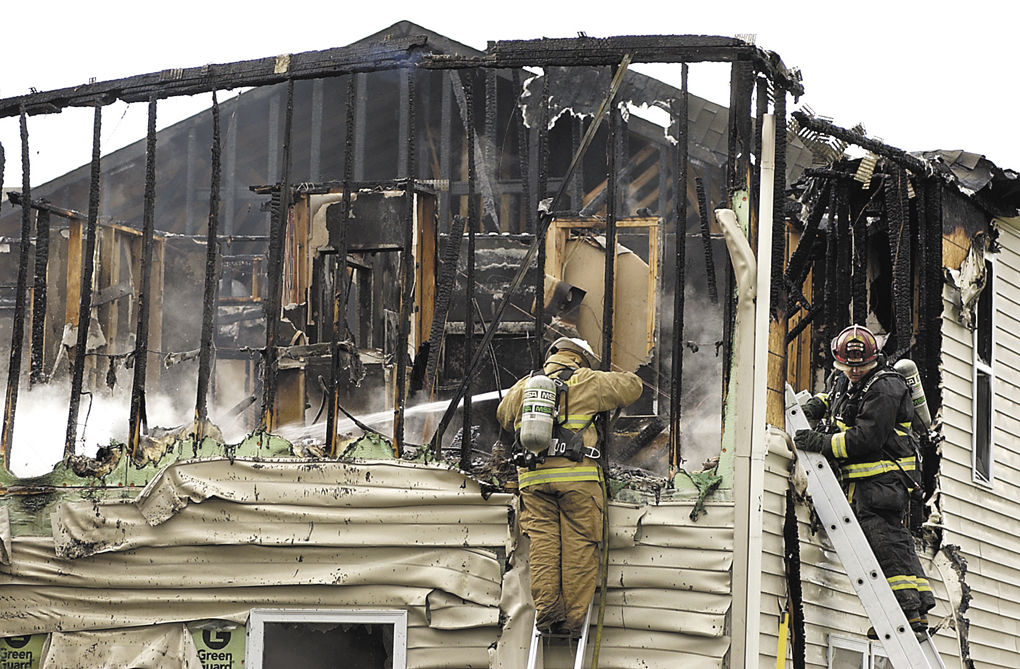 A firefighter knocks down hot spots from a house fire at 9622 Quarter Moon Dr. in Ingalls Monday afternoon. The fire spread to the adjacent houses and did considerable damage to each.

A firefighter knocks down hot spots from a house fire at 9622 Quarter Moon Dr. in Ingalls Monday afternoon.

Fire damages three homes on Quarter Moon Drive in Summerlake addition near Pendleton. Rich Lotts, who lives just down the street from the fire scene, describes what he saw.

PENDLETON, Ind. — An early afternoon fire that started in one Summerlake home quickly spread to adjacent houses, requiring more than two dozen firefighters to battle three fires simultaneously. No one was home in any of the three houses along Quarter Moon Drive in the Summerlake housing addition near Pendleton when the first fire erupted just before 1 p.m. Monday. Neighbors reported the fires and witness reports indicated that neighbors also rescued a dog from one of the homes and a cat from another. Although an investigation is ongoing, it appeared that the fire originated at 9622 Quarter Moon Drive and spread quickly to 9648 Quarter Moon Drive and 9596 Quarter Moon Drive, according to Pendleton Fire Chief Danny Gardner. A neighbor at the scene said he suspected arson. Rich Lotts said he was working in his home office Monday around 12:30 p.m. when he saw a slow-moving white vehicle stop in front of 9622 Quarter Moon Drive. He’d seen the vehicle before and thought it seemed suspicious. Lotts said he saw a woman leave the vehicle and approach the house and then quickly flee in the opposite direction in the vehicle. “It wasn’t five minutes later that my wife hollered up the stairs at me that a house was on fire,” Lotts said. He gave firefighters his statement at the scene, and said another neighbor who’d entered the house after the blaze started indicated that the fire appeared to have started in the dining room. Fire officials would not comment on details of the fire Monday evening and said the state fire marshal was still investigating the scene. Three families were displaced by the fires, but Chief Gardner could not be reached to identify the families by press time. At the scene of the fire, Gardner said the conditions were right for the fire to spread. “It’s all wood and vinyl siding. It’s windy today and (the fire is) hot and they’re so close together.” Standing little more than 20 feet from one another, the three houses were nearly gutted by the flames. Adams Township Fire Chief Craig Bowyer said the lightweight construction of the buildings was a concern for firefighters entering the unstable, scorched structures. “The fact that they are still standing is a huge plus for us.” Summerlake resident Don Rosenow, who lives about a block from the site of the fire, said he heard the fire sirens blare outside his home. Stepping outside, Rosenow said he saw flames stretching high above the neighborhood. Resident Serena East said she felt the heat from the blaze nearly one block away. Shelby East watched as the fire at 9622 Quarter Moon Drive first spread to the home to the west but wind direction changed and the fire spread to the one on the east side. A fourth house experienced melted siding, but was spared from further damage. “It came very close to taking that other house,” Shelby East recounted. Rosenow said the fire re-enforced a fear he has as a homeowner in the Summerlake addition. The houses, tightly lined along the winding roads of the subdivision near Interstate 69 and Indiana 13, are spaced closely together, he said. “Physically, they’re so close together and it’s easy to understand, especially on a windy day, how they could spread.” Spacing isn’t Rosenow’s only concern. “A lot of the materials they use today make it even more dangerous, a lot of plastic siding.” Representatives from the Summerlake Housing office were not available Monday. By 5 p.m. Monday, firefighters remained at the site, using axes and long, hooked poles to pull at wood paneling and furniture, checking for “hot spots” that could rekindle the three fires. The American Red Cross was asked to assist families displaced by the fires. Firefighters from Fishers, Adams Township, Richland Township, Noblesville, Ingalls, Pendleton and Fortville fire departments responded along with numerous emergency medical personnel on hand in case a firefighter was injured. Though the fires were all related to one original flame, Gardner said his department had to call in mutual aid and treat the scene as three different structure fires. He was pleased with the response from area fire departments. “For three houses, it went pretty smoothly.” The cause of the fire remains under investigation. Contact Brandi Watters: 640-4847, brandi.watters@heraldbulletin.com