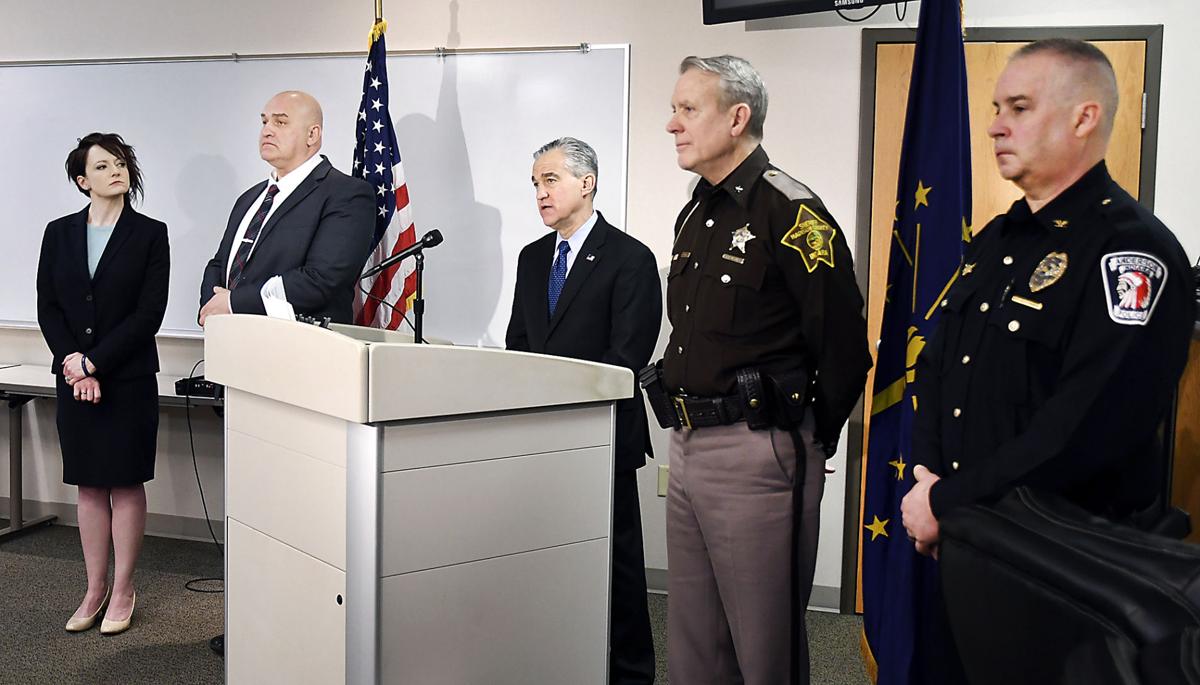 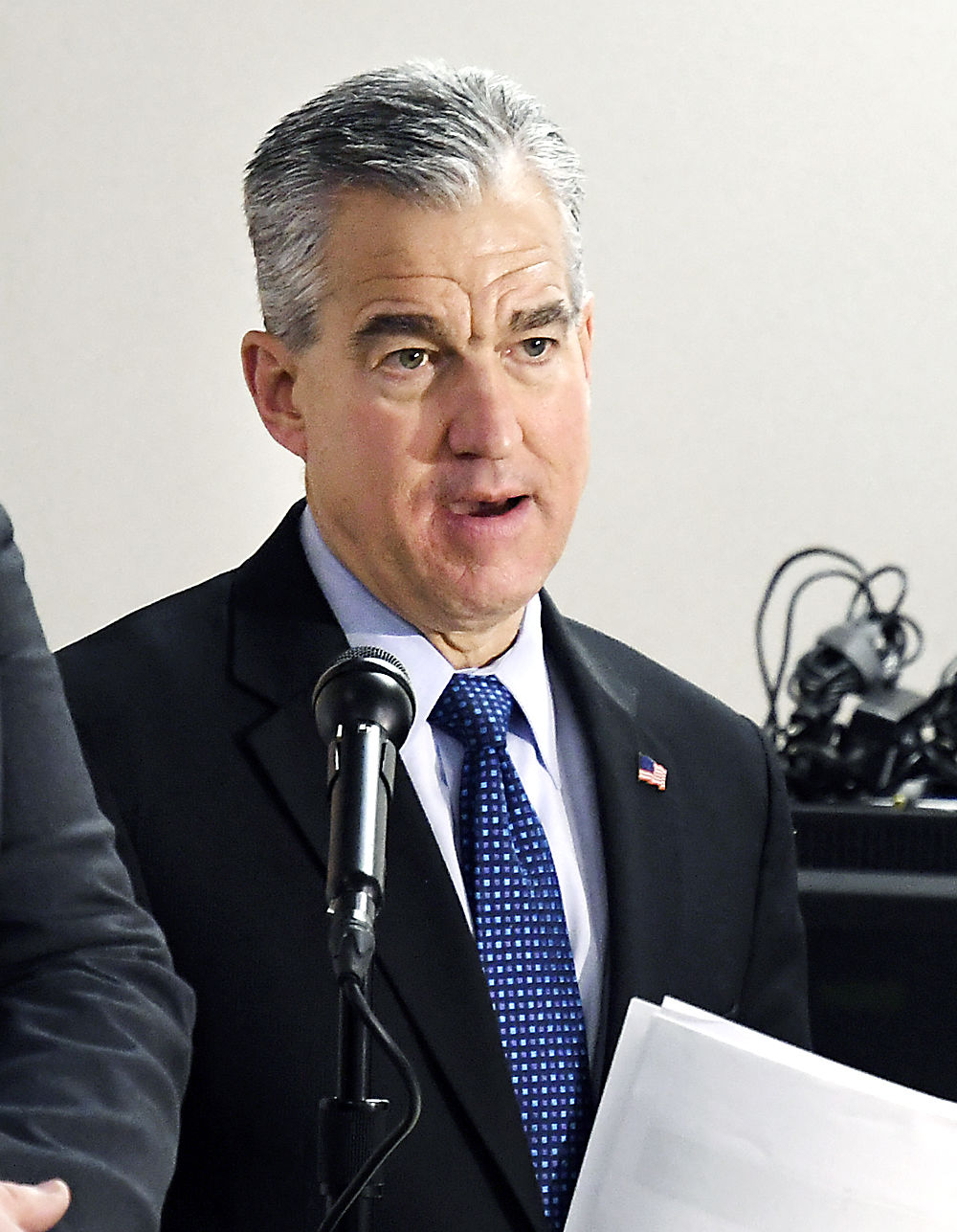 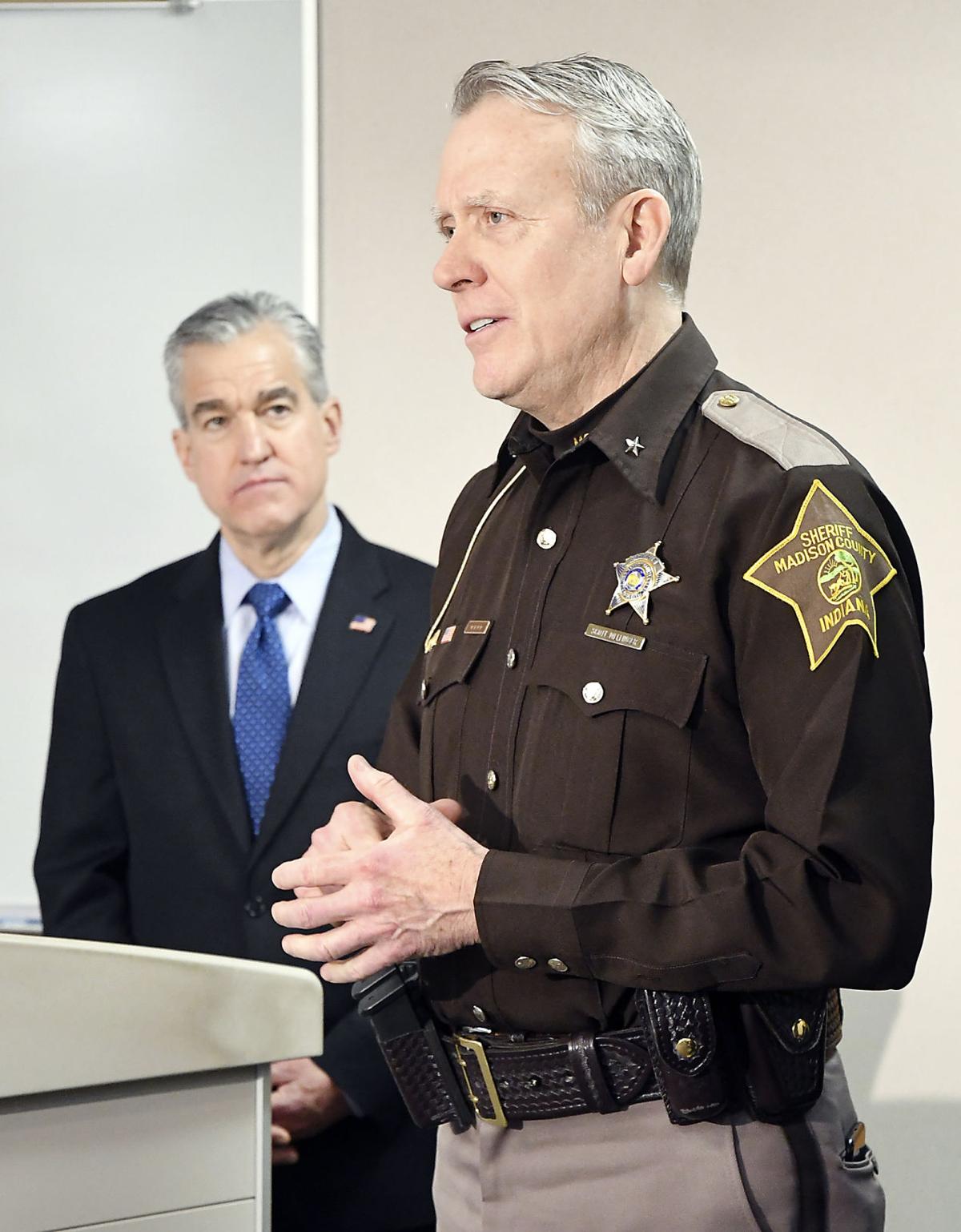 As U.S. Attorney Josh Minkler looks on, Madison County Sheriff Scott Mellinger talks about the efforts made by the Madison County Drug Task Force in more than a year’s investigation into a Anderson drug trafficking organization that let to federal indictments for five people during a press conference Friday. 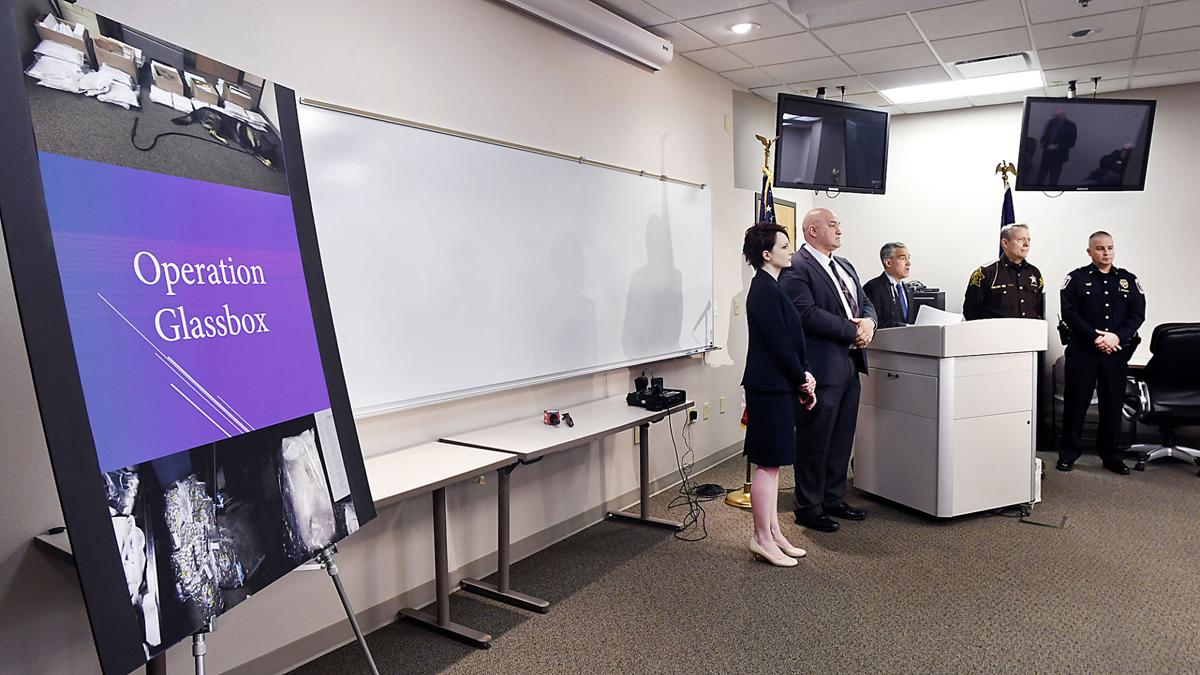 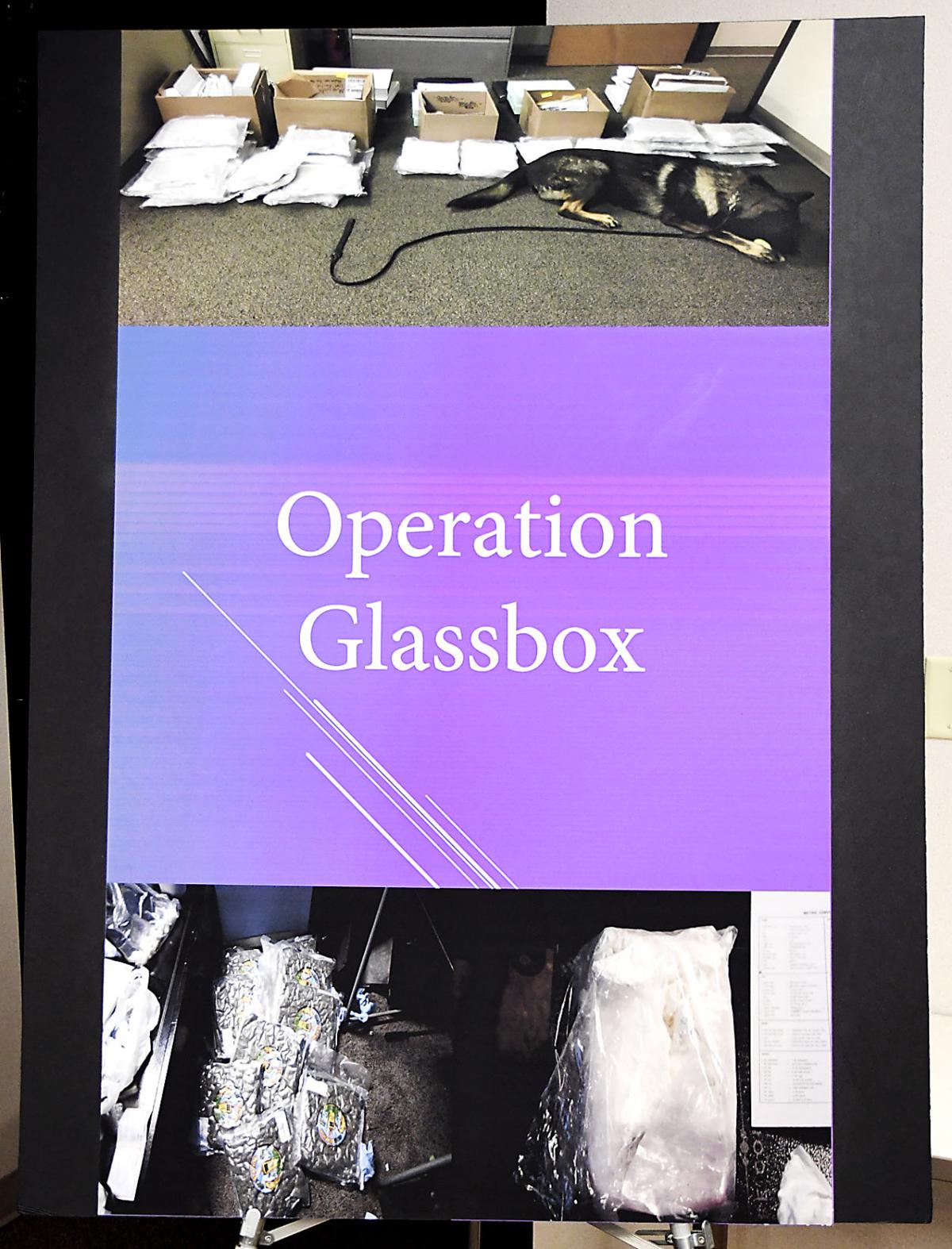 As U.S. Attorney Josh Minkler looks on, Madison County Sheriff Scott Mellinger talks about the efforts made by the Madison County Drug Task Force in more than a year’s investigation into a Anderson drug trafficking organization that let to federal indictments for five people during a press conference Friday.

“This is the biggest drug trafficking organization that has been dismantled in Anderson in the last five years,” said Minkler.

Charles House, 37; Sean Brown, 25; Marcus Hayes-Patterson, 34; and Gregory Hendricks, 34, all of Anderson, in addition to Tommy Compton, 29, of Indianapolis were indicted by a grand jury on Jan. 22 on charges of conspiracy to possess with intent to distribute methamphetamine and marijuana, distribution of methamphetamine and marijuana and unlawful use of a communication facility.

All five men were taken into federal custody on Wednesday.

“Armed drug dealers seeking to infest our cities and our towns – particularly this town – have been taken off the streets,” Minkler said during a press conference on Friday. “A leader of a criminal organization has been taken off our streets.”

Minkler said more than 25 pounds of methamphetamine, 10 pounds of cocaine and other drugs and firearms were seized during a 16-month investigation in Anderson and Indianapolis called Glassbox.

The name of the drug operation is a combination of methamphetamine’s nickname, glass, and the boxes used to traffick the drugs through the United States Postal Service.

“The U.S. Attorney’s Office is committed to identifying and removing violent drug traffickers who have infested our neighborhoods,” said Minkler. “People who choose to earn a livelihood by peddling poison into our communities will be targeted and prosecuted to the full extent of the law.”

He said under federal forfeiture laws, most of the money will be returned to Anderson and the agencies that investigated the case.

“Maybe the greatest example of irony I can think of is drug dealers have a goal to sell drugs to make money and that money will go back to law enforcement investigators that will be investigating drug dealers,” said Minkler. “It will be kept right here and will fund the investigation of future drug dealers being done by Madison County Drug Task Force.”

House and Brown face up to life in prison if convicted, according to Assistant United States Attorney Lindsay E. Karwoski, who is prosecuting the case for the government. Hendricks faces up to 40 years of imprisonment and Hayes-Patterson and Compton face up to 20 years.

The Federal Bureau of Investigation was the lead agency in the investigation, but they were assisted by the Madison County Sheriff’s Department and Anderson Police Department, said Ed Wheele, a supervisory special agent with the FBI.

“Without the support of local law enforcement we, as the FBI, cannot work these cases,” he said. “They are very resource intensive.”

The investigation began in October 2018 after House traveled to California to buy narcotics and mailed them to multiple addresses in Anderson, said Minkler.

The drugs were then redistributed in Anderson by Brown, Hayes-Patterson, and Hendricks.

House reportedly used Compton as a source of supply for marijuana.

Anderson Police Chief Jake Brown, who was unable to attend the press conference, said the arrests should serve as a notice to those engaged in similar criminal activity that law enforcement agencies will work “relentlessly to rid our community of nefarious influences by seeking federal jurisdiction on cases when applicable.”

Brown said his department will continue to identify, investigate, and prosecute individuals responsible for the sale and distribution of drugs in Anderson and surrounding areas.