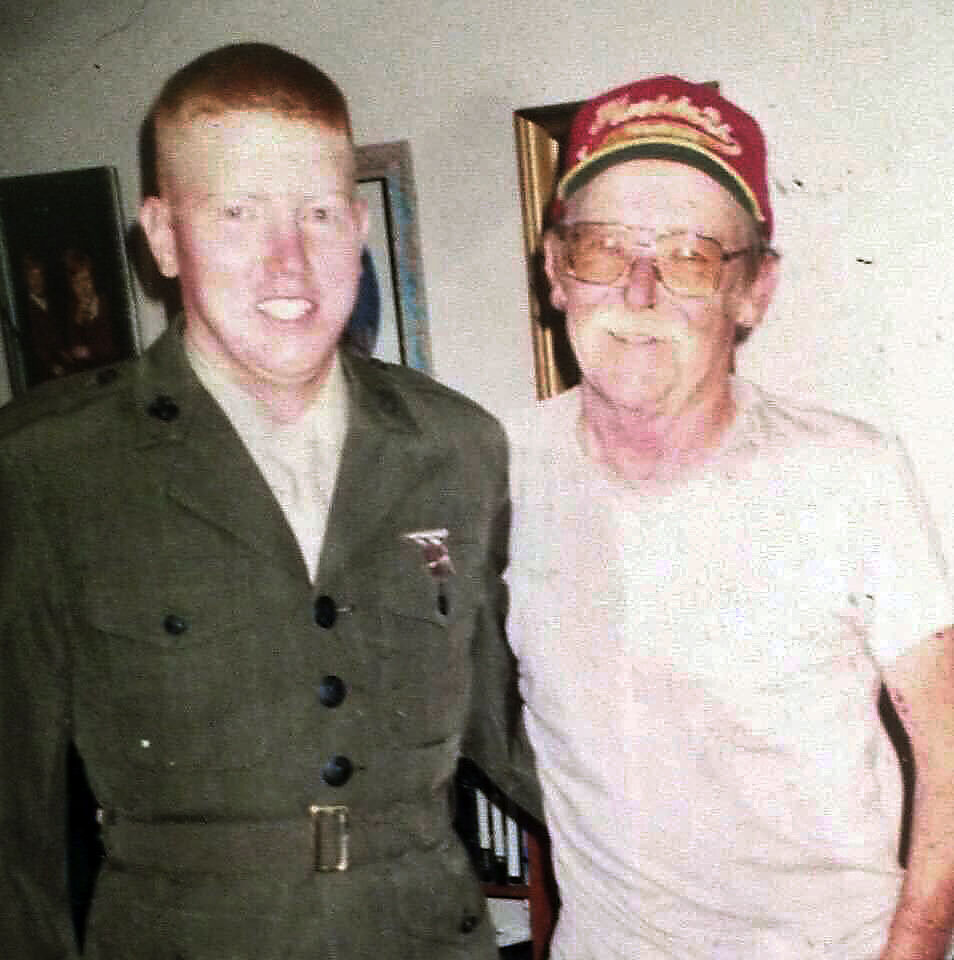 Matt Wright with his father Mike Wright on Sept. 11, 2001. This photo was taken just before Matt left for the Indianapolis airport early that morning. 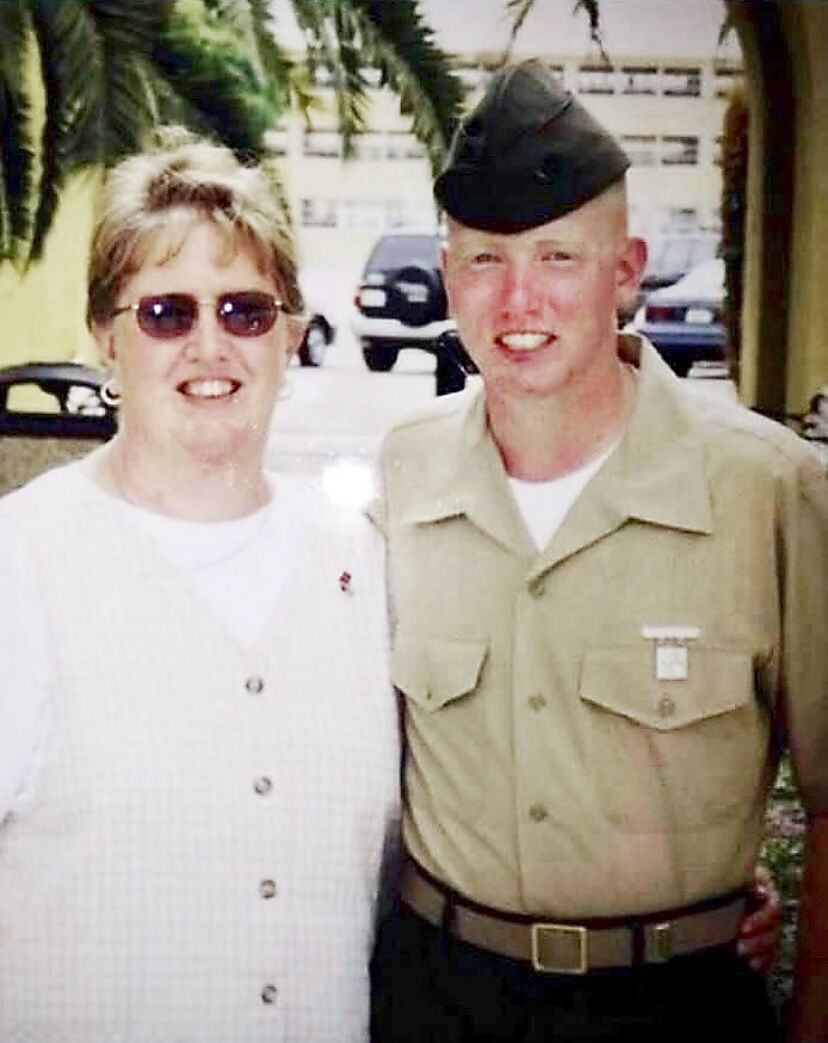 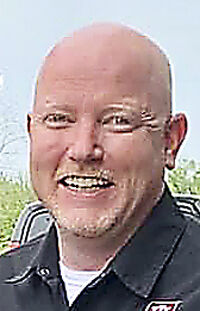 A current photo of Matt Wright, who works for IU Health LifeLine.

Matt Wright with his father Mike Wright on Sept. 11, 2001. This photo was taken just before Matt left for the Indianapolis airport early that morning.

A current photo of Matt Wright, who works for IU Health LifeLine.

PENDLETON — Matt Wright was listening to CDs he had downloaded from Napster on his Sony Discman as he flew cross country from Indianapolis to San Diego the morning of Sept. 11, 2001.

Wright, then 18, had recently graduated from a Marine Corps boot camp and was on his way back to California to infantry school after a 10-day leave in Pendleton.

His mom, Linda Wright, and his uncle had dropped him off at the airport around 8 a.m.

“I would have boarded the plane right around the time the first plane hit (the World Trade Center) or shortly before,” Wright said.

The pilot announced that there was a national security emergency and the plane was landing in Kansas City.

“At the time, my thought was there had been a hijacking somewhere in the area and they were just clearing airspace,” Wright recounted.

Mobile phones were not common in 2001, but as the plane taxied off the runway, someone on the flight made a phone call, then announced that New York had been bombed.

“I was thinking, ‘Why would the Russians attack us now?’” Wright said. “‘The Cold War is over ... and how did they get through North American air defense?’”

Wright later learned that an Islamic extremist group, al Qaeda, had hijacked passenger jets to use in suicide attacks on the World Trade Center in New York City and the Pentagon in Washington, D.C. Hijackers intended to fly a fourth jet into the U.S. Capitol Building, but passengers intervened, and it went down in flames in Pennsylvania.

After leaving Matt at the Indianapolis airport, Linda Wright and her brother, a retired lieutenant colonel in the Air Force, went to get breakfast. As they ate, people started calling her to ask about her son and told her about the attacks.

When his plane landed in Kansas City, Wright was still in uniform. Unsure what to do, he went to a payphone to call home. His father told him what happened and advised his son to leave the airport immediately.

A man, who later was identified as a Marine sergeant, told Wright that he needed to get out of his uniform and took him and another soldier by taxi to a hotel away from the airport.

“We sat in a hotel room for a couple of days watching everything on TV, trying to sort out what was going on,” Wright recalled.

Wright was able to watch news coverage after the attack, but then he was shipped off to finish his training before being sent to serve overseas.

“Every year for 20 years I find something that I didn’t know because I was insulated” in the immediate aftermath of the attack, he said.

Wright never went to Afghanistan but was later stationed in Iraq for most of 2004.

“I was in Iraq when the Bush administration announced there were no weapons of mass destruction,” he said. “It was really disheartening at the time because it kind of took the purpose of the mission away.”