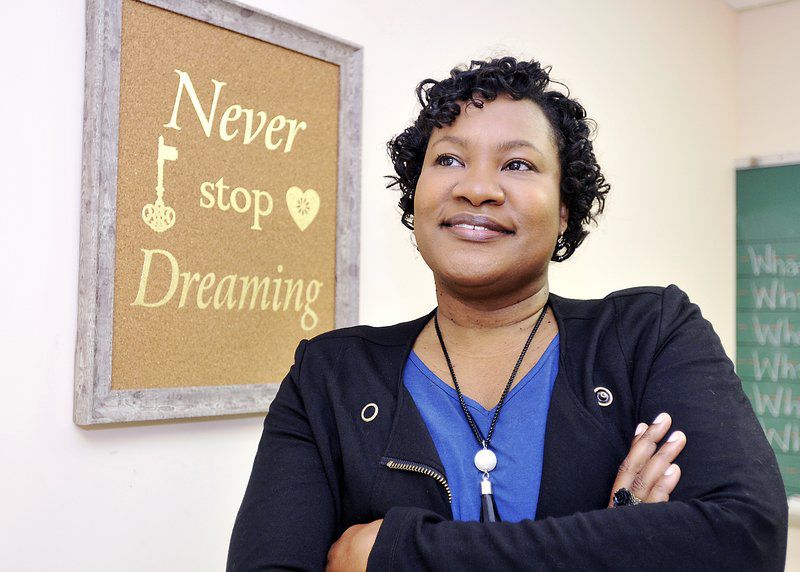 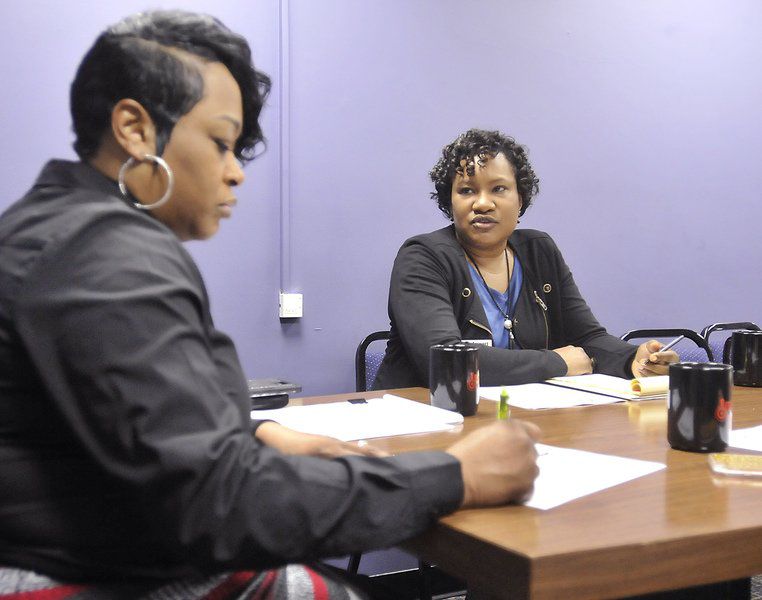 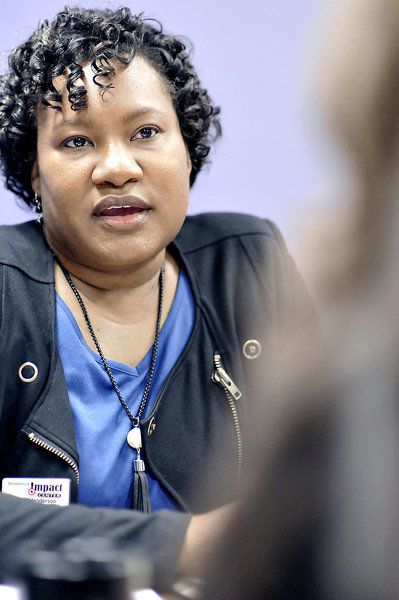 ANDERSON — Part of Mary Baker-Boudissa’s job is dreaming. And the way she sees it, it’s about helping others dream as well.

Baker-Boudissa is an employment coach with the United Way’s THRIVE program, an initiative focused on helping people bring about positive changes in their vocational lives. She sees roughly 15 to 20 clients each week, and although the stories behind their circumstances may vary, she says her goals with each person are similar.

“When you get stuck, you sometimes need somebody to help you get unstuck,” Baker-Boudissa said. “I just do that by talking to them about their goals, and when we set goals, kind of mapping out a way to achieve those goals. Hopefully I can encourage them that they can do it.”

Baker-Boudissa, an Anderson native, left her hometown to pursue a psychology degree at Harvard, then returned to the area to earn a master's degree in educational psychology from Ball State University. The single mother of three worked with Stripped Love, a local ministry that works with exploited and trafficked women, before joining the United Way in 2016.

In her role there, Baker-Boudissa sees herself as part of a support system for those seeking direction. A typical day for her may include a practical matter such as giving feedback on a client’s resume, or an in-depth conversation to help someone define changes to pursue in their career path.

“We consider everybody that comes in here to be capable of achieving their goals,” Baker-Boudissa said. You can be creative and you can be resourceful, and we are all people who are deserving of finding that path to what we consider to be our personal success.”

The Herald Bulletin visited recently with Baker-Boudissa in her office at the Anderson Impact Center to learn more about her passion for helping others and how she defines success in her job.

THB: What do you try to do when you’re getting to know someone who’s looking to make a change?

MB: “One of the first things that we do is we talk about, what are the things you dreamed about doing? I think sometimes life gets in the way of continuing to dream and to dream bigger, and when we dream bigger, we start to push ourselves. We try to move forward and do things that maybe we didn’t imagine were possible. But a lot of times I see in working here that people have kind of stopped thinking that their dreams are possible.”

THB: How do you define success in what you do?

MB: “Success is different for everybody. Some of us take giant leaps and some of us take smaller steps, but as long as we’re moving forward, then that’s always good. There was a gentleman who came to see me who really was very focused on his sobriety, and I think that was just key for him. He said through working in the classes that we have here on job readiness and talking with coaches, what he realized was even though he was an adult in the middle period of his life, that he could go to school again. He could still learn new things, and school had always been a difficult challenge for him. That was an earlier life experience that had kind of gotten him stuck with pursuing more education, and now he’s taking some enrichment classes that make him feel better, but also, he’s been able to start to lead some other groups, to help other people and mentor them in their recovery. That was something that he didn’t know that he could do. He’s found a passion for it.”

THB: What’s the most rewarding part of what you do?

MB: “I just really love working with families, with people who have felt stuck and get unstuck, with people who find that they are capable of amazing things and doing really hard things in the face of adversity. Sometimes I feel guilty because I get a lot out of working with people, and it really enriches my life because it encourages me to see other people achieving their goals and realizing their dreams.”

Hometown Heroes is a weekly series spotlighting those who are making a difference in a variety of areas in Madison County. Each Monday, we’ll publish a feature profile in print and a short video online to bring attention to a person whose good works are improving life in their community.

If you’d like to see someone considered for the series, email the person’s name, phone number and a brief description of the person’s accomplishments to Digital Producer Andy Knight at andy.knight@heraldbulletin.com, or call 765-640-4809.